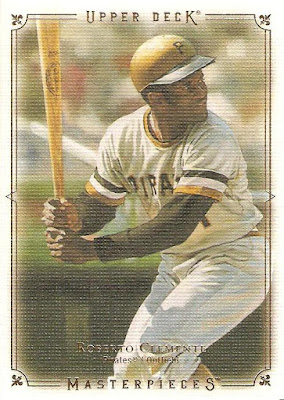 Today marks a significant milestone in my Buyback Franken-set project, 1,500 total buybacks profiled to date!  Just like when I crossed the 1,000 total buybacks threshold, I wanted to feature a special buyback to commemorate the occasion. 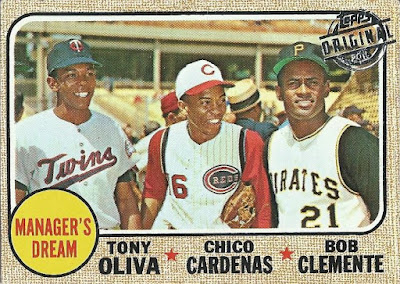 Isn't it beautiful?  1960s Topps combo cards like this are some of my favorite vintage baseball cards, period.  This one in particular is just fantastic, featuring three stars of the game on a sunny day, one of whom is generally regarded as one of the best men (both professionally and personally) ever to appear on a Major League field.

I'm still somewhat astonished that Topps would dare to stamp a vintage card featuring Clemente like this, and I can already hear some folks griping about that.  There are plenty of copies of this card floating around out there though, so if you feel that way go buy an un-stamped one, and let me enjoy my buybacks in peace!  While Topps doesn't really release any specific information about their buyback program (that I know of anyway), I'm fairly certain this is the one and only buyback version of this card in existence.  In all my years of searching out buybacks I've never seen or heard of another. 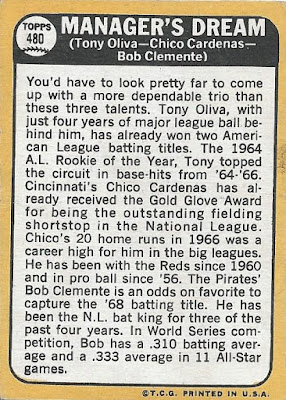 Here's a look at the back.  Slightly mis-cut, but overall the condition on this buyback is relatively surprising.  If Topps was going to stamp a Clemente like this, you'd think they'd have found a beater, or at least one in worse shape than this beauty.

Now, this card is obviously about as close to a lock as I've encountered in the history of this project, but nonetheless let's go through the motions and see what its competition is as far as the franken-set binder goes... 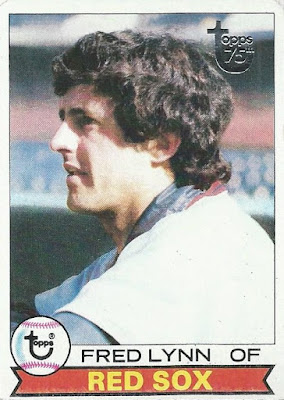 Wow, not a half bad match-up!  I guess it's not surprising that we'd find a star in this slot given that it's a card number divisible by ten.  Even though Fred Lynn's magical 1975 campaign took place years before I ever drew a breath, I still appreciate him as most Red Sox fans do.

The card itself isn't exactly a head-turner I have to say.  The 1979 Topps set has much better examples to offer, and if you've read many of these franken-set posts you already know my feelings on cap-less players. 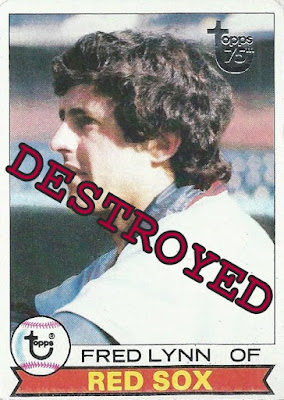 Unsurprisingly, Fred Lynn is immediately ousted from the binder to make way for Tony, Chico and Roberto.

I can't believe I've profiled a full 1,500 buybacks for this project now.  I couldn't think of a more appropriate card to celebrate the milestone with than this one.  Easily a top-five buyback in the entire binder, and I can't imagine there's a card in existence that could possibly bump this one from its slot.

To those of you who have read along, left comments, or even sent me buybacks over the course of this years-long project, thank you so much!  I'm still very much passionate about completing the franken-set, and have just 120 empty pockets left to fill to get there.  I hope you'll join me as I plunge forward into the next 1,500!

Congratulations on that milestone!

I knew you'd come up with something big for #1500. Great card, and kudos to Topps for putting the stamp in a place that doesn't interfere with the card.

Now I'm wondering what we'll hit first--#2000, or the completion of the Frankenset. Either way I'll enjoy the ride. Congrats!

Sweet Clemente. Shame it destroyed the Lynn. That's a great card too.

I might have to research how to get buybacks. Because I don't remember ever seeing anything about them when I've bought packs or blasters.

Well done on 1,500! And if there really is only one stamped Manager's Dream #480 out there, I'd say your Franken-set binder is the best home for it anywhere.

Never thought I'd see a Clemente buyback! At least they put the stamp in a decent place. Congrats on 1,500!

Very impressive! Congrats, and best of luck finishing off your project!

Poor Fred Lynn had no chance! Congrats on adding Clemente & co. to your buyback collection!

I missed this somehow, but that's one sweet card! Congratulations on 1500!