I picked up three packs of 1993-94 Fleer Ultra hockey the other day. You can find the best of the three over at A Pack To Be Named Later. Here are a few choice cards from the other two packs: 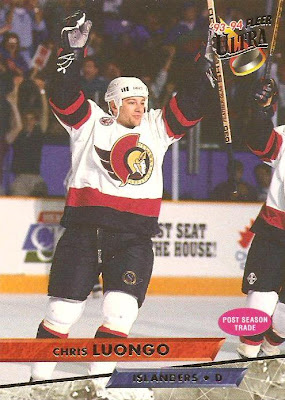 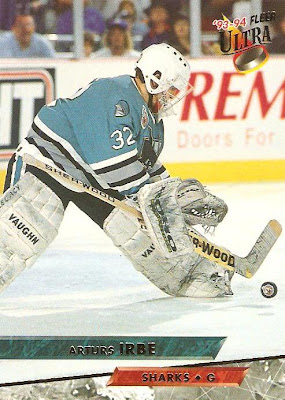 #145 - Arturs Irbe
Random fact: Irbe suffered a serious injury in the 1994 off-season when he was attacked by his own dog. 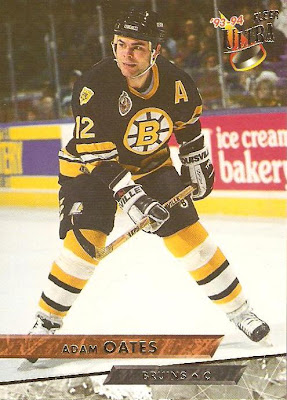 #156 - Adam Oates
Oates would finish third in the league with 142 points in 1992-93. He enjoyed another fine season with Boston in 1993-94 as he again finished third in the point race, this time with 112 points. I'm not sure why Oates isn't in the Hall of Fame. I believe his 1,420 career points are the most of any eligible player not in the Hall. 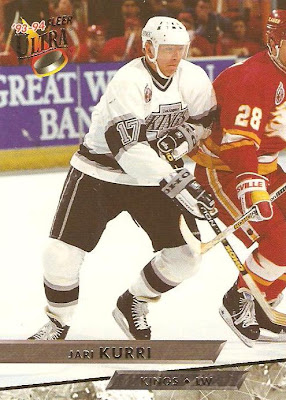 #165 - Jari Kurri
Kurri, Gretzky, and the Los Angeles reached the Stanley Cup finals in 1992-93, but would not be so lucky in 1993-94. They finished near the bottom of the Pacific division and missed the playoffs altogether. 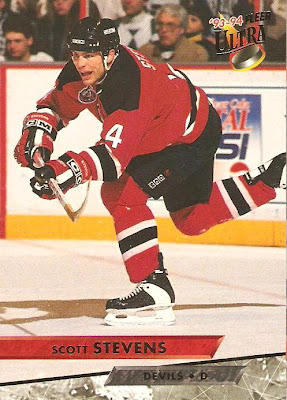 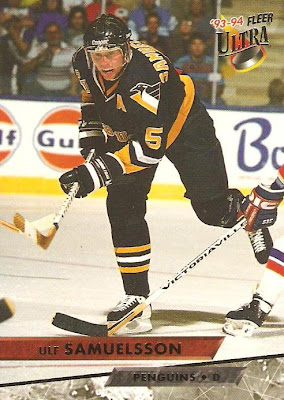 #204 - Ulf Samuelsson
Ulf, along with Ron Francis and another player, was shipped from Hartford to Pittsburgh in one of the most one-sided trades in NHL history. He's also partly responsible for ending Cam Neely's career. 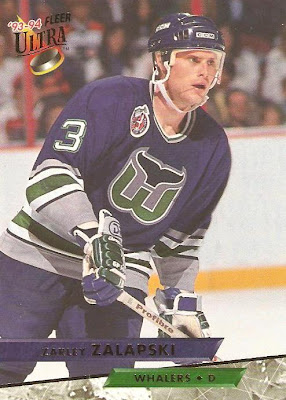 #234 - Zarley Zalapski
Zalapski was part of the same Francis trade but going the other direction, from Pittsburgh to Hartford. He was the only Whaler in the three packs I opened. 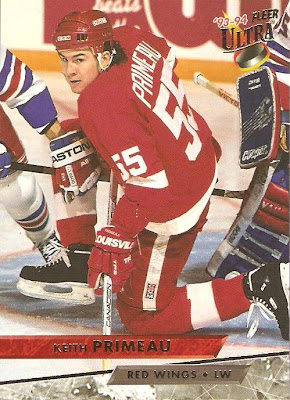 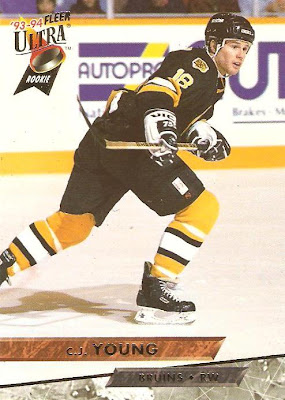 #248 - C.J. Young
C.J. is a Massachusetts guy, so he was probably excited when he was dealt from Calgary to the Bruins during the 1992-93 season. Unfortunately for him, after seeing action in 15 games with the B's that year he would never play in an NHL game again.
Posted by shoeboxlegends at 10:12 AM