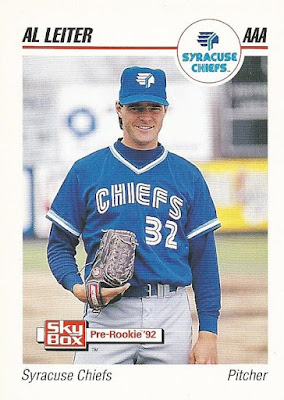 The most recent PWE from Joe Shlabotnik to arrive here at Shoebox Legends World Headquarters was chock full of gems as usual.  Joe usually manages to surprise me with a couple of cards I've never seen before, but in this case he delivered on a couple of sets I'd never seen before.

The Al Leiter above is one example.  Most definitely my first 1992 Skybox AAA card, and I love it.  I mean, what baseball collector wouldn't love a card of Leiter with the Syracuse Chiefs that was printed years after Al made his MLB debut?  Looking at his stats, my guess is that his 27.00 ERA in 1991 is responsible for the time he saw at AAA Syracuse in '92. 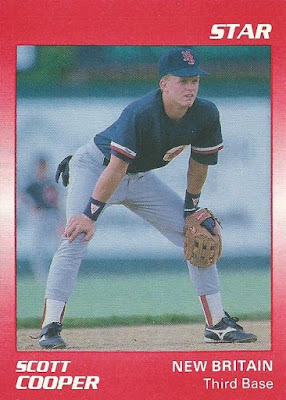 Here's another set that had somehow escaped me until now; 1989 Star.  The four cards Joe sent me from this release are the first of their kind in my collection.  Anyone that collected in the '90s probably remembers Scott Cooper, but how about these other three guys? 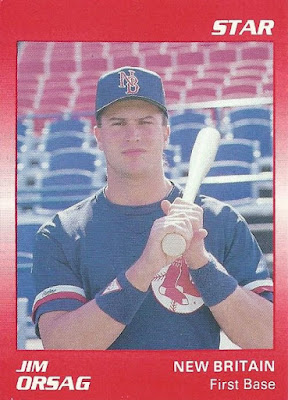 Jim Orsag?!?!  Never heard of the guy, but I sure am glad I received this card as it led me to this great blog post about an epic dugout meltdown. 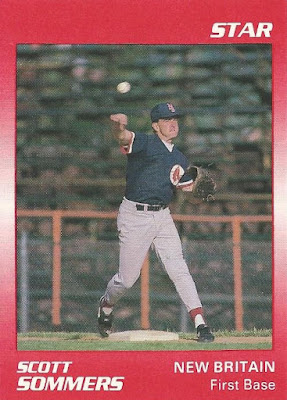 Can't say I've heard of Scott Sommers either, but it looks like '89 was actually the end of the road for him in professional baseball. 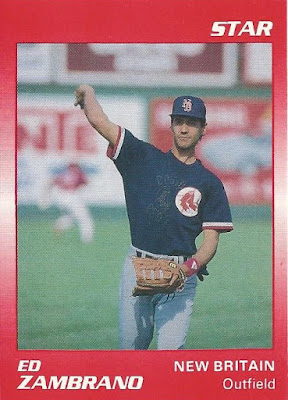 Rounding out the '89 Star cards is outfielder Ed Zambrano.  Ed actually did make it to the Majors, but not with the Red Sox.  The Cubs snatched him from the Sox in '89, and he'd end up playing in 75 games with them between the 1993 and 1994 seasons. 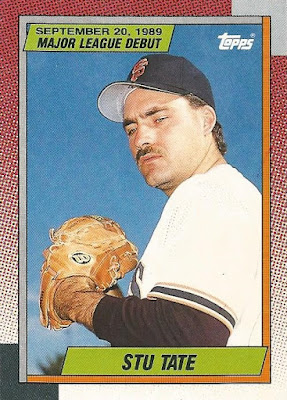 Let's move along to some sets I have seen before.  This Stu Tate is just my second card from the 1990 Topps Debut set, with the other being a Juan Gonzalez that I'm pretty sure I plucked from a quarter box at some point.  In a perfect world, every player who's ever taken the field or had an at-bat would have a trading card out there, but that's just not realistic.  Thankfully, Topps Debut helps us collectors get a little closer to that ideal with cards like this one.  Were it not for this set, Stu (who has two career games to his credit) would probably have been overlooked by the major card companies. 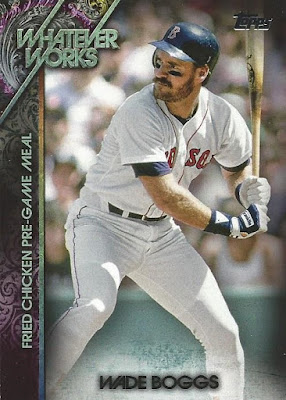 Finally, Joe hooked me up with a nice assortment of cards from the recently released Topps Update set.  The Whatever Works insert set contains just 15 cards, yet 4 of them are Red Sox players.  Go figure.  Thankfully Wade Boggs here is the last of that quartet that I had yet to track down, and this team collector can consider that set complete. 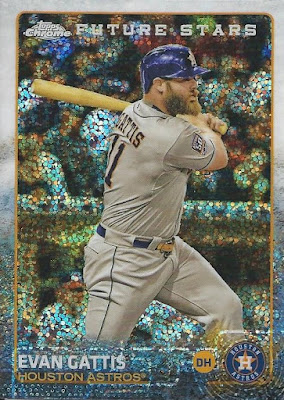 Joe was also kind enough to offer up any of the Chrome Update cards I needed from his box. 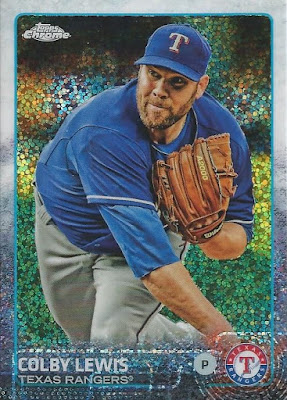 I shamelessly claimed five of them, putting me just shy of the 80% mark on the set at this point. 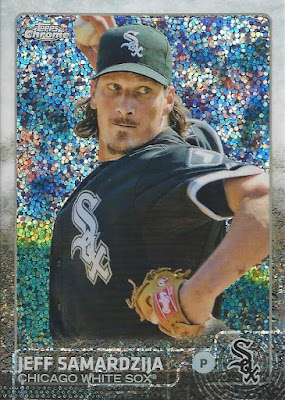 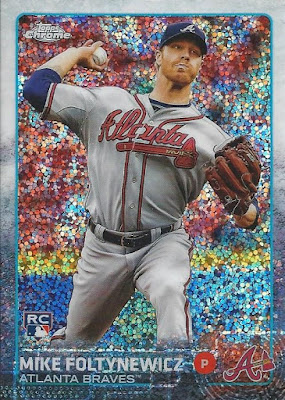 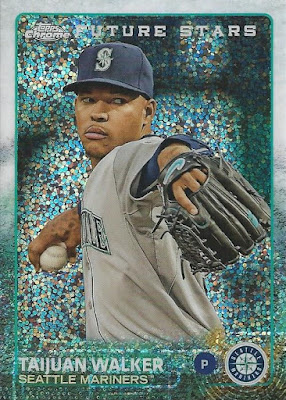 Joe, thanks as always for taking the time to craft a great envelope of cards that are right up my alley!  I dropped a return PWE in the mail for you yesterday which you'll hopefully get to enjoy over the long weekend...
Posted by shoeboxlegends at 8:27 PM

Glad you enjoyed it!

I would love, love, LOVE Topps to resurrect the ML Debut sets. I don't think it's asking for the moon to expect every player who ever suited up to have at least one big league card. Even if it's a card from that little Debut box set, so be it. That's why Topps Total was so great, because they shined the light on those guys who maybe only played seven games or had 15 ABs.

So, Topps, if you're reading (and why wouldn't you be?), please bring back one or the other of ML Debut or Total. Or, hell, BOTH!!!