A Monday state holiday results in a nice long, summer weekend for me this weekend.  To get things rolling here's a backlog of baseball cards that recently got scanned in and added to my collection as I cleaned off my card desk... 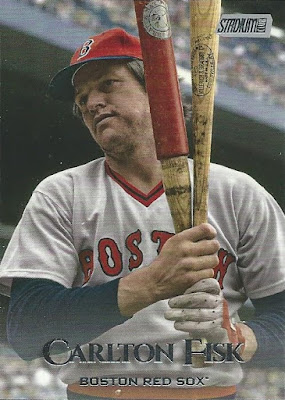 The one set that I caved and picked up a couple of retail packs of this year is Stadium Club.  Happens every year, in fact for the past few seasons this has really been just about the only set that has interested me enough to collect it.  You've all seen the images from this year's release many times over by now, but I did want to lead the post off with this fantastic Carlton Fisk card that I pulled from my limited sampling.  Just awesome! 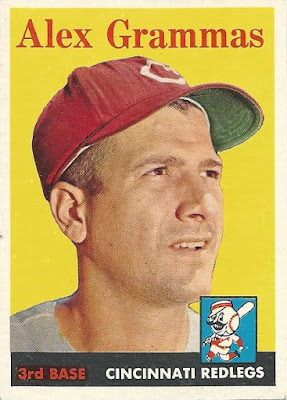 Tracking down new cards from the '50s continues to be a top priority for me.  Up next I've got a trio of commons from the '58 Topps set that are in fantastic condition.  Third baseman Alex Grammas of the Reds (I'll never tire of that Mr. Redlegs logo)... 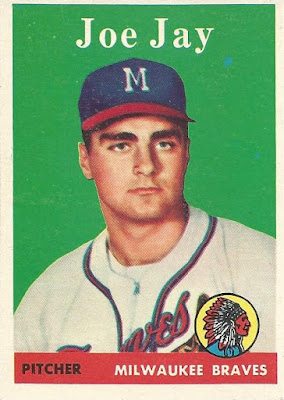 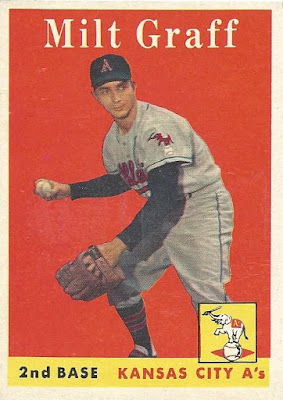 ...and second baseman Milt Graff of the (Kansas City) Athletics.  Another great logo here.  Each of these was snagged from a dollar box long ago, nice to formally add them to the cataloged collection now.  Normally I wouldn't fork over $1 each for commons from this set, but these were in such amazing shape I really didn't mind. 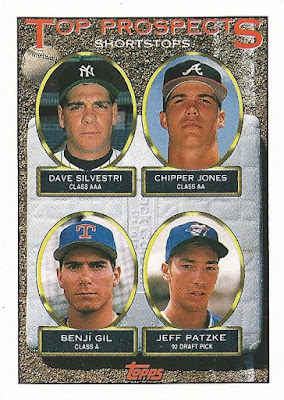 I'm continuing to slowly work through my Cello Box of 1993 Topps Series 2 baseball, purging most of the cards I'm pulling but keeping a small handful of highlights from each pack.  I've got another ten keepers in today's post, including this early-career Chipper Jones.  Not technically a rookie I don't think given that he was included in the 1991 set, but a very cool card nonetheless. 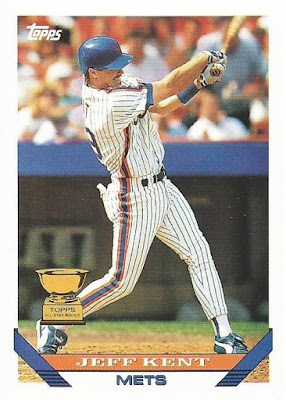 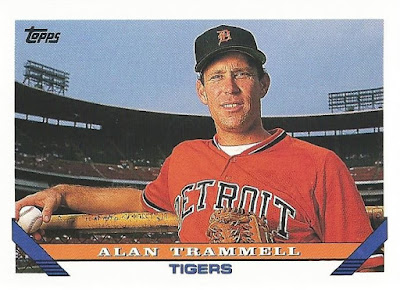 It seems to me that this Alan Trammell is one of the more memorable cards from this release, and with a photograph like that it's easy to see why! I kept this Gold parallel of Darryl Strawberry's card, however in retrospect I'm not sure why.  I enjoyed Strawberry as a player and all, but I don't collect him or anything, and this is actually not a really great image in my opinion.  This will get moved to the purge pile at some point. 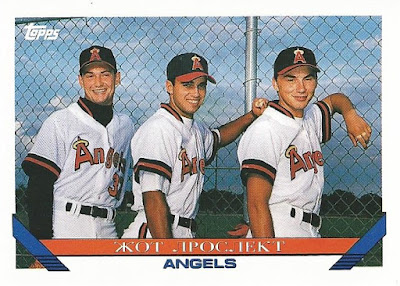 Remember this card, featuring three Russian pitchers?  Kind of gimmicky I know, but more interesting than yet another no-name common at least.  I'm hanging onto it just because it's so different. 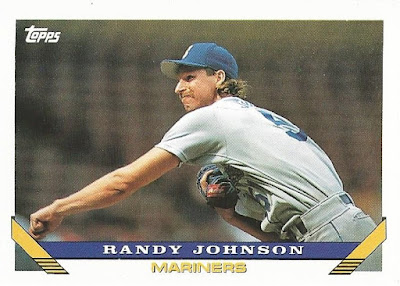 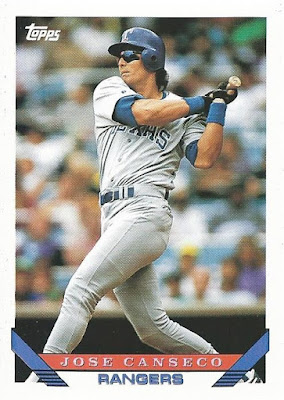 Last night I watched the 30-minute "Bash Brothers" special on Netflix that Andy Samberg produced.  The best way I can describe it is a musical mock-umentary of Jose Canseco and Mark McGwire done in an '80s rap format.  It's as strange as it sounds, but I found myself laughing hysterically more than once. 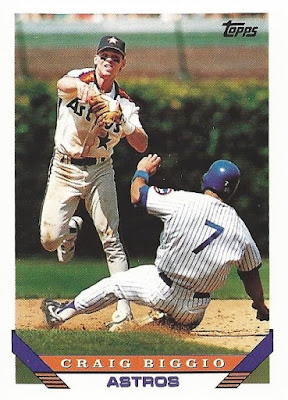 A classic double-dip shot of the great Craig Biggio. 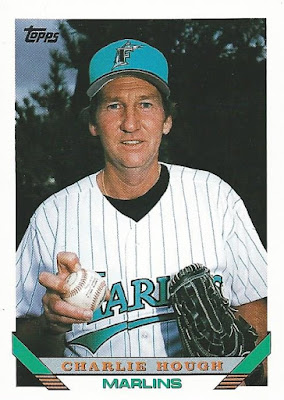 I love this photo of an aged Charlie Hough demonstrating how to grip his patented knuckle-ball.  I think this is an under-appreciated card in this set. 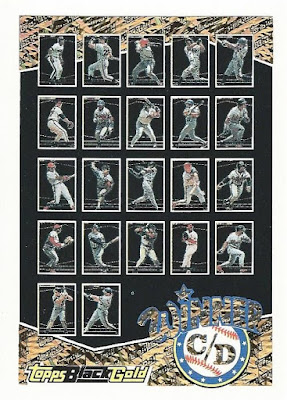 Hey, I'm a winner!  I would have been beyond excited to pull one of these as a 10-year-old in the summer of '93!  Alright, that's enough '93 Topps for today, let's look at a few modern cards. 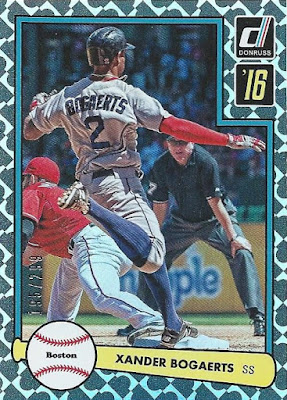 Even though the Red Sox have been a disappointment so far in 2019, Xander Bogaerts is having the best season of his career.  I continue to collect him, and I've got three new entries from 2016 Donruss today.  This holo-something or other parallel of the 1982 Donruss insert is numbered to /299... 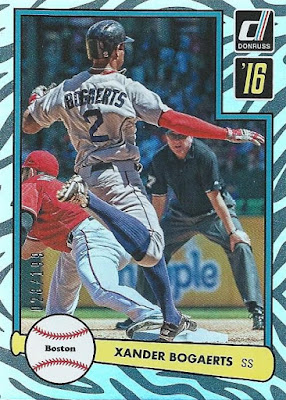 ...and this holo-something or other parallel of the 1982 Donruss insert is numbered to /199.  I'd imagine these really only appeal to a player or team collector.  They're certainly bright and shiny. 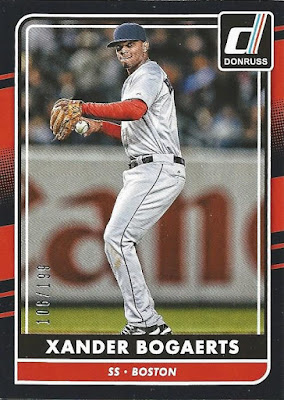 From the same set, here's a black parallel (/199) of Bogaerts' base card.  With these three included, I'm now up to 145 cards and counting of the Red Sox All-Star shortstop. 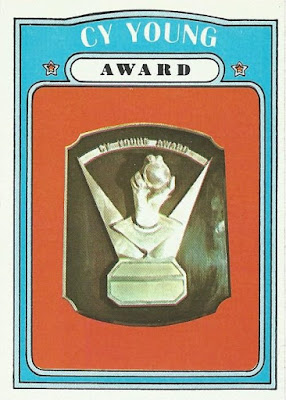 Lastly, a pair of vintage cards before I move on with my day.  This Cy Young Award '72 Topps card is relatively high-numbered (#623), and in great shape, so I figured it was worth $1 when I was perusing an eBay seller's inventory that offered free combined shipping. 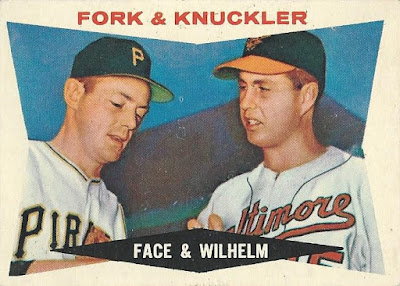 In closing, a fantastic combo card courtesy of 1960 Topps!  Without really focusing on it specifically, I seem to be acquiring a fair number of cards from this set.  I'm not chasing it, but I'm up to 75 now.

Well, I'm off to run some errands, attend a family cookout, then enjoy a night out in Providence.  Hope everyone has a great Saturday, and thanks for stopping by!
Posted by shoeboxlegends at 9:03 AM

1993 Topps is a set I feel like I should go back and look through. Some great cards in that set!

Too funny... I just acquired that "Fork & Knuckler" card to complete my 1960 Topps Orioles team set. All y'all will be seeing that on my blog at some point. :-)

Those 58's are really nice. Also, I just found that same Hough and Trammell cards while organizing a monster box the other day.

Just picked up two 1993 Topps sets at the flea market and was planning a Saturday Night Five post with my five favorite cards from this set. I see a couple of contenders in this post.