I recently completed a quick trade with Hackenbush from Can't Have Too Many Cards. I've read his blog daily for years so I was glad we were able to make a swap.  The trade was initiated when I claimed some Red Sox cards from a disappointing 2013 Topps blaster and agreed to send some 2013 Topps Cubs in return.  A few days later I received an envelope containing these four cards: 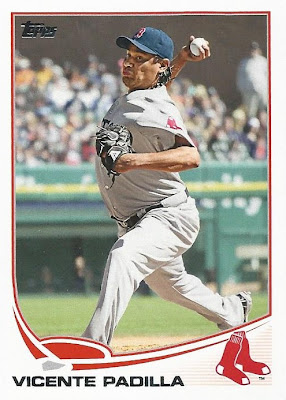 Vicente Padilla base.  This was the one card in the package I already had.  In fact, I seem to have an uncanny ability to pull this card.  This may be my 4th or 5th copy! 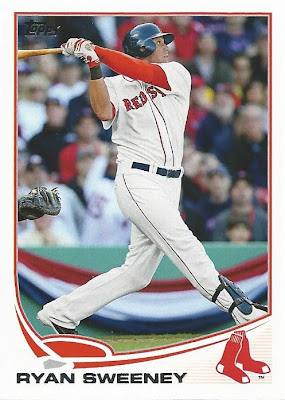 Ryan Sweeney base.  I like this photo, which seems to have been taken on Opening Day. 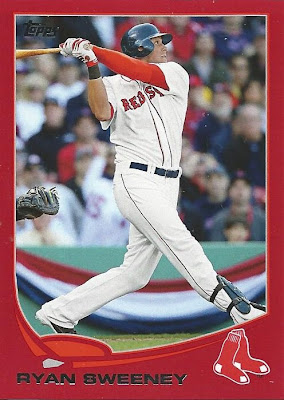 The Target red parallel looks pretty nice as well!  All of my 2013 Topps cards came from Target, but I wasn't fortunate enough to pull many Red Sox red parallels, and definitely needed this one. 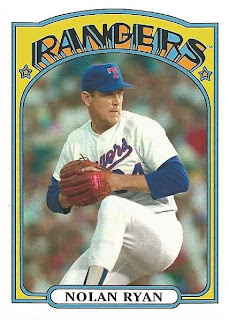 Last but not least, my favorite card of the bunch, a Nolan Ryan '72 Mini.  Just a great card.  I'm chasing the mini set, but also casually collect Nolan Ryan so this is one of my absolute favorite cards released so far in 2013.

Thanks for the great trade Hackenbush!
Posted by shoeboxlegends at 9:00 AM