I'm always making comments here about how far behind I am when it comes to scanning, posting and mailing packages. Today's post is a good example of just how far behind I really am. Back in September, I attended a very small card show in Woburn, MA.  I started to post my cards from the show back then, including a Topps Ryne Sandberg rookie, and probably the best football card in my very small collection.  Today I'll finally round out the rest of my haul from that show with 13 cards plucked from dollar boxes: 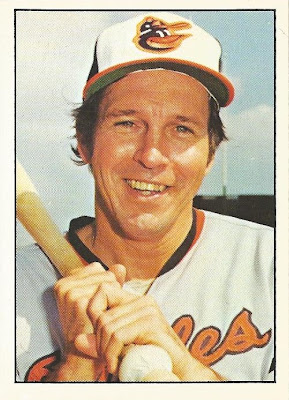 I know it's an SSPC card, but what a great photo, and I can't pass up on a Brooks Robinson card from 1975 that I don't have for just $1, regardless of who printed it. 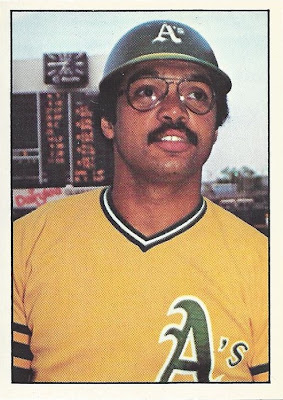 Ditto.  I like Reggie much more as an Athletic. 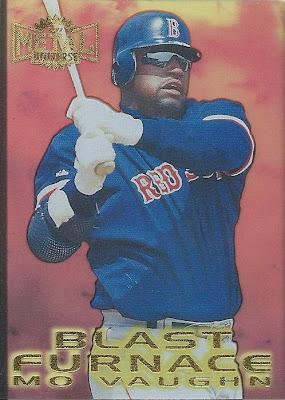 This Metal Universe card is acetate, which is why you see the black line along the left edge of the scan.  That's just shadow from the edge of my scanning bed coming through.  In fact, this card is the reason this post took so long, as I told myself I was going to re-scan this before posting it.  Maybe another day... 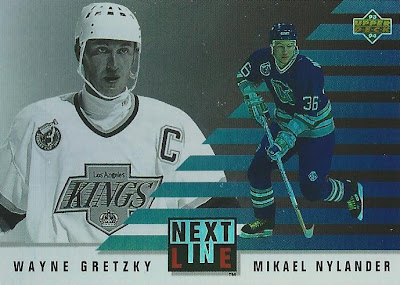 Killed two birds with one stone with this dollar, a new Gretzky card and a new addition to my Whalers collection. 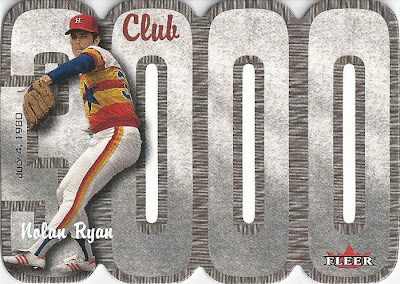 I saw one of these in a Thorzul Card Wars video previously and thought it looked interesting.  A very well done die-cut. 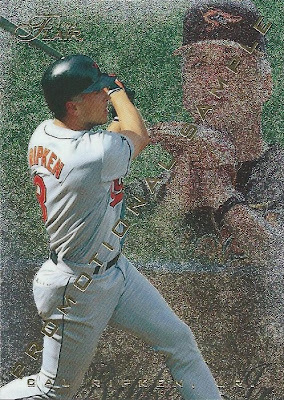 Ah, the days of promotional samples. 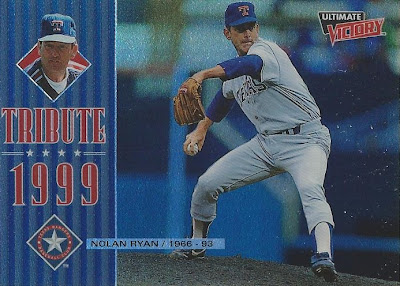 Another Nolan Ryan I knew I didn't have. 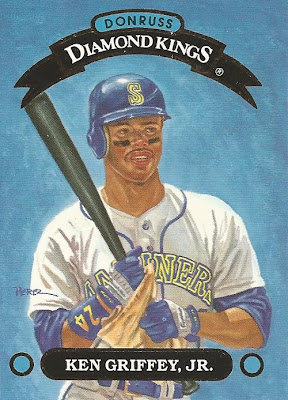 I'm a sucker for Ken Griffey Jr. cards, especially anything from his early days with the Mariners.  What can I say, if you spent as many hours as I did as a kid playing Ken Griffey Jr. Presents Major League Baseball on Super Nintendo you'd understand. 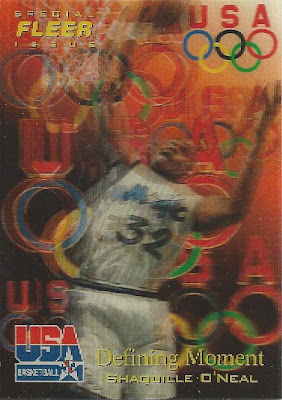 That show wasn't all about baseball though, I strayed and picked up a couple of Shaq cards.  This one obviously looks better in person, and uses Sportflics-type technology.  Apparently it's from the 1996-97 Fleer USA Basketball set. 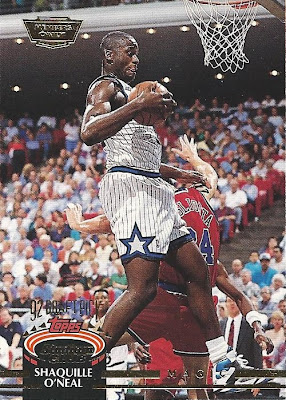 I grabbed this Member's Choice parallel as well.  Who knows how long I'll keep these two cards but they grabbed my attention enough to shell out a buck for anyway. 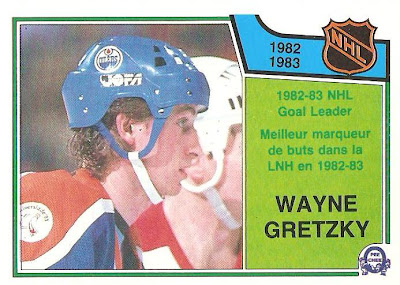 Finally, we have not one... 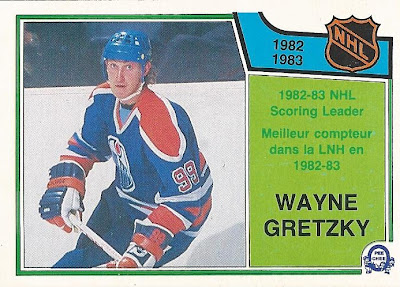 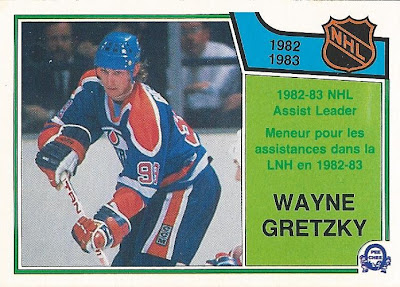 ...but three Wayne Gretzky League Leader cards from the '83-84 O-Pee-Chee set (cards #215, 216 and 217 in the set).  These came from the same guy who I bought the '83 Topps Sandberg rookie from.  I couldn't pass on three mint early-'80s O-Pee-Chee Gretzky cards for a buck a piece, especially since I knew I needed at least one of them.  Turns out I already had the first, but needed the second two.  I don't think I'll have much trouble trading that double away.

Alright, feels good to have that one done, even if it is six months late...
Posted by shoeboxlegends at 8:37 AM

Great grabs! I need to find a bin with those Gretzky's for a buck a piece. Getting close to finishing up my 83-84 set but a few of those leader cards stand in the way.

Better late than never. Nice pick ups for a buck.