Happy Fourth of July everyone!  Still hoping to unload these baseball cards that are cluttering up my card desk, so let's sweeten the pot. First to leave a comment and send a Paypal payment of $25 to shanediaz82 at yahoo dot com will receive all of the following... 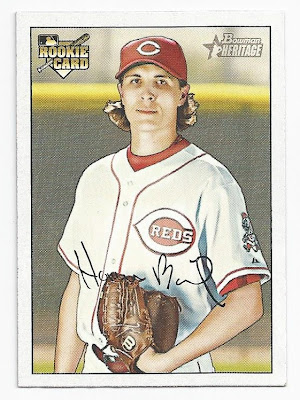 Let's throw in a Homer Bailey rookie card from 2007 Bowman Heritage.  If two no-hitters can't get this lot moving them I'm really in trouble.  In addition to Homer's rookie I'm also going to toss in three emerald parallels from 2013 Topps Series 1: 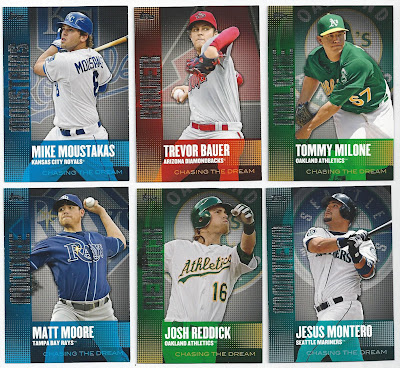 ...and 6 Chasing the Dream inserts.  Not only that, but all of the below cards are still included... 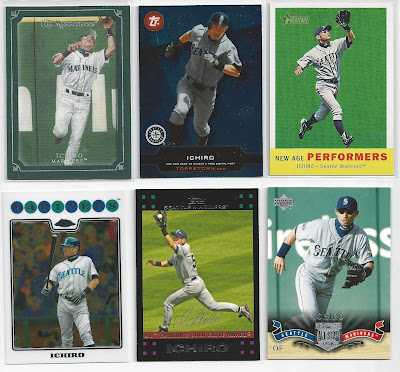 Half a dozen Ichiro cards, with a couple of notable cards in the lot.  Masterpieces green framed parallel is nice, especially for a Mariners card with a green outfield wall in the background.  Also a Topps Chrome, Heritage insert, Upper Deck All Star Classics, etc.  Best of all, these six depict Ichiro with his real team, the Seattle Mariners.  In addition to these Ichiro cards you'll receive:

Three of the framed parallels that everyone loves so much from last year's Gypsy Queen set.  Three big name Hall-of-Famers here in Mathews, Gehrig and Mantle, pains me a bit to part with these but I just have too many cards and it's time to condense. 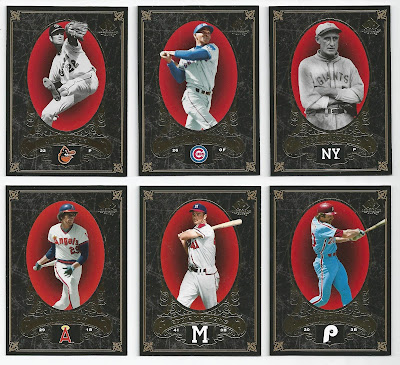 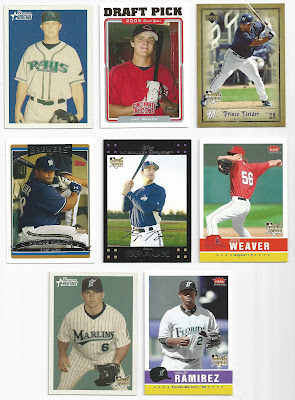 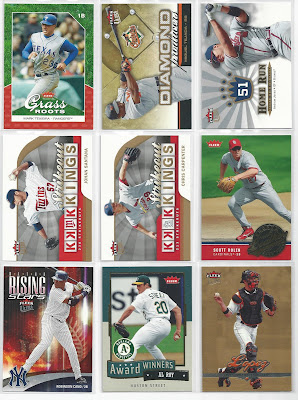 Be the first to leave a comment and send a Paypal payment and I'll ship these 42 cards to your door.  Act now, or, wait it out and see what else gets added to the pile...
Posted by shoeboxlegends at 11:16 AM