Adrian Gonzalez, We Hardly Knew Ye - Base Cards, a Relic and an Auto!

I'm casually collecting as many cards as I can of Adrian Gonzalez from his short time with the Red Sox. Here are some more recent additions... 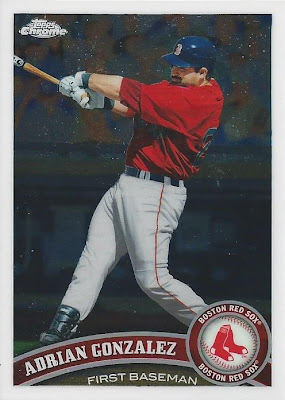 At the beginning of this project I started grabbing up the rarer, more expensive cards figuring I could always circle back around on commons.  Recently I did just that, nabbing a bunch off of Sportlots on the cheap.  I had quite a few colored refractor parallels of this 2011 Topps Chrome card, but not the base until now... 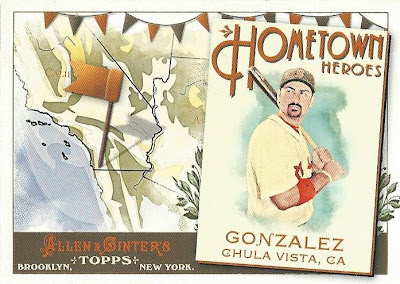 Here's one of those Hometown Heroes inserts from 2011 Allen & Ginter, where we learn that Adrian is from Chula Vista, CA.  I've never been, but I have been to San Diego which is not too far and it was absolutely beautiful.  I'm sure Chula Vista is a very nice place. 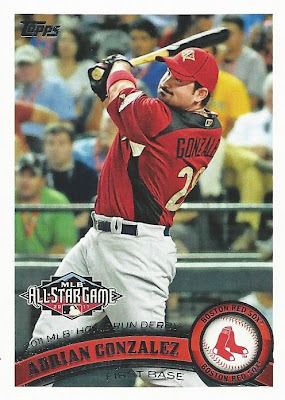 Topps went a little overboard in 2011 with Gonzalez cards, I think they just got caught up in the hype of him being dealt to Boston.  This is one of quite a few cards Adrian has in the 2011 Topps Update set. 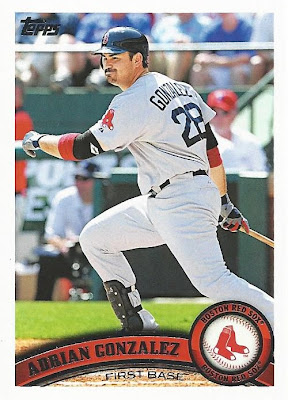 Here's another, card #US1 which leads off that set. 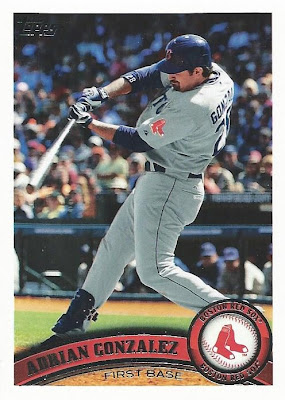 Sticking with the 2011 Topps theme, here's his base card from Series 2. 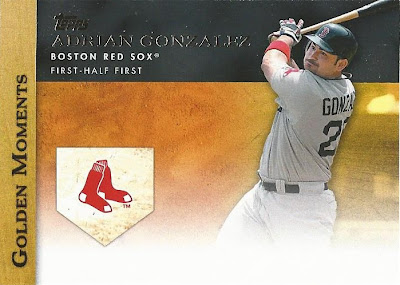 At first glance I thought this was a double, as I received one of these in a recent trade package, however I learned that Adrian was included in the Golden Moments insert set in Series 1 as well as Series 2 last year, so this is indeed a new one for me. 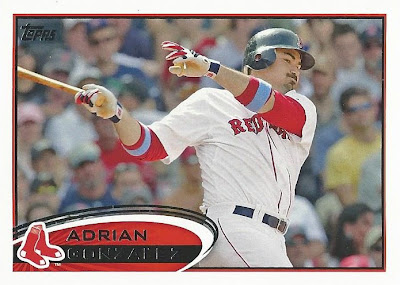 I somehow managed to avoid obtaining a copy of Adrian's 2012 Topps base card until now.  I must have at least a dozen or more versions of this card by now between parallels, Topps Chrome, printing plates, etc... 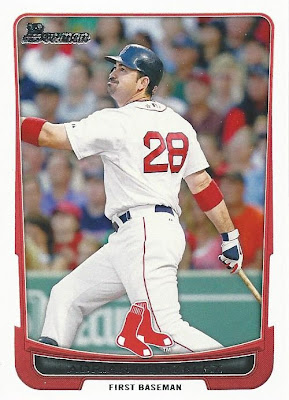 Closing out the lower-end cards we have a Bowman base card.  To keep things a bit more interesting let's see a couple slightly nicer additions... 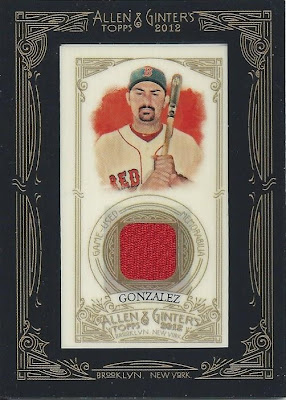 Here's a nice, bright red relic from 2012 Allen & Ginter.  I already had Adrian's 2011 Allen & Ginter bat relic, so this card is a nice companion.  Relic cards don't do a whole lot for me admittedly, but I at least like the variation of the red swatch on this one. 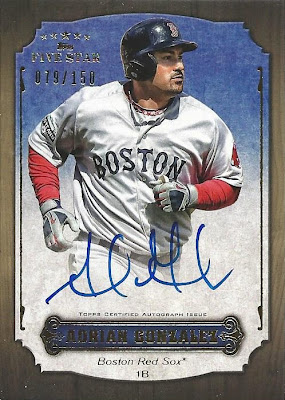 Last, but certainly not least, here's my second Gonzalez auto!  This one comes from 2012 Topps Five Star, which were really nice cards providing you can find one like this that doesn't have chipping all over the borders.  I love the look of these cards, and this one set me back just $10.99 courtesy of COMC. 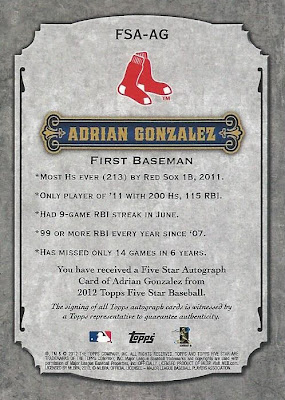 There you have it, an even 10 new cards towards the project.  I'm about 2/3 of the way to my goal of 100 unique Gonzalez Red Sox cards now, here's the current tally: