1953 Topps Project - Before Deion Sanders There Was Gene Conley 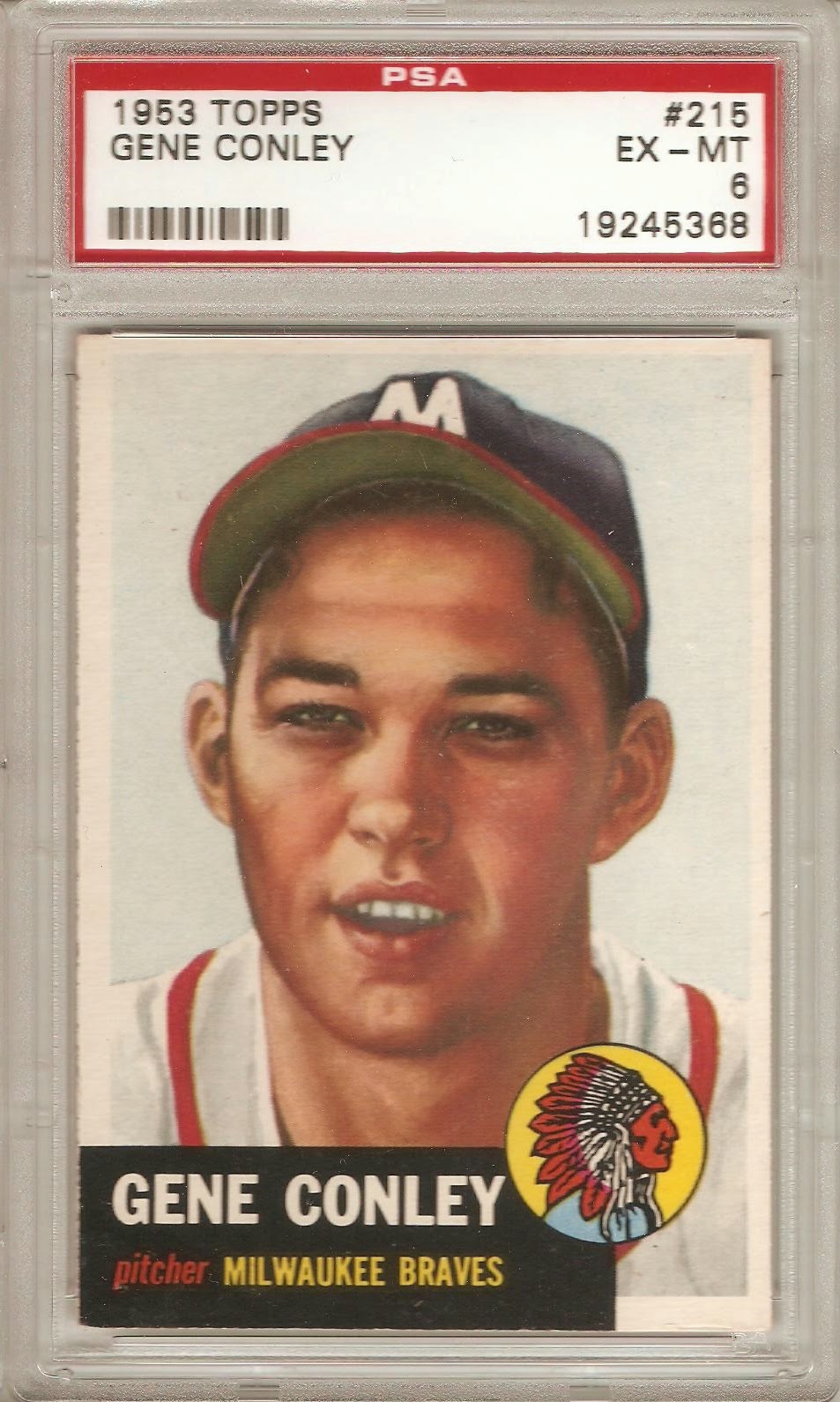 On its face, it's not the most exciting card, with sort of a generic painting and nothing happening in the background, but I actually think it's one of the more under-rated cards in the set for a couple of reasons.  At #215 on the checklist, Gene represents one of the final cards in the third printing run for this set (which ends at card #220).  One thing that's cool about the card is that the Braves franchise moved from Boston to Milwaukee in 1953.  While the Braves cards in Series 1 and 2 of the '53 Topps set refer to the team as the Boston Braves, you can see on Conley's card that beginning in Series 3 the team was referred to as the Milwaukee Braves.  I guess that makes this one of the very first Milwaukee Braves cards.

As far as the card's subject, they don't come much more interesting than Gene Conley.  Not only was he at times an exceptional pitcher at the Major League level (four time All-Star in an eleven year career), but at 6'8" he was one hell of a basketball player as well.  Enough so that he carved out a career in the NBA with my hometown team, the Boston Celtics, alongside his baseball career!  By the time this card was printed he'd already played many games with the Celt's in the '52-53 season.  After a few years off dedicated to baseball, during which he won a World Series with Milwaukee in 1957, he'd return to basketball (while still playing baseball as well).

Playing power forward next to some center named Bill Russell, "Long Gene" Conley helped bring three NBA Championships to the city of Boston in the late '50s/early '60s.  He's one of just two athletes to win championships in two of the four major North American sports, pretty impressive!  Conley even came to play for the Red Sox for a few years before retiring from the game(s). 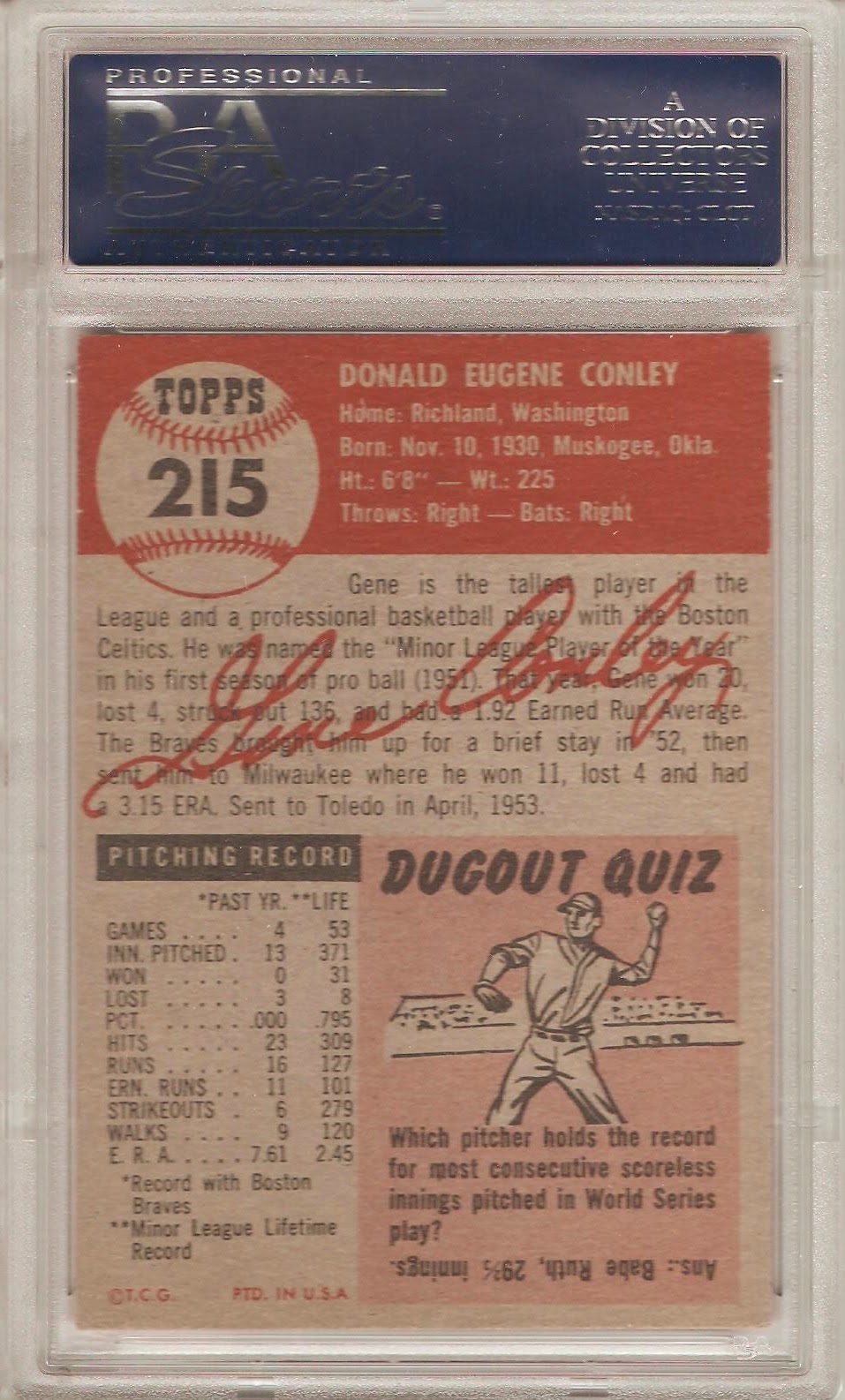 As a Boston sports fan I really should make an effort to track down some more of Conley's cardboard, he's certainly one of the more fascinating Boston sports stars I've ever come across!

Great post. Always been fascinated by 2 sport athletes. And up until today... I had never heard of Mr. Conley.