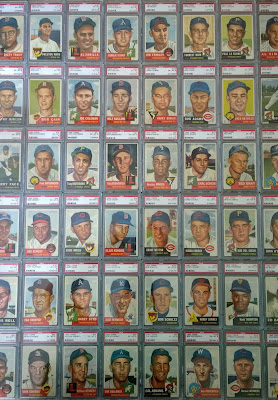 A little over a year ago now, I broke down and sold off the majority of my graded 1953 Topps set attempt.  I saved more than 50% of my proceeds from the sale in my rainy day fund, but set aside a hefty $750 of the proceeds for funding new cards for my collection.

In the first post in this series I covered the sale itself.  In the second post, I started sharing my pick-ups with the resulting windfall in the form of 16 1953 Topps cards from COMC to re-initiate my set build in raw format.  In the third post in the series, I picked up another 33 raw '53 Topps cards courtesy of eBay.  Then, in the fourth post this past May we looked at a batch of graded '71 HOFers that I landed.

Today I cover the next purchase, which was 22 more 1953 Topps singles towards my revamped set build!  I picked these up off of eBay at a price point that worked out to $2 and change per card on average ($54 for the entire lot). 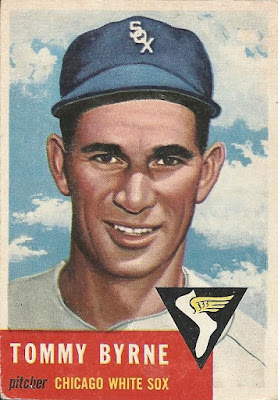 I won't provide commentary for all 22 of these, but generally speaking you'll see that they're all in similar condition to this first card of White Sox pitcher Tommy Byrne (who was nicknamed "Wild Man" due to his control issues).

I don't expect my cards for this set to be anywhere near perfect.  Certainly don't mind a dinged corner or a faint surface crease.  I'm just concerned with good overall visual appeal. 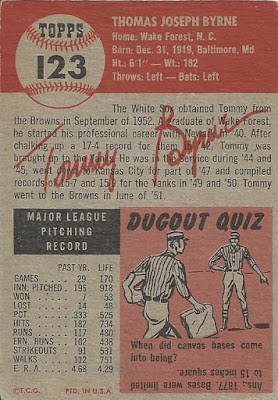 I won't show the backs for all 22 cards either, in the interest of preventing this post from getting entirely too long.  Since they're some of the greatest card backs in history though, I had to show off at least one. 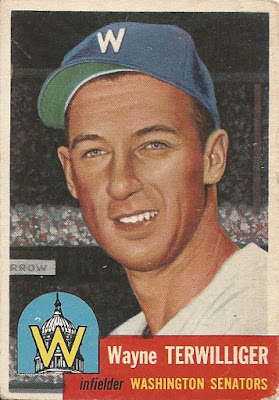 Wayne Terwilliger, who played Major League Baseball between 1949 and 1960, is still alive and kicking today at age 95! 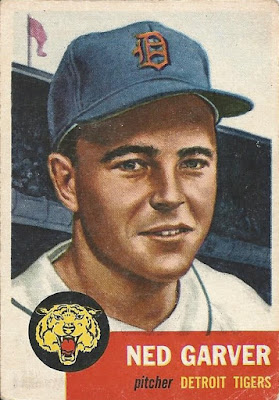 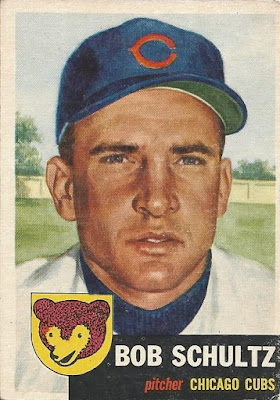 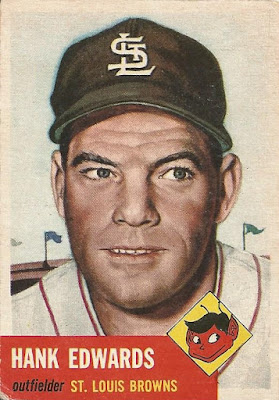 I've mentioned it numerous times throughout the long life of this blog, but I'm very fond of the St. Louis Browns logo used in this set. 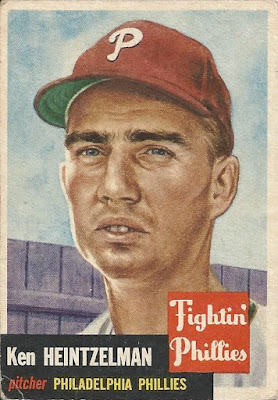 Ken Heintzelman's lower left corner is particularly dinged compared to most of my others, but I'll have to get used to those types of things if I ever hope to acquire guys like Willie Mays from this set.  Like I said up top, all good here condition-wise. 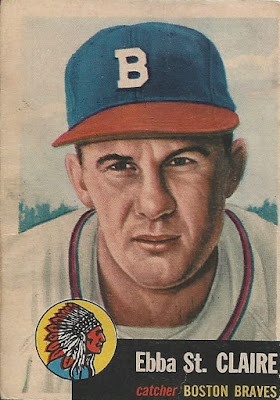 One thing I forgot to touch on was centering.  To me as a vintage collector, it's a bigger deal than corners, or even mild surface creasing.  For that reason, this Ebba St. Claire is maybe the only card in today's post that I could see myself upgrading someday.  For now, this copy was like $2, so more than happy to have it as a placeholder. 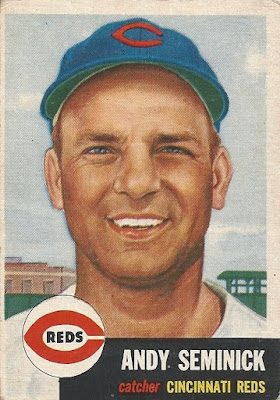 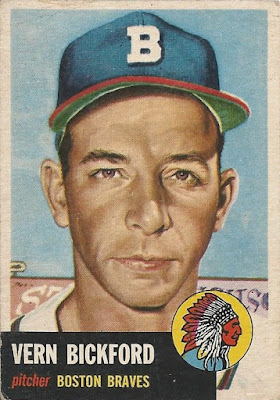 Safe to say that you won't see Topps using a logo like this on a modern-day baseball card ever again. In these earlier-series cards, the Braves are referenced as the Boston Braves.  That would change later on in the year. 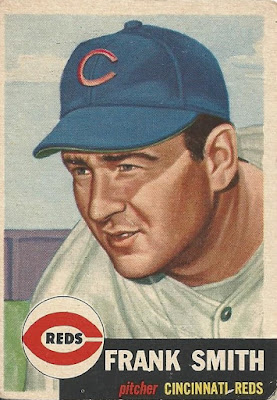 I like the image on this Frank Smith, the shading on his face from his cap looks pretty good to me. 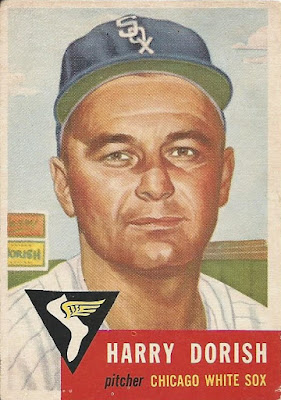 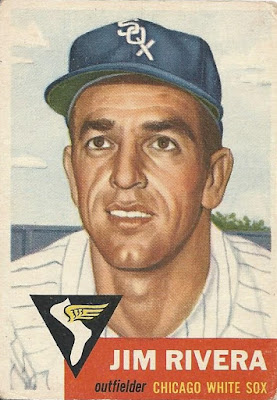 "Jungle" Jim Rivera!  This is one that I'd sold my graded copy of, so happy to have it back in my raw set build now. 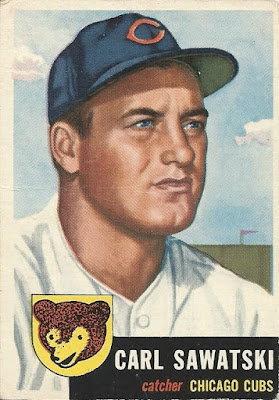 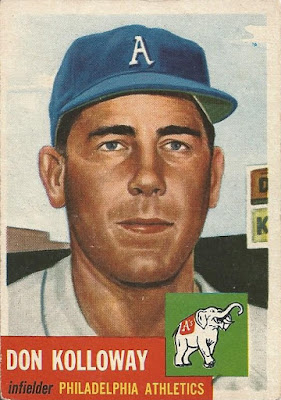 A nice look at the Philadelphia Athletics elephant.  To me, those two signs at right almost look like the same two featured on Harry Dorish's painting a few cards back, no? 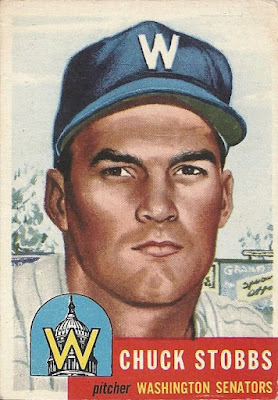 Chuck Stobbs was actually the first graded '53 that I picked up as an adult and featured here on this blog.  All the way back in January of 2008!  Crazy to think that post is coming up on 13 years old now. 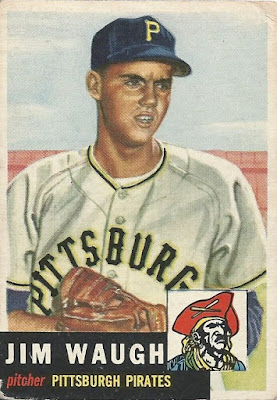 Most of the paintings in this iconic set are more the close-up head shot style, so when you get one like Jim Waugh's here it really stands out.  Love the Pittsburgh jersey, that Pirates logo, and that wooden fence in the background. 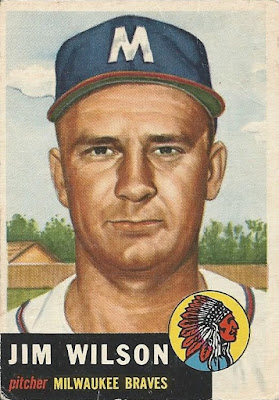 Here's a later-series card (though not the tough high-number series) that shows the transition from Boston Braves to Milwaukee Braves.  I always thought it was cool that you could see that progression within this one set, just another reason to like '53 Topps I guess. 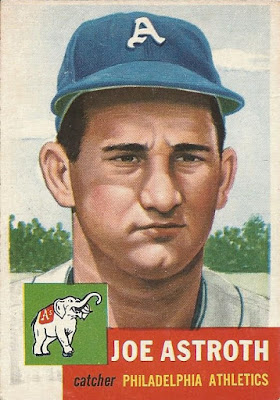 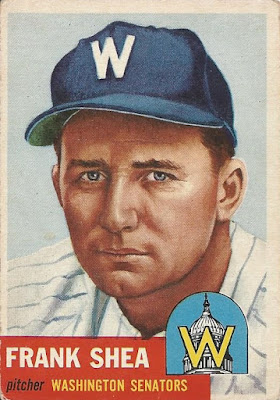 Great Senators logo in this set, too! 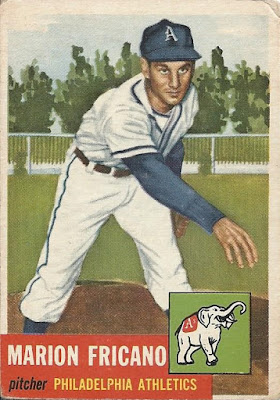 Here's another one with a painting that stands out, nearly a full body shot of Athletics hurler Marion Fricano. 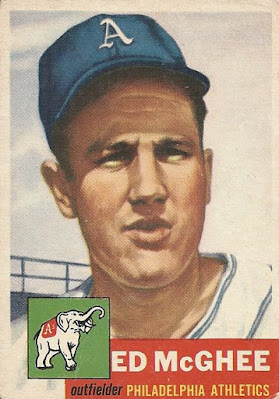 I plan to continue to work on my '53 Topps set in 2021, but it feels good to finish the year above 33% complete anyway.  Below is the current running total for how I spent the proceeds of my graded '53 Topps sale.  I can't wait to show you what I spent the remaining $480 and change on!

Until next time though, thanks as always for stopping by, and stay safe out there!

Senators, A's, and Braves have all relocated.

Congrats on crossing the 1/3 milestone for this fantastic set! These are some nice singles. '53 Topps is one of the very few flagship sets that are not represented in my collection, mostly because the flaws show up so vividly on the back. I did have one '53 Topps card a couple years back, it was the Dorish.

Such a gorgeous set. Loved seeing all of the A's in this lot. Can't wait to see what else you bought.

It looks like on the Dorish that his name is on one of the signs. That happened with another player in that set, though I forget whom.

Enjoyed this update! One-third of the way to the complete set is pretty impressive.