Just before the holiday I received the last PWE of 2015 from my good friend Mark Kaz of This Way to the Clubhouse. 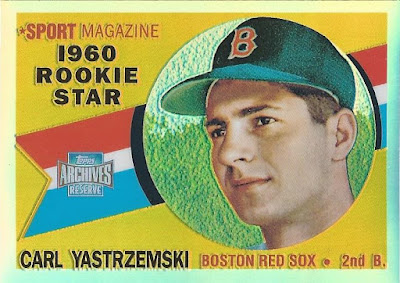 I've totally lost track of how many PWEs Mark and I exchanged this past year, but I'm willing to bet it's at least a couple dozen.  This latest batch of Sox was as fantastic as any Mark has shipped my way, starting off with this amazingly shiny reprint of Yaz's rookie card from Topps Archives Reserve.  The original has escaped me thus far, but maybe 2016 will be the year I finally land one! 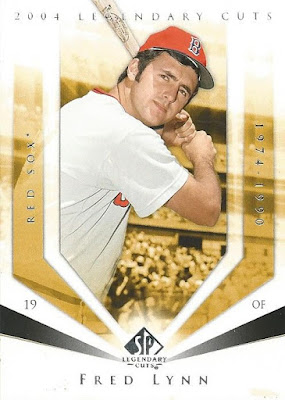 Here's one from a higher end set that I never really purchase much of, SP Legendary Cuts.  My second card from the 2004 release. 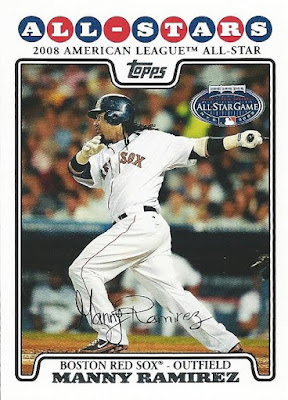 As much as I like shiny and more hard to come by cards like the pair that led off this post, it feels just as great crossing a good old fashioned base set need off the list sometimes. 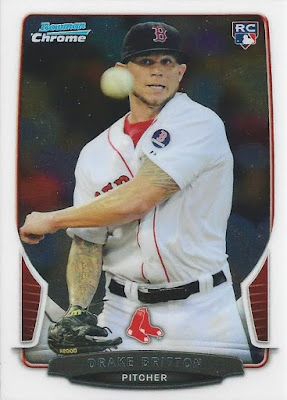 Love the facial expression and the floating baseball on this one.  Last Spring, the Cubs claimed Drake off waivers but then dropped him around the start of the season.  Looks like he signed a minor league deal with Detroit just a couple of weeks ago... 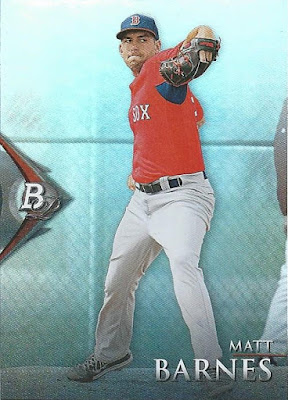 Here's a nice, shiny Matt Barnes courtesy of last season's Bowman Platinum set.  There is certainly a lot of "reflective cardboard" in this particular PWE! 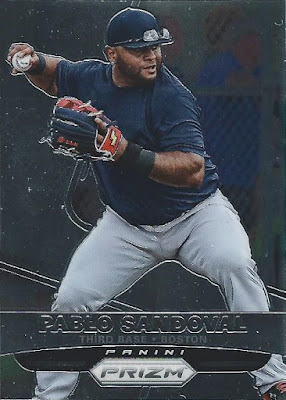 The shininess continues with a 2015 Prizm base card of The Panda.  Here's hoping Pablo can right the ship in 2016.  Unlike Hanley, I actually feel like Sandoval may be able to turn it around and contribute positively to next year's team. 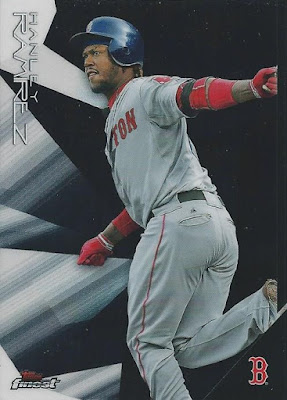 Rounding out this particular package is a trio of 2015 Finest... 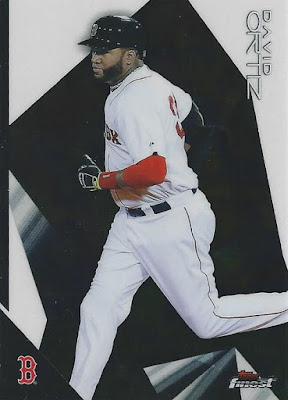 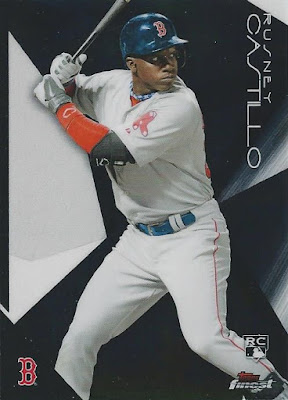 While I prefer the 2014 design, this release has been starting to grow on me a bit.  Thanks to this trio I'm now a single card away from finishing off the Red Sox team set!

Mark, thanks for another fine PWE, and more importantly for another year of awesome trades.  I hope we can both continue to keep our mailmen busy in 2016!
Posted by shoeboxlegends at 12:43 PM

The Cubs actually kept Britton in MiLB limbo for the entire season - if he'd had even a decent season in the minors, he'd have had a chance to come up since the bullpen was in shambles at certain points. Unfortunately, his stats were nowhere near as good as the photo choice on that Bowman card.

Happy New Year, buddy! I'm sure 2016 will be chock full of PWEs once again!

If I were going to have a player collection of any Red Sox it would have to be Carl and an original of that first card would, of course top my wish list. My current oldest is the looking heavenward 1965 Topps.