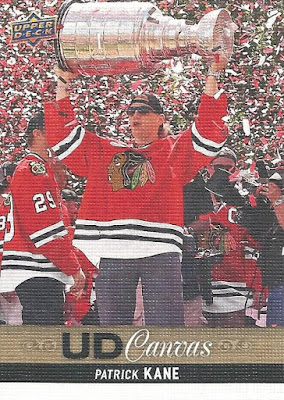 Why?:  The Upper Deck Canvas inserts produce some of the most unique photos year in and year out as far as hockey cards go.  Somehow this one had escaped me, but when I learned of its existence recently I decided to pick one up immediately.  Five minutes on the internet, pocket change spent, and this card showed up in my mailbox a couple of days later.  It's an awesome thing to be a collector in the age of the internet. 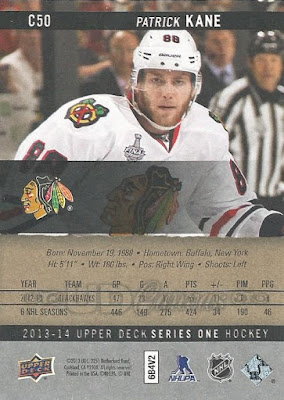 Posted by shoeboxlegends at 8:23 PM

You weren't kidding - that is an excellent photo choice!

Sportlots is addictive I usually go digging thru what the seller has of one card and end up with 30..