Now that I've gotten caught up on showing my haul from the Black Friday card show I attended, it's time to look at some of the other cards I picked up on Black Friday weekend via the biggest sale of the year over at COMC. 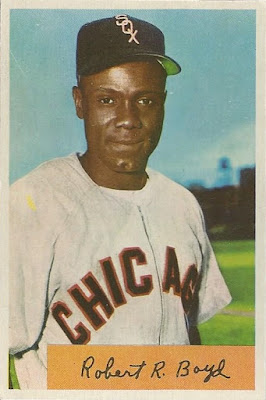 Whenever I had a few minutes free over that long holiday weekend, I'd sit with the iPad and cruise around for deals.  Deals like this '54 Bowman Boyd for $1.65.  There was a beat up copy for even less coin, but I decided to pony up for this amazingly mint version.  It doesn't get much better than this condition-wise for a card that's now more than 60 years old. 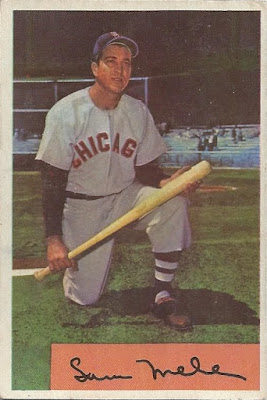 Since that great lead-off card had me browsing around the '54 Bowman "section", I ended up grabbing a couple of other cheap ones while I was there.  Not quite the same condition as the Boyd, but close; certainly more than acceptable for my collection.  Sam Mele is better known as a manager, but what a great shot. 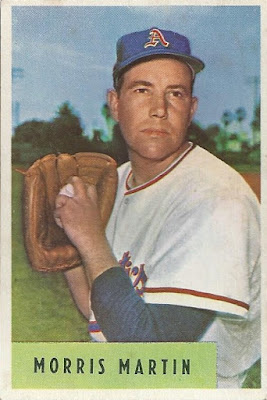 The other one I grabbed was this Morris Martin.  I think I was drawn to this one because it's one of the few I've seen where the player's name is typed out.  Not sure what happened there?  Cool card either way, especially for less than a buck fifty. 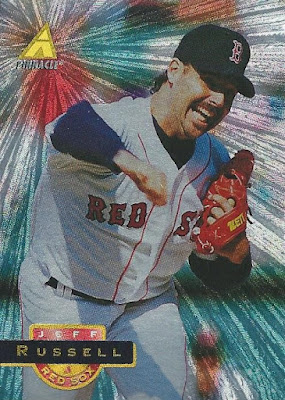 You had to know I'd have at least one '94 Pinnacle Museum Collection parallel in this post, right?  This puts me at one third of a Red Sox team set, with 8 of 24 cards tracked down now.  Finding those 16 remaining Sox is going to be relatively high on my list of 2016 collecting goals. 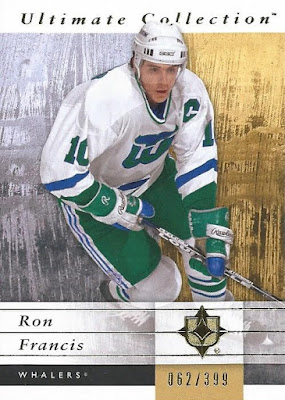 Serial numbered Ron Francis from a high end set for less than a dollar?  Yes please! 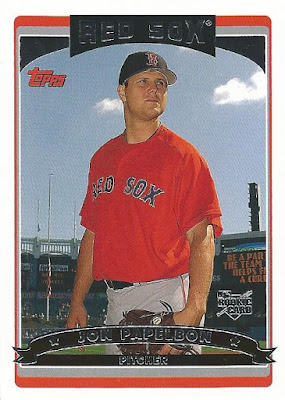 I'm sure I could have eventually landed this one at a better price, but for 34 cents it was nice to finally pick up a copy of Papelbon's standard Topps rookie card.  Surprised it took me this long to end up with one of these. 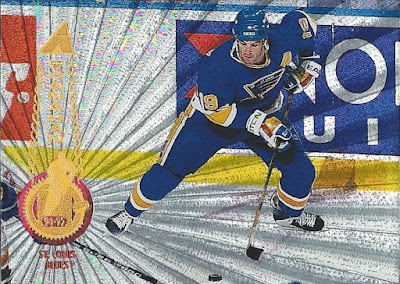 Of course there were plenty of cards from Pinnacle's hockey version of the dufex parallel, Rink Collection, in my order.  I've long admired these, but for the longest time Sergei Fedorov was the only one in my collection.  Well, on Black Friday I added Joe Sakic at the card show and now Brendan Shanahan here from COMC.  Three players from this set, three HOFers, not bad! 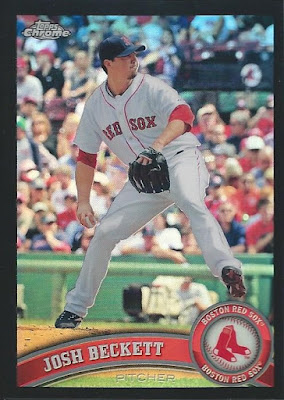 Of course I'm looking to feed my addiction to shiny cardboard just about any time I'm browsing around on COMC.  For around a dollar, I was psyched to add my second 2011 Topps Chrome Black Refractor to my collection.  These are serial numbered to /100. 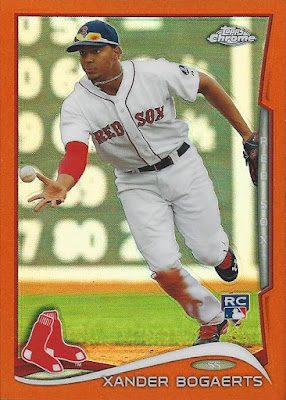 I've been trying to build on my small Xander Bogaerts collection while his prices are still relatively low.  It's getting harder and harder to find his cards at a bargain after the solid 2015 season he put together (.320 batting average and Silver Slugger award winner).  This Orange Refractor from Topps Chrome is a nice, and still relatively affordable, rookie if you can find one. 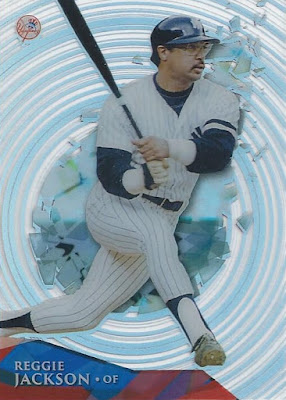 Any card that meets the criteria of Acetate Tek card, HOFer, and "under fifty cents" is going into my cart no questions asked. 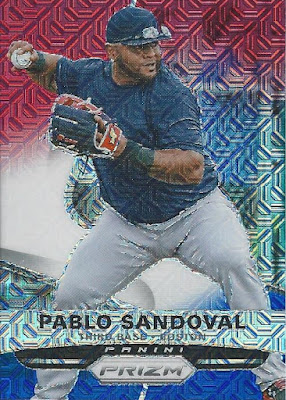 Here are a couple of new obnoxiously shiny cards from 2015 Panini Prizm. 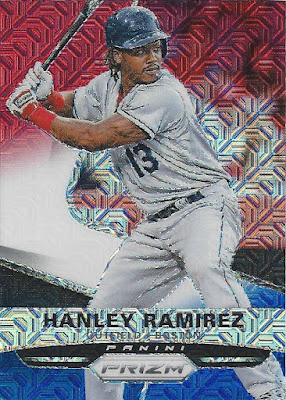 These are called Red White & Blue Mojo prizms or something like that.  Nice cards, but in terms of player selection I really went with a couple of busts. 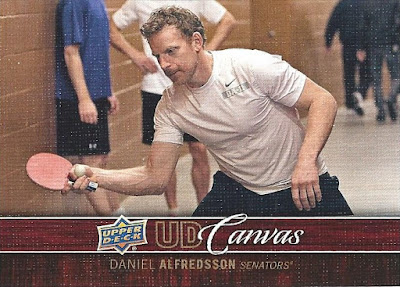 How could I pass up a card of Daniel Alfredsson playing ping pong?  Well, I couldn't. 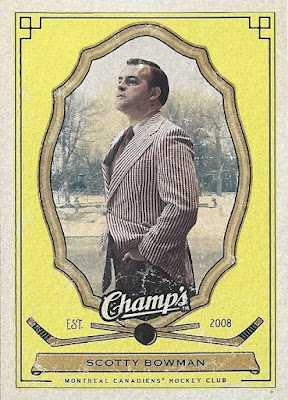 Another big notch in my belt as far as the 2009-10 Upper Deck Champ's Yellow parallels go.  I may never end up with all 100 of these one-per-box parallels, but I've certainly tracked down some of the bigger names in the set this year at least.  Plus, there aren't enough cards of coaches generally speaking. 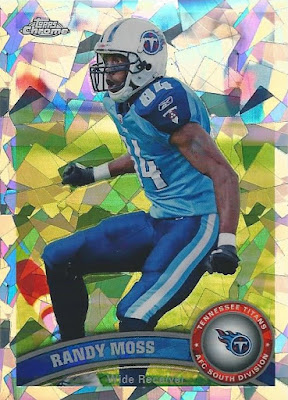 A football card?  Yup!  Though I only actively collect baseball, hockey, and some soccer, I've been known to drift into football and basketball from time to time.  The 2011 Topps Chrome Atomic refractors are some of my favorite baseball parallels ever, so when I found out there was a football version I was intrigued.  I decided to pick one up for my collection, and this Randy Moss was a perfect fit at $1.27.  These are serial numbered to an odd /139.  Makes sense to show this one now since the Pats are kicking off against the Titans any moment. 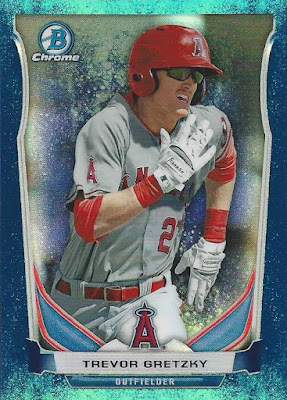 Sticking with some of my favorite shiny parallels of all-time, the 2014 Bowman Chrome Bubbles Refractors are just stunning in my opinion.  I couldn't resist the temptation when I found out that Gretzky's son was on the checklist.  Just a cool novelty card, I guess. 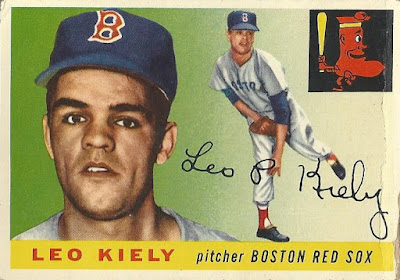 We started this post with the 1950s, and we'll end there as well.  Leo Kiely here is badly damaged along the right edge, but that didn't stop me from making an offer.

I'll stop there for now, only because all of the cards I've shown so far total $19.99.  The exact price of a blaster, go figure.  Plus, this leaves me with plenty of additional COMC loot to show another day...
Posted by shoeboxlegends at 1:00 PM

Those '54 Bowmans are fantastic. I'd vote for the Mele as the coolest.

I think there are a half dozen guys without the facsimile sigs in the set. Johnny Antonelli is the biggest name. I remember reading that they were late additions. I bet someone has the story.

Reggie Jackson looks like he's being sucked into a time warp.

That Scotty Bowman card is downright majestic; love it! Also, the Cubs drafted Gretzky and I was really hoping that maybe he make it all the way up for them - alas, it wasn't to be.

I always enjoy seeing what other people got on COMC, but sometimes, like this time, there's an element of "Awwwww, you mean that I coulda bought that???" Love the Bowman cards.