A PWE of Firsts 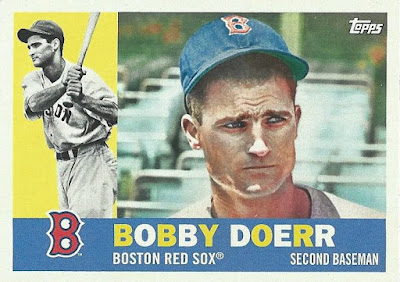 Still trying to get back on top here after vacation and a new dog.  Finally starting to make some progress as I featured a package from Gavin last week and already returned fire.  Next up is Joe Shlabotnik, who writes the awesome blog The Shlabotnik Report.  Joe has actually sent me a larger bubble envelope and a PWE in recent weeks.  Since I'm limited for time at the moment we'll get through the PWE here tonight.

As the post title indicates, this was a PWE of firsts.  Like the Bobby Doerr card above, which is my very first 2017 Archives Red Sox base card. 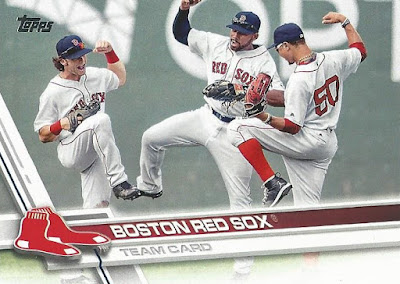 Or this Red Sox team card, my first card from 2017 Topps flagship series 2, period.  What can I say?  I've really been doing a good job with resisting retail cardboard so far this year.  I don't miss it all that much, especially with friends like Joe to help me out! 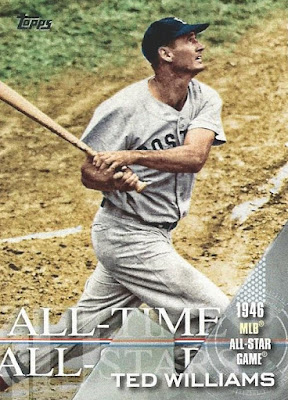 The PWE also included this All-Time All-Stars insert of The Splendid Splinter.  Yup, you guessed it, this is my first of these as well.  Pretty sure these are inserted into 2017 Topps Series 2.  I've seen this image of Williams on cardboard before for sure, though I'm too lazy to go look up where. 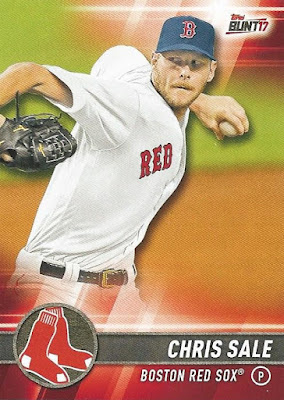 I also got a pair of 2017 Topps Bunt cards in this package and yes, these are my first cards from this release as well.  Furthermore, this is my first card depicting Chris Sale as a member of the Red Sox.  They certainly gave up a lot to acquire his arm, but if you're a Sox fan you really can't argue with the return so far.  Last game notwithstanding, Sale has been arguably the best starter in the entire American League here in 2017. 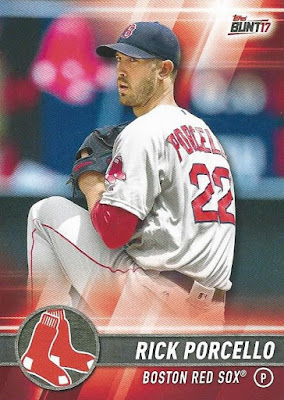 On the opposite end of the spectrum you've got Rick Porcello, who's been experiencing a serious "return to Earth" after last year's unlikely Cy Young campaign.  He's struggled with giving up the long ball for sure, but to be fair his record makes him look worse than he's been pitching, as he's been plagued by a nearly historic lack of run support thus far. 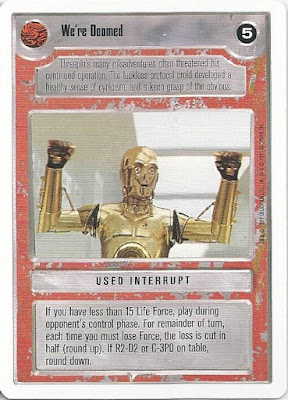 In another first, Joe included a handful of these Star Wars cards that are from some type of strategy game.  While I don't normally collect these types of cards, I do appreciate the variety as a Star Wars fan and will happily add the ones that Joe sent to my relatively small collection of Star Wars cardboard.  My favorite three of the group were C3PO... 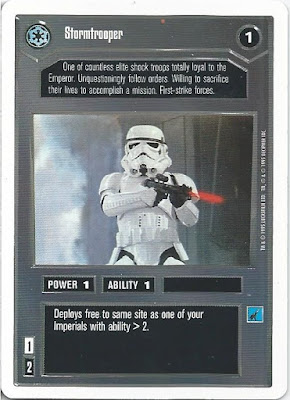 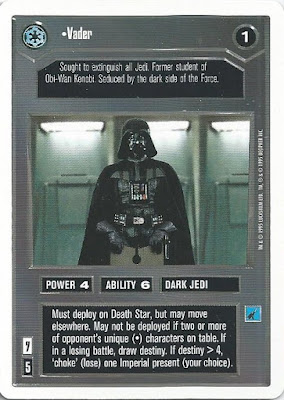 ...and quite possibly the premier villain of my childhood, Darth Vader! 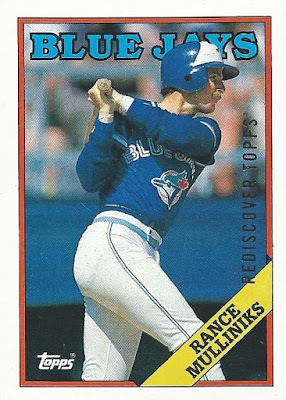 Lastly, Joe was nice enough to include a 2017 Topps buyback for my ever-growing buyback collection.  Rance Mulliniks served almost exclusively as a DH for the Jays in 1988.  In 399 plate appearances he swatted an even .300 with 12 home runs, 21 doubles and 48 RBI.

Amazingly, this is actually the second time I've received a Rance Mulliniks buyback in trade. 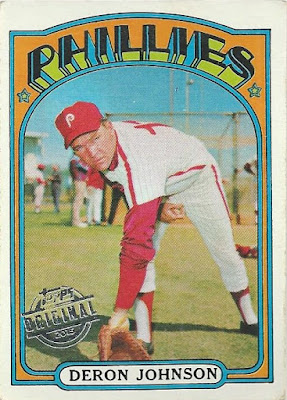 This awesome '72 Deron Johnson already occupies slot 167 of the franken-set binder.  There is just so much going on in the background of this one.  Awesome '70s randomness. 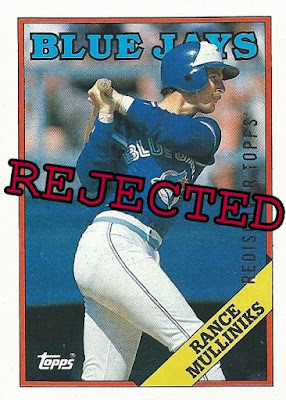 Tough match-up for Rance there.

It's really getting tough to crack the franken-set at this point, but I appreciate any and all buybacks including the ones that are relegated to my reject box for now.

Thanks for the great PWE Joe!  I'll have the larger package posted here when I can find some more time for scanning, and I'm going to make every effort to get the cards I've had bagged up for you for weeks into the mail by early next week!

I actually went through a short Star Wars CCG phase years ago. Never learned how to play. I just busted open pack looking for the rare "character" cards.

Glad you enjoyed the PWE. It's a shame Rance Mulliniks didn't get you any closer to a set, but that card wasn't going to get appreciated at all in my house.