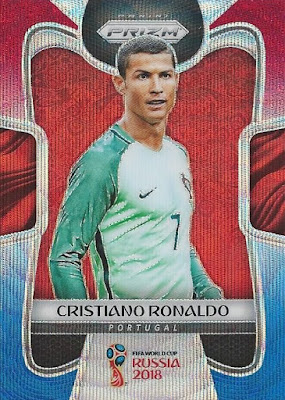 Taking it easy today on the posting front with just some random happenings from the past few days as far as my collection is concerned.

First up, I processed a big lot of these Red & Blue Wave parallels from the 2018 Panini Prizm World Cup set and added them to my collection proper.  The highlight of the lot was the Ronaldo above.  I'm up to 123 of these parallels now after entering in the lot, close to 50% of an entire set.  I've got a slightly smaller lot of Green & Orange Wave parallels to enter next, then I can start evaluating where I'm at with my goal of forming an overall "parallel franken-set" of this 300-card release! 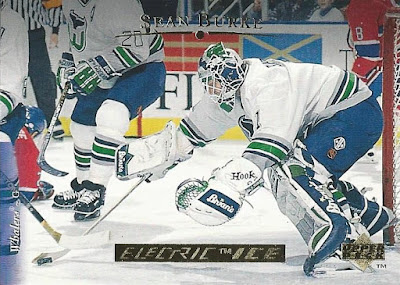 While we're on the topic of really cool parallels, here's one that recently arrived in the mailbox courtesy of eBay.  Upper Deck did "Electric Ice" parallels for a couple of their flagship hockey sets in the mid-'90s.  In the 1995-96 release they took the rarity to another level and also included these "Electric Ice Gold" parallels, which fell just one per box.

I gladly scooped up this Sean Burke for my Whalers collection at under $3 with free shipping.  A team set of these is a tall order based on rarity, but doable. 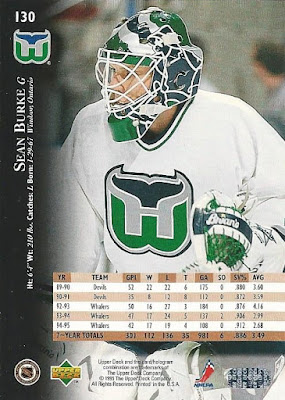 This was such an awesome set design-wise that I feel compelled to show the back as well. 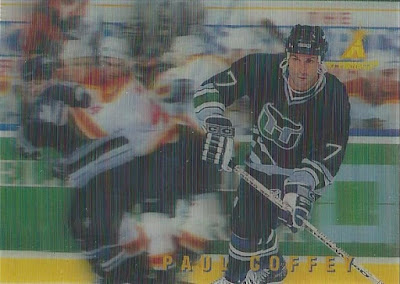 Speaking of my Whalers collection, while continuing on my ongoing purge I finally tackled a 5-row monster box on the floor next to my desk that I believed to contain duplicates only.  Imagine my surprise when I came across a stack of Whalers cards that I'd seemingly never scanned and inventoried! 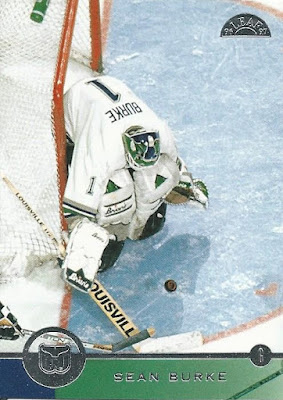 The stack was a few dozen cards thick, and as I started comparing them against my inventory on The Trading Card Database, I realized I needed just about every one of them. 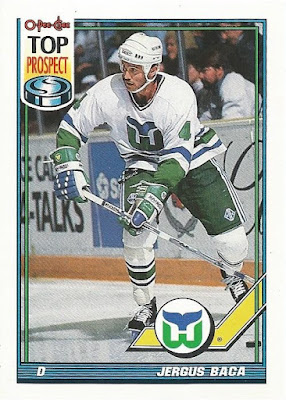 When the dust settled I'd added no fewer than forty new Whalers cards to my official collection!  This was the largest single jump for me on that front in quite a while, and motivates me to really try at the goal I threw out at the beginning of the year to accumulate 2,000 Whalers cards by December 31st. 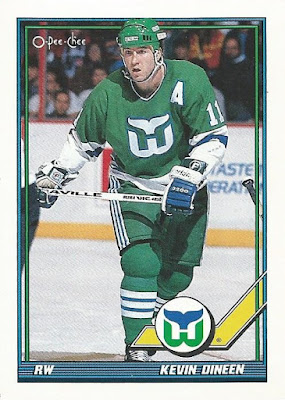 I'm still more than 200 shy of that even after adding these to my tally, but I have quite a bit of that 5-row monster box still to process in my purge.  I have a feeling there could be another stack or two like this one, if I'm lucky. 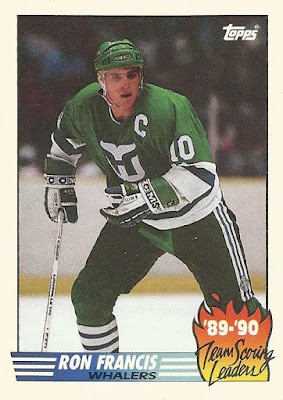 Obviously I'm not going to show all forty of the new Whalers cards in this post, but selected a few favorites like this '89-90 Scoring Leaders Ron Francis. 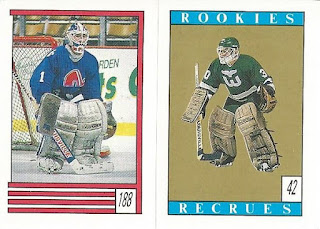 This one's pretty cool, from the 1989-90 O-Pee-Chee Stickers set.  First one of these in my formal collection!  Awesome brown pads on Peter Sidorkiewicz there.  I wish I had a second copy of this so I could peel it and stick it to the outside of the shoebox where I keep my Whalers collection. 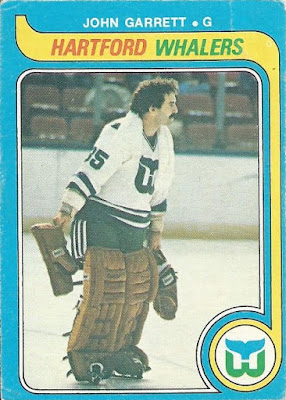 One of the highlights of the find was definitely this 1979-80 O-Pee-Chee John Garrett.  This plugs a hole in my Whalers team set from the greatest flagship hockey set ever made.  I have the entire Topps set, and it looks like I'm missing only Mark Howe to knock the O-Pee-Chee version out now.  There's a card I'll need to seek out very soon. 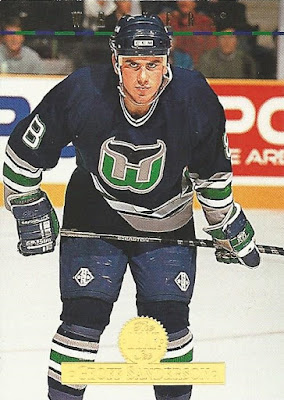 I chose this '94-95 Leaf card just because Geoff Sanderson's facial expression is so serious.  Lighten up Geoff, it's a game. 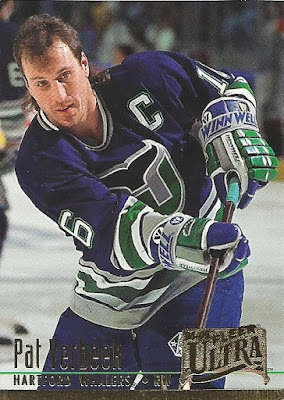 Strong mullet game from Pat Verbeek on his '94-95 Ultra card.

Not a bad grouping there, felt great adding a chunk of Whalers in one fell swoop like that. 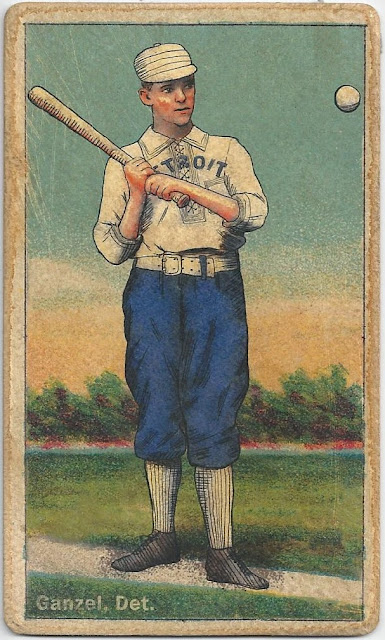 Here's another over-sized Helmar Polar Night card.  This one features Charlie Ganzel of the Detroit Wolverines.  I love the stockings, uniform, cap, floating ball, all of it.  Just a really cool and visually attractive card of a guy who'd almost certainly be missing from my collection otherwise.  That pretty much sums up the beauty of Helmar in my opinion; affordable cards of guys whose playing-era cards are astronomically priced, if they exist at all.

Well, that's a wrap for now.  Thanks as always for stopping by, and check back soon for the results of another hard-to-believe eBay flip!
Posted by shoeboxlegends at 3:30 PM

I like the old-timey goalie gear Garrett has. It's not enough to defeat Hall of Famer Ron Francis though.

I've gotten to see two Whalers games in the past week. MSG network has been dipping into their archive and showing old games from all three teams they broadcast locally here. I had only ever seen one Whalers game previously so I enjoyed it. One of them was even held in Hartford.