I recently completed a trade with buckstorecards, aka Douglas from Sportscards From the Dollar Store. 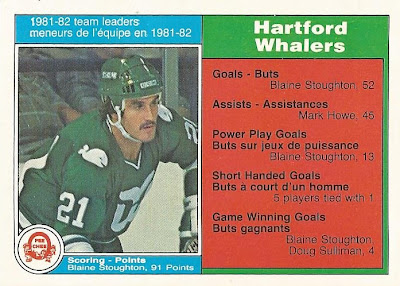 It started as a Zistle trade, my second so far.  The trade began as a relatively small exchange with some Whalers and '82-83 O-Pee-Chee headed my way.  Douglas is truly a nice guy though, and he kept an eye out for other things I needed, turning this into quite the exchange.  I received this Blaine Stoughton team leaders card that I need for my '82-83 O-Pee-Chee set, along with more than 30 other cards off my want list from the set! 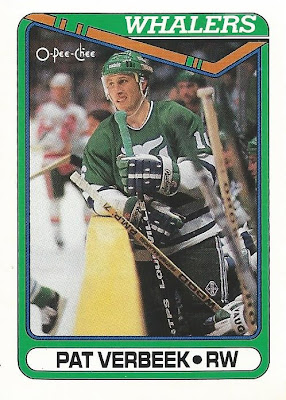 On top of that there were an assortment of Whalers cards, more than half of which I needed.  This '90-91 O-Pee-Chee Pat Verbeek might be my favorite.  I've got the '90-91 Topps set, but not many O-Pee-Chee for whatever reason.  I need to rectify that... 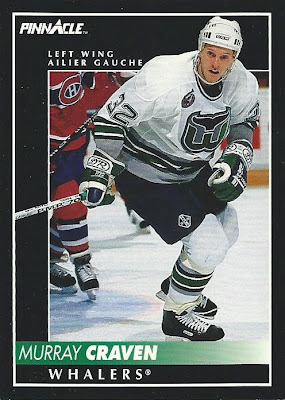 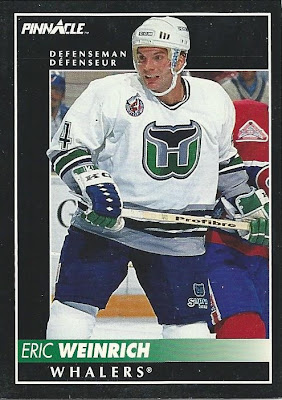 A couple of '92-93 Pinnacle, a team set that for whatever reason I still haven't completed. 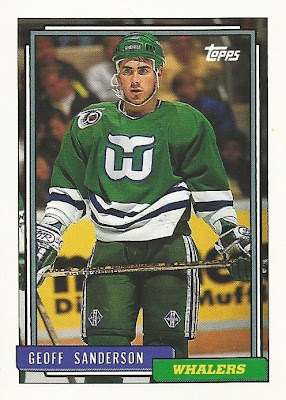 1992-93 Topps really is a great set as well.  I think I'm close to a Whalers team set now but I didn't have this Geoff Sanderson... 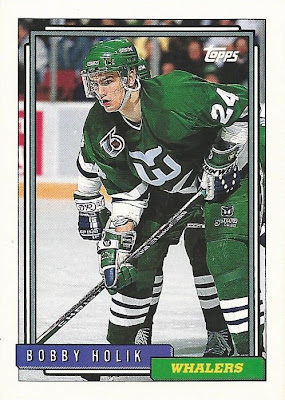 ...or this Bobby Holik.  If the O-Pee-Chee and Whalers cards weren't enough, Douglas also went out of his way to track down three cards off of my Most Wanted list: 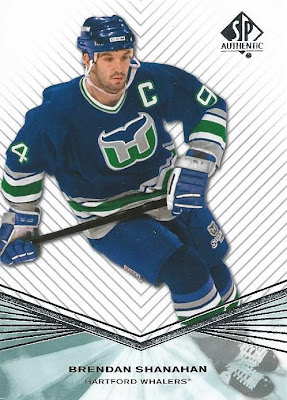 First is this Brendan Shanahan from the 2011-12 SP Authentic set.  For some reason, despite only playing in 76 total career games with Hartford, Upper Deck continues to feature Brendan in a Whalers uniform pretty regularly.  In fact it's kind of a shame but it seems that Shanahan, Ron Francis and Gordie Howe were the only three people to ever don the Whalers sweater as far as Upper Deck is concerned.  Oh well, still a great card. 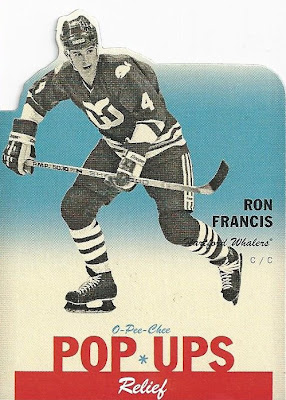 Also off the Most Wanted list is this 2012-13 O-Pee-Chee Pop Ups Ron Francis insert.  This is one I've had my eye on since I first saw it, but I've never been able to find it for a reasonable price and haven't wanted to pay $3.50 to ship a single card from an eBay win. 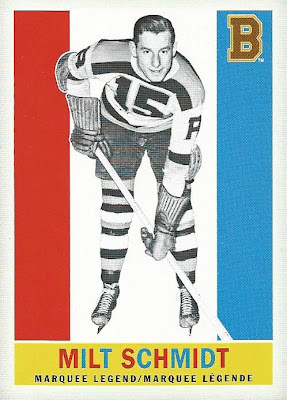 Finally, we have another new Milt Schmidt, a retro parallel from this year's O-Pee-Chee set.  What a great grouping of cards.  Having a Most Wanted list on my blog has paid off already! 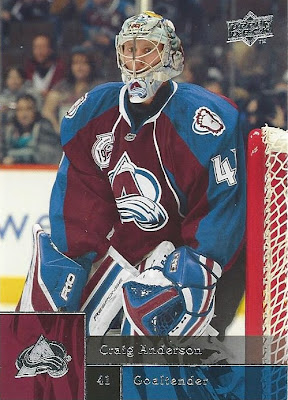 Oh yeah, also in the package were the last 7 cards I needed to complete the 2009-10 Upper Deck flagship set (minus the Young Guns SPs of course).  Feels great to cross another entire set off the want list.

Thanks for a fantastic trade Douglas!  I guess I need to find some replacement cards for my Most Wanted list now...
Posted by shoeboxlegends at 11:21 AM

I have almost--if not all--the 1990-91 OPC Whalers I can send you. Email me what ones you need to jpsjustin AT gmail DOT com

Glad everything made it there from this pack. Did my mysterious bonus envelope arrive yet?

I'm bothered that I forgot about the Linden when at the Expo. I was looking through a bin of those looking for Sens, and I'm guessing I would have found that one as well.