A few weeks back I participated in my first ever card draft over at The Diamond King.  I had a great time picking out my top cards and waiting in anticipation to see how each round played out.  In the end, counting a couple of bonus rounds I ended up with 25 cards.  Here are my 15 favorites: 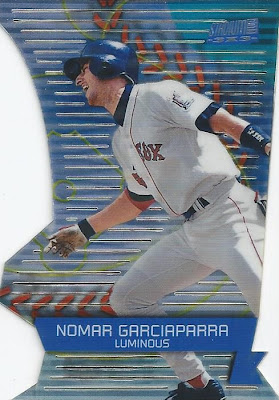 This Stadium Club 3x3 Luminous Garciaparra insert is one of the strangest die-cuts I've seen.  I wasn't really shooting for book value or overall value of my draft, was really just taking the approach of trying to land a few Red Sox cards, as well as some unique miscellaneous cards for my collection. 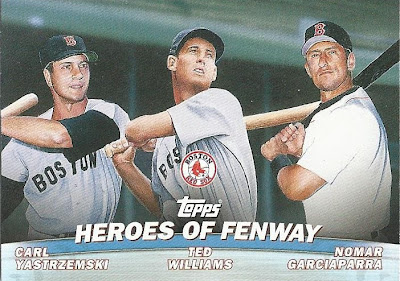 Along those lines, here is a Red Sox card that I knew I wanted and was happy to land somewhere in the middle rounds.  It's a Topps Combos insert from the 2001 Topps flagship set. 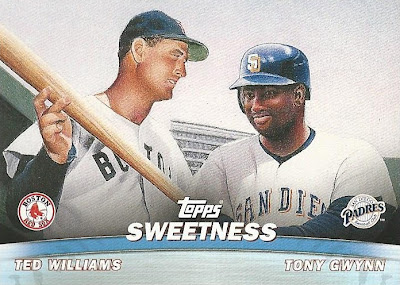 Since I had won the above insert I decided to grab this one as well, from the same Combos insert set and also featuring the Splendid Splinter. 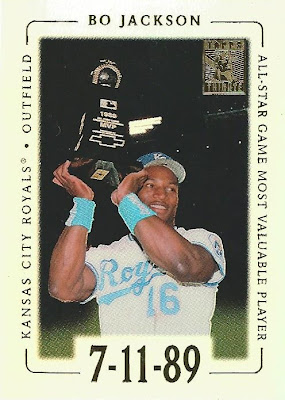 This 2002 Topps Tribute Bo Jackson card is actually really, really shiny.  It's super thick too.  A great shot of a really fascinating athlete. 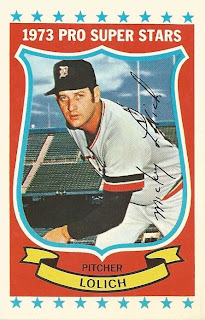 Couldn't pass on this '73 Kellogg's Mickey Lolich.  This may end up as trade bait someday, but I'm hanging onto it for now. 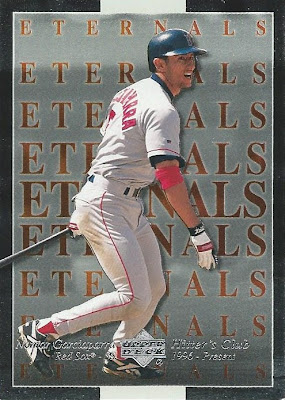 There were a few Garciaparra cards in the draft, and this was the other that I really wanted to land.  I've only recently started scanning and cataloging my Nomar cards, and I knew I needed this one. 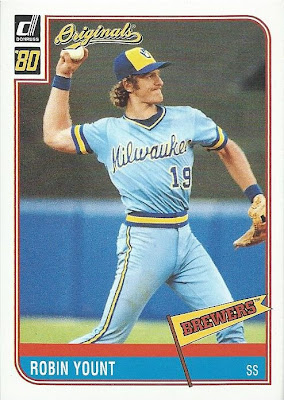 This Donruss Originals "What If 1980" insert doesn't really fit any specific aspect of my collection, but I really like the look of the card, which is obviously a riff on what a 1980 Donruss set may have looked like. 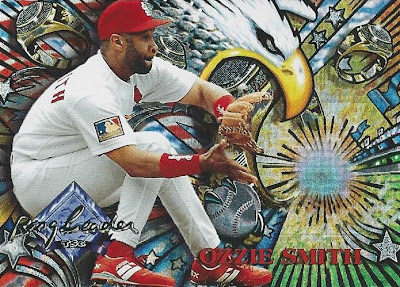 I accumulate Ozzie Smith cards when I can, and of the few that were in this draft this 1995 Stadium Club Ring Leaders insert is the one I wanted most.  This is just an awesome, totally over-the-top gaudy 1990s insert set, I'd like to complete it one day. 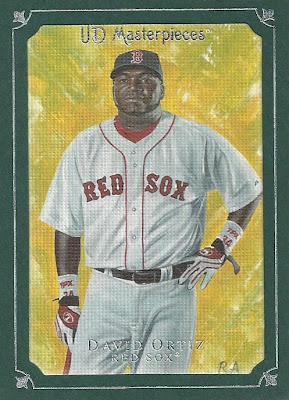 Yes, I know this is the single ugliest card in the 2007 Upper Deck Masterpieces baseball set, but I needed this parallel (green linen I believe it is called) for my Red Sox collection and was able to snag it in the later rounds of the draft. 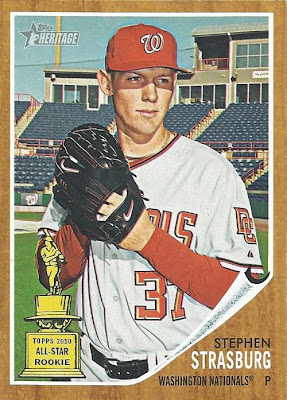 This Heritage Stephen Strasburg featuring the Topps All-Star Rookie Cup was actually my selection in one of the bonus rounds.  I don't buy much new wax any longer, so my collection lacks a bit of modern day star-power.  I was happy to end up with this one. 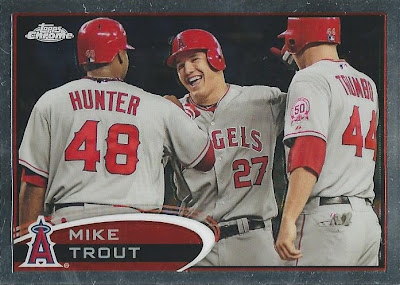 Along those same lines I drafted my very first Mike Trout card in another bonus round, from this year's Topps Chrome set. 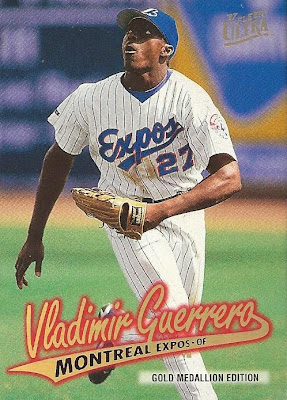 The Expos are what drew me to this '97 Fleer Ultra Gold Medallion Vlad Guerrero card... 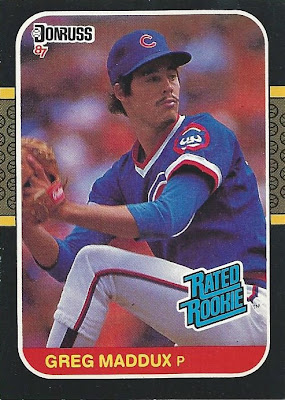 Here's one of my higher-round picks.  I'm not really sure why I never owned a copy of this Donruss Maddux rookie until now, but I'm glad I've finally got my own after all these years. 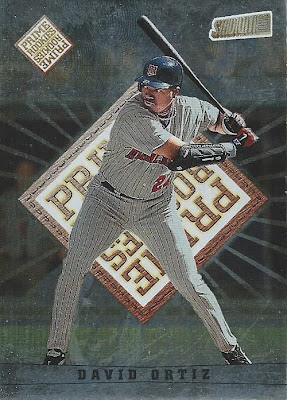 Here's the one card that in retrospect I probably had slated higher than I should have, a David Ortiz RC from '98 Stadium Club.  I took this card in the 4th round, when really I should have saved it for much later than that.  I don't mind though, as a Red Sox fan and collector it's about time I got an Ortiz RC of some sort. 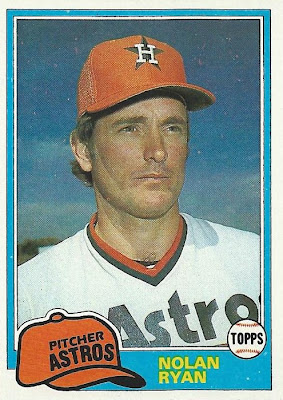 Finally, another addition to my ever-growing Nolan Ryan collection, from the '81 Topps set.

Thanks to The Diamond King for a great draft!  I had so much fun with this that it inspired me to do my own draft.  There are actually 3 spots left, and registration is open until 6pm EST today if you're interested!
Posted by shoeboxlegends at 3:50 PM

That Nolan Ryan card is awesome. I've never seen the Astros wear orange hats before. And it's mesh! So hip.