Not much time to write today, been working all weekend unfortunately (from home at least, enjoying the Pats/Broncos game as I write this). Anyway, here are two of the final few cards I have to show from 2012-13 Panini Classics Signatures... 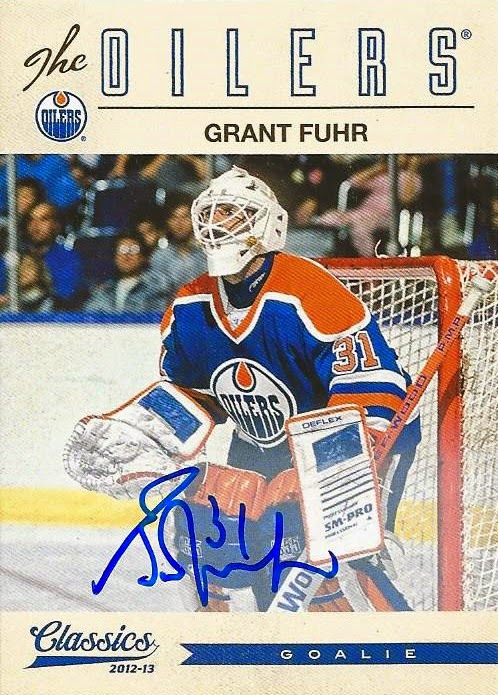 First up, goaltender Grant Fuhr.  Of course Grant is most well known as the man between the pipes for quite a few Stanley Cups in Edmonton in the 1980s.  He also won a Vezina, and lost out to only Mario Lemieux for MVP one season.  Fuhr became a HOFer in 2003. 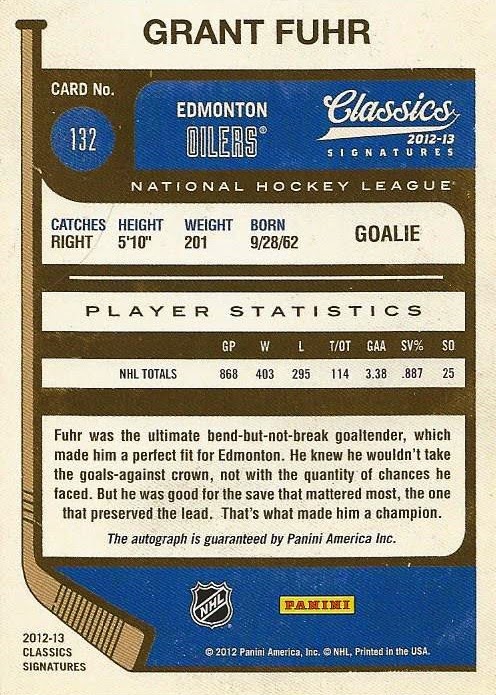 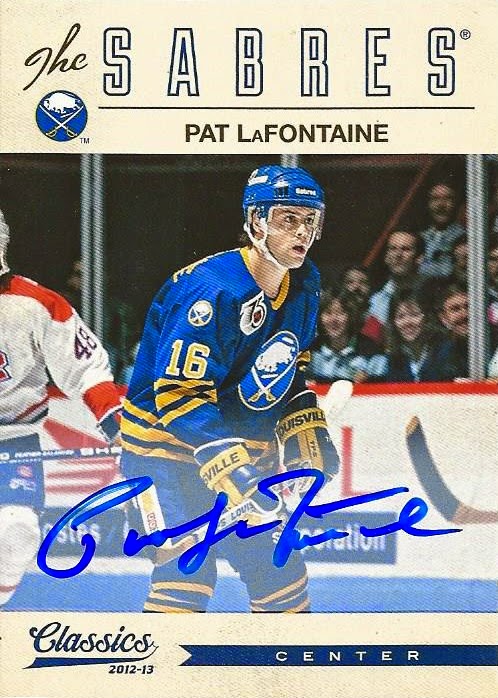 Pat LaFontaine missed quite a bit of time, and ultimately had his career ended prematurely, thanks to head injuries.  He was never able to hoist the Stanley Cup, but he was a very successful offensive center who racked up just shy of 500 career goals and recorded over 1,000 points.  He played his entire NHL career with the three New York teams (Islanders, Sabres, and Rangers for his final season).  Like Fuhr, LaFontaine was inducted in 2003. 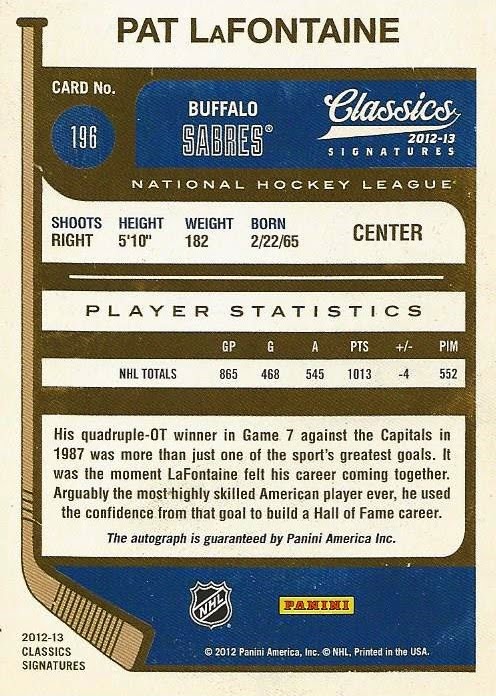 Just a few more of these to go!
Posted by shoeboxlegends at 5:27 PM

What a great pair! I am a little surprised they pictured him with Buffalo for some reason even though his best season was with the Sabres. I still wonder how amazing his career could have been.

Another two fantastic Classics autographs. Fuhr seems not to get a lot of hobby love for whatever reason. I agree with Dave... What could have been if Lafontaine didn't suffer all those concussions. As a side note, how is it Lafontaine is in the Hall but Dave Andreychuk isn't?