Buyback Franken-set: Off the Wall - Part I

Today's round of ten buybacks comes from Shane Katz, proprietor of Off the Wall.  Shane reached out to me a while back and let me know that the owner of his local card shop had a pile of buybacks kicking around, and at very reasonable prices no less.  Since I had a small stack of cards to send Shane anyway I tossed a $20 bill in with them and asked him to grab as many as he could on his next visit.

Well, this turned out to be a better score than I could have possibly imagined for my buyback franken-set!  Shane grabbed me so many buybacks that I'm going to have to break them into a few different posts to make things easier to digest.  Today, the first ten... 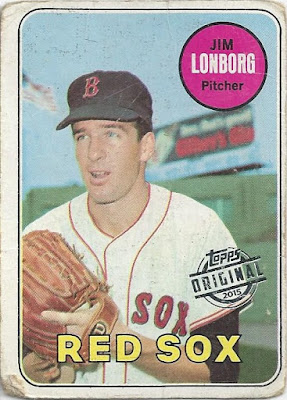 Starting with a bang here, with what might be my favorite overall buyback of all the ones Shane sent.  Jim wasn't far removed from his amazing 1967 season when this card was issued.  The photograph is just plain fantastic, complete with the waving American flag.  Can anyone with a keen eye tell me what that advertisement over Jim's shoulder is?

I couldn't be more pleased with this buyback, and best of all it fills a previously empty slot in the binder at #109! 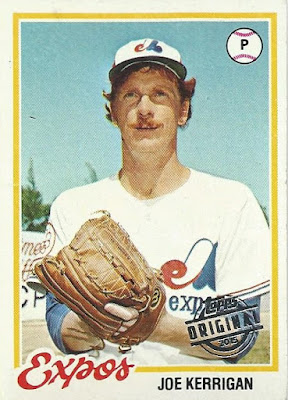 Next up, Joe Kerrigan, who I remember best as a pitching coach (and for the blink of an eye, the manager) for the Red Sox around the turn of the century.  His '78 Topps release is a nice high number too at 545, and thus makes the cut for the set without competition. 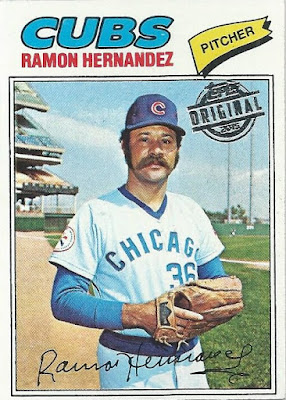 Don't know much about Ramon Hernandez here, but I do know that's one hell of a mustache.  This was actually Ramon's final Topps card, as he wrapped up his MLB career in 1977 with a short, unimpressive stint with the Red Sox.  He does not have any cards from that brief time with Boston that I'm aware of.  This one is in the franken-set at #468 though. 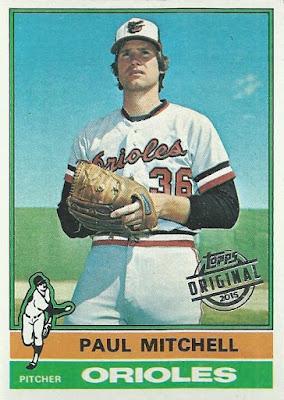 Paul Mitchell's Major League career lasted just a handful of seasons.  He was a first round pick of the Orioles in the 1971 draft.  He made his MLB debut with the O's at Fenway Park a few years later, which must have been a great day for him as a Worcester, MA native.  As far as the franken-set goes this card makes the cut as well at 393. 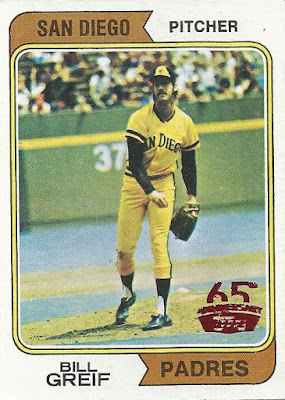 Bill Greif was known for his "knuckle-curve" pitch.  He was the Padres' Opening Day starter in '74, which makes this card at least a little bit interesting.  I have comparatively few 2016 buybacks as well, so it's nice to get another one into the binder here, even if those mid-'70s Padres uniforms are indeed atrocious. 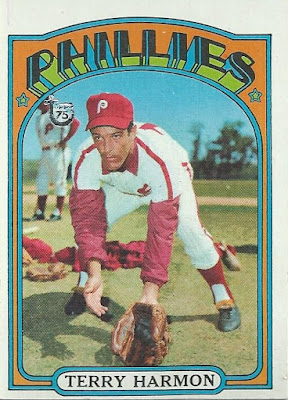 Next up is a 2014 Topps buyback featuring Terry Harmon.  I really dig these low-angle fielding shots from '72 Topps, and this one is no exception.  Anytime you can capture trees and some discarded warm-up gear in the same photograph you've done your job as a photographer.  I'm pleased to induct this one into the set in slot 377. 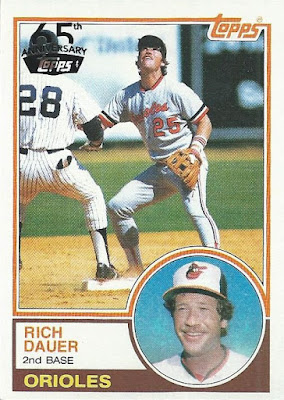 Rich Dauer played his entire 10-season career with Baltimore, and spent a few of those seasons playing across the second base bag from Cal Ripken, Jr.  He's a member of the Orioles HOF.  He makes the franken-set uncontested as well, a lot of nice high number cards in this first round of ten from Shane!  The majority of the buybacks so far have been from 1979 and prior as well, so I like getting a post-1980 card in for variety's sake.  Speaking of which... 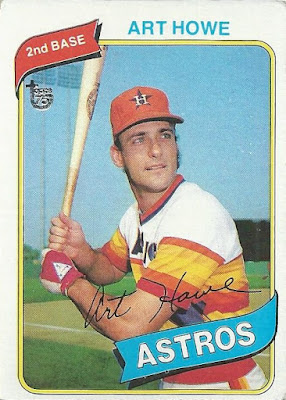 ...here's another card from the '80s that makes the cut, and another reasonably high number at 544 as well.  Pictured here in the midst of his career as a player, he would later go on to manage the Astros at the end of the decade.  You have to love those "so bad they're good" Astros unis. 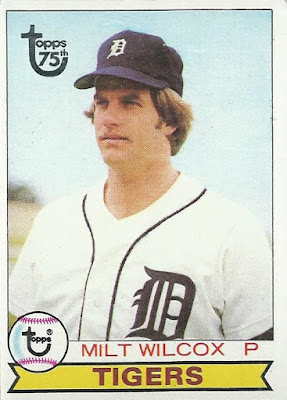 This is probably the most boring of the ten cards in this initial grouping, but Milt did win a World Series with the Tigers in 1984.  I don't anticipate this one having a long tenure in the binder, but for now he's in as my sole #288 buyback.  That's nine straight buybacks to make the set uncontested to begin this lot from Shane. 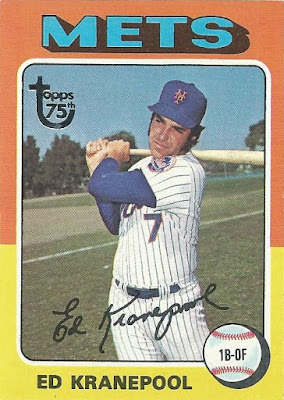 Last up for today, a nice colorful Ed Kranepool courtesy of 1975 Topps.  Ed's 1977 Topps release was already rejected in a tough match-up, will this one fare better?  Unlike the first nine cards in this post there is some competition here as well: 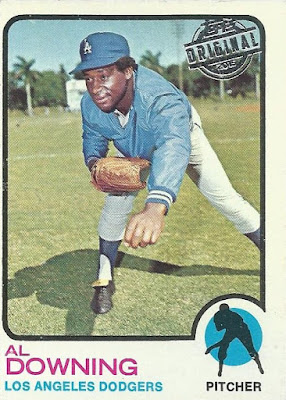 A nice enough card, but I'm siding with the '75 Topps release. 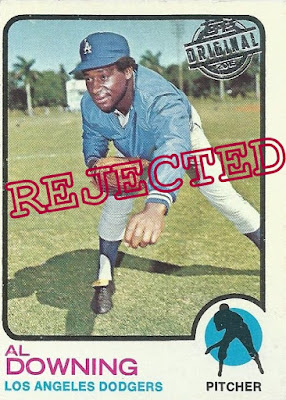 Kranepool wins this time around.

This is just the tip of the iceberg in terms of what Shane sent along.  There will be a handful of posts more in order to get through all of them, with the next one coming up later this week!

Ramon does truly have an impressive 'stache - between that and the powder blue uniforms, that card couldn't get more 70's.

Is the advertisement for Gilbey's Gin?

Wow Turrdog I think you nailed it! The words in red certainly match up, as does the bottle/label. Nice sleuthing!

Glad I could help out!! Trying to get back to that LSC this Friday but we'll see.