Merry Christmas everyone!  I'm spending the day enjoying delicious food and the company of family, but here's a quick one card post featuring a buyback I picked up recently.  Let's call it a small Christmas gift to myself... 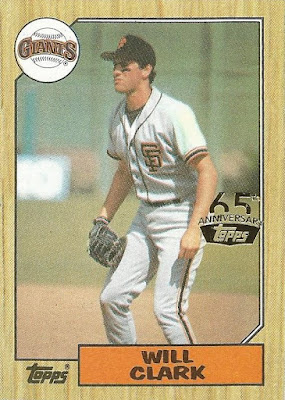 As a kid I was a Will Clark fan and collector, and his 1987 Topps release was for a time one of my most prized pieces of cardboard.  I've been searching out a buyback version for a couple of years now, but it doesn't seem like Topps started including cards from 1981 or later in their buyback program until this year.  Even then, I don't believe a buyback version of this card was released with the flagship or Update sets either, at least I've never seen one.

This one popped up on eBay a couple of weeks ago, and I believe it might be from those Archives 65th Anniversary Edition boxes from Wal-Mart that everyone's been posting about.  Either way, I'm ecstatic to finally have tracked this one down for my buyback franken-set! 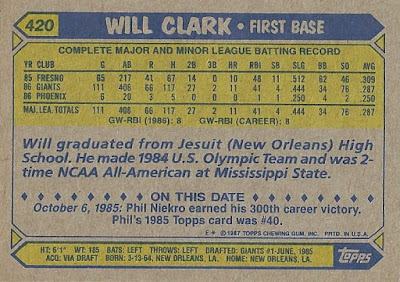 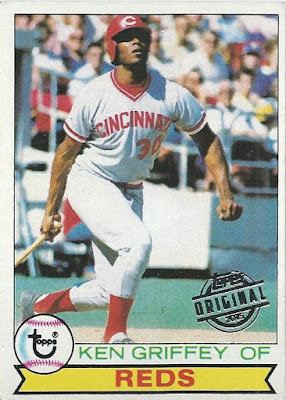 Normally Ken Griffey would provide some pretty stiff competition, but there's no way I'm choosing him over that Clark card I sought out for so long. 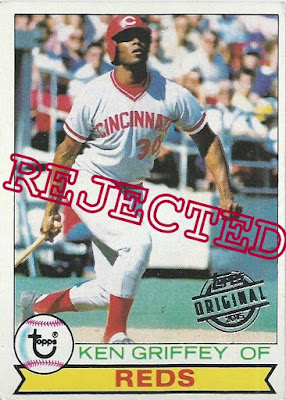 I have a feeling Will the Thrill is going to be a permanent member of the franken-set.

I hope you all have a wonderful holiday season and find plenty of time to relax with your loved ones!

Congrats on the find and Merry Christmas!

I got my daughter her first pack of Topps for Christmas this year, and she had a gold glove Ichiro 65th anniversary stamp in it!