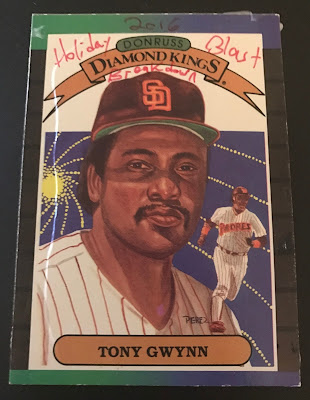 If you read many sports card blogs the above image should look awfully familiar to you.  I too was the recipient of a PWE as part of Gavin from Baseball Card Breakdown's 2016 Holiday Blast.  The highlight of the package was obviously the custom Tony Gwynn rip card that you've probably seen elsewhere by now. 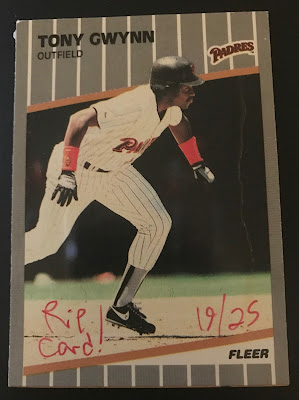 Here's a look at the back, copy 19 of 25 in my case.  I've never pulled an actual rip card, which isn't surprising given how little unopened product I buy, so this is a new experience for me.  When I've seen these pulled from Allen & Ginter sets there's always a debate on whether to rip, or not to rip.  Not so much the case here though, I tore right in... 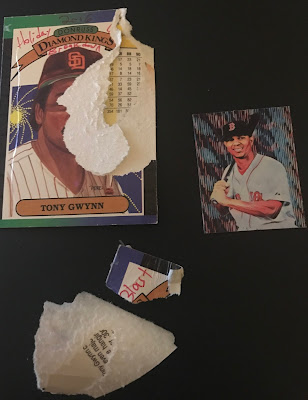 Inside was a sweet Xander Bogaerts magnet.  Pretty cool receiving this, as Gavin himself is a fellow Bogaerts collector.  We have a ton of magnets on our fridge as well, as my wife and I try to grab one any time we travel: 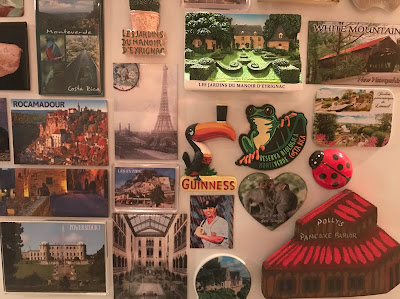 I just so happened to have a perfect spot for Bogaerts to slide into, right below the Guinness toucan we picked up at the Guiness factory in Dublin.  A very creative and much appreciated idea from Gavin!

The rip card and magnet would have made for a fun holiday package on their own, but I found a few bonus Sox cards in the package as well!  A couple of 2013 Topps Chrome colored refractors were dupes, but I've already set them aside for other Sox collectors I know.  There were four new-to-me cards as well: 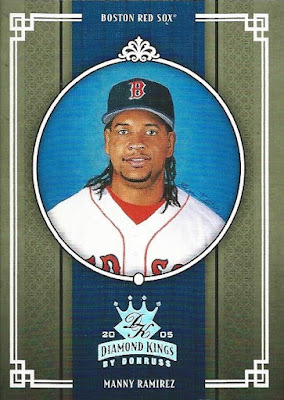 This 2005 Diamond Kings Manny Ramirez is a silver parallel, and is numbered 01/50 on the reverse.  A nice relatively low-numbered parallel of one of the more controversial personalities in team history. 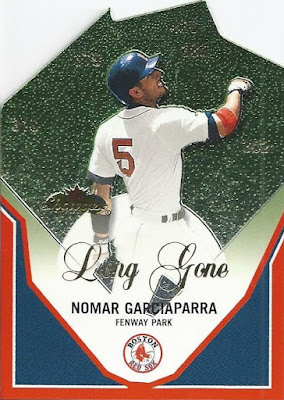 Aside from the rip card, this might be my favorite card of the package.  I'd never seen or heard of these Long Gone inserts from 2000 Fleer Showcase before receiving this one.  They are die-cut to mimic the outfield dimensions of the player's home ballpark.  I give Fleer an A+ for creativity and design on this one! 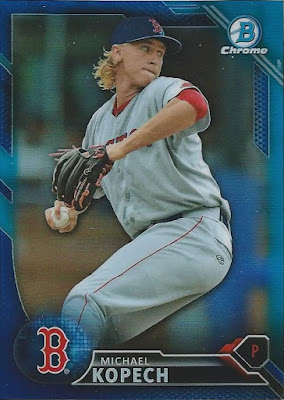 Here's a more recent card, a nice Blue Refractor from 2016 Bowman Chrome numbered to 150.  Kopech's reputation isn't the greatest (he was suspended for 50 games last year, and also broke his hand in an altercation with a roommate), but he has a cannon for an arm, regularly topping 100 mph on the radar gun. 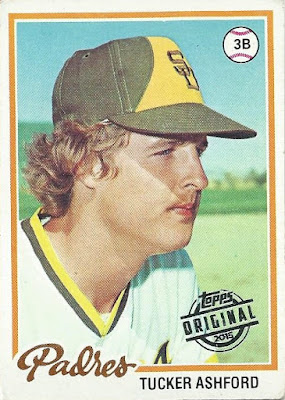 Finally, a buyback!  I really appreciate Gavin thinking to send this one my way.  Tucker Ashford is card 116 on the 1978 Topps checklist, and since I didn't have a #116 buyback previously he makes the cut for my franken-set!  Inching closer...

Thanks for the tremendous holiday package Gavin!  I have some vacation time coming up between Christmas and New Year's and will do my best to get something headed out to Portland soon!
Posted by shoeboxlegends at 10:18 AM