I've been wanting to post this trio of autographs together for some time now. With the outdoor game involving the Kings taking place last night, and with Dave H having sent me a Dave Taylor autograph just recently, it seemed like the perfect time.  From 2012-13 Panini Classics Signatures, I give you the famed "Triple Crown Line"... 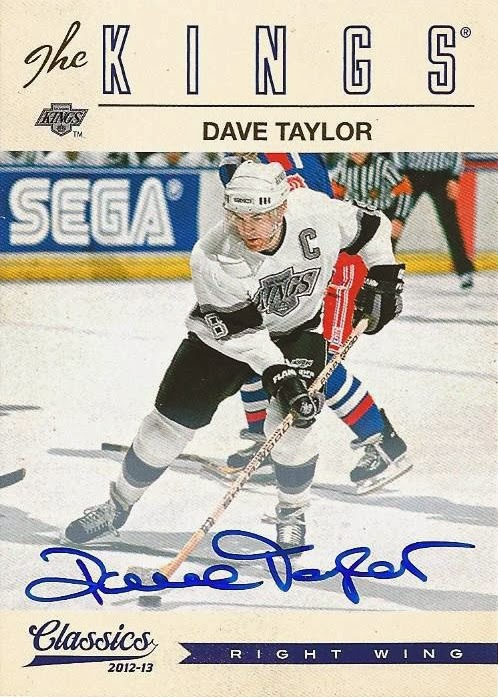 First, the card I've already shown here, Dave Taylor.  I just spouted on about him earlier this week in the post on Dave H's trade package, so I'll save you that here.  I will point out the awesome SEGA ad on the boards which reader offcentred commented on when I originally posted it.  Dave played right wing on the Triple Crown Line. 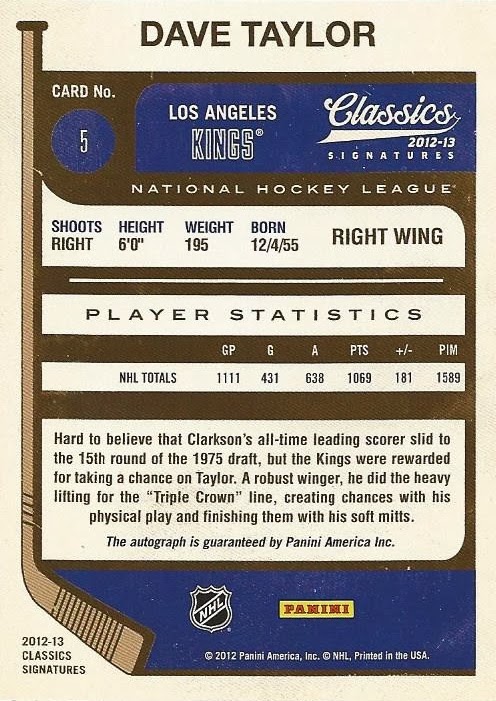 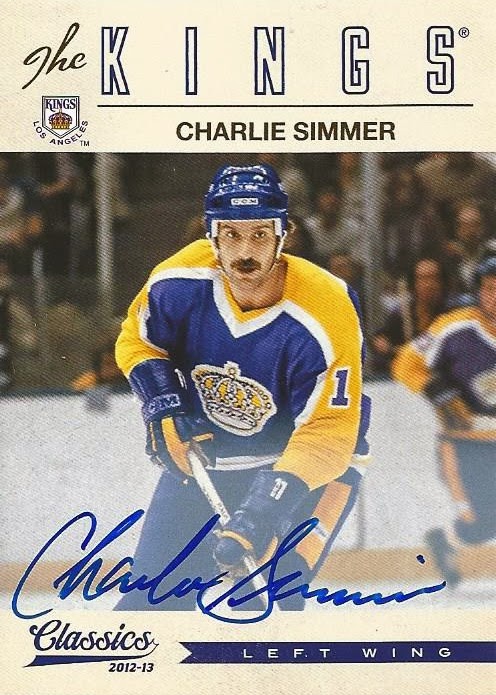 On the left side was Charlie Simmer.  Charlie actually began his career with two different now-defunct teams (the California Golden Seals and the Cleveland Barons, same franchise) before he landed in Los Angeles.  He was often injured, which limited him to just over 700 career games, but he could certainly put the puck in the net when healthy.  Need some evidence to support that?  How about back-to-back 56 goal seasons in '79-80 and '80-81 despite missing significant time both seasons.  In the early '80s, Mr. Simmer just missed membership in the elite 50 goals in 50 games club (took him 51).  He's got a nice signature to boot. 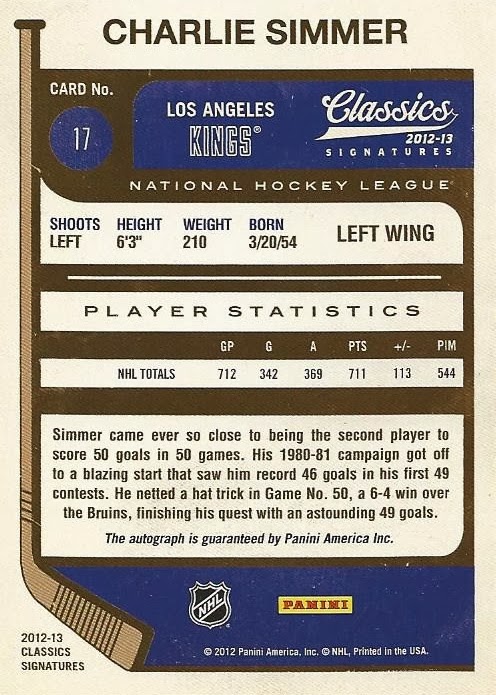 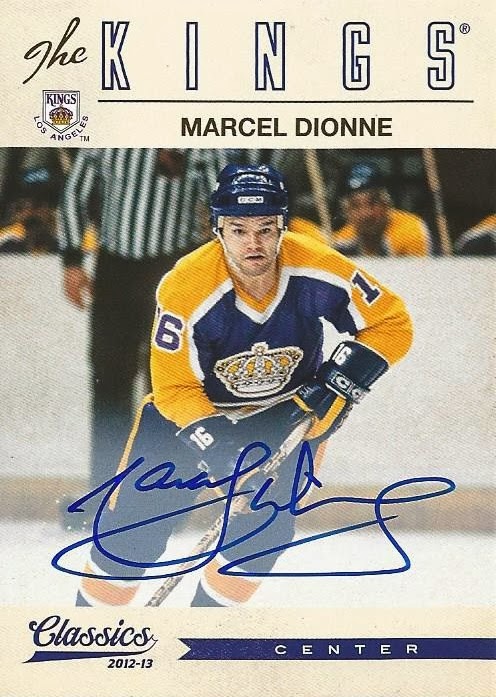 Anchoring those two at center was none other than Hall-of-Famer Marcel Dionne.  That is certainly an extravagant signature right there.  I have a feeling casual fans may not realize just how many points this guy tallied in his NHL career.  He is fourth all-time in goals scored, and fifth all time in points scored!!!  When he retired in the late '80s he was second in both these categories to only Gordie Howe.  There are only three players in the game who are within even 250 goals of Marcel's career total (Jagr, Selanne and Iginla) and it doesn't look like any of them will topple Dionne.  I think he's safe within the top 5 all-time for a while yet. 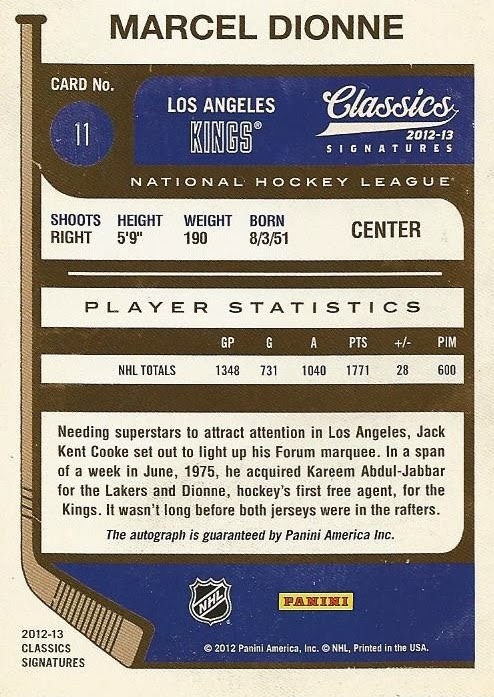 There you have it, the Triple Crown Line.  The Simmer and Dionne cards bring my total from this set to 84 autographs and counting...
Posted by shoeboxlegends at 9:00 AM

More great autos. Hockey players rule! I'm old enough to appreciate Marcel Dionne. Pretty sure I have his Topps 1972-73 rookie card that I collected when it came out.

What an amazing trio! Would have been cool if Panini had used a retro jersey photo for Taylor like they did with Dionne and Simmer.

Thanks guys! Hackenbush, I have the '72 Topps Dionne, although I never considered it a true RC since he's in the '71-72 OPC set. Awesome card though.

Dave, I thought the exact same thing you did about the sweater on the Taylor card...