Dinosaur Cards from a Nocturnal Owl

Late last week I received a PWE in the mail from everyone's favorite card blogger, Night Owl.  The impetus behind this envelope was a couple of Allen & Ginter Monsters of the Mesozoic mini inserts that I claimed a while back when he offered them up: 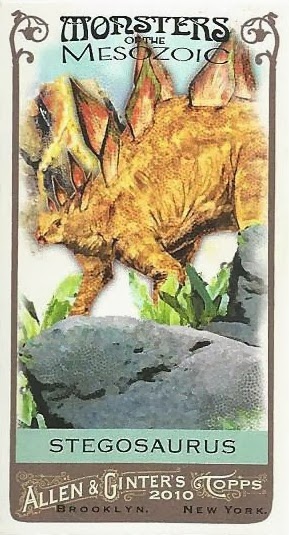 Like probably 90% of young boys, I was fascinated by dinosaurs as a child.  Compounding that was the fact that Jurassic Park came out when I was an impressionable 11 years of age.  Because of that, I thought these inserts were interesting, and while I don't have many of them yet I couldn't pass up a chance to bring a couple into the collection.  I think everyone's familiar with the Stegosaurus, but I was definitely less aware of the dinosaur on the card that accompanied this one, the Supersaurus: These guys, first discovered by man in 1972, were as enormous as their name would suggest.  Apparently they grew to over 100' in length and could weigh as much as 40 tons.  It still blows my mind to picture a land animal that size roaming the Earth. 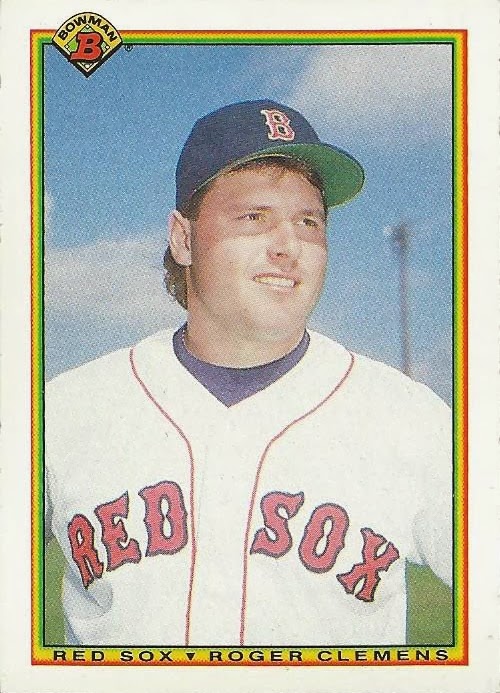 Greg managed to fit a few more cards within the confines of the PWE, including two 1990 Bowmans that believe it or not were actually on my Red Sox want list!  Probably the two biggest stars on the team too, The Rocket... 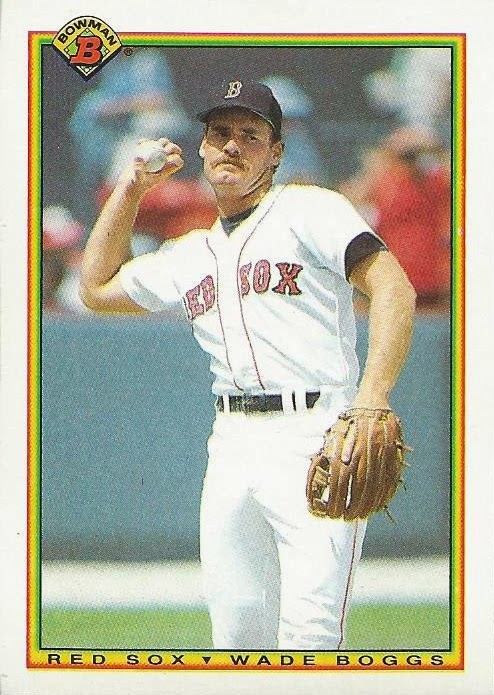 ...and Mr. Boggs.  I like this photo, as Wade appears to be practicing his knuckler.  Also, that right there is not the torso of a player on PEDs. 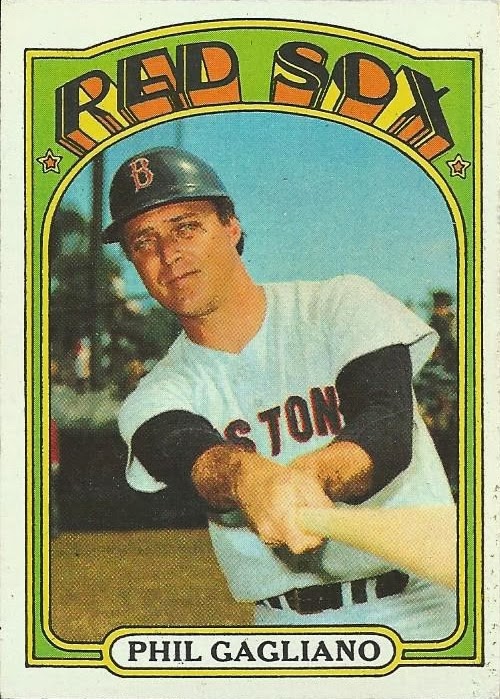 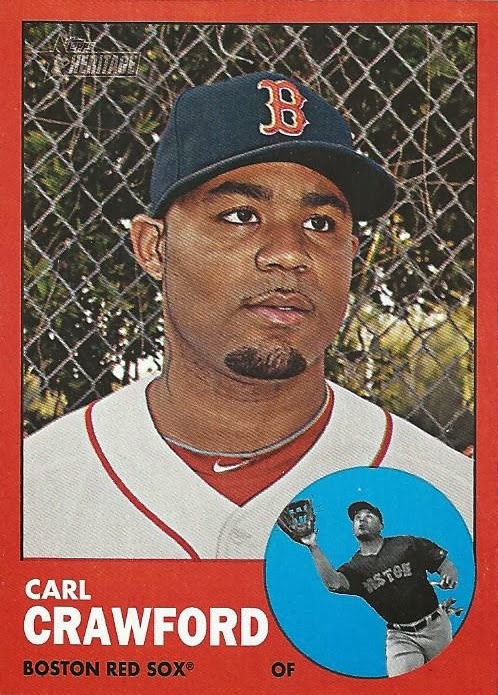 Finally, a cool (Target?) red parallel from 2012 Topps Heritage featuring the chain link fence that's prevalent on so many Sox cards from this set.

Thanks for the great PWE Night Owl!  I'll get your Oil Can Boyd auto and a couple other cards out in the mail this week...
Posted by shoeboxlegends at 1:00 PM

Dinosaurs are awesome! I sometimes wish that I would chase some of the Champs sets just for those reasons alone. Then I remind myself I have too many things I am chasing already and don't need another....

Always jealous of anyone who has a '72 Ryan. I expect that to be the last card I get from that set.