A while back I acquired my very first 1933-34 O-Pee-Chee card, of none other than Bun Cook.  Today's post features my second card from this iconic, inaugural set from everyone's favorite hockey card manufacturer: 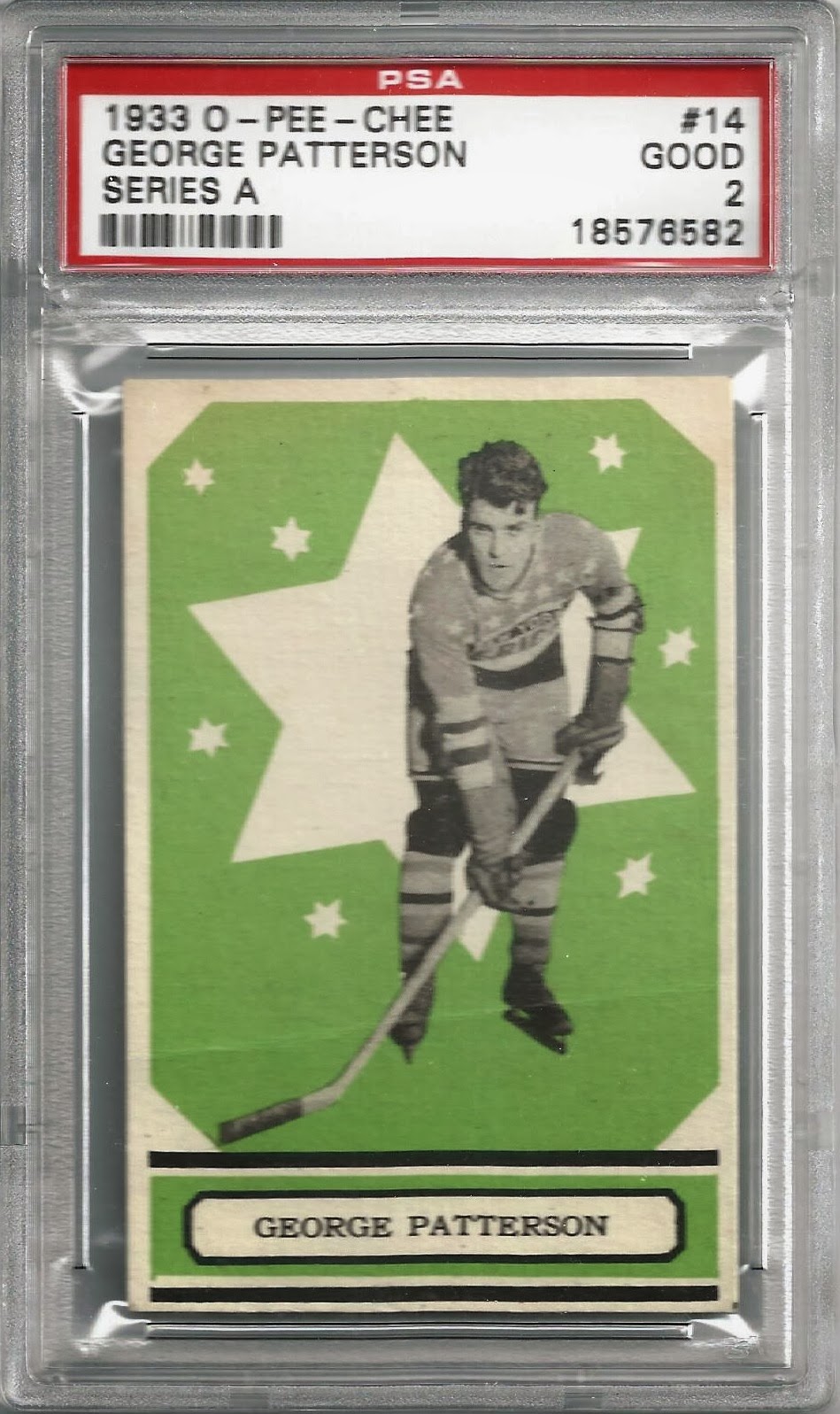 George Patterson may not have enjoyed the most distinguished career at the NHL level, and when you look up the '33-34 O-Pee-Chee set in your latest price guide you'll notice he's a common.  There are still so many great things about this card though, including but not limited to:
There's no way I'm going to top that last one, so I'll stop there... 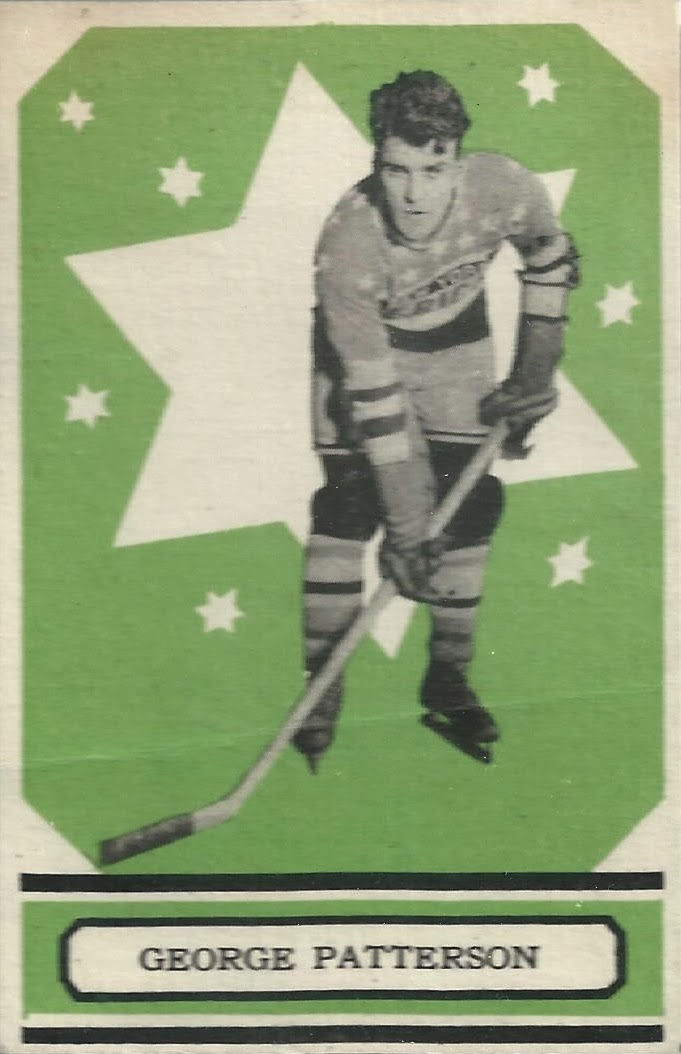 Here's a closer look at the card.  There is one large crease that goes right through Patterson's skates, but other than that this one is a beauty!  Much better shape than my first card from this set, that's for sure. 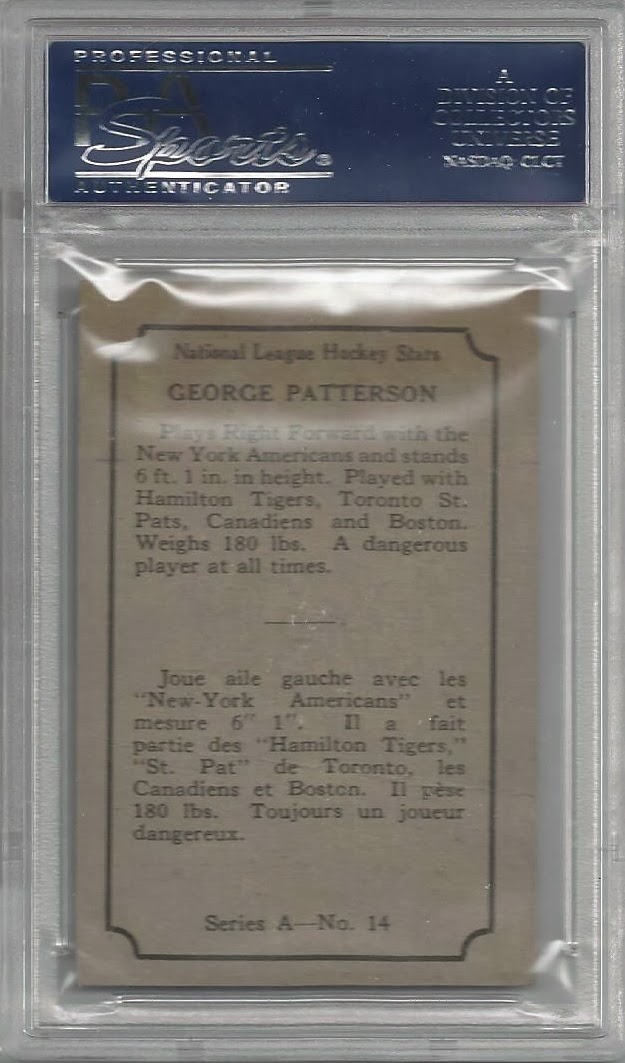 Finally, a look at the backs, which are the least exciting thing about these cards if I'm being fair.  I don't delude myself into thinking I'll ever finish this set (Howie Morenz and Eddie Shore combined book at $4,000 alone), but I'll certainly pick up cheap examples like this whenever and wherever I can!
Posted by shoeboxlegends at 9:05 AM

I saw this when you first posted it but didn't have time to leave a comment. It's really cool to see these cards posted. It has been a long time since I got anything from the 30s. I'll have to make that a goal for this year. :)

Thanks! I'm absolutely in love with this set, I don't find them at a reasonable price all that often but I do have one or two more coming that I think you'll like!