Now that we're a good three weeks into the new year, it's high time I got to posting my first 1953 Topps card. 2014 wasn't super successful in terms of this lifelong set-building goal. I went into the year with 61 cards profiled, and finished it with 72.  A net gain of 11 cards means I added less than one per month, and to make matters worse I haven't done one of these posts since July!  My goal for this year is to add 18 more cards to my set, which would get me to an even 90... 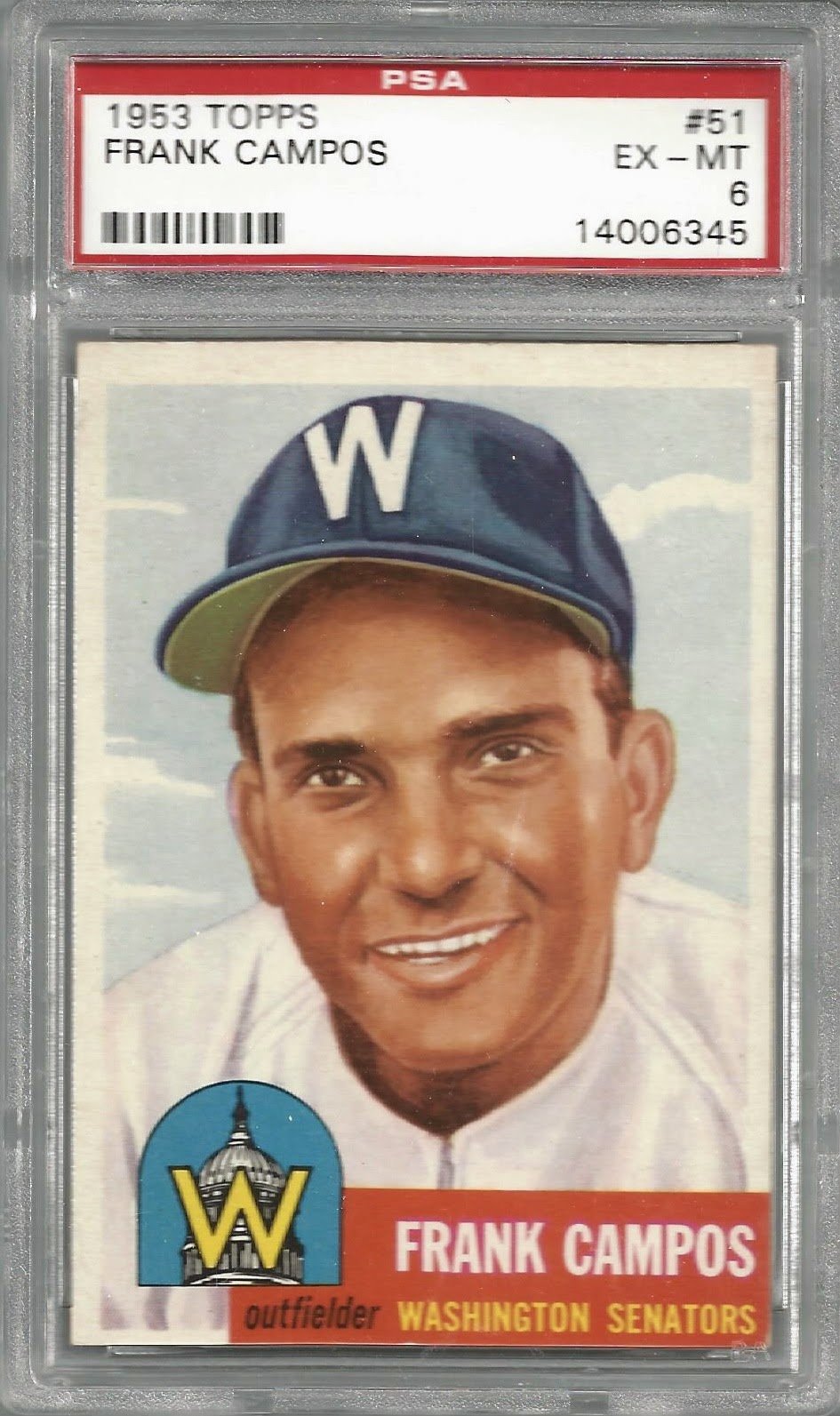 First up is one of the least experienced MLB players to grace the '53 Topps checklist.  Frank Campos looked great in 8 appearances at the end of the 1951 season (.423 average over 26 at-bats!), enough so to see more significant time in 1952.  He sort of crashed back down to earth though, and after just 10 pinch-hit appearances in 1953, his career came to an end. 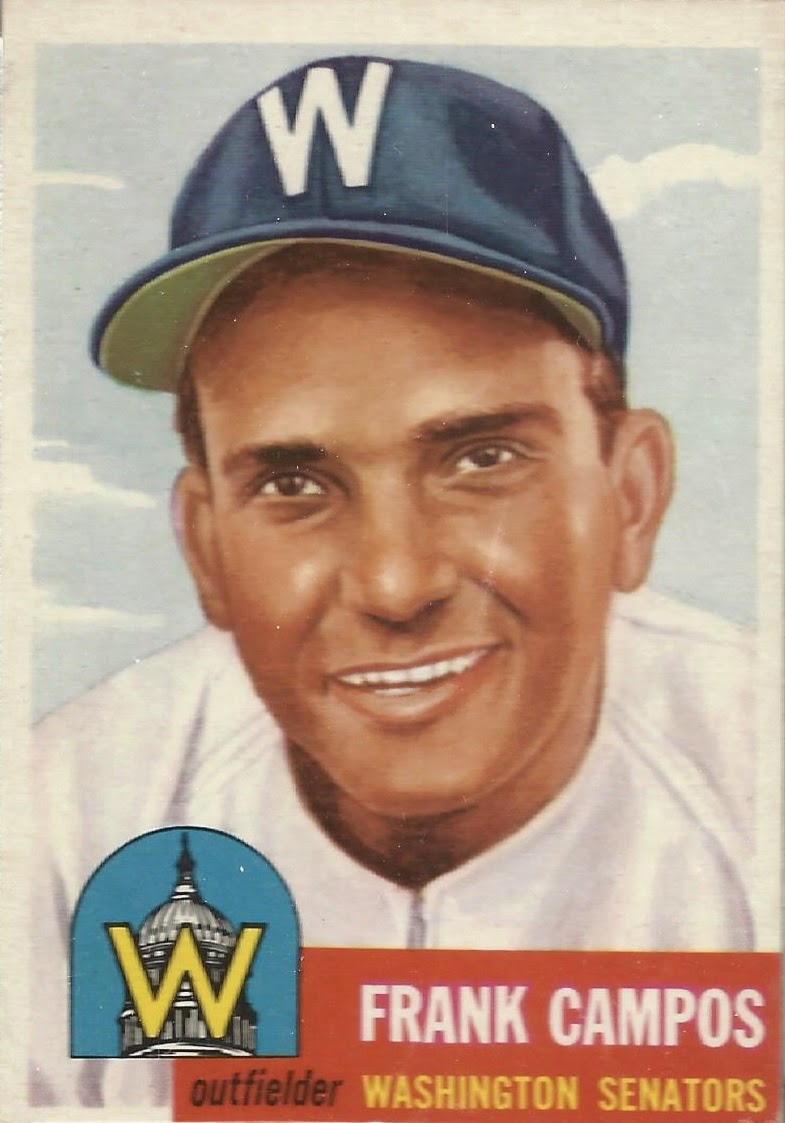 71 total games played over the course of three seasons, all with the Washington Senators.  A career .279 hitter with no home runs and just 13 RBI.  Hey, that's 13 RBI more than you or I will ever accumulate, and was good enough for a place in one of Topps' most iconic sets! 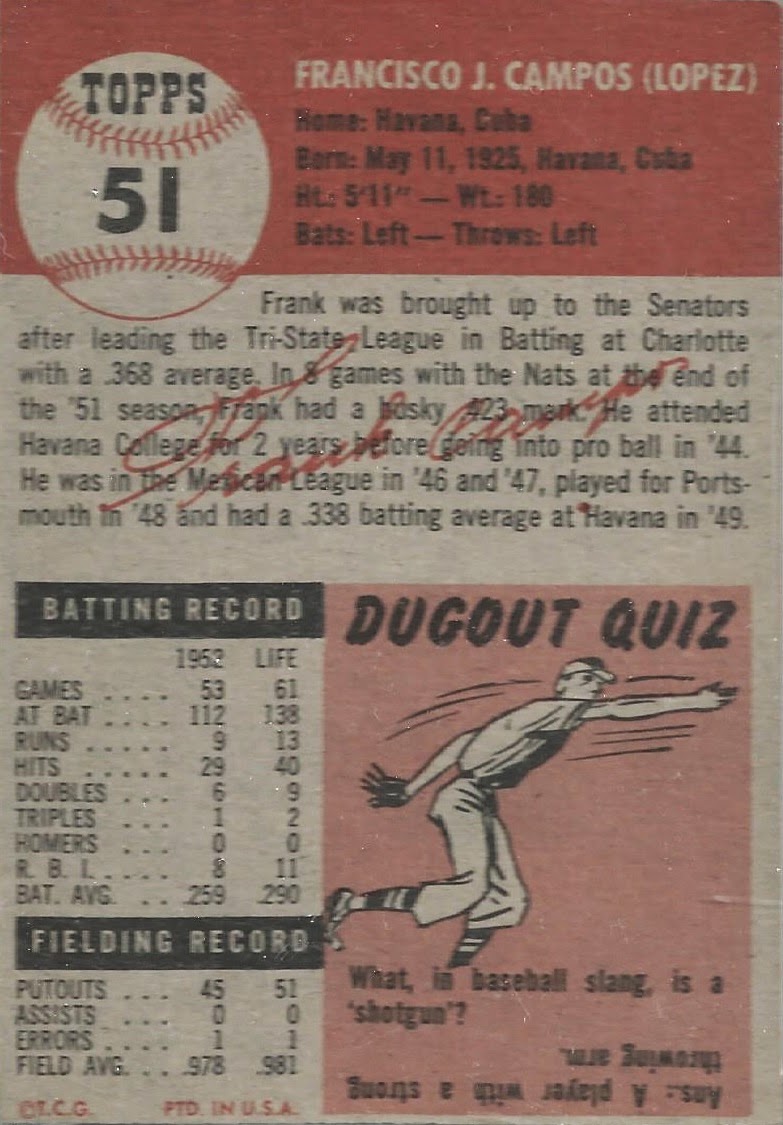 I admire your persistence in collecting a graded set. My hat is tipped.

Thanks, slow and steady wins the race here. It's a smaller set for vintage baseball at 274 cards but still a beast. Hopefully I'll be around 1/3 there by the end of the year...

Oh boy! That is a beaut. Your vintage baseball has a serious affect on my desire to get into that sport.

I love seeing the old Senators.