Quick post today, featuring an autograph that I wasn't necessarily searching out but was just too good to pass on for the price: 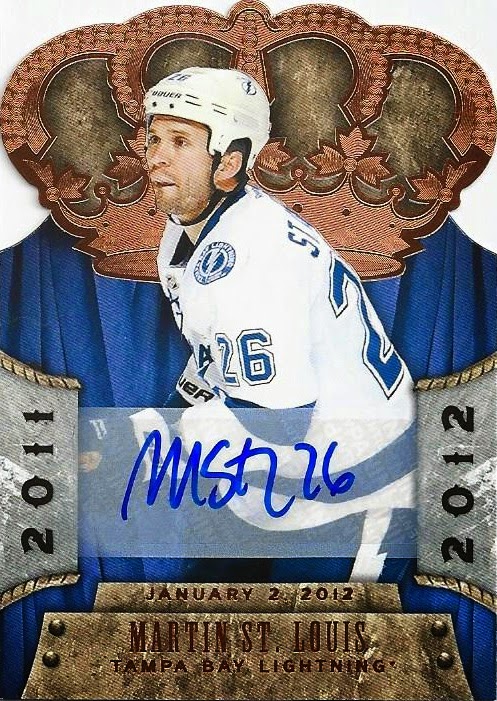 A couple of decades ago Martin St. Louis was an undersized and un-drafted player finishing up a successful collegiate career at the University of Vermont.  I highly doubt at that point in time that anyone other than Martin himself had an inkling that he'd go on to be as successful in professional hockey as he has been.

Fast forward to 2014, and St. Louis is one of the most well known players in the game.  He's appeared in over 1,000 NHL games, recorded over 1,000 points, captured Olympic Gold and even hoisted Lord Stanley's Cup. 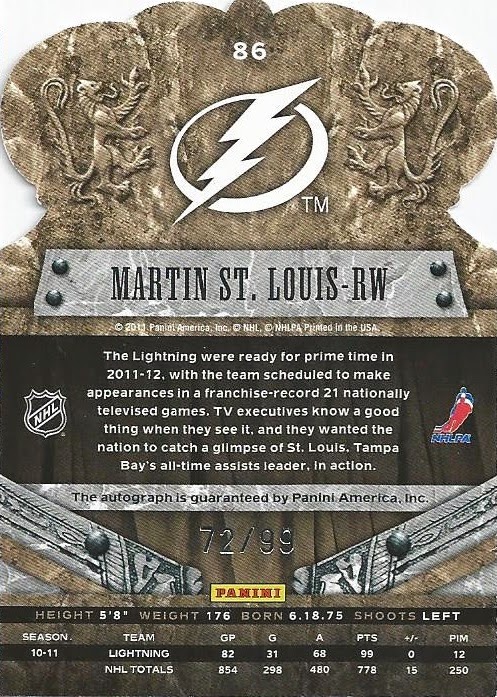 Wow, that's a great pick-up. I sure wish MSL had gotten to hoist last season's Cup as well but that's just how it goes.

That's a really nice auto card; Crown Royale's design is one of my favorites. Got it for a steal as well!

Another fantastic autograph pick up of a player for some unknown reason doesn't receive much hobby love.

Superb! I have been trying to land one myself but usually the bids get higher than that! Plus I get killed on the US-Canada shipping charges.