I've got a pair of Boston Bruins autographs for you today, both picked up on the cheap in recent months, and both from 2013-14 releases... 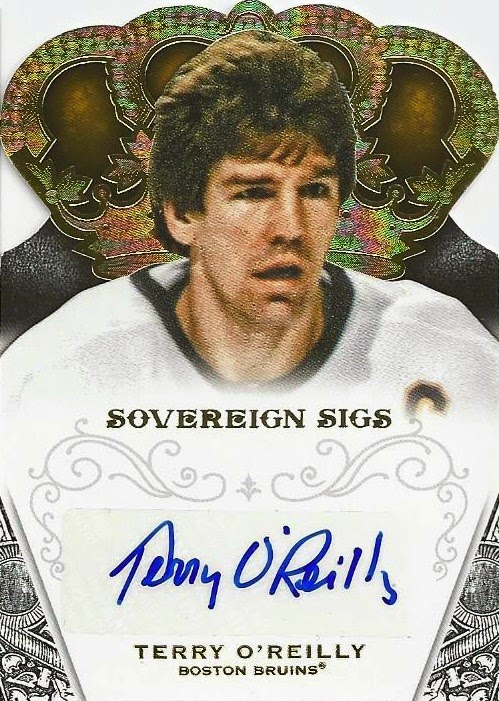 The first card features a B's legend of the past, Terry O'Reilly.  Not my first O'Reilly autograph, as he was featured in the Classics Signatures set that I went nuts over.  I do like these die-cut cards though, and it seemed like a good time to post this one after featuring Martin St. Louis' last Sunday.  Someday I may end up trading this one away, but it seemed like too good a bargain to pass up at around $3.50. 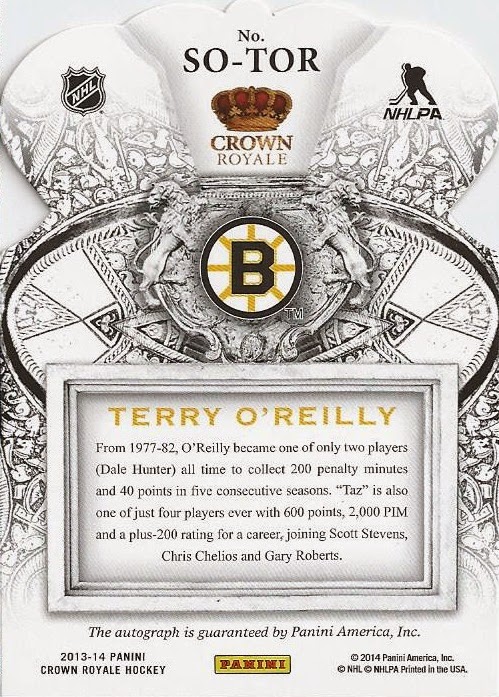 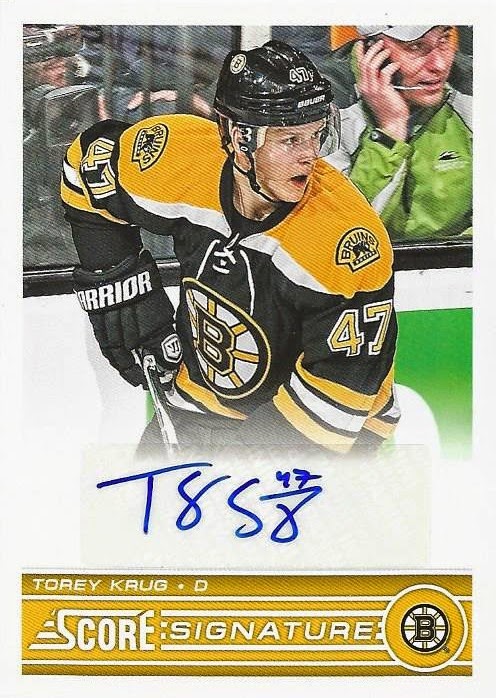 On the other end of the spectrum, here's a younger guy still with the current squad.  Torey exploded onto the scene during the playoffs a couple of years ago.  It was obvious that he wouldn't be able to keep up the scoring pace that he established during his first post-season run with the team, but he's settled in to become a solid defender in the B's lineup.  Despite his diminutive stature, I expect Krug to be patrolling the blue line for an NHL squad for many years to come. 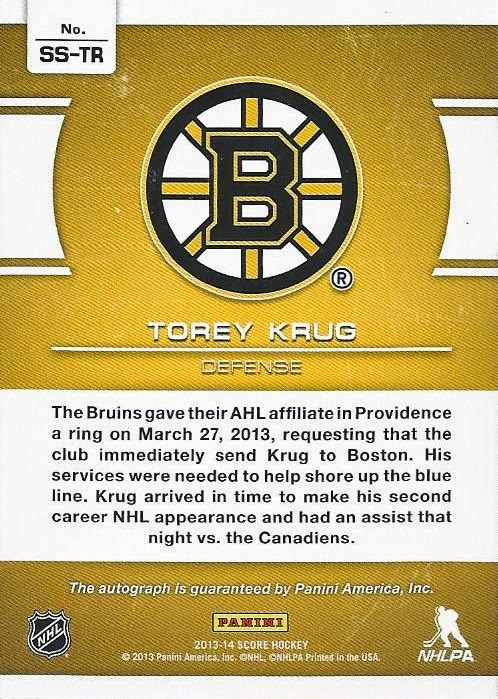 I was a big fan of the 2013-14 Score set, so it only made sense to pick up this autograph, especially since I won it for an even $3.  I've grabbed a couple of other signatures from this Score set as well, players who are better and more widely recognized than Torey Krug here.  I'll be showing those off in a future Signature Sundays post.

That's all for now, enjoy the football games today!  Go Pats!
Posted by shoeboxlegends at 8:13 AM

Now those are some sweet autographs to add to your collection. Have you ever seen the video of Taz punching referee Van Hellemond?

Nice ones Shane! Those Score Signatures look great although the checklist for the autograph set is not much to be desired for - seems like they used stickers that were in left over bin; Jeremy Duchesne?

Thanks guys. Mark, wish I could get to Mansfield today, had no idea there was a show. We'll see, but unlikely. Enjoy if you make it!

Marc, never seen that video but you've intrigued me, I'm headed to find it now.

Brad, agreed on the checklist but I do have a couple of other players that are more well-known than Krug here...