Package of Prizm (and More) from Jason! 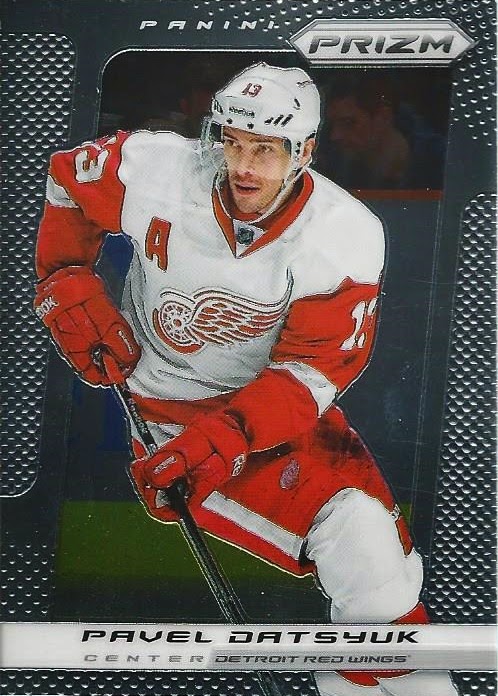 Back when I posted the first few packs of my 2013-14 Panini Prizm retail box, reader Jason left a comment.  He had purchased a couple of blasters of the product on discount at Wal-Mart, and wasn't interested in hanging onto the cards.  A trade was born, and in the end Jason shipped me over 40 cards towards the set! 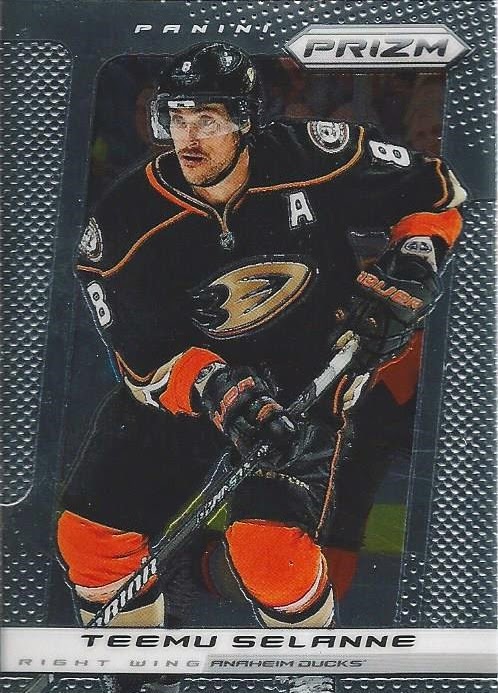 My absolute favorite of the base cards was Teemu Selanne.  I don't know too many hockey fans who don't like Selanne.  I am not a player collector, but if I was he'd be on my list. 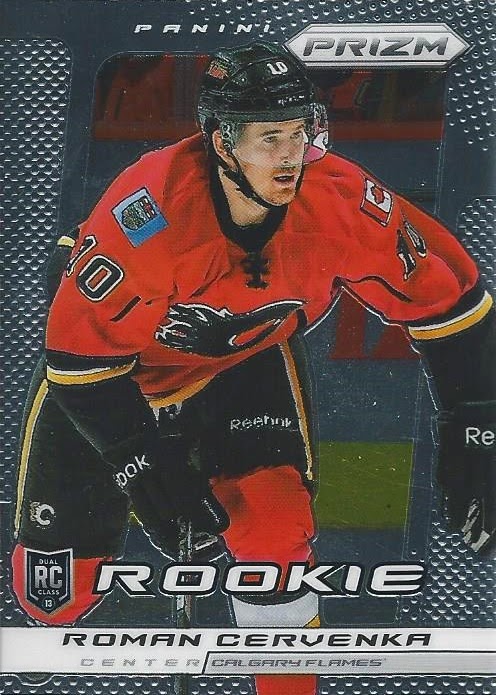 Included in the 40+ cards for the base set were a few short-printed rookie cards as well!  Roman Cervenka was already a well-known commodity in Russia before coming to the NHL (his 31 goals were the most by any player in the KHL in 2010-11).  He lasted only 39 games with the Flames though, and is back playing overseas. 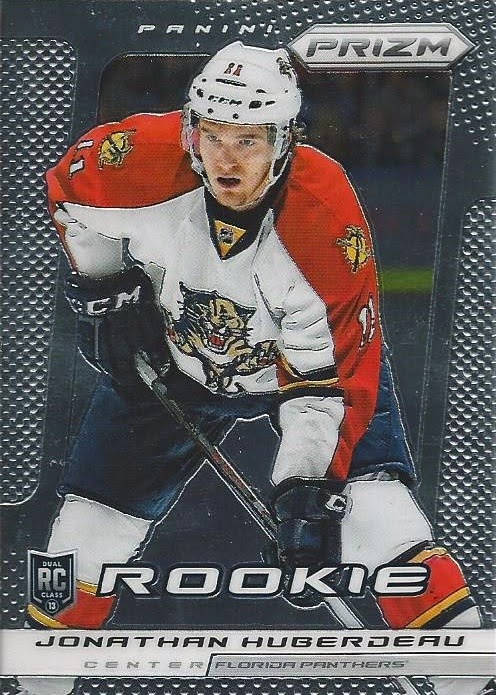 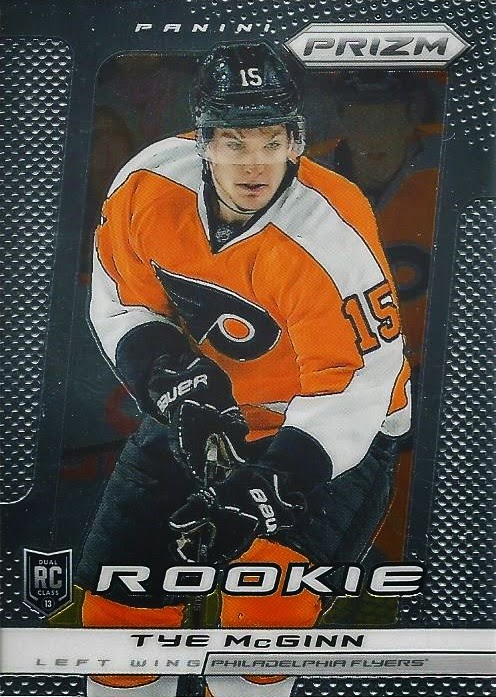 Younger brother of Jamie McGinn.  Now with the Sharks organization. 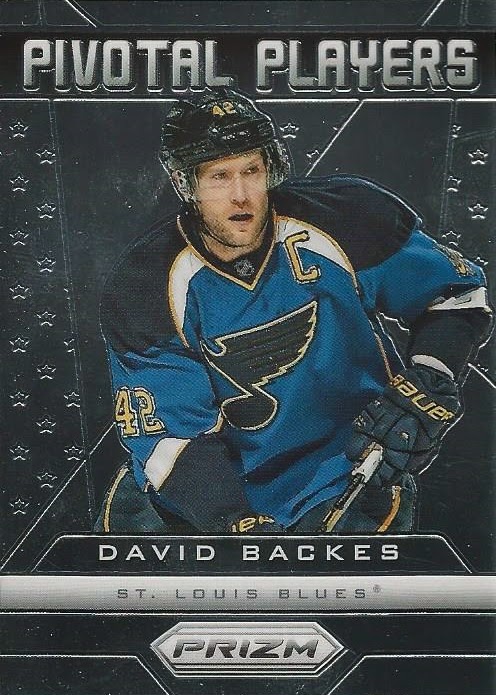 It wasn't just the base cards that Jason was willing to send, as he included this David Backes Pivotal Players insert.  I've pulled one of these from my box so far. 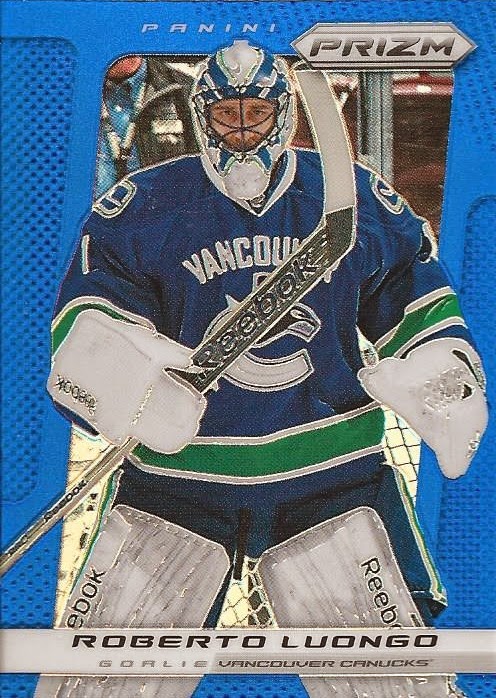 Perhaps my favorite Prizm cards in the package were these blue parallels.  The colored parallels from this set look amazing in person, especially when there's a match with the jersey color.  They don't scan half bad either I have to say.  There were 8 of these in total. 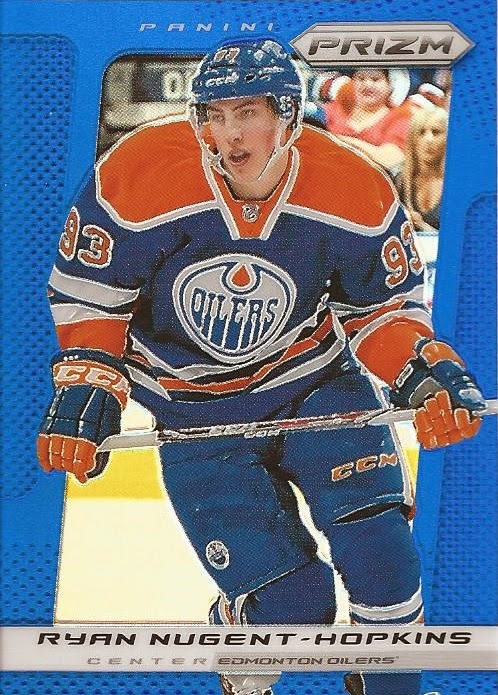 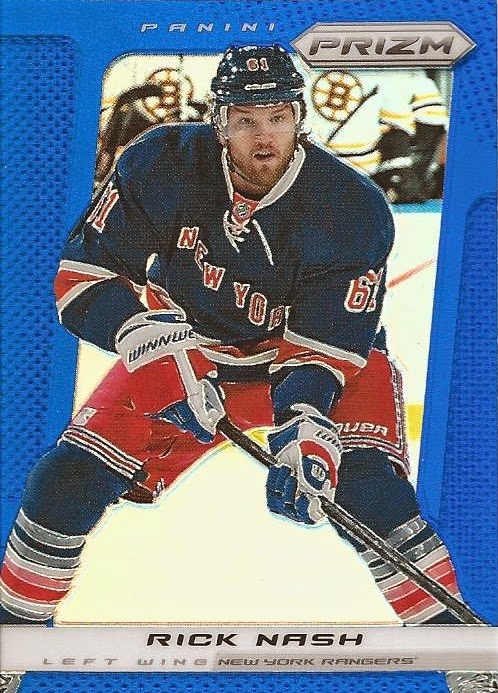 Some pretty big stars amongst the parallel cards. 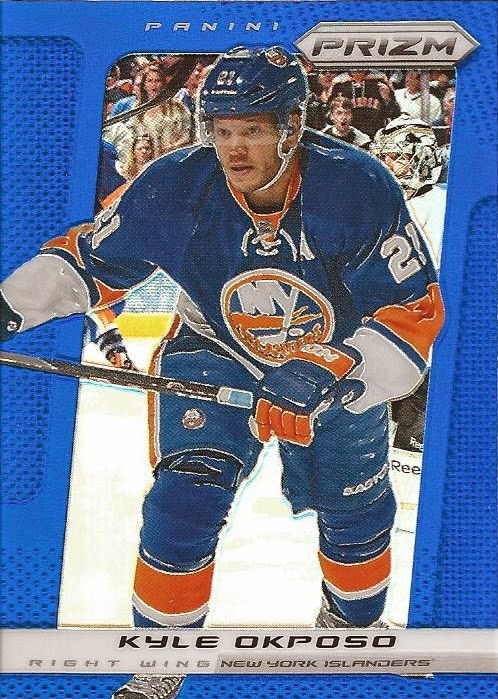 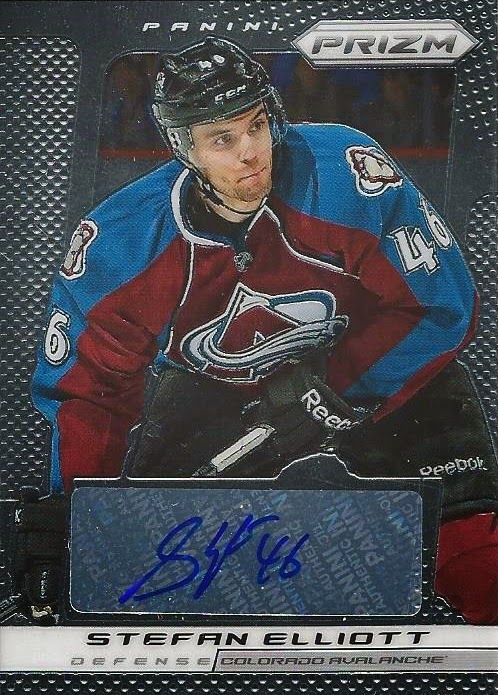 Jason was even kind enough to include his one hit from the 2 blasters he ripped, this Stefan Elliott autograph.  After just a single game with the Avs last season, Elliott has yet to be promoted from the AHL in 2014-15.  He's having a great season down there though, with 11 goals and 14 assists in 39 games as a defenseman. 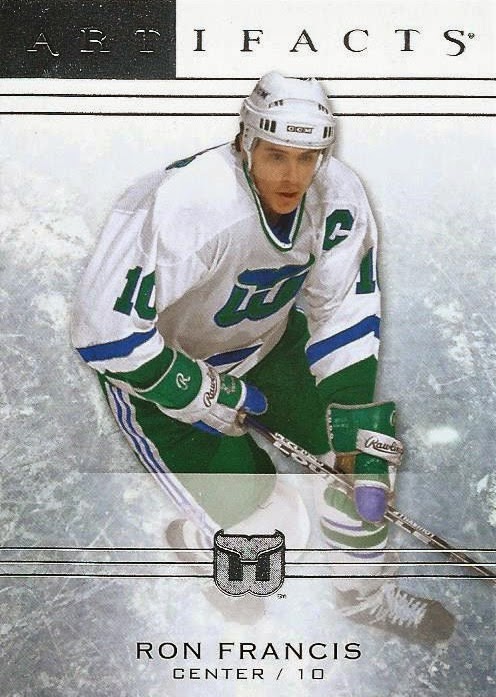 Sending me all those great Prizm cards would have been more than enough, but Jason picked out a couple of other cards he knew I'd like from reading the blog.  This Ron Francis is from the brand new Artifacts set, and represents my first 2014-15 Whaler cardboard. 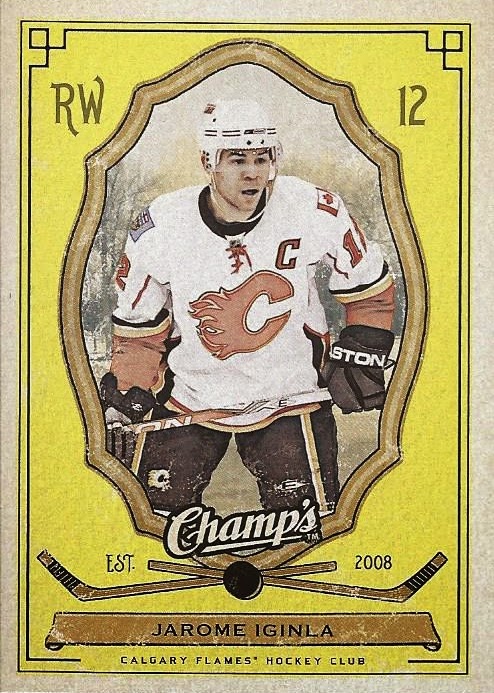 Last but certainly not least, my two favorite cards in the entire package were a pair of 2009-10 Champ's Yellow parallels.  These aren't the easiest cards to come by, and I try to pick them up on the cheap whenever I can.  At one-per-hobby-box I doubt I'll ever complete the 100-card set, but I'm definitely going to try.  Jason sent along future HOFer Jarome Iginla... 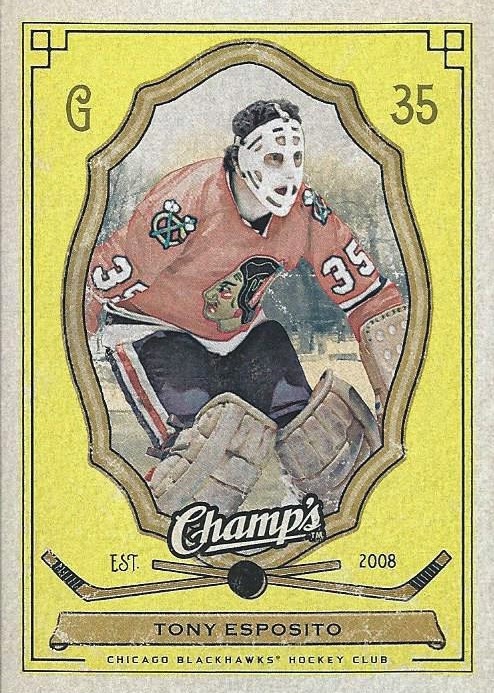 ...and HOFer Tony Esposito.  This card is great!  I'm up to 13 of these parallels now, which isn't half bad.

Jason, thank you so much for the thoughtful package, and for reading my blog.  I will have another envelope of cards off to you sometime this coming week...
Posted by shoeboxlegends at 9:44 AM

Love be the Tony Esposito

Glad you liked the cards! I figure throwing a few surprises in the midst of the package kinda makes it a bit like opening a pack!