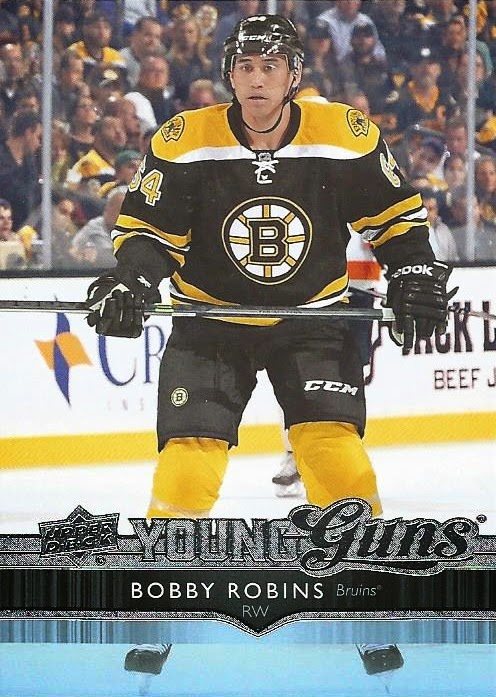 Why?:  Saw this card posted on Coast to Posts a while ago, and knew I wanted a copy.  I'm sure getting an officially licensed Upper Deck hockey card meant more to Bobby Robins than it does a lot of players in this year's set.  Look at what he went through after college before finally reaching the NHL with the Bruins this season: 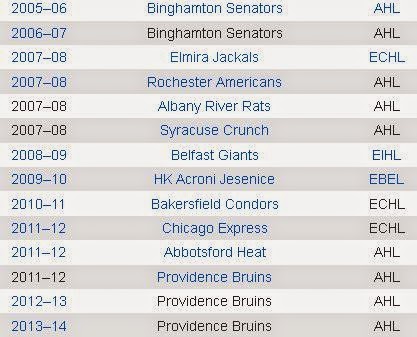 Guy played all over the place, including in Europe, and finally got to crack the Bruins' NHL roster back in October.  True, he lasted just 3 games, 7 minutes and change of total ice time, and accrued 14 PIM, but he made the show.  Congrats Bobby on making it to the NHL, and on receiving a proper Upper Deck Young Guns rookie! 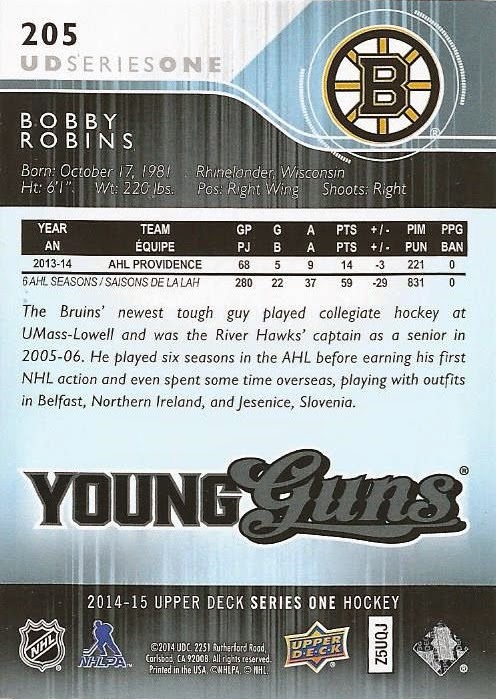 Posted by shoeboxlegends at 7:23 AM

It was nice to see him finally make the jump out of Providence to Boston. Nice shot of him in the big club uniform. Another nice pick up.

Is it too late to nominate him for a bip award?