Another trade post tonight, I'll be caught up for the first time in a long while if I can keep this pace for a bit.  Tonight's cards came courtesy of Joe Shlabotnik in a recent PWE. 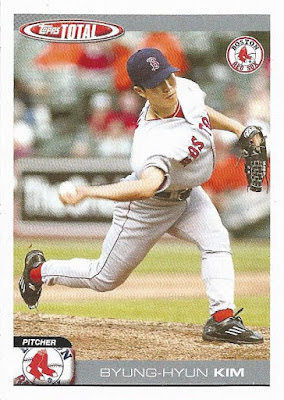 Joe's note indicated that I could think of this as sort of like a group break that I didn't sign up for.  I saw some Topps Total cards staring back at me from the 3-pocket PWE-friendly sheet that the cards were shipped in and I knew then what was up. 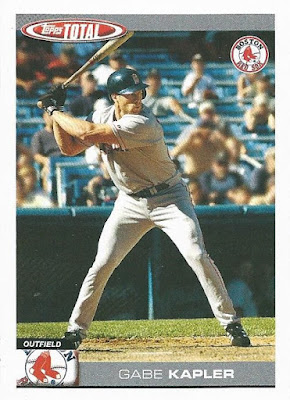 A few months ago Joe posted about a trip to a local show where he picked up a wax box of 2004 Topps Total.  A damn fine item to return from a show with if you ask me.  Like so many collectors I really love this release. 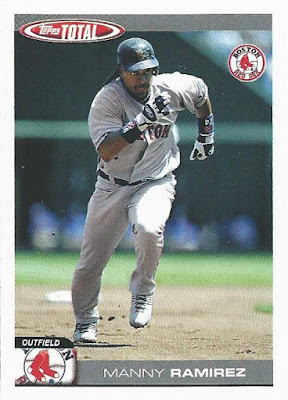 Well, apparently Joe was kind enough to ship most if not all of the Red Sox he must've pulled my way! 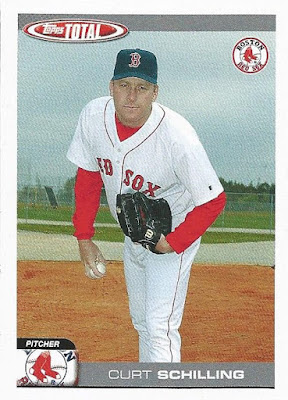 I only had one or two cards from this set previously, so every single one that Joe stuffed into this PWE was brand new to me. 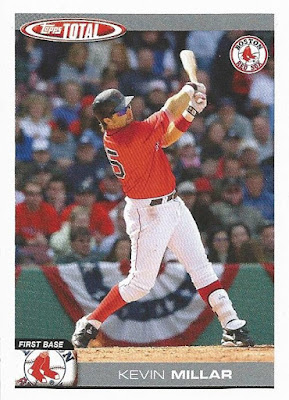 There's not much I can say about these that hasn't already been said, or isn't obviously implied by the name of the set.  Maybe it's just the particular set of blogs that I read, or the particular set of collectors that I interact with, but I feel like I've heard the rallying cry for Topps to revive this set more than any other extinct release from their history. 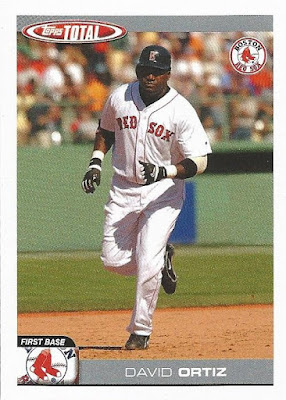 The stars of the game... 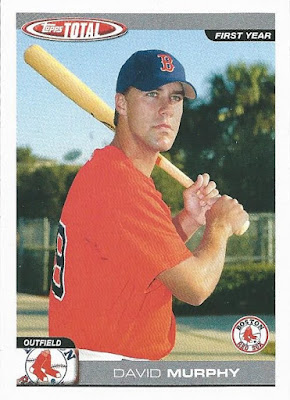 ...players who were just embarking on their pro careers... 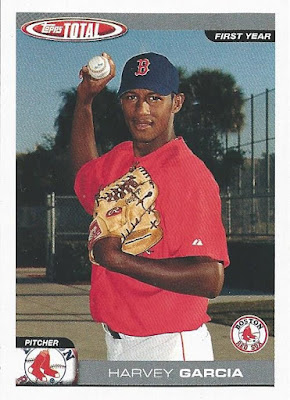 ...and fringe guys who would have just a cup of coffee in Major League baseball.  Combine this wide variety of subjects with a gigantic checklist, classic card stock and no foolish short prints, and Topps Total really harkens back to a simpler time. 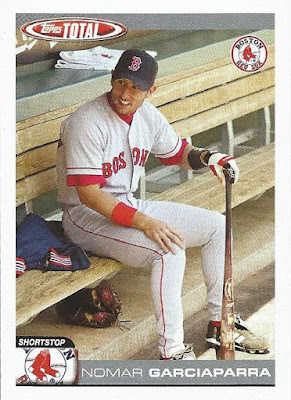 This team checklist card, which I guess is technically an insert, was even included.  This will help me track down the remaining cards I still need to complete my team set, the old school way. 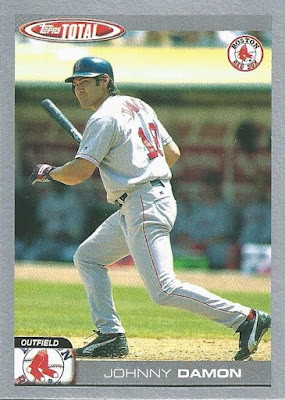 Even a set as simplistic as Topps Total isn't immune from parallels.  I got two of these silver parallels (guessing one per pack?) in the PWE.  One of my favorite players from a period when I was attending games at Fenway all the time, Johnny Damon... 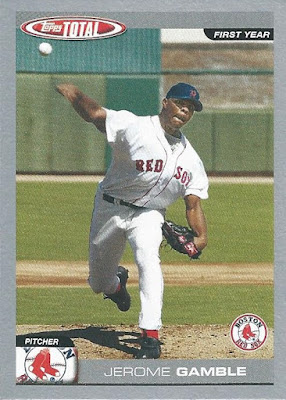 ...and on the other end of the spectrum a guy who never actually made the show.

A giant injection to my Sox collection there from one of my favorite sets of the early 2000s.  Doesn't hurt that 2004 is a significant year in the history of the Boston Red Sox either.

As if all of that wasn't enough though, Joe also included a buyback, and a very nice one at that: 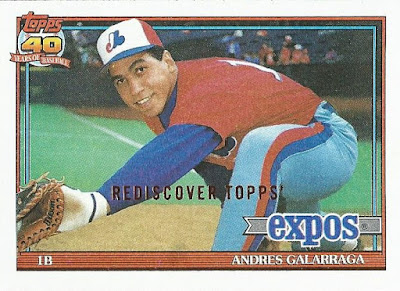 A star player in glorious Expos uniform, on a unique horizontal card from one of the under-rated sets of my childhood collecting heyday.  What's not to love?!?!  Simply awesome, and what's more 610 was a number that I was missing previously, so the Big Cat makes the franken-set binder.  I don't foresee this one getting ousted anytime soon!

Thanks for the awesome cards Joe.  I just put the finishing touches on a small bubble mailer for you that should be hitting the mail by the weekend...

LOL...I have the exact same post scheduled..same title in fact...only with Orioles cards. Back to the drawing board. ;-)

2004 Red Sox are always a nice addition - I really like the Millar and Nomar cards. Never heard of Harvey Garcia but I do vaguely recall Jerome Gamble.

Your buyback set is really coming along nicely! It's going to get harder for the blogoshpere to contribute cards like that Big Cat. Way to go, Joe.

My arm hurts looking at that first card.