I might not be watching the Red Sox kick off the World Series tonight, but at least I can still enjoy some new Red Sox cards courtesy of my friend Nick from Dime Boxes.  As has been well documented around the blogs, Nick can really cram a PWE and get his money's worth out of a single postage stamp.

Don't believe me?  Check it out: 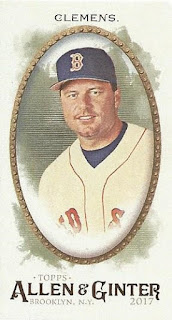 We'll start off with a couple of mini cards from the latest Allen & Ginter release, featuring Sox starting pitchers. 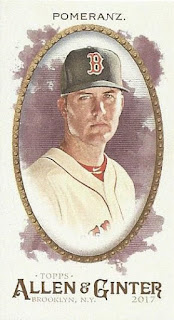 I appreciate these because I didn't pull any Red Sox minis in the lone blaster of Allen & Ginter that I purchased this year (which I sent the contents of to Nick actually!). 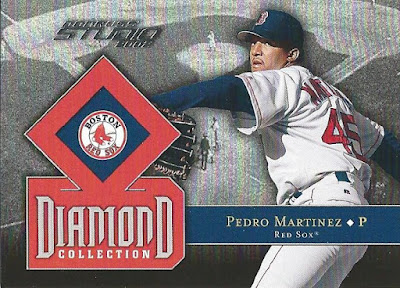 Here's an insert of arguably the best starting pitcher in franchise history when he was at his peak there.  Bonus points for this one coming from my collecting "dark period". 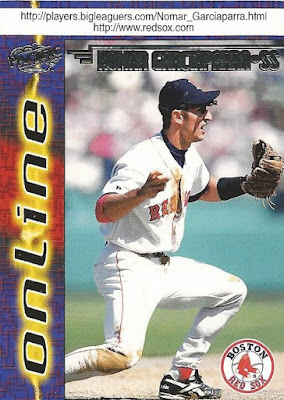 Hah, here's one that's definitely a sign of the times.  These late '90s Pacific Online cards had the URLs to the subject's player and team pages listed along the top.  You know, because the internet was the hot new thing.  I love the internet, and it certainly makes collecting quite a bit more fun than it used to be.  At the same time, I glad I got to primarily experience my childhood in the days before the web (and cell phones!). 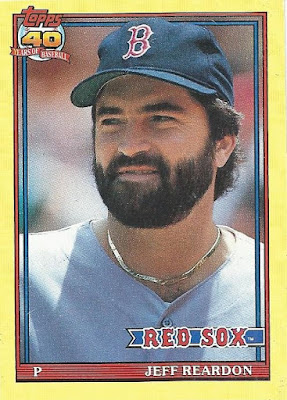 A box bottom?!?!  Awesome!  I've always enjoyed these hand-cut oddballs when it comes to both my baseball and hockey collections, but I'd never even seen this 1991 Jeff Reardon before that I recall.  Just perfect. 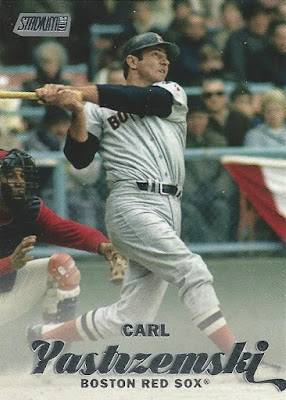 How about some brand new Stadium Club?  Check!  I love that the edge of the stadium bunting is visible on this Yaz. 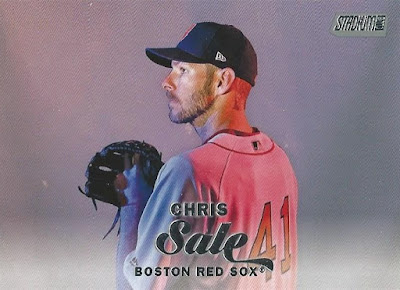 In a rare move for me, I actually purchased not one but two blasters of Stadium Club this year.  I probably would've picked up even more except that the collation was so horrible that close to 2/3 of the cards in my second blaster were dupes from the first.  Curse you, Topps! 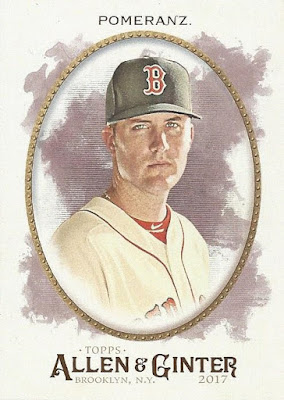 Rounding out the 2017s, here's the full-sized version of the A & G Pomeranz from up above. 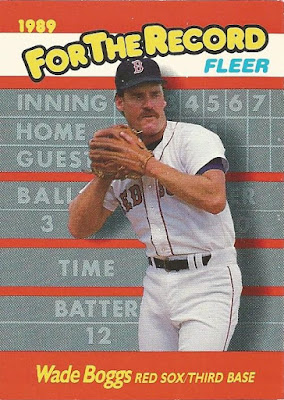 Of course Nick's PWE contained some unique oddballs, like this 1989 Fleer (insert?) For The Record Boggs.  That is one colorful card right there. 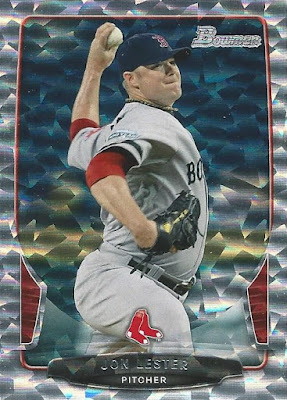 This PWE even had it covered when it comes to shiny.  These Silver Ice parallels from Bowman will blind you if they catch the light the wrong way. 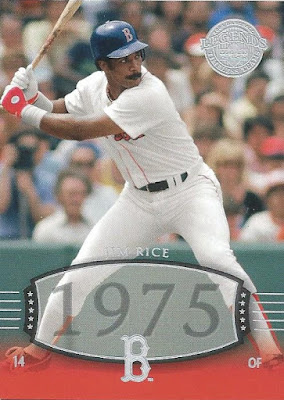 2004 Upper Deck Legends Timeless Teams is a set that makes me wish I had been collecting in the early 2000s.  I'm not sure I've ever seen a bad card from this set.  I've actually been working to condense my collection down some in recent weeks, otherwise I'd be tempted to find a complete set of this.  I'll happily take the Red Sox cards though. 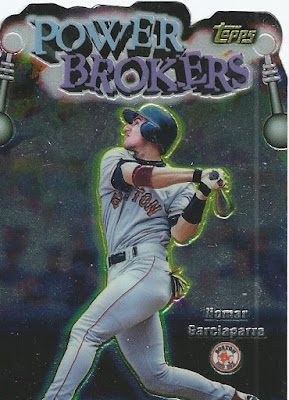 Even a die-cut card made its way into the envelope.  I've definitely never seen these Power Brokers inserts before.  I bet you can guess which decade they're from. 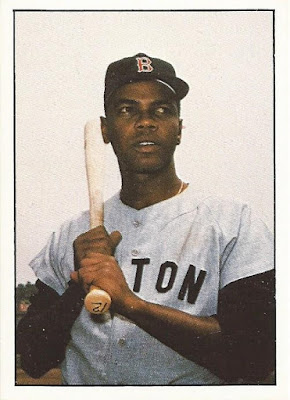 One of those great TCMA cards I've been reading so much about on The Five Tool Collector recently! 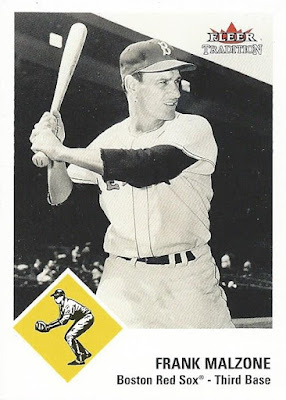 Here's the final Red Sox card, a Fleer Tradition card that borrows its design from the 1963 Fleer set.

Nick has contributed some buybacks to my franken-set project on many occasions now, and this time was no different as I received a nice pair of Topps Heritage box-topper buybacks: 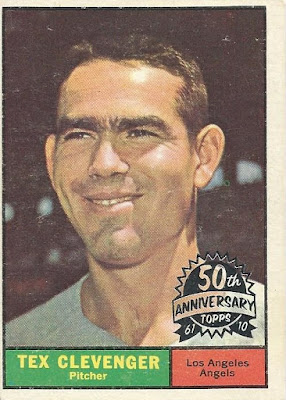 Tex Clevenger was a solid bullpen arm over the course of a few seasons, beginning with the Boston Red Sox back in 1954.  I don't have a whole lot of '61 buybacks in the binder so far, but in this case it's not a free pass for Tex here. 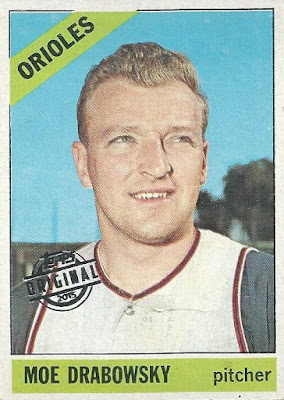 The great Moe Drabowsky is already in slot 291 with this '66 Topps release.  I could see either of these two being bested in the future quite honestly... 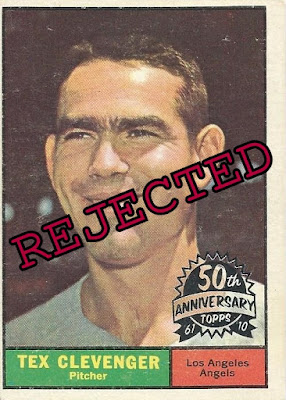 ...but for the time being I'm sticking with Moe. 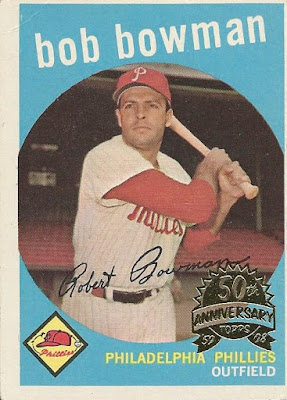 Here's the other buyback Nick sent, a lovely '59 Topps buyback of a man named Bowman.  I recently evaluated a whole batch of these '59 buybacks for the project, but Bob here was not among them.  This one's a perfect fit too, as I was lacking a #221 buyback at this stage.

Even better than that though is the fact that this one completes a new page! 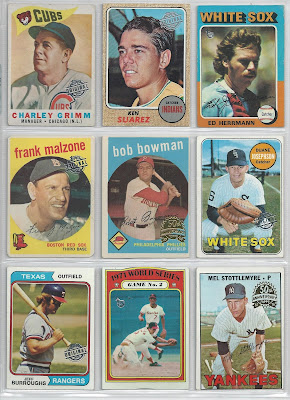 Oh man, for a fan of buybacks like myself that is a thing of beauty!  Some big names on this page including the 1974 AL MVP (on his '74 Topps card no less!), and the great Frank Malzone.  A very vintage-heavy completed page, with the most recent card being a '75.

Not too bad for a plain white envelope, huh?  Thanks as always Nick!  I've had another stack of cards building for you for a couple of weeks now, and it's just about ready to head your way...

Happy to hear I helped complete a frankenset page! Still not sure how I can cram so much into a PWE with a single stamp, but I thank my local postal employees for being so generous.