Here's a blaster of Stadium Club that I bought in a moment of weakness while in Target a few weeks back.  If I'm going to cave, at least let it be Stadium Club I guess. 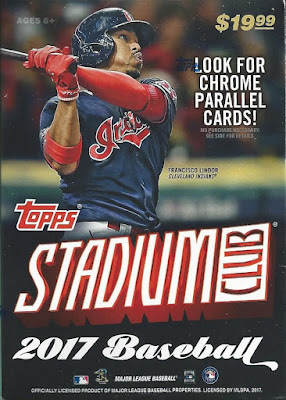 Since I don't have a ton of time today, I'll forego the usual showing of every card.  Besides, I'm sure most of you have seen every one of these by now anyway.  Instead, here were my 10 favorite cards out of the 40 that were in the blaster... 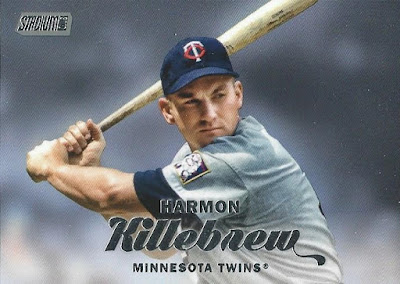 Half of the cards I selected to post were of retired stars, beginning with Harmon Killebrew.  There seems to be some type of angelic glow around Harmon here. 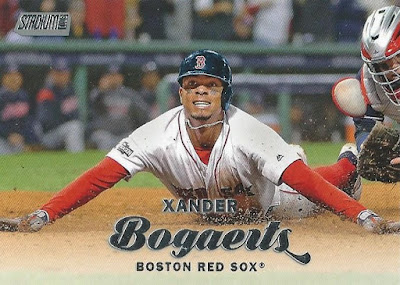 I was pumped to at least pull Xander Bogaerts' base card.  Ah, the good ol' days when the Sox weren't getting pummeled by Houston! 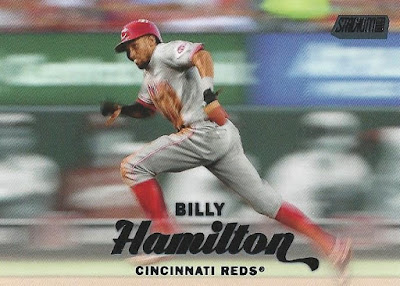 I pulled a single "Black Foil" parallel in my blaster, and I guess it was a good one to pull as I've seen quite a few collectors dub this one "2017 Card of the Year". 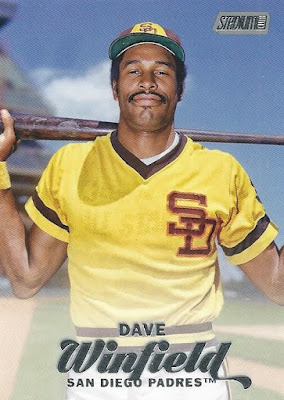 The uniform (featuring my initials!) is the obvious star of the show here. 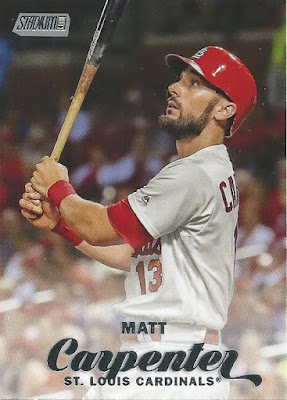 This card is apparently a short-printed photo variation.  I actually like the photograph on Matt's base card better than this one, but oh well.  I'll probably send this off to one of my regular trading partners at some point. 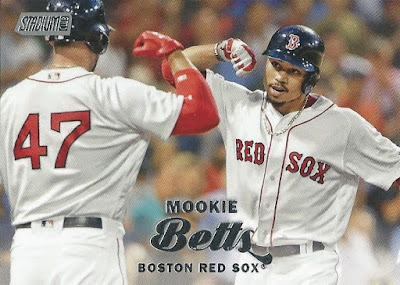 I did well with pulling Red Sox for once. 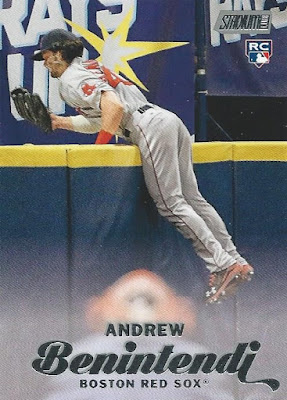 See?  I'm glad Topps chose to immortalize this particular catch on cardboard.  After all, Topps Now collectors shouldn't be the only ones who get to enjoy this great defensive play. 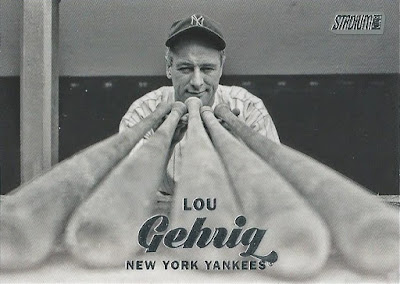 I don't really have any words for this one.  Just fantastic. 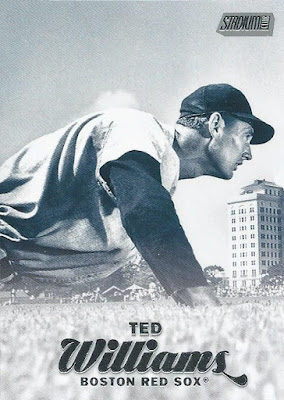 One last Red Sox card, and the one I was hoping to pull over any other too!  Such an odd shot here, is Ted doing push-ups?  Spring Training?  Whatever the case this is easily one of my most unique cards of The Splendid Splinter. 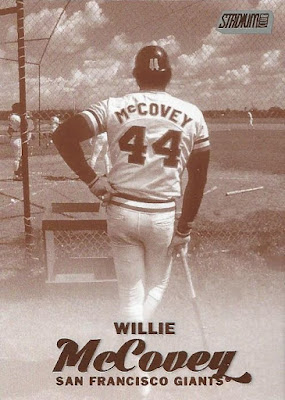 I'll close it out here with my lone Sepia parallel of the box.  I'd seen this one a few places before ripping my blaster and I was pumped to end up with this card as my Sepia.  Perfect.

Stadium Club continues to be one of the very few products that I just thoroughly enjoy year after year.  I know I'm certainly not alone there.  I have zero buyer's remorse on this one!
Posted by shoeboxlegends at 11:11 AM

Great stuff. Love the photo of Gehrig. Don't think I've ever seen that one used before.

Always a number of great photos. I actually haven't seen them all so I enjoyed your post.

I'll read about Stadium Club any day! I especially like that Carpenter one. Anyone who doesn't wear batting gloves is interesting enough to have some great cards (as Evan Gattis pops out to Pedroia as I write this).