Here's the rest of the surprise package of buybacks I received from Kin last week.  Will these make the franken-set binder?  Let's find out! 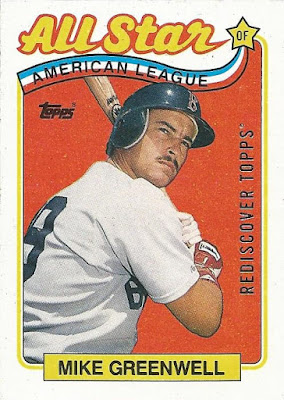 Coming out of the gate strong with a beautiful Mike Greenwell All-Star buyback!  This is basically the perfect buyback for a Red Sox fan such as myself.  I would have easily ponied up a dollar or two for this one if and when it surfaced on COMC, but now I don't have to thanks to Kin.  On top of that, this buyback completes yet another page in the binder: 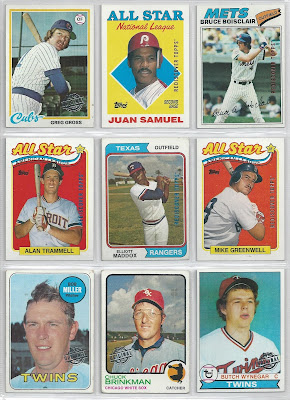 That is a beautiful thing.  One or two of these are candidates to be bounced out at some point, but it looks nice enough for now. 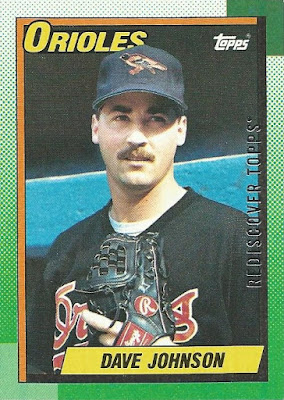 Kin knows I love 1990 buybacks, and he supplied a few more in today's batch.  Does Dave Johnson make the cut? 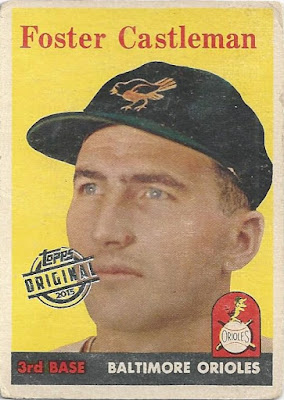 Oh man, a rough draw as he's pitted against another Oriole from 32 years prior. 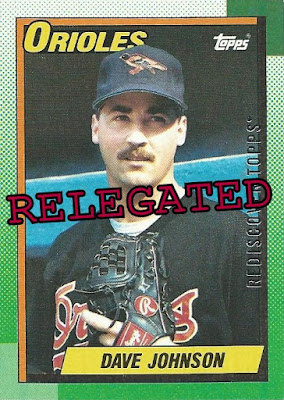 There's no way I can toss that Castleman from the binder in favor of a 1990 buyback.  This one's already in my 1990 buyback binder though, so it's a happy ending all around. 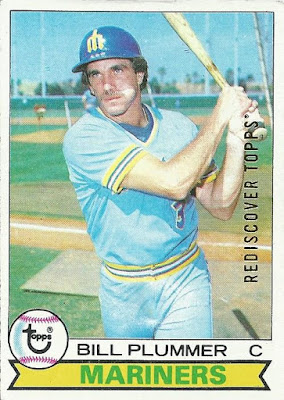 Here's Bill Plummer's final Topps card.  His lone season with the Mariners in 1978 would prove to be his last.  This one's an obvious Spring Training shot.  Kin fills another hole with this one, as I was lacking a #396 buyback before receiving this one. 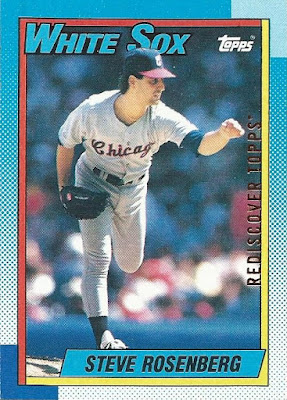 The White Sox tried lefty Steve Rosenberg out as a starter in 1989, and the results weren't very pretty.  In the 21 starts he made that season (the only starts of his MLB career), he went 4-13 with an ERA close to 5.00.  Ouch. 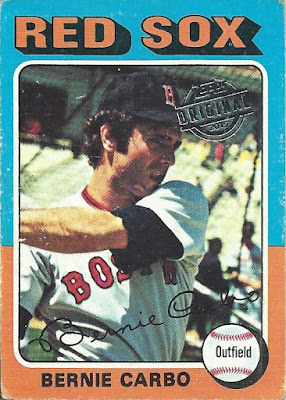 Steve doesn't have what it takes to topple this '75 Bernie Carbo, which is already in slot 379 of the binder. 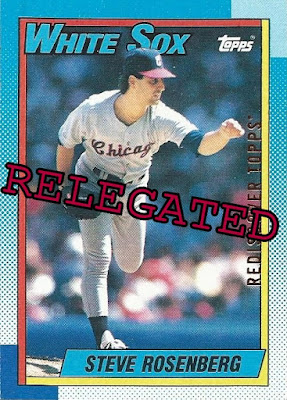 Not a problem though because, like the Dave Johnson card above, Steve is happily in place in my 1990 Topps buyback set. 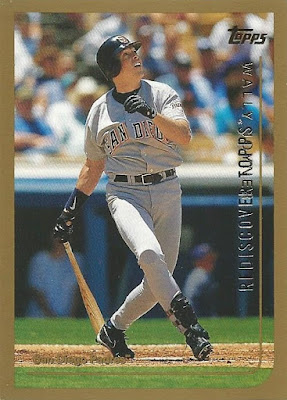 Hah, here's a name that collectors from the late '80s are very familiar with.  Wally's career was winding down by the late '90s.  He'd play one last season with the team he started with, the Angels, in 2001 to end it.  A nostalgic name to have in the franken-set binder indeed. 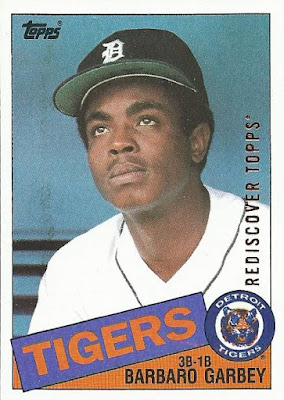 Part of the fun of the franken-set is getting to know some of the more obscure players in baseball history.  I've had more than one buyback come across my desk recently where I had no clue who the subject of the card was, and Barbaro Garbey here is the latest to join that group.  Garbey played a variety of positions during three different Major League seasons, but I have zero recollection of having so much as heard his name in the past.  Either way, as my first #243 buyback he's in! 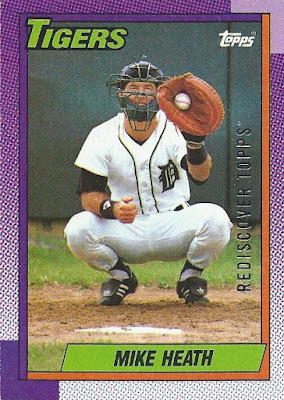 Kin's keeping the 1990 buybacks coming.  This card in particular is one I remember so clearly from ripping packs of this stuff as a kid.  A perfect addition to my buyback collection, and without a #366 buyback to compete with this one makes the franken-set for the time being. 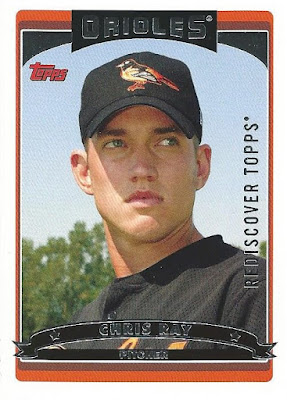 I vaguely recognize Chris Ray by name, but I would have guessed that he lasted just a season or two at the Major League level.  Turns out I'd be far off with that guess, as he pitched in 283 games as a reliever.  The best part about this buyback though? 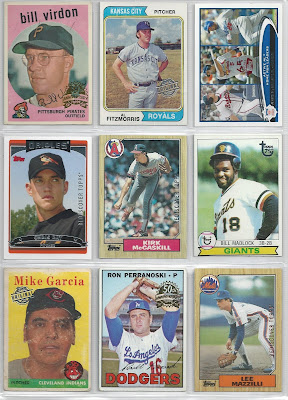 It completes yet another page!  It's so nice to reach the stage where the number of completed pages is starting to rise rapidly, the project feels like it's really starting to come together well over a year after I started it here. 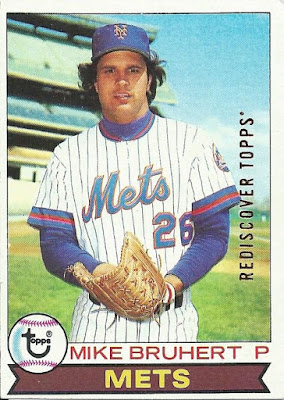 Next up, Gil Hodges' son-in-law!  I really don't know what else to write about Mr. Bruhert here.  His Major League experience consists of a single season (1978) where he made 22 underwhelming starts for the Mets.  Without any competition for slot 172 though Mike makes the franken-set. 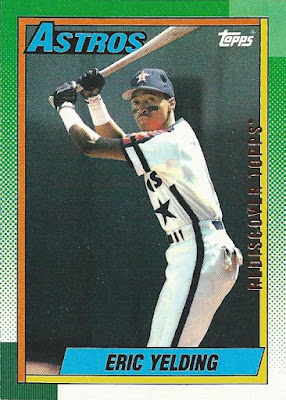 Alright, how about one last 1990 buyback?  Eric Yelding actually swiped 64 bags in 1990!  Seems impressive at first until you learn that he was also caught stealing a league-high 25 times.  Yikes. 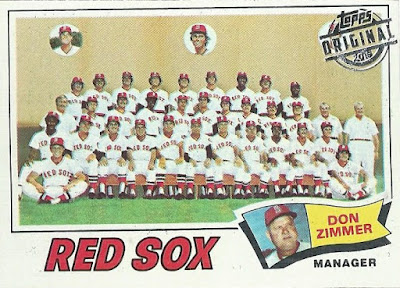 A tough draw for Eric as far as the franken-set goes, it's going to take a much better card than his to unseat Don Zimmer and the '77 Red Sox. 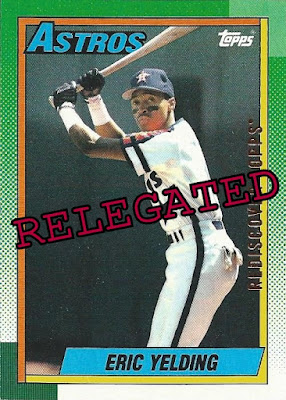 Like the other 1990s to lose out for the primary franken-set, this one has been relegated to the dedicated 1990 set. 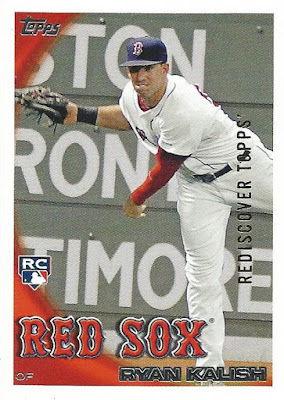 Here's the last of the batch that Kin sent along.  I'll certainly cherish this one, as Kalish was in my opinion an under-rated short-lived member of the Red Sox.  These days I believe he is property of the Cubs, though he didn't appear in a game this year at all. 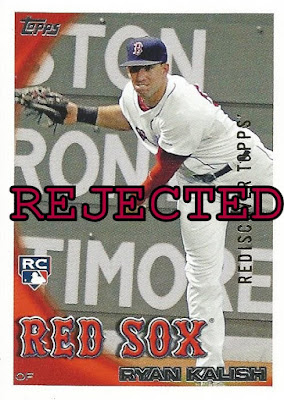 This card isn't eligible for the franken-set since it's an Update card, but I certainly appreciate Kin adding it to my Red Sox collection.

Thanks to Kin looking over my spreadsheet and sending primarily numbers I was missing, the overall project took a huge leap forward with this latest batch of buybacks.  I'm now just a couple away from crossing the 500-card threshold in the franken-set binder!  Maybe the next post will get me there?

Thank you for this awesome surprise lot of cards Kin, you really made my week with these!

That first page you showed..the one with the Greenwell All Star is so perfectly balanced that you need to 'lock it down'!

I love how the Trammel and Greenwell All Star cards balance out that first completed page!

Brett, I'm not considering the Bowman buybacks for the franken-set, only Topps cards. I do have one of them though, a Bogaerts RC that I bought because I couldn't resist: