Had a couple of hours today to dedicate to cleaning up and organizing in my card room/office. Feels good to start really getting things in order cataloging a good portion of my collection over on The Trading Card Database in the wake of the Zistle collapse.

Here are a bunch of cards I ran across during my cleanup efforts today that finally got added into my collection proper... 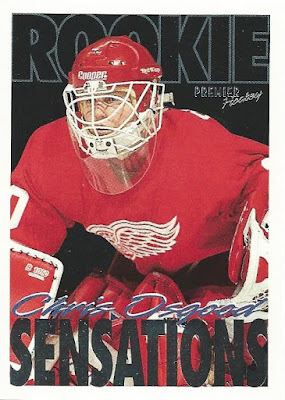 We'll start off with a pair of mid-'90s goalies cards.  The late '80s through the mid-'90s is still, and will likely always be, my favorite era for hockey cards.  I'm sure anyone who was a fan of the game during this time period remembers Chris Osgood's non-standard Cooper helmet. 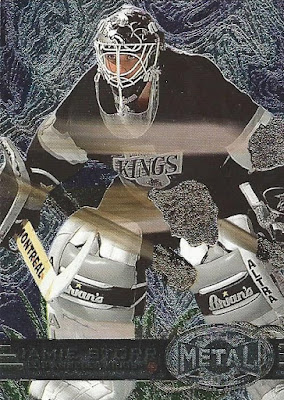 And of course, there is perhaps no set that better exemplifies the over-the-top gaudiness of the '90s than Metal Universe!  I believe both of these cards... 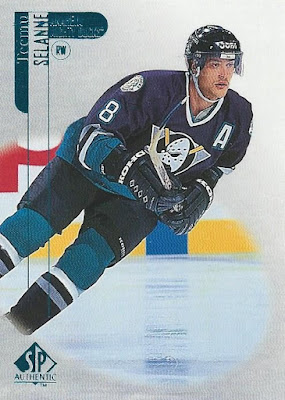 ...as well as this Mighty Ducks Teemu Selanne came out of a grab bag from a hobby shop in my area a long time ago. 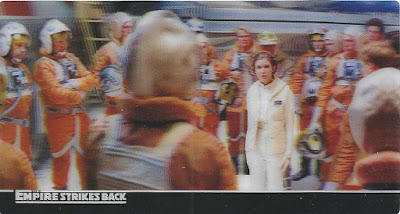 I found just a single one of these Empire Strikes Back 3-D "widevision" cards produced by Topps in 2010.  This thing is beyond cool in hand.  I absolutely have to search out some more of these, just awesome. 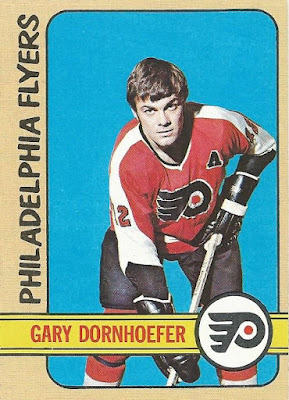 I picked this '72-73 Gary Dornhoefer from the dollar box at my LCS probably a year ago, and it's sat in a stack ever since.  The reason I was happy to shell out a dollar for this one is that it's absolutely mint, I mean practically flawless.

Gary was a solid player for the Flyers, and '72-73 was his best individual season.  He posted career highs in goals (30), assists (49), and points (obviously this follows logically) that year.  Like most of the Broad Street Bullies era Flyers, he wasn't afraid to mix it up either and could be counted on for at least 100 penalty minutes just about every year.  Of course, Gary's greatest success as a player would come when Philadelphia won back-to-back Stanley Cups just a couple of years after this set was issued. 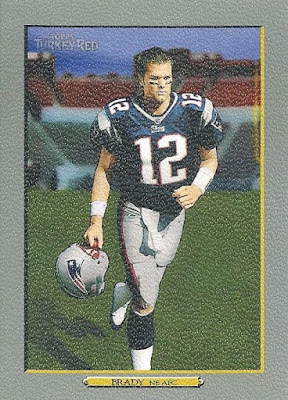 I don't collect football cards, but I do love Turkey Red cards, so I had to grab this Tom Brady from a 50 cents box at a show well over a year ago now.  I do enjoy NFL football, and have been a Pats fan for a good 20+ years now, so this was a nice random addition to my collection for just a couple of quarters. 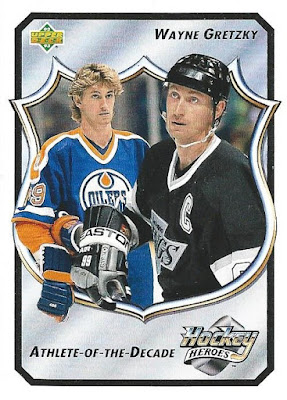 Here's a dollar box card from the LCS.  Getting close to completing this Gretzky Hockey Heroes insert set now at long last! 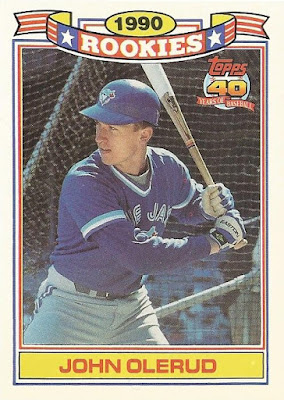 Here are two 1991 Topps Glossy Rookie inserts that I kept from a repack.  Probably the two names I'd want most from the checklist in John Olerud... 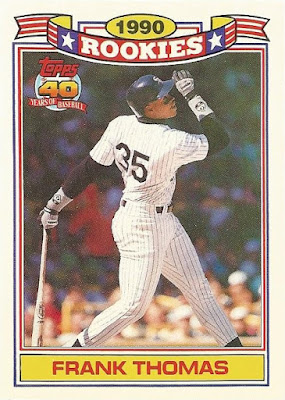 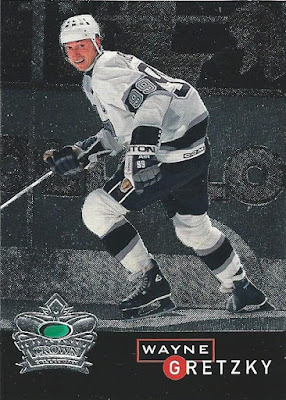 How about another Gretzky?  Not surprisingly, Wayne has a healthy lead at this point for most cards of any player in my hockey collection on the Trading Card Database.  106 cards and counting, the next closest at this point is Ray Bourque with just 31... 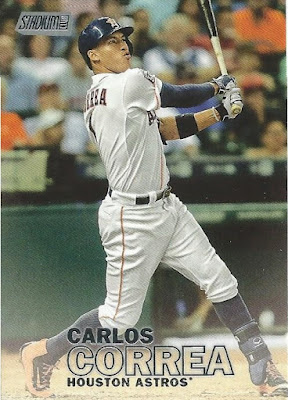 How about a couple of cards of players in the news?  Carlos Correa was the hero today against the Yankees in Game 2 of the ALCS, smashing a solo home run earlier in the game, then batting in Jose Altuve in the bottom of the 9th for a walk-off win!  Pulled this one in a rack pack of 2016 Stadium Club that I got as a gift and finally processed today. 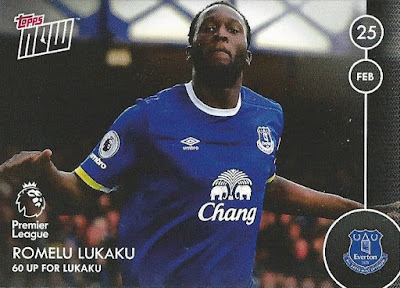 Also in the news, on the soccer side of things, is striker Romelu Lukaku.  Lukaku is with Manchester United this year, and has been the talk of the Premier League in the first couple of months notching 7 goals in the club's first 7 Premier League games.  His pace was finally broken today by Liverpool in a 0-0 draw.

I picked this one up recently just because I've wanted a Topps Now Premier League card of any sort for my collection for some time.  I only had to fork over a couple bucks with free shipping to land this one, which seemed like a good deal for one of the better offensive players in the league over the past few seasons. 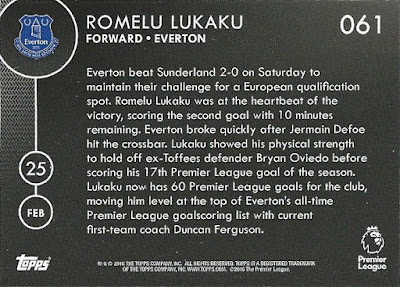 I learned after purchasing it that there were only 80 of these printed up, not bad. 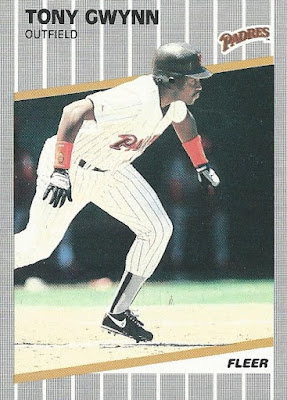 Also from a repack, I found a trio of 1989 Fleer cards that I decided to hang onto. 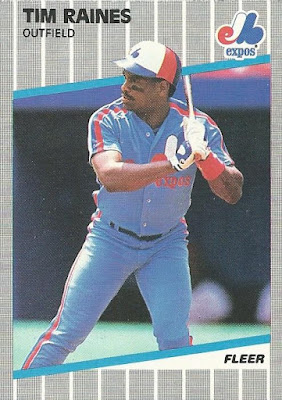 I've never listed this among my favorite sets of the '80s by any stretch, but I like to have a couple of examples from each set in my collection at least and I could do much worse than these HOFers. 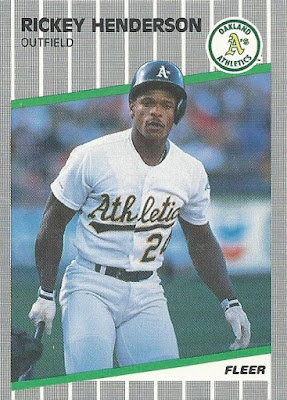 This one's my favorite of the trio, from the Update set. 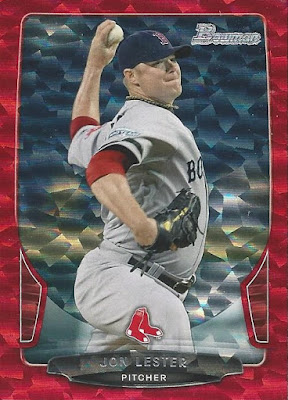 Here's a relatively rare one.  These Red Ice parallels from 2013 Bowman are limited to just 25 copies each.  If memory serves this was an eBay win for the 99 cents opening bid. 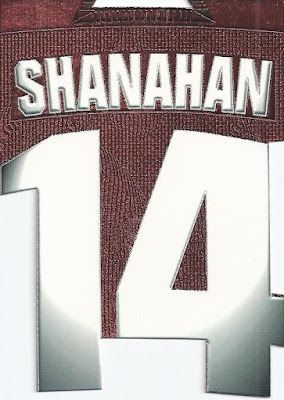 Pacific created some odd cards in the '90s for sure, and these "Big Numbers" die-cuts have to be among the strangest.  I received this Brendan Shanahan... 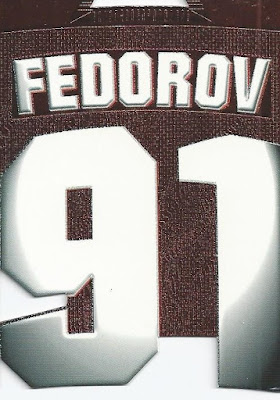 ...and this Sergei Fedorov in trade a good while ago.  The cards are meant to look like the back of the player's sweater, and are die-cut around the numbers along the bottom as well as along the top where the neck hole would be.  Strange, but I'll gladly take a new Fedorov card regardless of what it looks like. 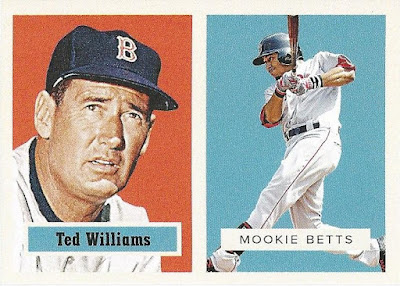 Here's yet another Topps Throwback Thursday card from last season.  I really went all in on Red Sox cards for both Topps Now and Topps Throwback Thursday last year.  As far as the TBT cards go, this one might actually be my overall favorite.  Really like the vintage look and feel, and the pairing of one of the franchise's all-time greats with the man who's probably the best overall hitter on the current roster. 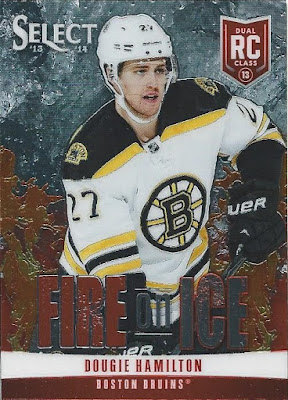 Dougie Hamilton is now playing defense up in Calgary, a teammate of the great Jaromir Jagr this season! 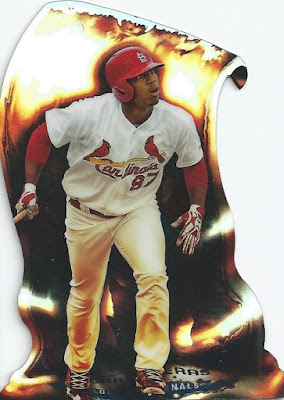 I'm already up over 20 cards here, so I'll stop for today to prevent this from turning into too long a post.  This last one is a "Fire Die-Cut" from 2014 Bowman Chrome.  I thought these were such a cool concept.  It's basically a die-cut parallel that is made to look as though the player's regular Bowman Chrome card is melting behind them.  Oh, and they're refractors too, so they're nice and shiny.

Today was a good reminder that I need to spend a lot less time shopping for new cards, and a lot more time organizing, enjoying, and showing off what I already have!  Thanks for stopping by as always...
Posted by shoeboxlegends at 9:03 PM

Lots of variety here. ESB is my favorite SW movie. If I was still in my hoarding phase, I'd go out and try to find a set of these cards. Also love the 1991 Topps Glossy Rookie card of Frank Thomas. Always enjoyed the look of those and the Topps all-star inserts.

That makes two of us getting involved on TCDB. Should make it easier for us to trade! Also, when I sent the buybacks, was there a Whalers card in there?