I've got a lone card to evaluate for the Buyback Franken-set project today, but it's a good one.  Behold! 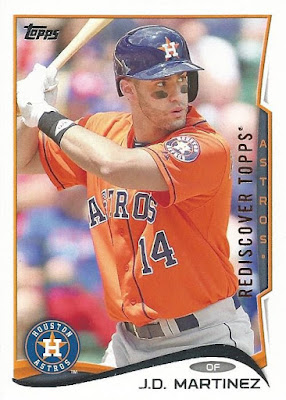 Love this buyback!  I paid $1.99 for it just about a month ago now.  Was more than happy to pay that at the time, and I'm even more pleased with it now given how JD and the Red Sox have been performing this post-season.  Since there weren't any cards featuring Martinez with the Red Sox until this year, and Topps stopped doing buybacks after last year other than the Heritage box-toppers, I'll likely never have a chance to acquire a Martinez-with-the-Sox buyback for the project.

This is about the best I can hope for in the meantime, but will it make the franken-set? 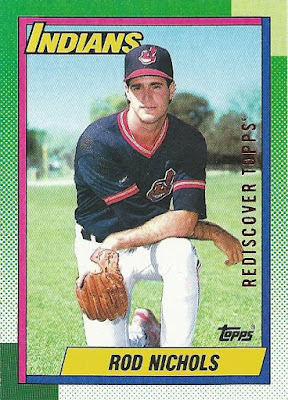 1990 Topps Rod Nichols might have something to say about that. 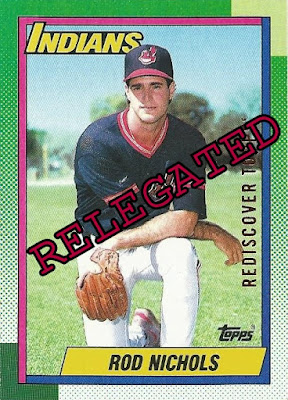 Wait, no, no, he most certainly does not.  One of the best pure hitters in baseball over the past couple of seasons plus demolishes Rod Nichols and enters the binder.  Nichols is off to join his fellow 1990 Topps buybacks in that separate binder.

Rod Nichols had no chance! But at least you can get some use out of both cards.