Contest Winnings from Chris, The Collector!

It's been a busy week, but I've been on a relatively good roll with blog posts here so let's keep it rolling with a quick thank you post tonight.  One of my favorite blog series of 2018 was done by Chris at The Collector, who profiled some of the great cards in his collection by city in a series he dubbed Sports Card Tour.

Chris turned that series of posts into a contest in the form of a prize draft.  When the prize I was hoping for (a big lot of Red Sox cards) came off the board before my pick, I decided to settle on a "mystery box" instead.  Mystery box was an apt title, as it was amazing to see just how much stuff Chris managed to jam into a small flat-rate priority mailing box! 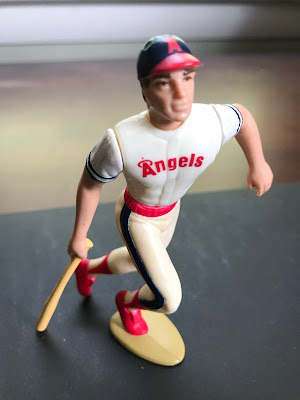 For starters, there was more than just cardboard to be found, as this Wally Joyner Starting Lineup can attest to.  I'm of an age where I can remember Joyner (and in turn his cards) being a pretty big deal for a brief while in the late '80s, so I definitely got a kick out of this one. 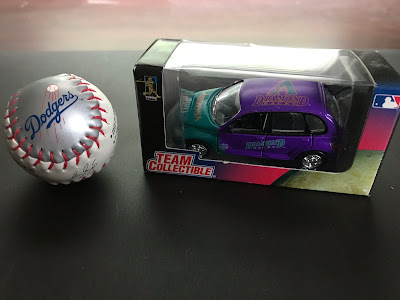 There were actually quite a few little gadget/toy throw-ins in the box aside from the Joyner.  My wife's a school teacher, so I'll give her this mini Dodgers ball for her bin of giveaway/prize items.  The Arizona Diamondbacks car is great, as I give my little nephew a matchbox car most times I see him.  I really hope this isn't some valuable collector's item as it's probably destined to be banged up pretty well by a 2-year-old! 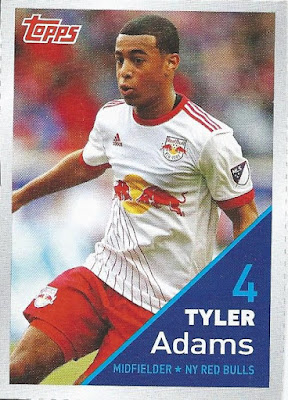 Chris knows I like soccer cards, and he included quite a few in the mystery box.  I'm not sure if this was coincidence, or if he built the mystery box after he knew I'd selected it, but either way I'll take them. 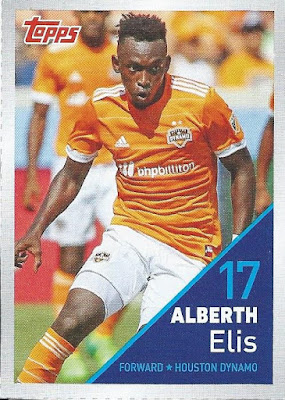 I remember seeing these cereal box MLS cards on a few blogs earlier this year and thinking it was great that someone was doing sports trading cards on cereal box backs again. 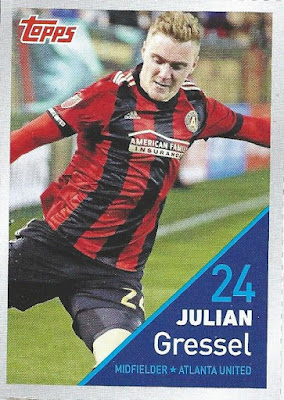 Well, now I have a few of my own thanks to Chris! 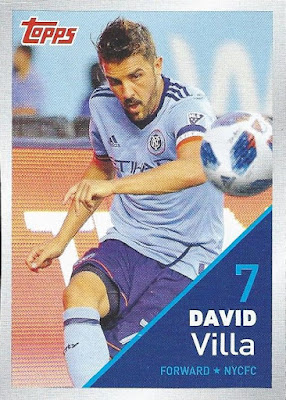 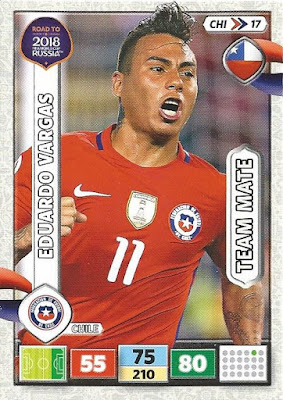 This box also provided my first look at these 2017 Panini Adrenalyn Road to the 2018 World Cup cards.  Seems obvious that these are meant to be used to play a strategy game of some sort.  Eduardo Vargas here plays for Chile, a country I don't have much of a connection to.  I've never been, but I did have pizza with a guy I met from Chile during an off-site training course for work last month, so there's that. 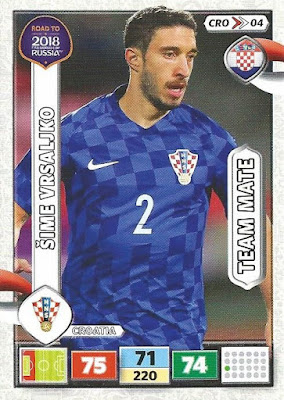 Croatia!  The Cinderella team that came oh so close to winning it all at the 2018 tournament. 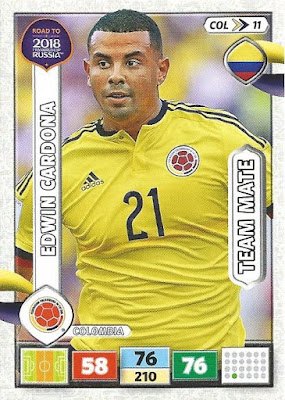 Lastly, Edwin Cardona of Colombia.  The design is a little busy for my liking, although I get that it's by necessity with these being game cards.  I wouldn't try collecting the set of these, but I do like having a couple of sample cards to represent the set in my ever-growing soccer collection. 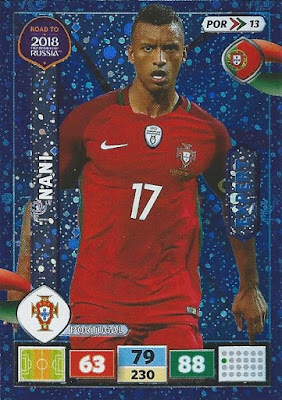 Chris threw in one parallel as well.  This one's a winner in my book as I like all things shiny when it comes to cardboard.  It also features a player from Portugal, a country I visited just last summer with my wife and enjoyed immensely.  What an awesome card to pull from a mystery box! 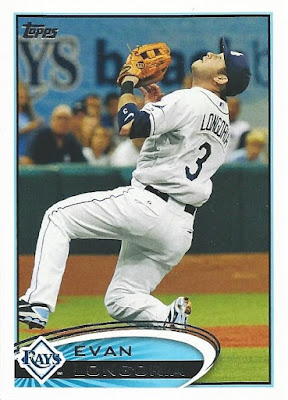 While there's no way I can attempt to show them all without delaying this post more than I already have, Chris did include a nice smattering of both baseball and hockey cards in the box.  Some of them will find a place in my collection, others have been set aside to ship to other collectors, still others have already gone to other collectors in the mail! 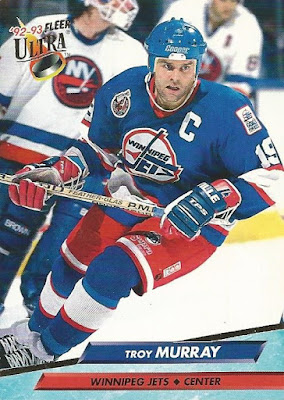 All in all it was a great surprise box, and it was an enjoyable experience parsing through all the randomness.  Not pictured in tonight's post are various pocket schedules, a Sam Adams beer coaster, and a graded 1980s hockey card among other items! 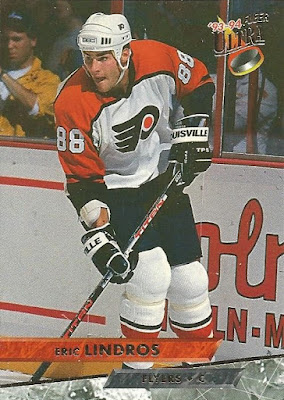 Card-wise, I think my favorite one from this box would have to be this fantastic Ultra Eric Lindros.  I've got fond memories of big #88 for the Flyers, and I'm amazed I didn't already have a copy of this one.  I'm not kidding when I say that it was worth entering the contest if for no other reason than this one card alone! 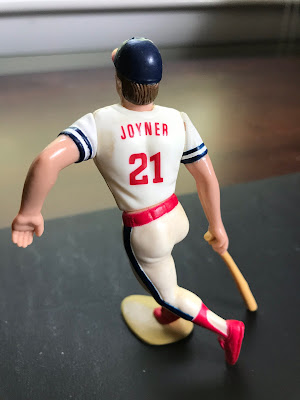 Chris, thanks for the wonderful surprise package, and more importantly for the awesome Sports Card Tour series you wrote this summer.  I know firsthand what a tremendous amount of work it can be to commit to a long-running series of posts like that.  I can only imagine the amount of sorting and scanning and writing that went into that endeavor, and it was truly enjoyable, so thanks!

Maybe tomorrow I'll set Wally up in the laundry chute for some target practice Home Alone style with my Red Ryder BB Gun (yes, I actually have one of those)...
Posted by shoeboxlegends at 9:32 PM

Sorry I missed this post-but I'm happy that you enjoyed the mystery box! The baseball/hockey items were prepared before the contest began..but once you claimed it I added the soccer cards. Figured you'd appreciate them more than me; I've only heard of one of those guys (David Villa)

I'm considering another big blog project (plus uploading my collection to TCDB) so I will be back to posting soon. It's just been a very busy Fall so far.