Buyback Franken-set: A Trio of '66s

A quick set of triplets from 1966 Topps for the Buyback Franken-set tonight.  Don't have time for anything more involved than this, too busy watching the Red Sox/Astros... 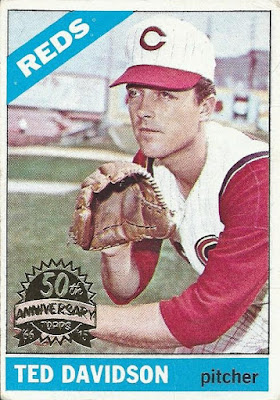 Kicking off the festivities, Reds pitcher Ted Davidson.  Davidson pitched in a career-high 54 games for Cincinnati in 1966.  You have to respect a guy who appears in a full 1/3 of his team's games in a given season. 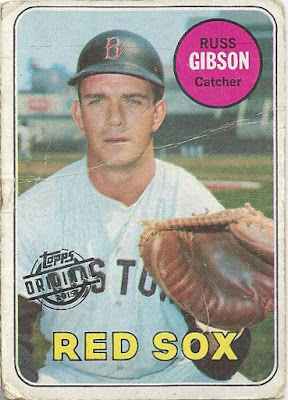 If Ted wants into the binder in slot 89 he'll have to best this beat-up '69 Russ Gibson buyback.  This baby's got it all; yellowing, dinged corners, a big ol' crease.  Love the character. 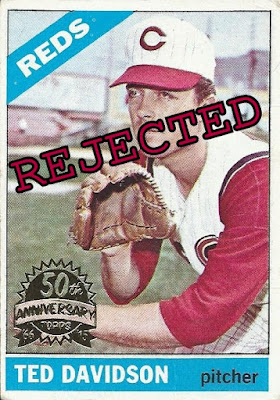 Stickin' with the Gibson. 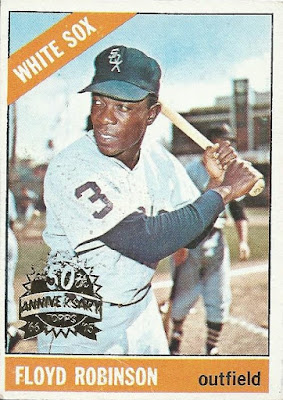 1966 was the beginning of the end for Floyd Robinson.  In his first five full seasons between 1961 and 1965 he batted .293, hit between 11 and 14 home runs per season, and hit at least 15 doubles and drove in at least 59 runs each year.  He received at least one vote for Rookie of the Year or MVP in every one of those seasons.  An impressive start to a career for sure.

His final three seasons beginning in 1966, though?  He averaged .234, hit just 7 total home runs, and if you add up all the doubles and runs driven in they're about equal with any one of his first five seasons of your choice.  Yup, it was a sharp drop-off for Robinson. 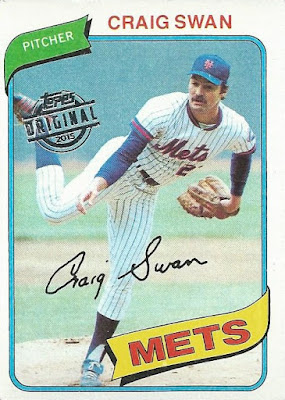 This '80 Topps Craig Swan buyback has been resident in slot 8 for a good while now.  I don't run across very many 1980 Topps buybacks, and I love how it looks like Craig is performing some bizarre soccer kick move with the buyback stamp. 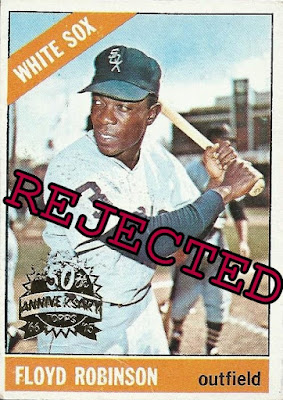 Swan retains his hold on slot 8. 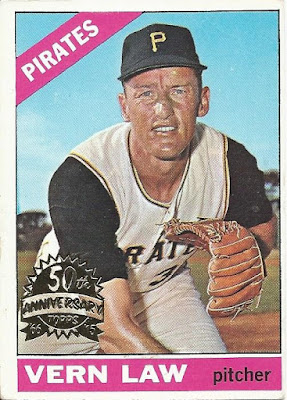 This is my first #15 buyback, so into the binder it goes!  Go Red Sox!