It's been one of those weeks again.  So, into the drafts folder I go with the second part of a large stash of 2018 Panini Prizm World Cup packs that I picked up a good while back. 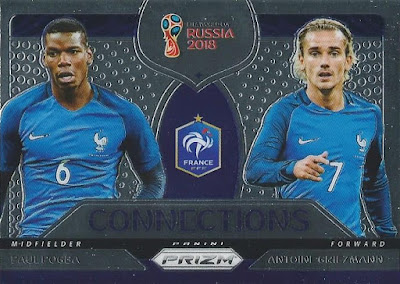 I'm just going to show a small sampling here of what I pulled in packs 25 through 48, like this Connections insert featuring tournament champions France.  Not my favorite insert set, but I can't complain about this particular card I suppose. 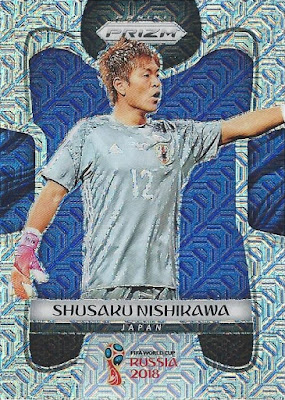 Mojo prizm!  Aside from the various "Wave" cards, these are my favorite parallels. 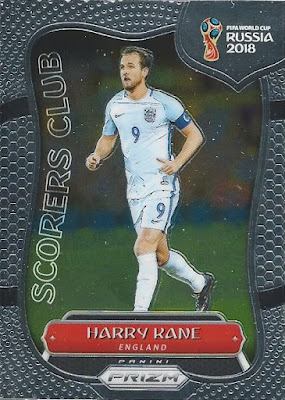 Here's a look at the Scorer's Club insert.  Harry Kane is certainly an appropriate subject for this one. 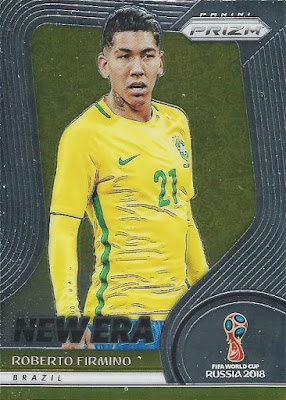 A nice New Era card here of Liverpool's Roberto Firmino.  It's been a great start to the 2018-19 Premier League season for Roberto and the Reds. 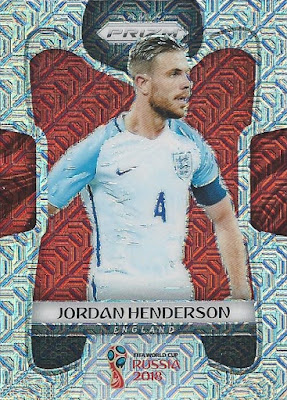 Another Mojo Prizm parallel, one of the better ones I've pulled so far being a Liverpool fan. 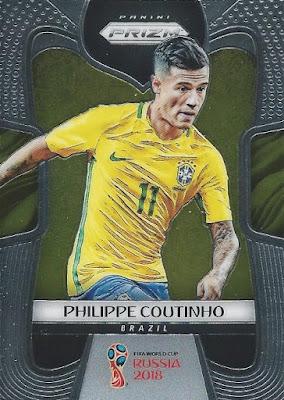 I try to mix in at least a couple of base cards in each of these posts, and I decided to go with Philippe Coutinho since he's one of the most exciting mid-fielders in the game right now in my humble opinion.  He's also a player I sort of collect, though there aren't a ton of soccer releases each year so options are somewhat limited. 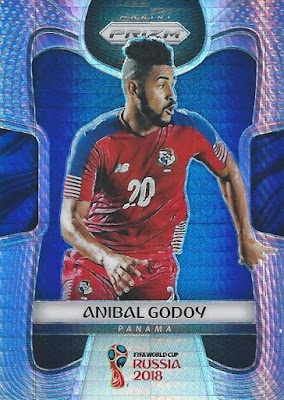 Here's a look at a Hyper Prizm parallel.  This is a rare case where I think the cards actually look better in a scan than they do in hand. 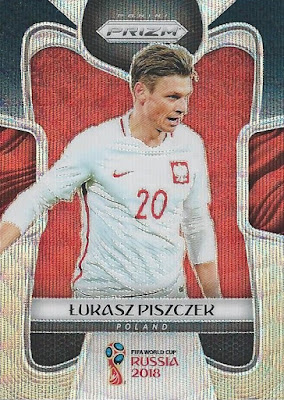 I didn't pull any "Wave" parallels in the first lot of packs that I posted back in August, but this time I was fortunate enough to land a Black and Gold Wave card of Lukasz Piszczek from the Polish national team.  A solid addition to the parallel franken-set I hope to build from this release someday. 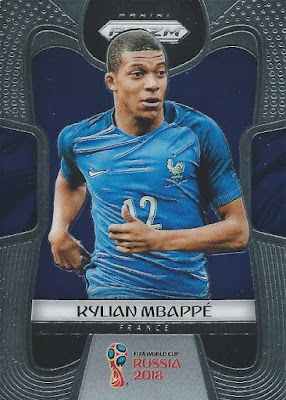 By far the best card I pulled this go-round was the base card of French superstar teenager Kylian Mbappe.  Kylian has been continuing his strong play post-World Cup, and he continues to be one of the hottest names in the hobby as far as soccer goes.  Even this "lowly" base card is still selling for about $5 many months after the tournament has ended.  Very glad to have pulled this one for my set; this is my fifth different Mbappe card overall now. 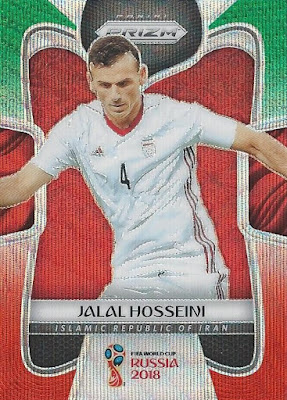 We'll close out tonight's post with another Wave parallel, this one of the Green and Orange Wave variety.  I admit I'm not familiar with Jalal Hosseini, but like the other Wave parallel above this one will look nice in the franken-set binder when I get around to that project (might not be until the next World Cup at the pace things are moving at around here lately!).

That's all for tonight, thanks for stopping by and I promise to be back very soon with something other than soccer cards.  Might not be tomorrow though as I'll be taking in the Patriots/Colts game at Gillette Stadium after work!
Posted by shoeboxlegends at 8:46 PM