A New Ron Francis, and Other Miscellany 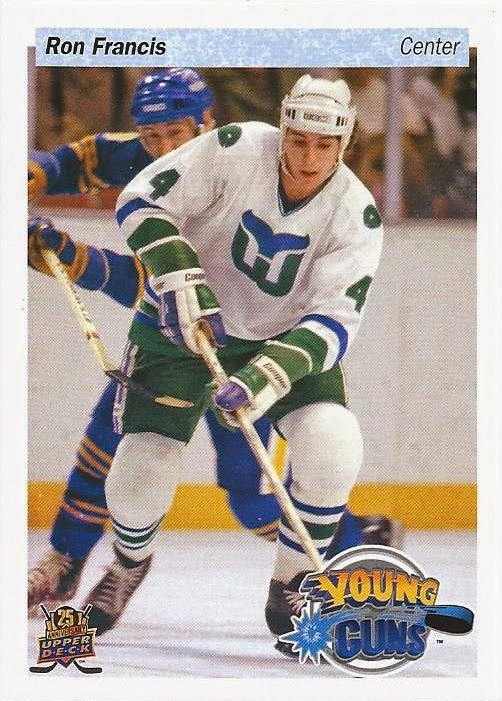 Today's post is a completely random assortment of cards that I was either looking to clean off my card desk, clean out of my scan folder, or both.  For starters, how's that for a cool Whalers card?  When I found out that Upper Deck was randomly inserting 25th Anniversary Young Guns into this year's National Hockey Card Day promo packs, I was excited.  When I then found that Ron Francis was included in the set I knew I needed to track one down.  While I do wish Upper Deck would acknowledge that players other than Ron Francis donned a Whalers sweater, I'll take what I can get. 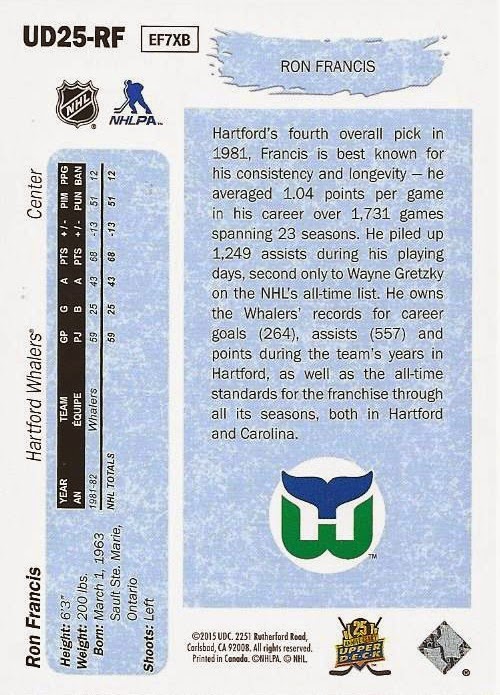 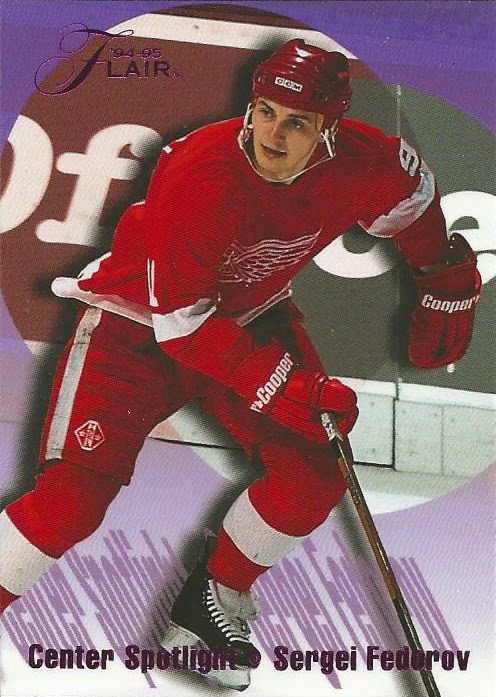 Snagged this Fedorov Flair insert off of COMC back in August for a mere $.40.  I'm not a big player collector but a Fedorov insert from the mid-'90s is my kind of hockey card. 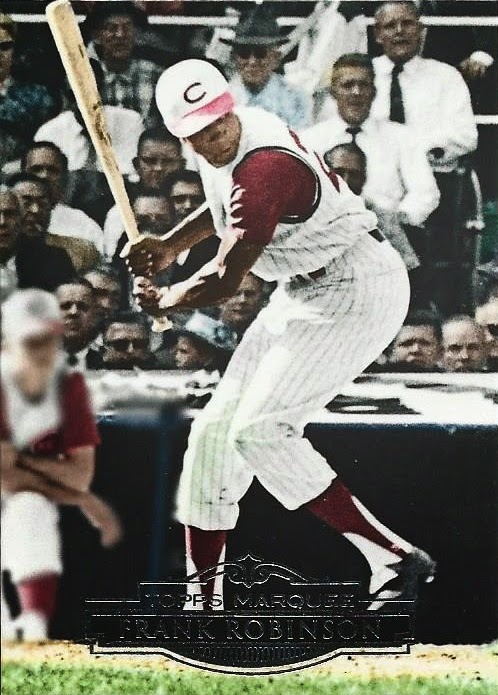 I've talked a few times about my recently developed love for 2011 Topps Marquee.  These cards are absolutely stunning, and Frank Robinson's is no exception.  I wish I would have been around in the days when folks wore shirts and ties to a ballgame.  Was more than happy to shell out $.59 for this one on COMC... 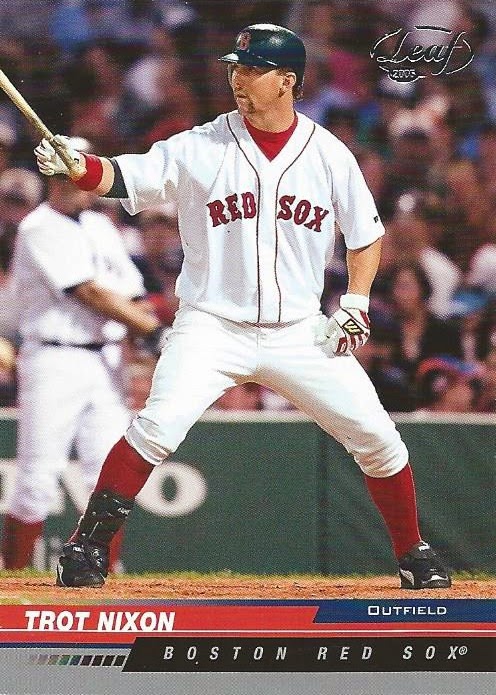 Here's one plucked from a dime box at the last show I was able to attend, which sadly was in October.  I miss the days when there was a local show just about every weekend. 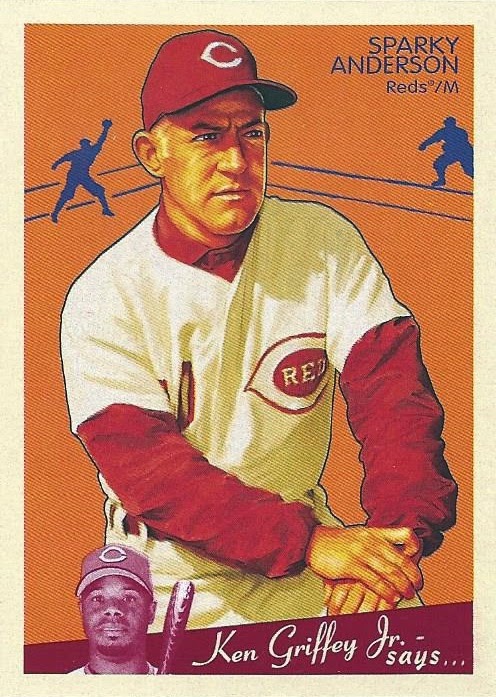 From the same dime box, a nice Goudey Sparky Anderson... 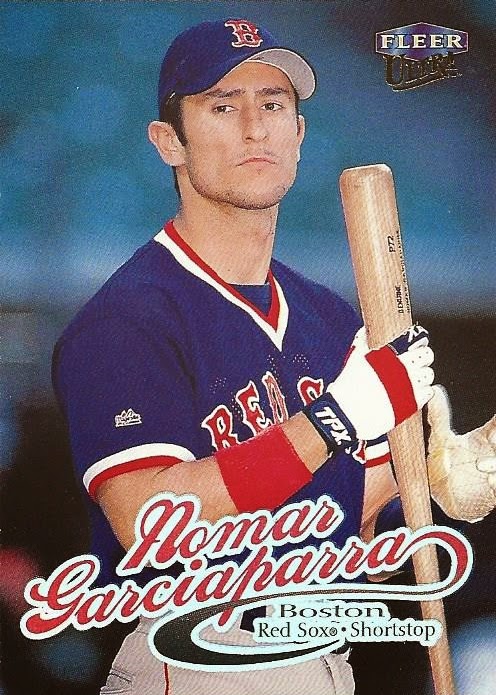 ...and a 1999 Ultra Garciaparra.  I think I landed one of these in the recent group trade held by Brian of Highly Subjective and Completely Arbitrary.  No worries though, as I have plenty of other Red Sox collectors that I can send my double off to. 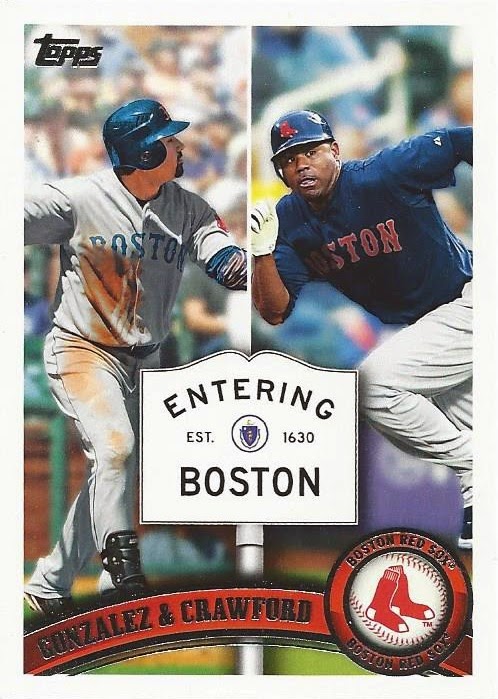 This is an interesting one.  I picked up a 2011 Topps Red Sox team set a while ago for a total bargain on Amazon.  It had 17 cards in total, which is what I've come to expect from the team sets over the years.  It was such a good deal that I picked up a second one so I could send the cards off to my buddy Mark Hoyle.  When that one arrived I found it had a card 18 that most of them don't!  An interesting addition to my Sox collection that I'd never seen before.  I still can't believe the Dodgers went along with that trade... 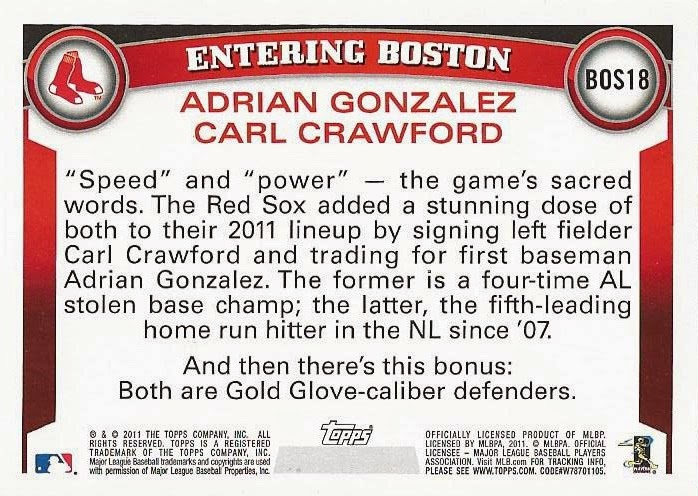 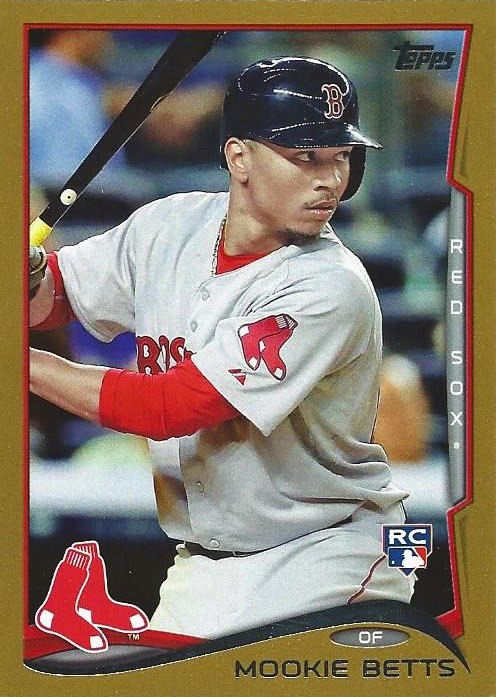 Mookie!  Looking forward to watching this guy swing the bat in 2015.  Happy to have one of the 2,014 copies of his Gold rookie in existence.  I've got a couple of really cool Betts cards to feature in the near future. 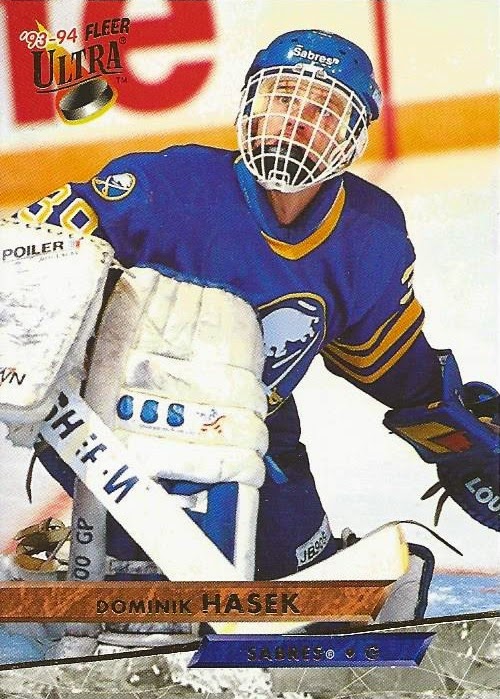 I don't remember where this came from, I think it was one of the 70-cards-for-a-dollar grab bags from one of the card shops in my area.  I've got a real soft spot for the first two Fleer Ultra hockey sets, and Hasek (who was recently inducted) was one of the most dominating goaltenders I've ever seen in action in my lifetime. 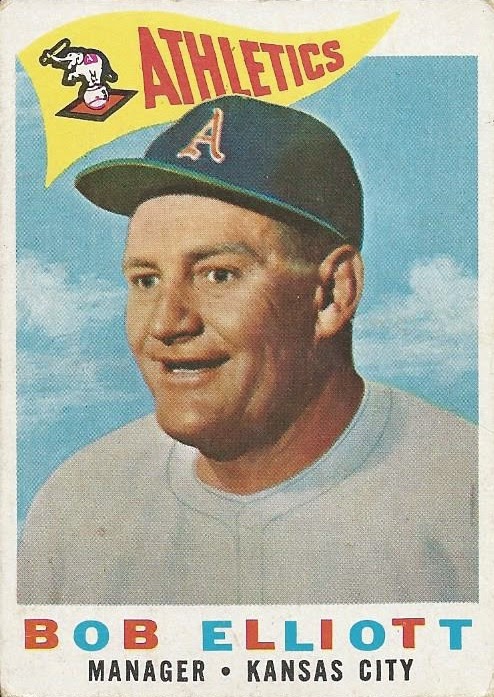 So many things to like about this card.  Blue sky, super awkward facial expression, and of course the Athletics elephant.  But the best thing about the '60 Topps manager cards are the backs: 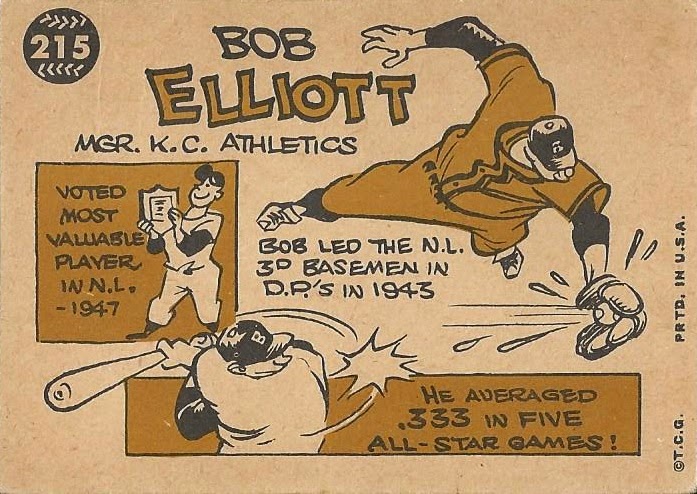 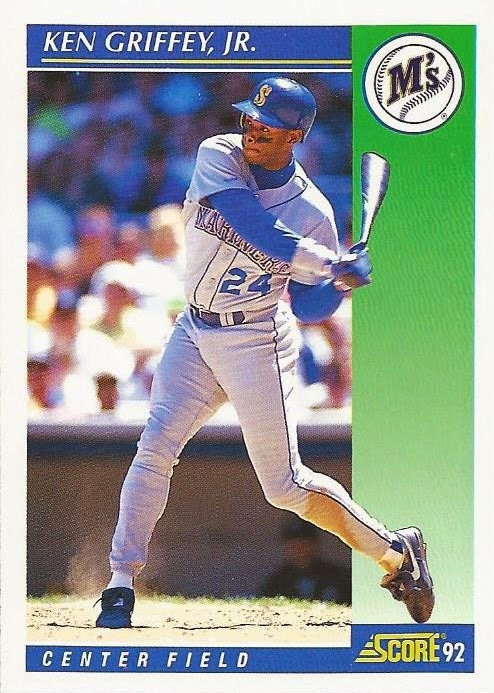 Junk wax cards just seem a little better when they feature Ken Griffey Jr.  This was a dime box pick-up. 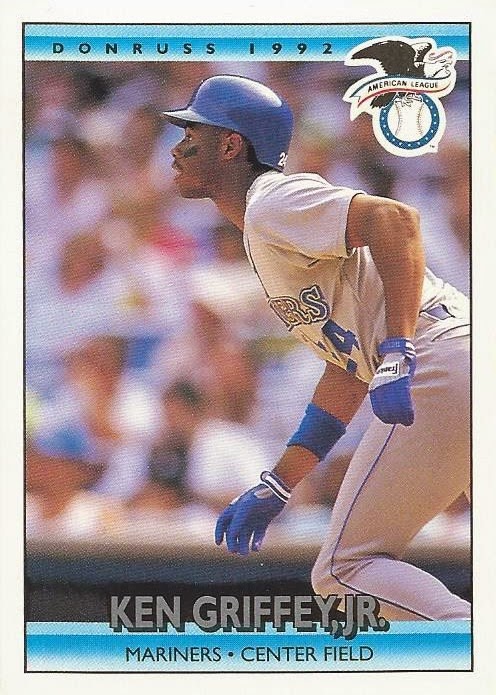 As was this one. 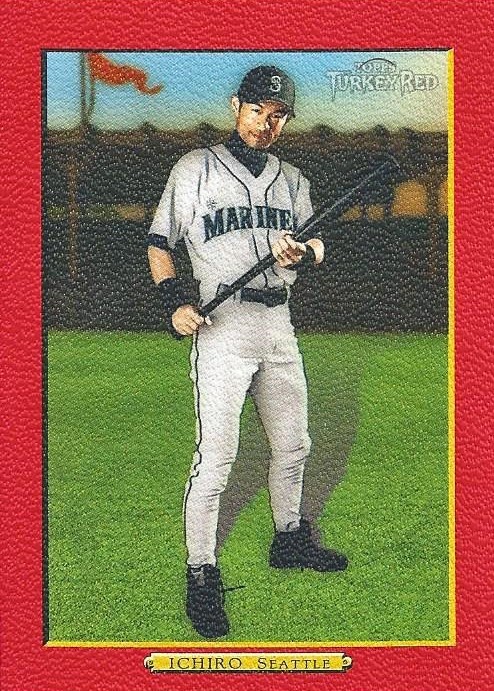 This one's been kicking around forever.  I don't really trade with any Mariners collectors, and the more I stared at it the more I decided I might like to keep it.  I sort of miss Turkey Red. 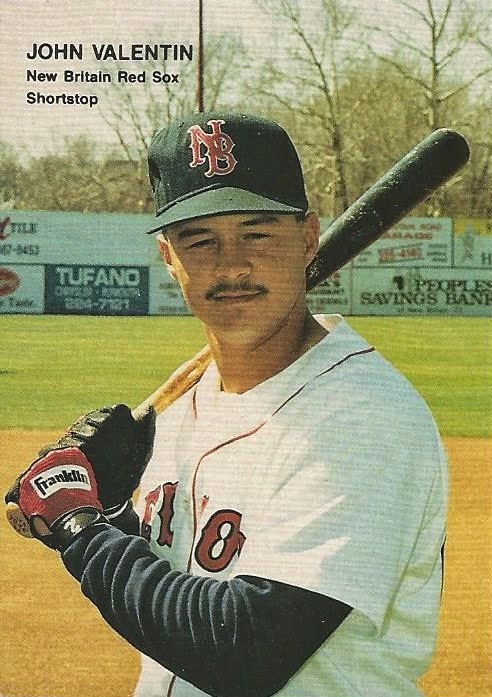 I enjoy obscure minor league cards, like this one that features John Valentin with the now-defunct New Britain Red Sox.  This one is especially cool because having grown up in Connecticut I recognize one or two of the ads on the outfield wall. 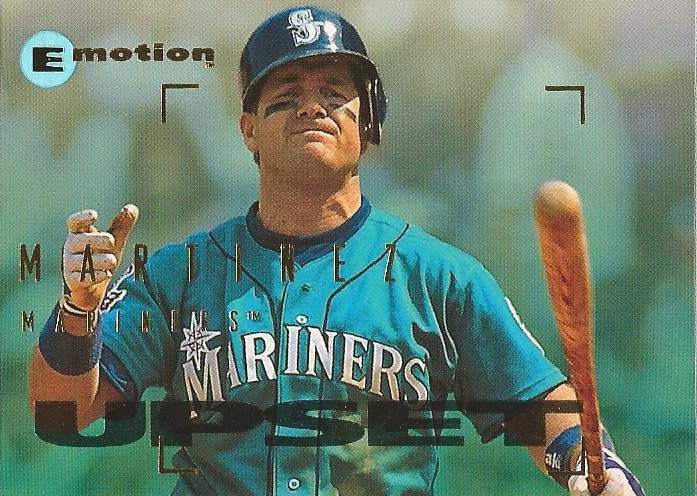 The 1995 Emotion sets are a collecting guilty pleasure of mine (both the baseball and hockey releases).  I've nearly completed the hockey set, but Edgar Martinez here is just my second from the baseball version. 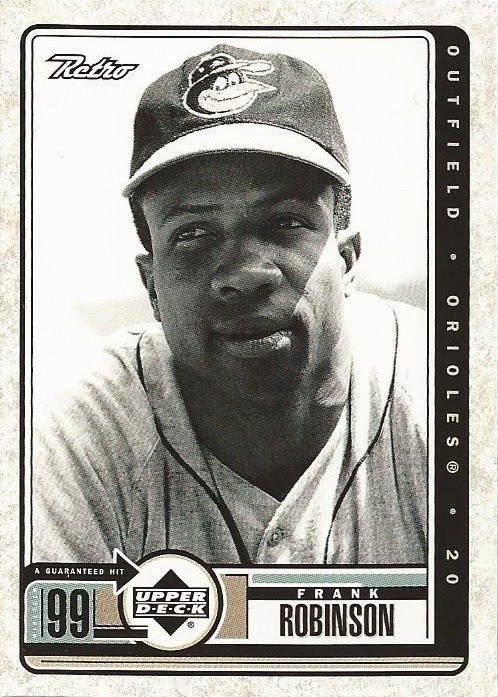 Back to the dime box from that card show back in October.  This Frank Robinson is from 1999 Upper Deck Retro, a set I never even knew existed. 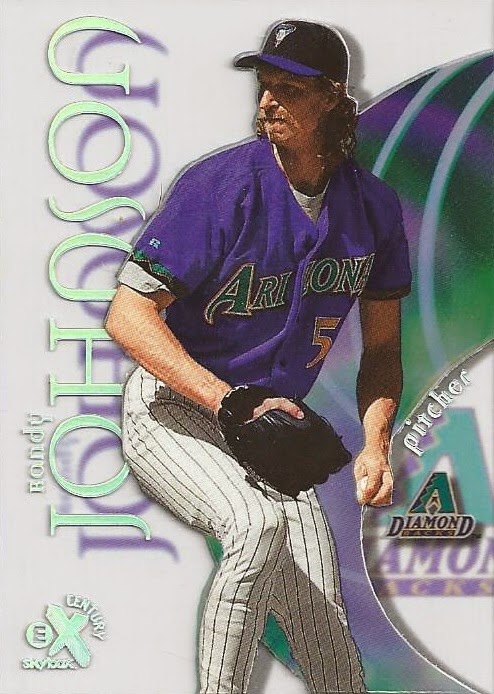 Randy Johnson is one of those players I'll almost always grab cards of from a dime box.  On top of that I really dig anything acetate, so this was a win-win. 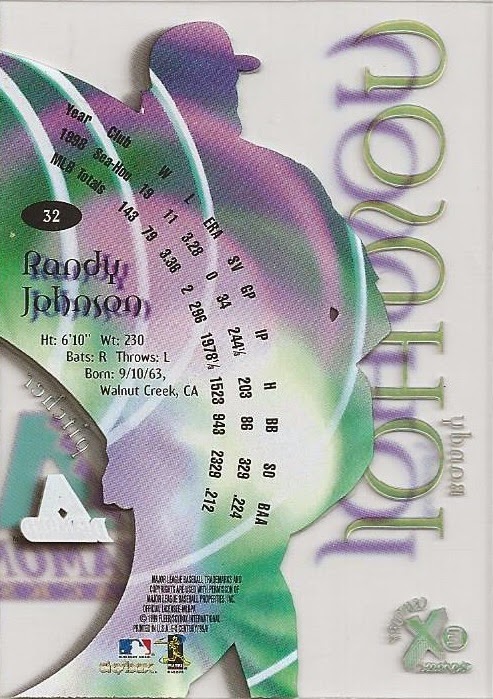 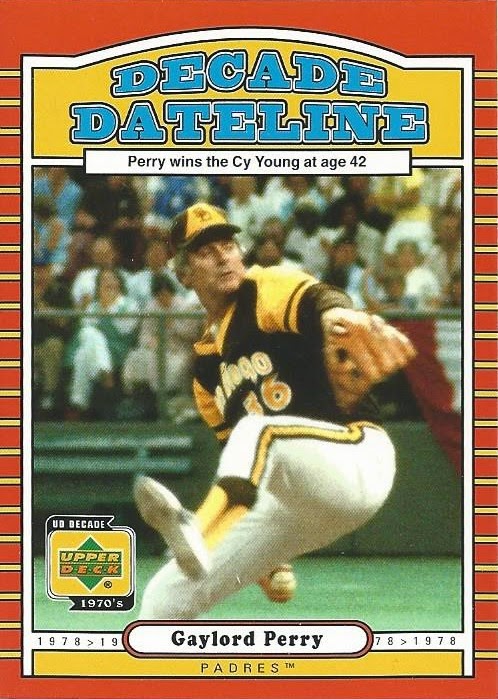 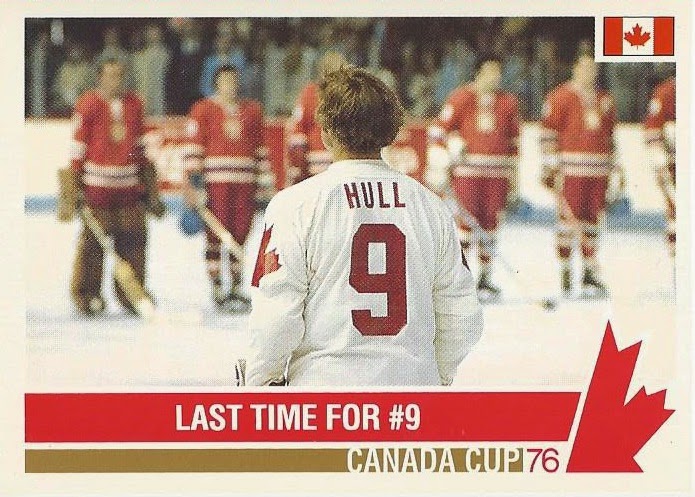 I had never seen this one before, but love the image of Bobby Hull standing across from the opposition during the National Anthems.  I would say this is one of the coolest horizontal hockey cards I've come across in a while. 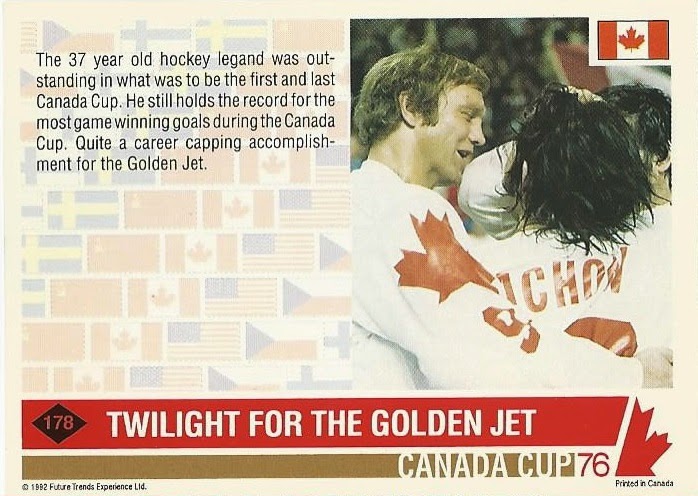 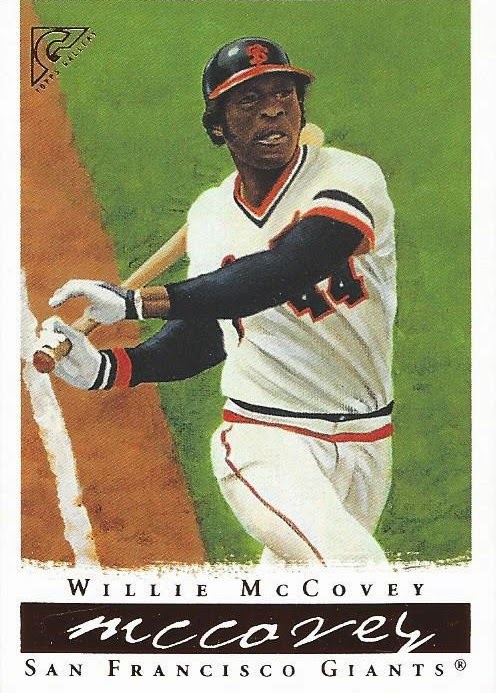 Not really sure why I grabbed this one.  I would not consider this one of the stronger paintings that I've seen on a Topps Gallery card.  I'll probably trade this off to someone who collects the Giants someday. 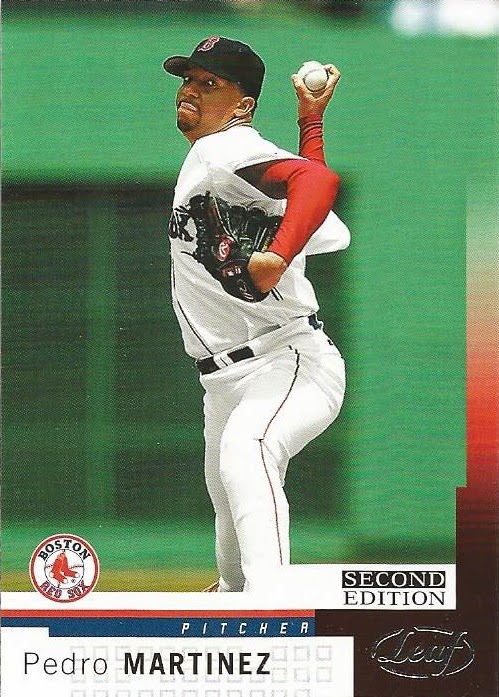 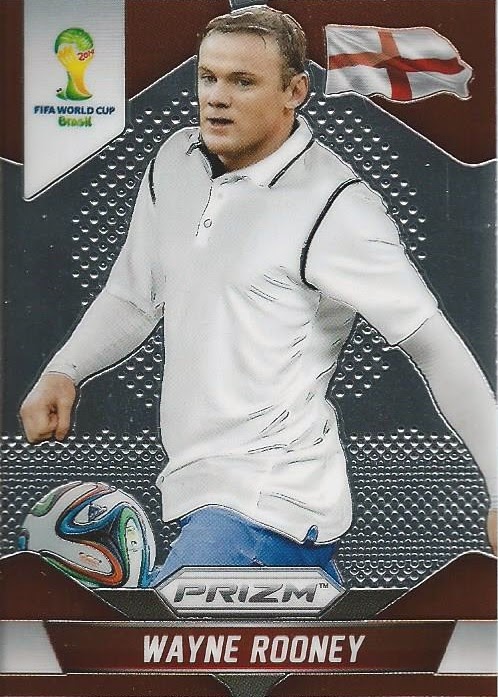 Back to COMC now.  I've really gotten into Premier League soccer these past 3 years or so, so I've grabbed up quite a few of the league's stars from the 2014 Panini Prizm World Cup set in recent months. 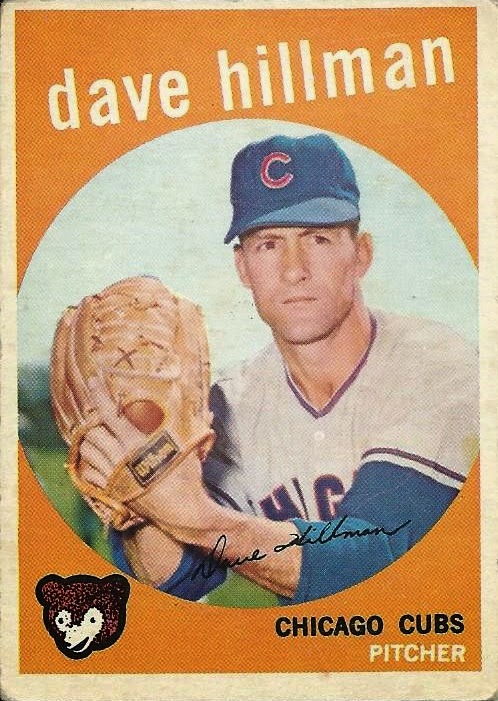 Closing things out, a trio of '59 Topps that I picked up for my poor condition set that I'm very slowly building.  These three set me back just $.50 each, which I thought was more than reasonable based on the condition... 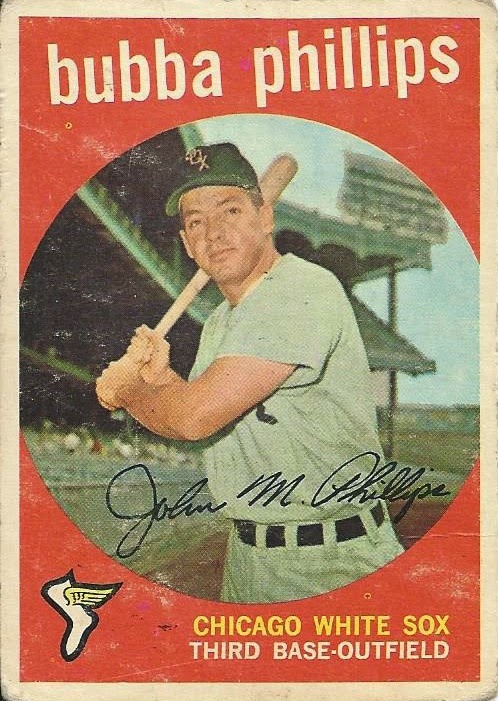 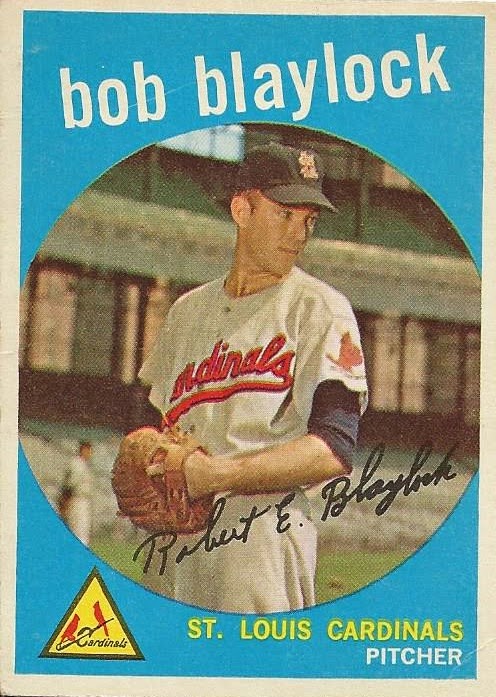 Alright, that's all for today.  I'll be back with something much more structured and organized (hopefully) tomorrow...
Posted by shoeboxlegends at 4:41 PM

Love the Bob Elliot Elliott card. It makes me smile. I can't look at the Hull card (which is nice) without thinking about the toupee.

Love that Mookie and the Rooney is great too!