Signature Sundays - A Steal on a Subban!

I'm not a sports fan who despises players on rival teams.  So, while I'm a die-hard Red Sox fan, I don't hate the Yankees.  I root against them, particularly when they are facing Boston, but I have a ton of respect for the success of their franchise and for all the amazing players who have called the Bronx home over the decades.  Same thing with hockey.  I root for the Bruins, but how can any true hockey fan not respect what the Canadiens have done in the last century?

This line of thinking, plus a deal that was just too good to pass up, led to today's Signature Sundays subject, PK Subban: 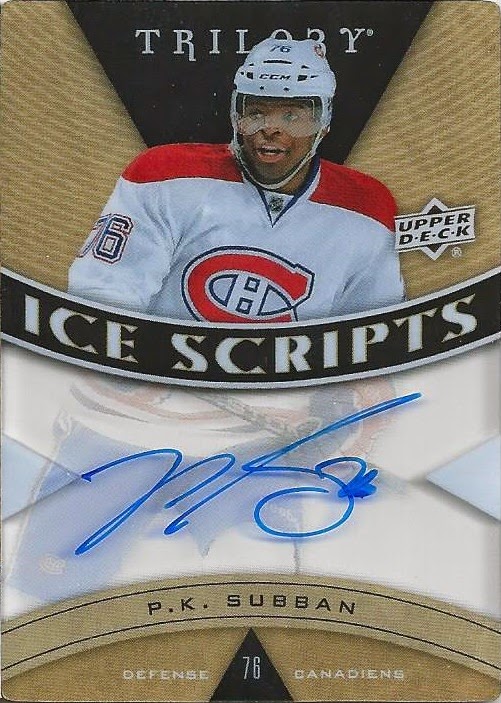 Every so often I browse through autograph auctions that are about to end on eBay to see if I can scoop anything up on the cheap last minute.  On one such occasion, the price on this PK Subban Trilogy Ice Scripts autograph seemed too good to be true with just a minute or two left to go.  I didn't have enough time to do the normal research/due diligence to make sure I was getting a good deal, but it felt right so I placed my bid and was pleased to end up with the win.

If you've never held one of these Ice Scripts autographs in hand, I'd definitely recommend picking one up on the cheap sometime (if you don't care who the player is you can find them for under $2 on COMC).  They're made of acetate-type, see-through material, and are super thick with rounded corners.  They've got some real weight to them too, and the end result is that they do kind of feel like you're holding a small block of ice in your hand.  The autos are all on card (or on block I guess you could say) as well, which is perfect.  PK took full advantage of all that space with a large, flowing signature that includes his uniform number.

Subban has already nabbed one Norris Trophy, and has a very promising career in front of him.  He's one of the most exciting players in the league to watch, and though I had no plans on picking up his autograph I'm certainly glad I did. 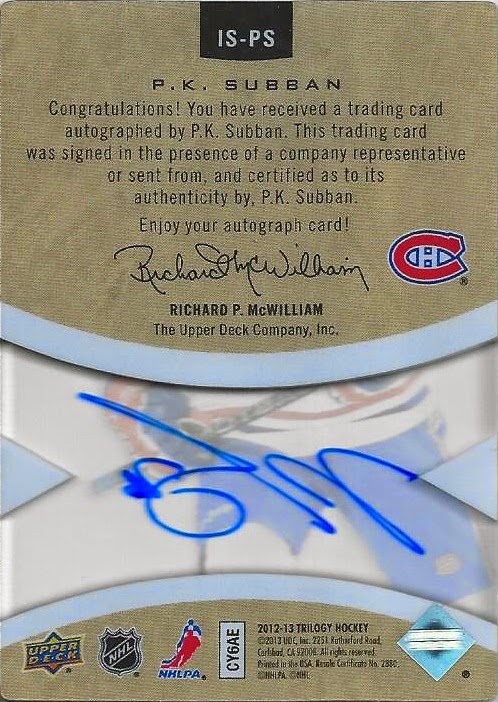 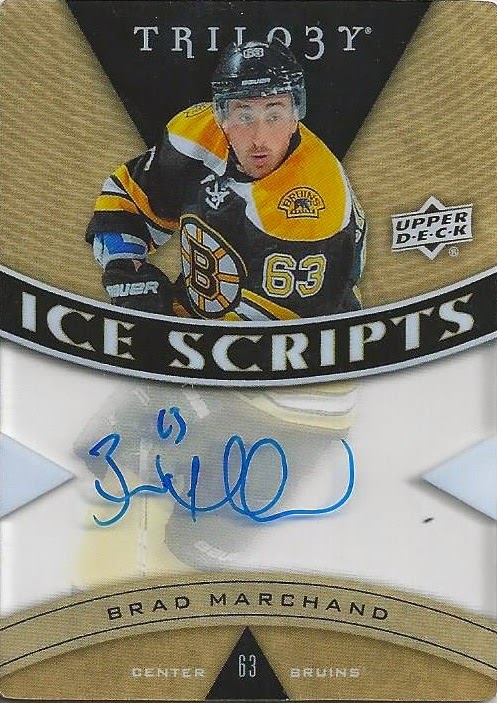 Hopefully PK can get along with Brad Marchand now that they're placed next to each other in one of my autograph shoe boxes...
Posted by shoeboxlegends at 9:27 AM

Nice acquisition. Those Ice Scripts are sharp. You sure can't beat that price either.

Even as a Bruins fan I have to admit PK is fun to watch. Nice autos