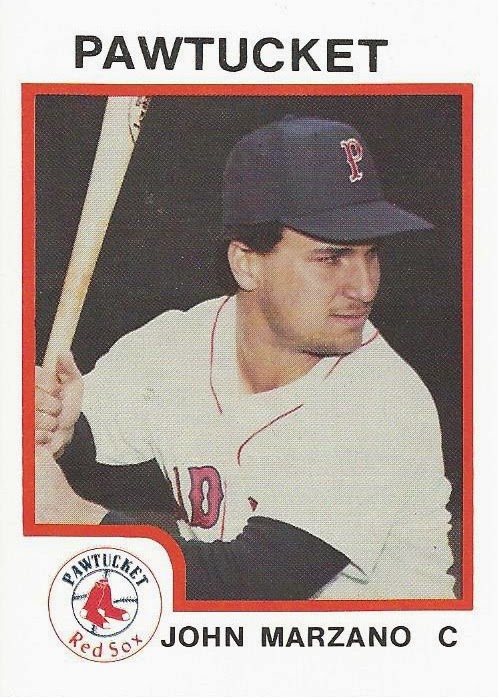 Recently I picked up a 1987 ProCards Pawtucket Red Sox team set on eBay.  Why?  I guess just because it was a cheap ($1.99 plus a buck for shipping) opportunity to add nearly 30 new cards to my Red Sox collection.  Some players in the set, like John Marzano here, are names I recognized.  Others, not so much.  Nothing too flashy about the design, and the card stock isn't the greatest quality, but oh well, new Sox cards are new Sox cards nonetheless... 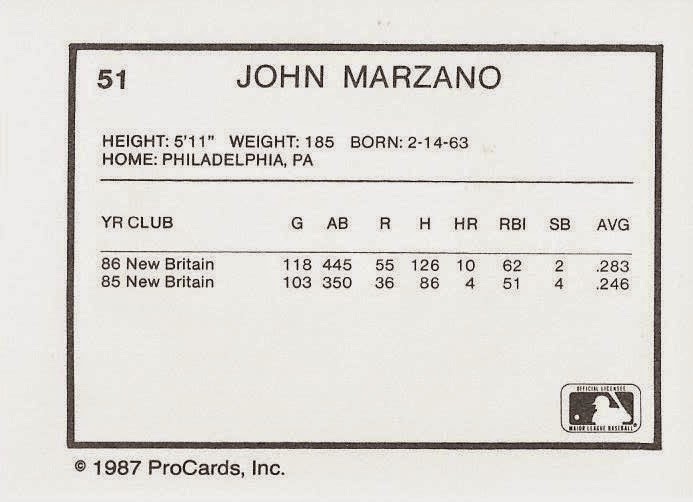 Not a whole lot to the backs either. 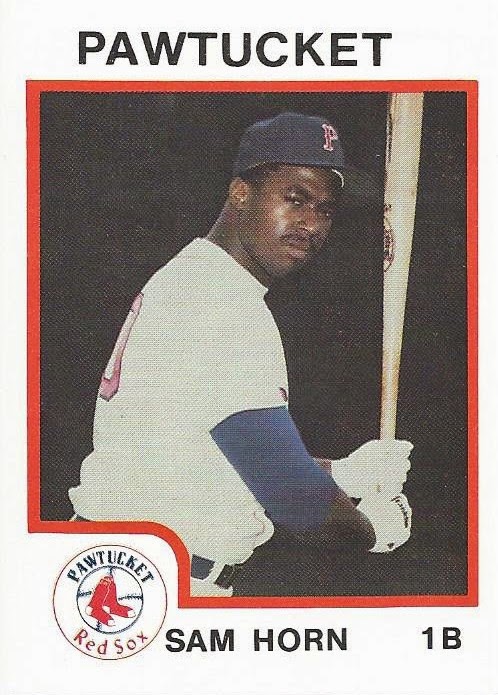 I scanned in all 27 cards in order, let's see how many made it with the big league club.  We're two-for-two to start here. 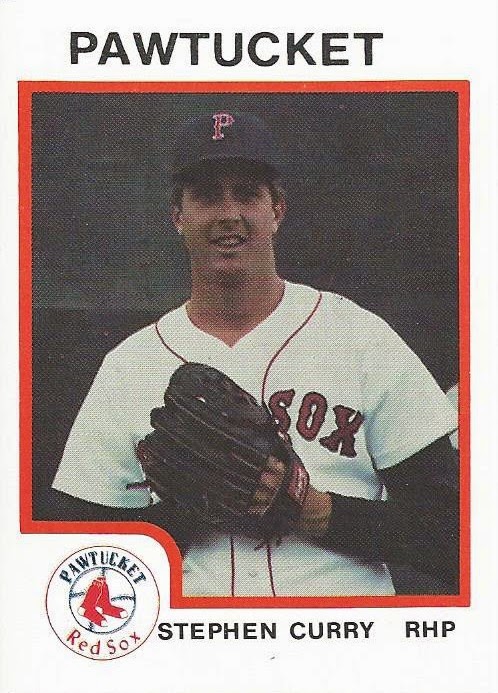 A perfect three-for-three here, as Stephen appeared in 3 MLB games during the 1988 season. 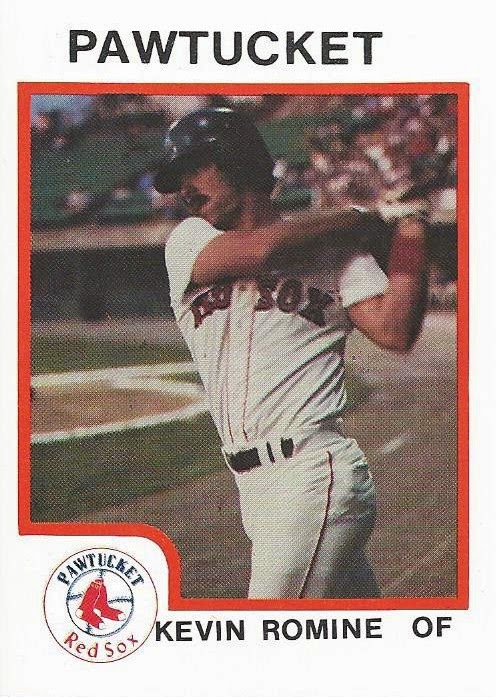 The streak continues.  This is pretty much the only card in the set that wasn't taken at nighttime, or at least dusk, and so actually has some background visible. 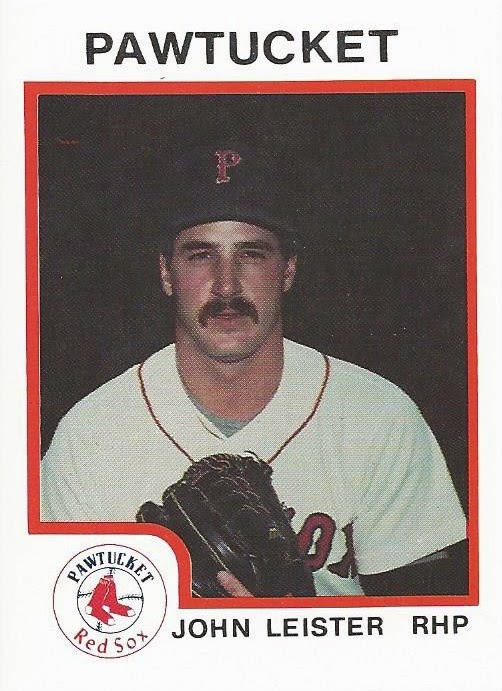 Before Jon Lester there was John Leister.  If you've never heard of him before it's probably because his MLB experience consists of 10 total appearances spread across two seasons... 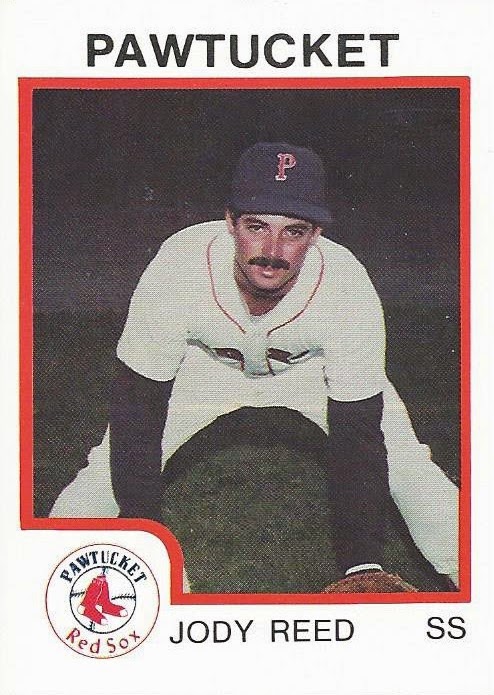 Here's a name any Red Sox fan who was collecting during the junk wax era will know.  On a side note, I didn't realize until these arrived at my house that they came from a small hobby shop that I used to frequent as a kid with my dad and brothers (C & S Sports and Hobby in Plainfield, CT).  I had no idea they were the sellers when I picked this up on eBay, small world! 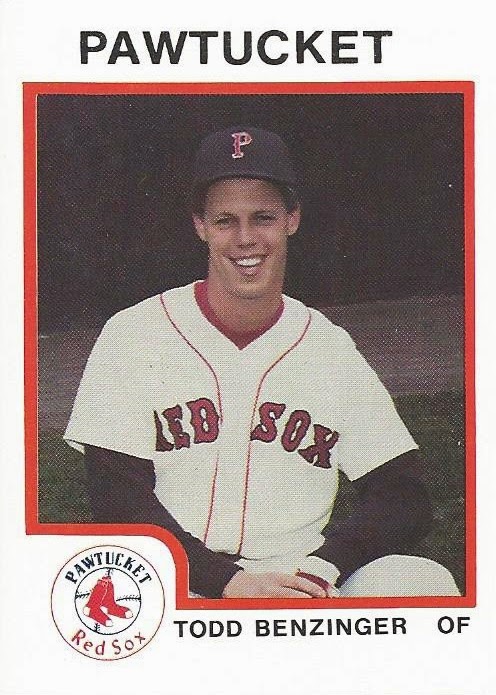 If you're keeping track every player so far advanced past AAA to the Boston Red Sox, at least briefly. 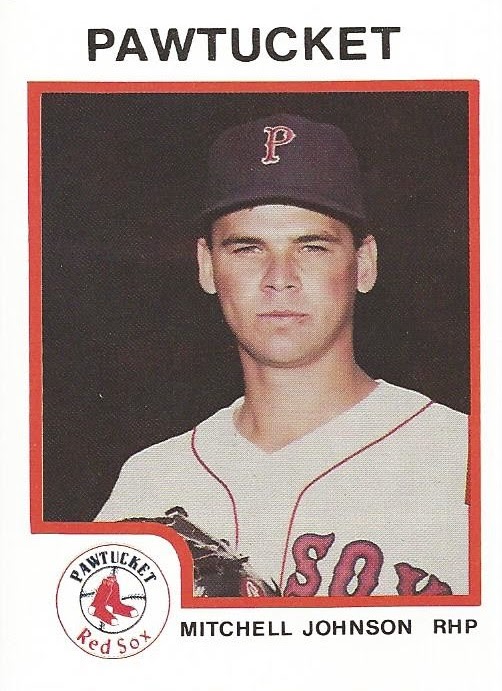 The streak is broken, as I'm fairly certain that Mitchell Johnson never cracked a big league roster at all. 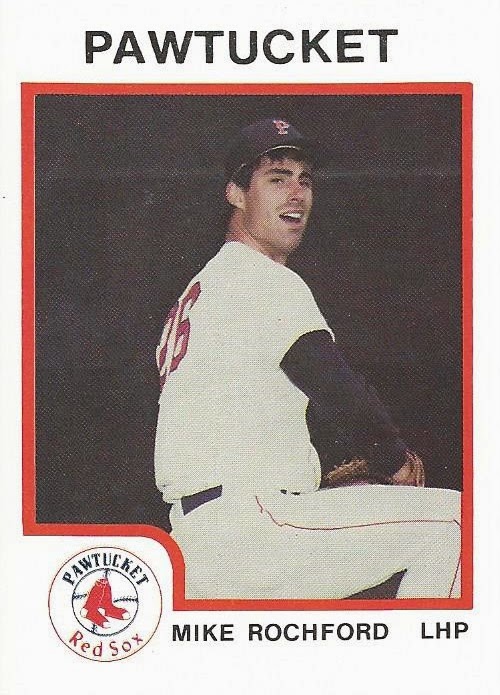 After one miss, right back to a guy who did make it! 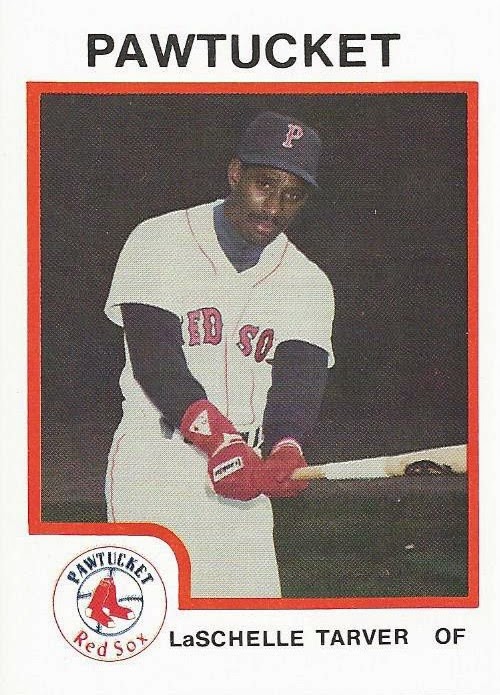 LaSchelle Tarver had already seen all the MLB action that he ever would see (13 games with Boston in 1986) before this set was even printed up. 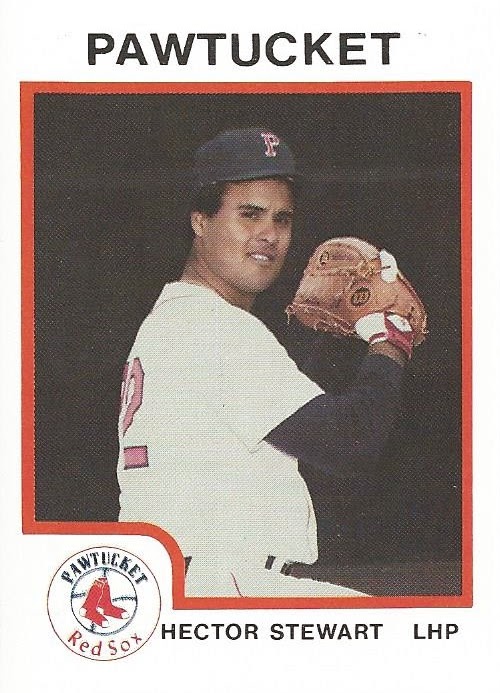 Here's the second guy in the set who, as far as I can tell, never advanced past AAA ball. 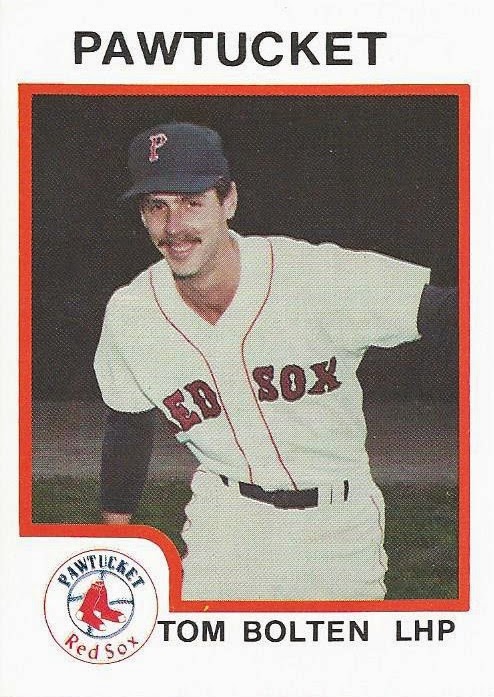 We've got a typo here, as the player depicted is Tom Bolton, not Tom Bolten.  Either way, he pitched for Boston, Cincinnati, Detroit and Baltimore before his career was done. 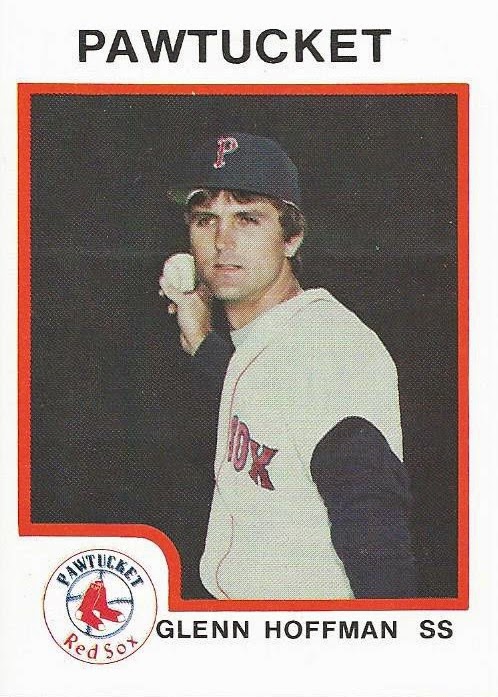 I really have to wonder why the folks at ProCards decided to snap all these photographs under such poor lighting conditions. 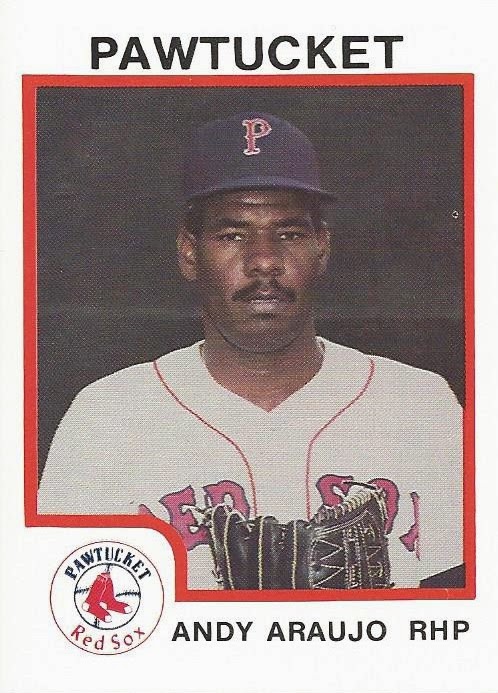 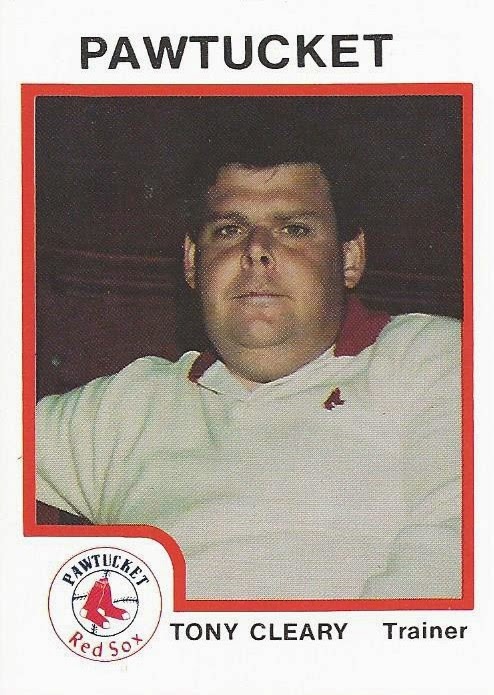 Believe it or not this is not Tony's only card.  At a minimum he's featured in the 1989 PawSox team set, not sure if there are others out there.  As usually seems to be the case, Tony does not look like someone you'd want to take fitness advice from. 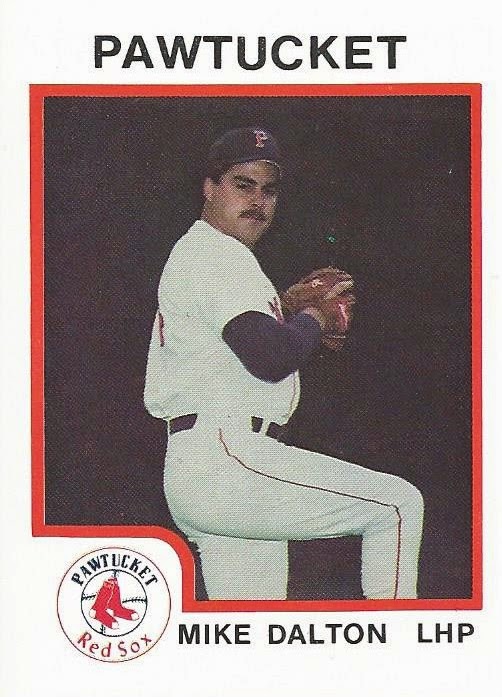 Mike was never on the roster for the Boston Red Sox, but did get into four games for the Detroit Tigers in 1991. 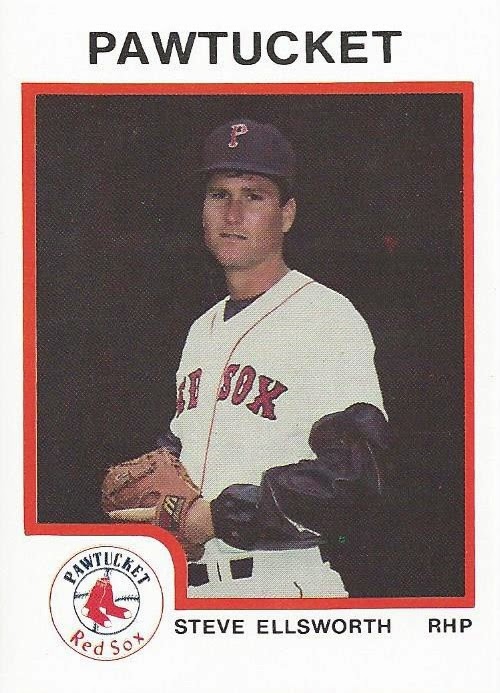 A little tough to tell in this photo, but Steve stood an astounding 6'8" tall!  Unfortunately his career ERA nearly matches his height (6.75).  Hey, he played in eight Major League games, which is eight more than I'll ever get into! 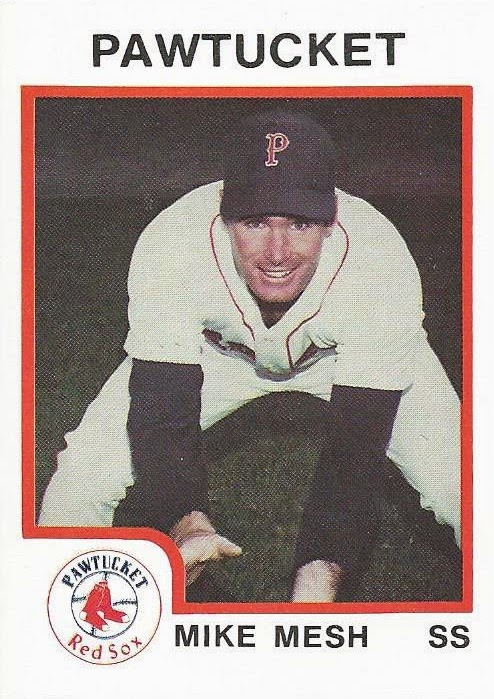 AAA was the end of the line for Mike Mesh, and he was out of baseball completely by 1989. 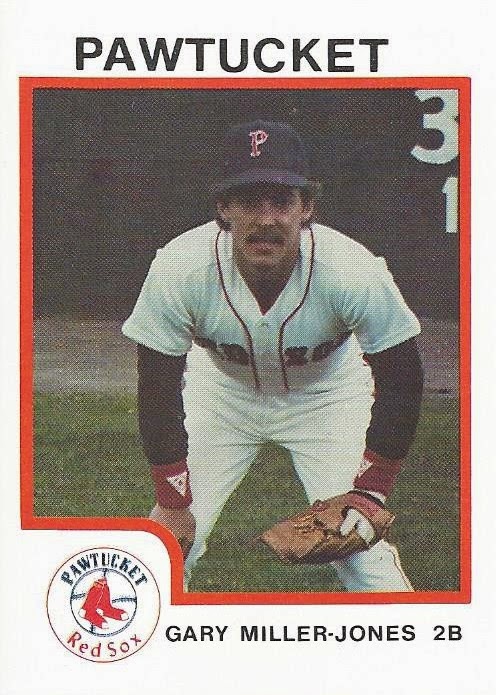 Same deal as the last player, never passed AAA and his pro ball career was over in '89. 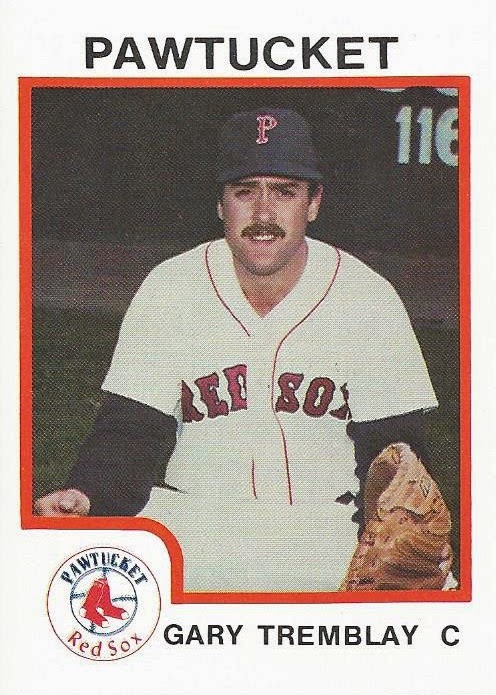 Now we're on a streak of players who didn't make it, that's three in a row! 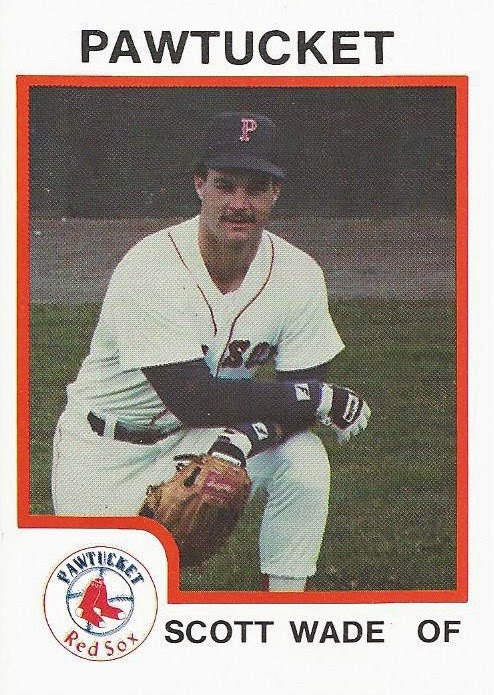 Make that four.  A shame too, as Scott put in a lot of time in the minors.  9 seasons of AAA ball alone. 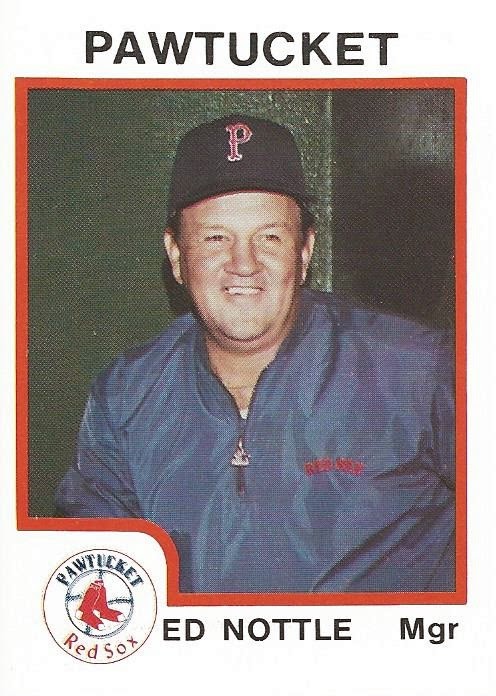 Ed Nottle was a relief pitcher in his younger days.  He got as far as making the Chicago White Sox roster in the early '60s but never appeared in an actual MLB game.  He went on to have a fairly lengthy career managing minor league ballclubs.  He was still involved in the game as recently as 2008, when he managed a pro club in Ottawa! This is probably the most recognizable card from the set, an early Ellis Burks.  It was the only card I'd seen or heard of before picking up the team set anyway. 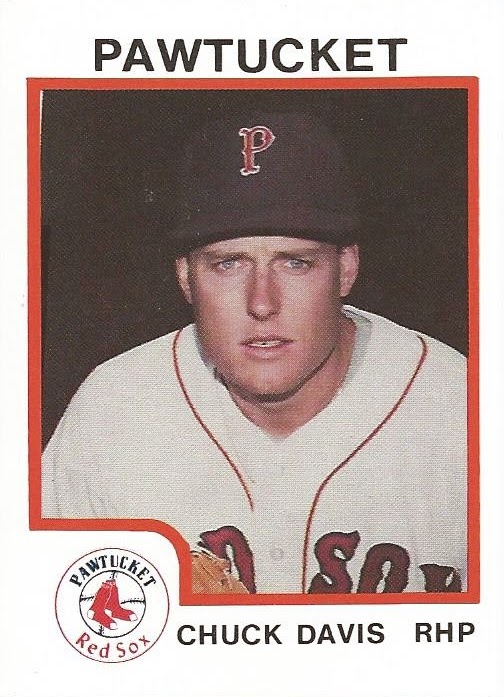 Chuck Davis wrapped up his career in 1987, probably not long after these were printed up.  The Pawtucket Red Sox were his final stop in pro ball. 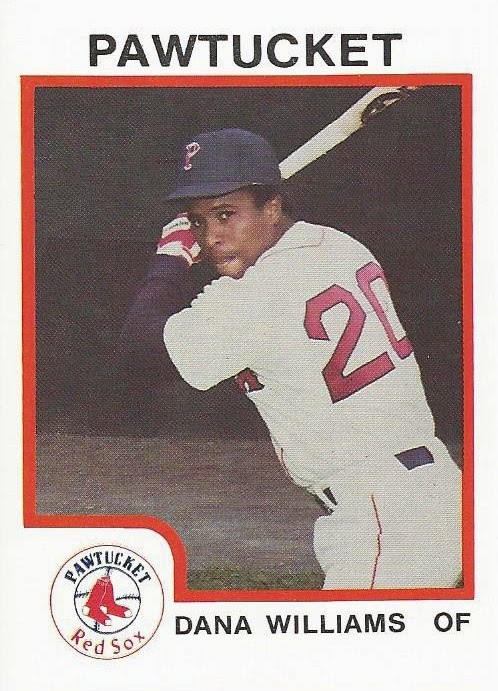 6 total plate appearances with Boston!  Reached base twice (hit-by-pitch and a double). 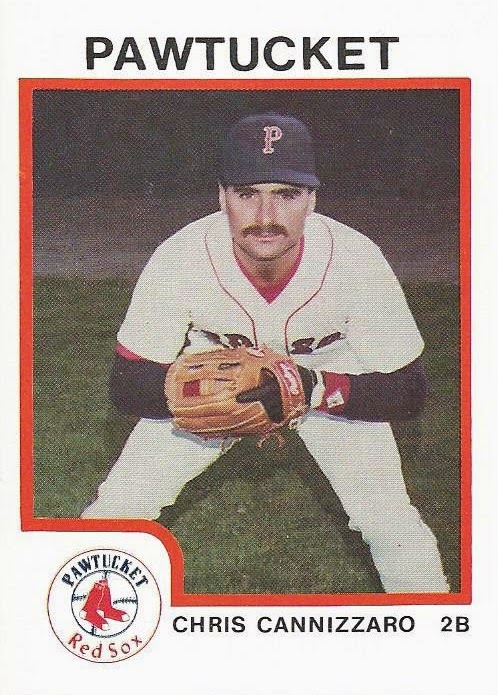 Well, there you have it.  If you made it to the end of the post I commend you, because those were some really obscure names!  No complaints here though, 27 new Sox cards and I got a blog post out of it, all for about the price of a pack of 2015 Topps...
Posted by shoeboxlegends at 4:41 PM

My first thought...Marzano reminds me of Charley Maxwell.

I like these minor league sets also. Mariano just recently passed away. John had a bunch of these sets at his shop.

I have this set too. You got it for a great price.

Whoa boy...these are about as non-flashy as any trading card I've ever seen! But, as you stated, a new card for your team collection is a new card regardless!

Horn and Araujo spent some time playing in Taiwan in the TML and CPBL after their Sox days were over.