It's been a very long week.  I don't have the energy or time for any type of well-thought-out post, so instead here's some backlog from my folder of scanned cards waiting to be cropped and added to my collection on Zistle... 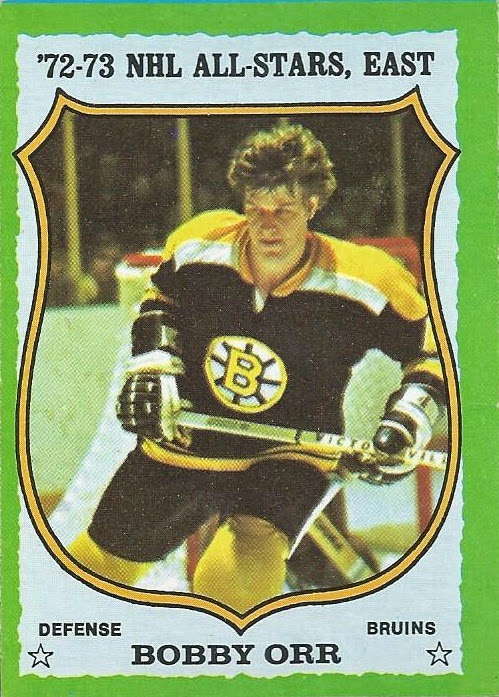 First up, probably the single biggest card I was missing towards my '73-74 Topps set, #4 Bobby Orr!  Slightly off-center, but not too bad.  You can see a strip of blue along the top from the card that was above Orr in the uncut sheet, which is very common for this set.  Overall the condition fits in nicely with my others, and for $10 with free shipping I'm happy with the card. 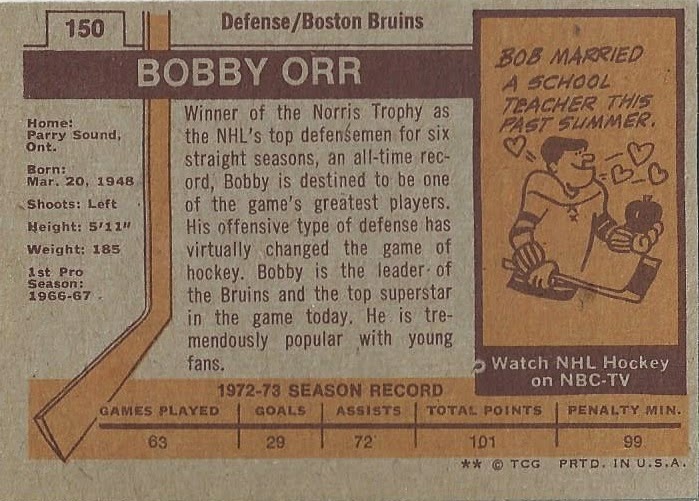 Down to just 11 cards left to knock this one off, with the biggest remaining name being Ken Dryden.  I plan to have this set knocked out sometime in the next few months.  Now for some other random stuff... 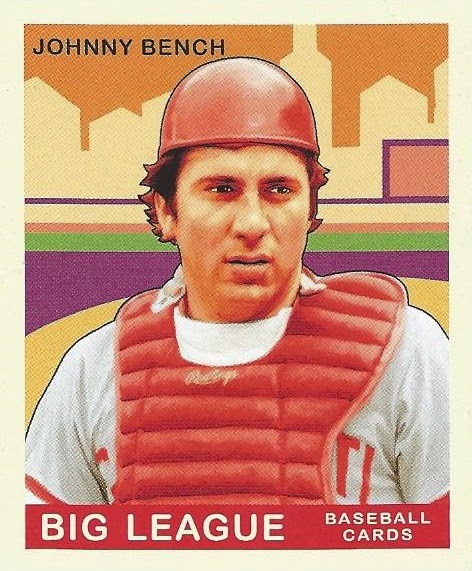 I featured the Johnny Bench Heads Up SP from 2007 Goudey yesterday, so figured why not show his standard SP card, which I picked up recently from COMC as well.  I like these better than the Heads Up cards.  This one was even cheaper too at just $.88. 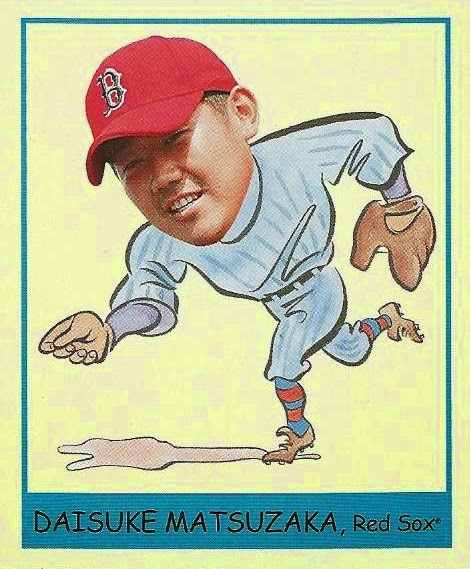 I actually managed to pick up a few Goudey SPs in my last COMC order... 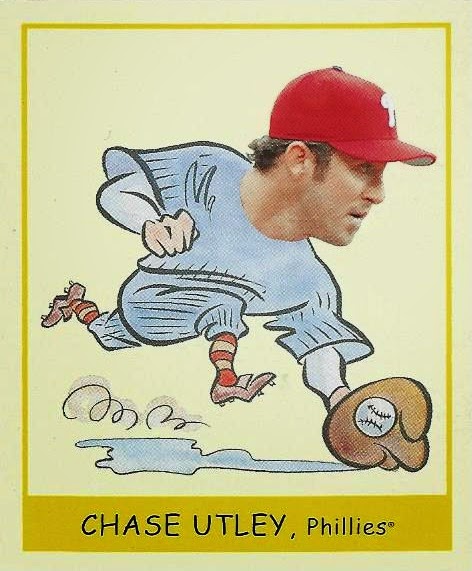 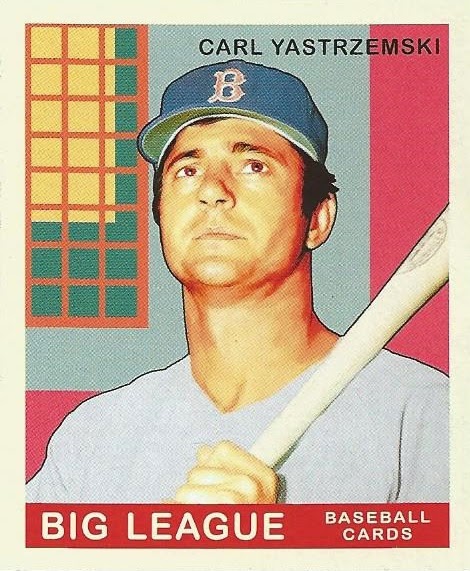 My favorite of the bunch is this Yaz. 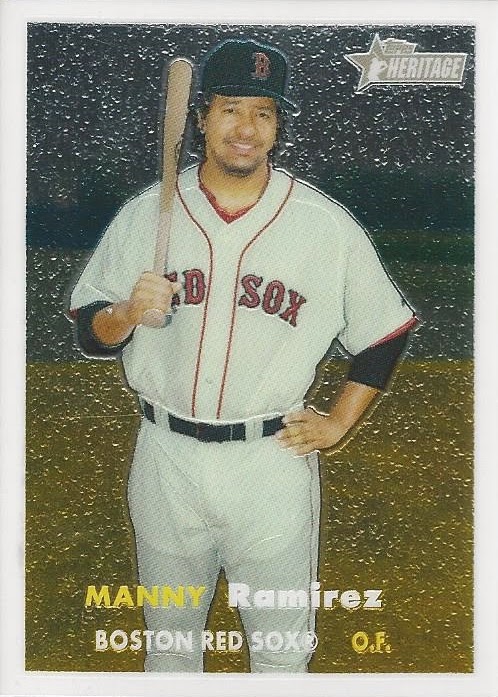 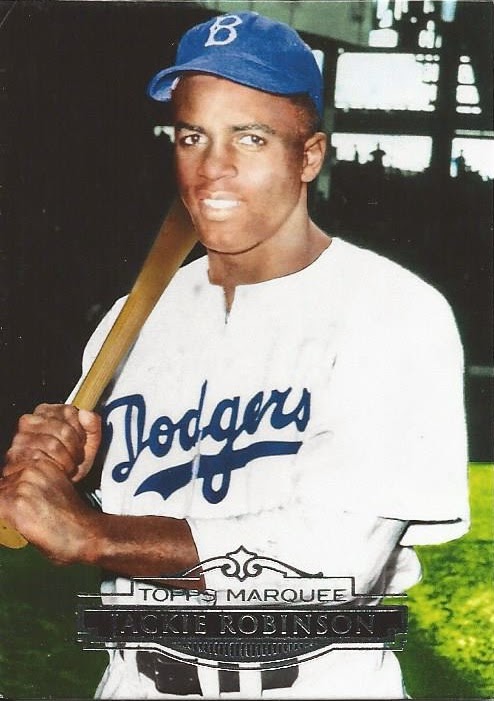 2011 Topps Marquee has been making quite a few appearances on the blog lately.  I recently discovered that the base set has just 100 total cards, so I'm actually considering trying to build it.  I ordered two of these Jackie Robinsons by mistake, but it worked out in the end as I shipped one off to Night Owl. 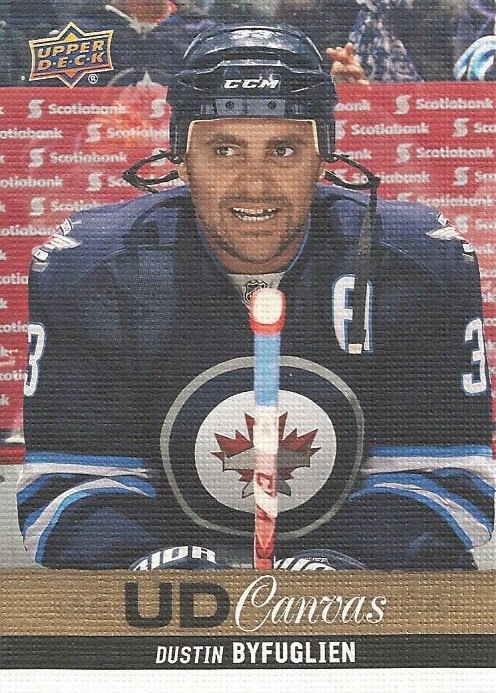 I guess I chose to show this one because of the odd facial expression and the chin strap loops that are in an outright position ready for take off. 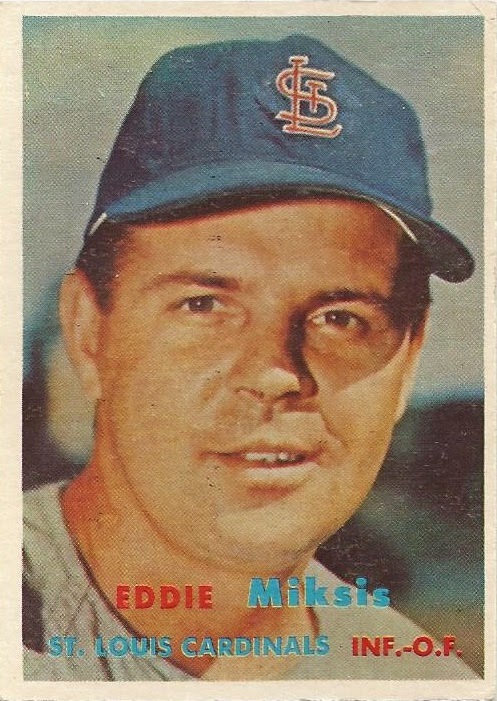 Here are a couple of '57 Topps that I picked up in a lot a couple of months ago.  I would love to build this set someday, but know full well that I have way too many other things in front of it on the priority list. 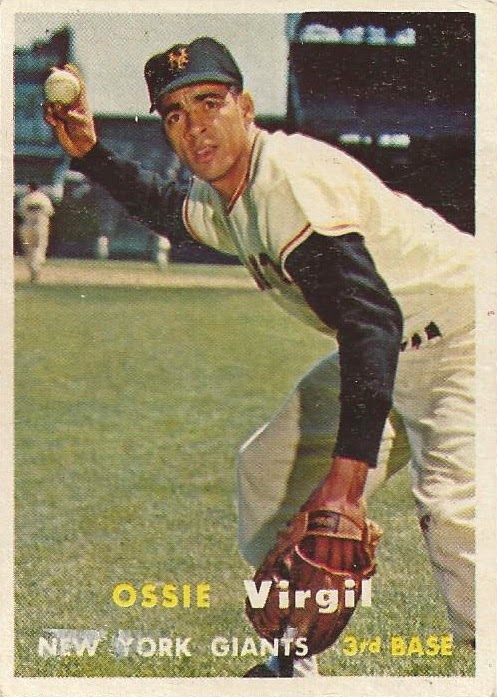 Still, these were in way too nice shape and at way too cheap a price to pass up. 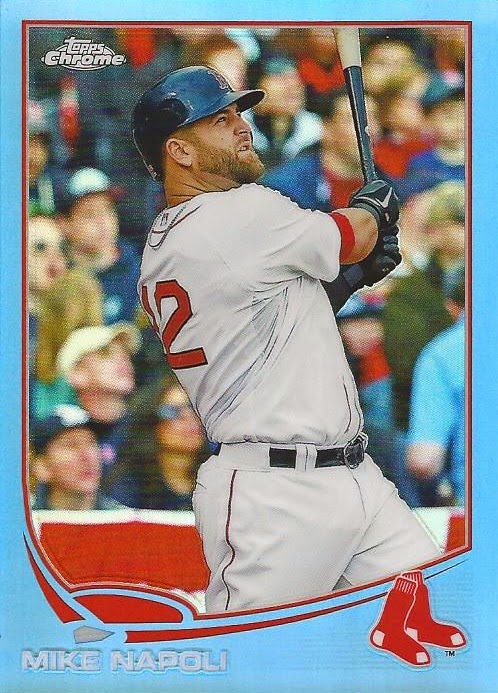 Mike Napoli 2013 Topps Chrome Blue Refractor.  My reasoning for this is that it's numbered to /199 and I'm a sucker for artificial scarcity I guess... 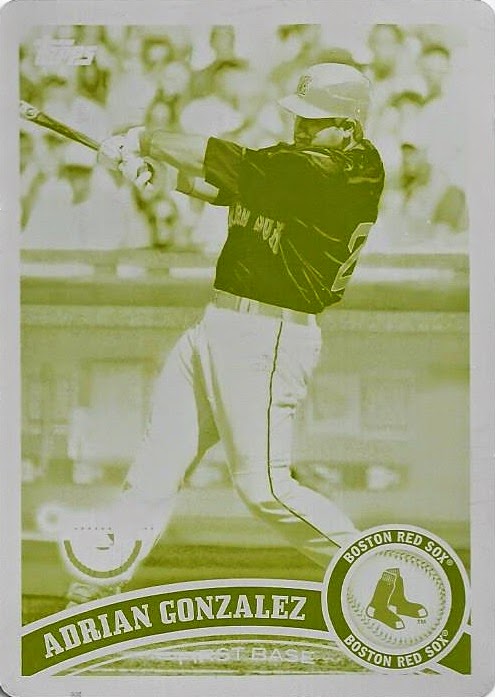 Here's one I've been sitting on for a couple of years now.  After Adrian Gonzalez's brief stint in Boston I decided I would try to accumulate as many cards as I could featuring him in a Sox uniform.  I quickly realized that the number was overwhelming, despite Adrian having spent less than two seasons here.  I'll never be a player collector. 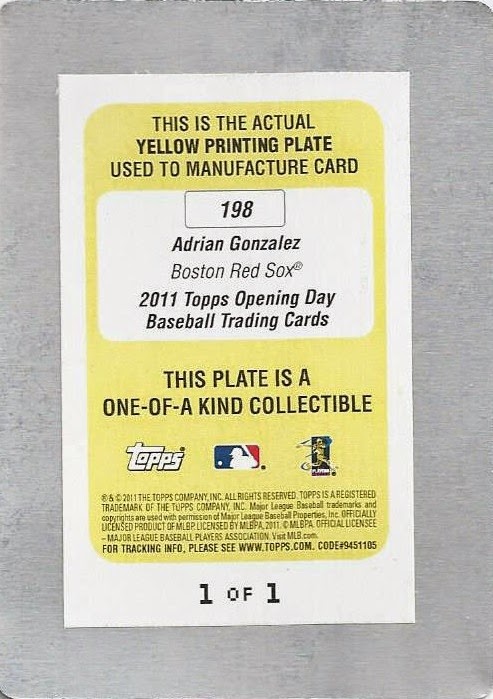 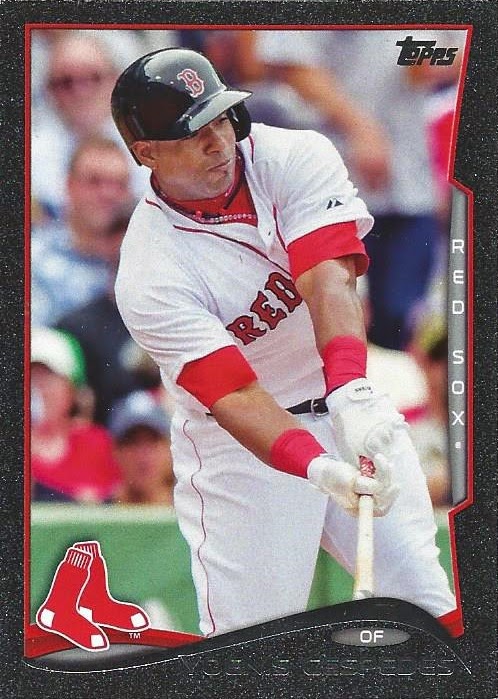 Here's someone who lasted even less time in Boston than Gonzalez did.  These Black parallels are tough to come by, with this one being numbered to just /63 copies. 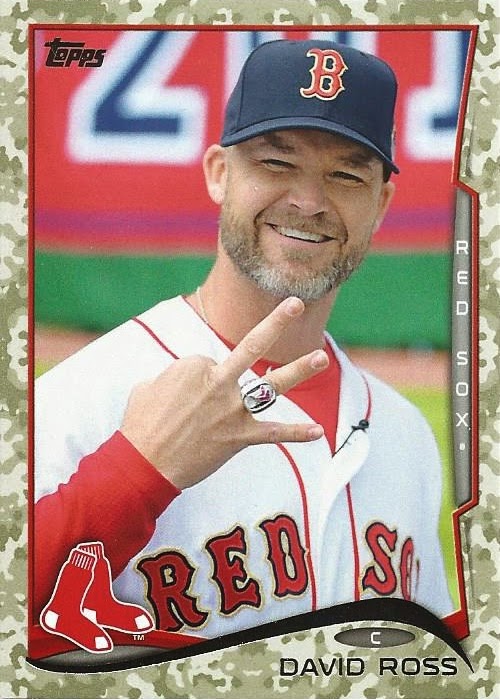 That's all I've got for today, hoping to potentially hit a card show for the first time in about 6 months this weekend, although it's still up in the air...
Posted by shoeboxlegends at 4:52 PM

Glad to see you scored the Orr. Hopefully we can hook up at the show

That is a sharp Orr. I'll be at the show in Mansfield. If you're wearing anything Bruins you get free admission.

wow. Does that Orr look odd to me. I have several copies of that card..... but mine are red. Not green. (OPC)
Sure is odd to mess with a memory like that.

Congrats on picking up the Orr. Great card. (Is there such a thing as a NOT great Orr?)


Like you the '57 set is calling my name. I suspect it'll be the set I wish I had collected but never did.