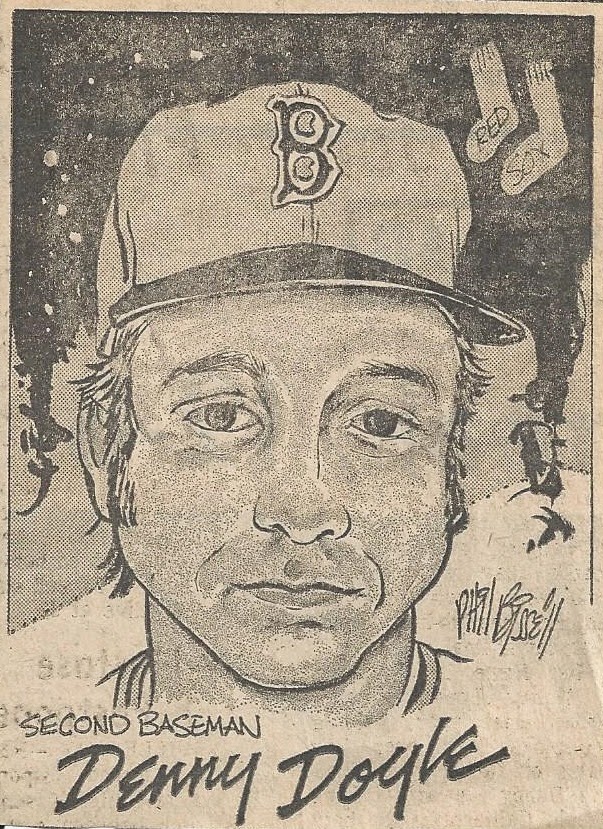 Catching up on trade posts and the clutter that is my card desk at the moment.  Gonna kill two birds with one stone here.

Let's start off with a fantastic PWE that I received maybe a week or more ago from the infamous Mark Hoyle.  There were a few different items inside, and I'll get to the others in a second, but first the awesome Denny Doyle sketch you see above.  Mark let me know that this is a cutout from the Boston Herald printed back in 1975!  It's larger than your standard modern day trading card at 3" wide and a hair over 4" tall.  I love the artwork, what a really cool and unique piece of Red Sox memorabilia. 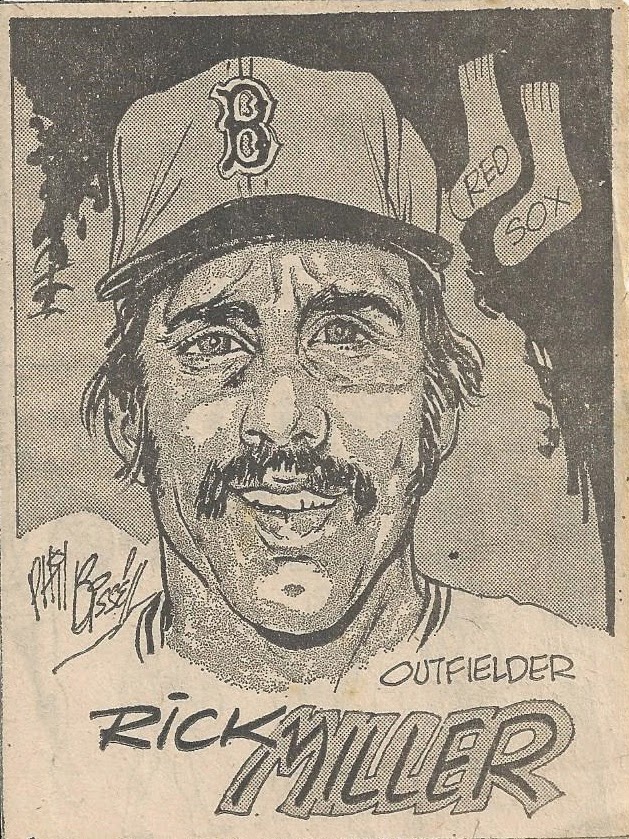 There were a few of these in the PWE.  I'm liking them more and more as the days go by.  I don't think I'll chase a team set though, because according to Mark the Yaz and Jim Rice from this set are near impossible to find. 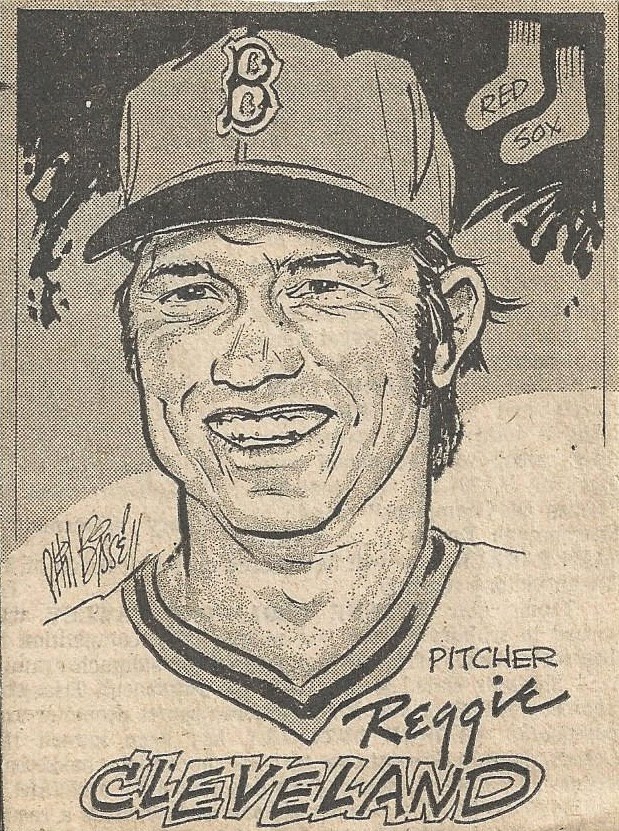 These were printed right on a standard page of the paper, so instead of backs they just have a snippet of whatever story was on the reverse side of the page.  You can see some of the paragraphs on the other side of Reggie Cleveland along the bottom, lighter portion of the clipping in my scan. 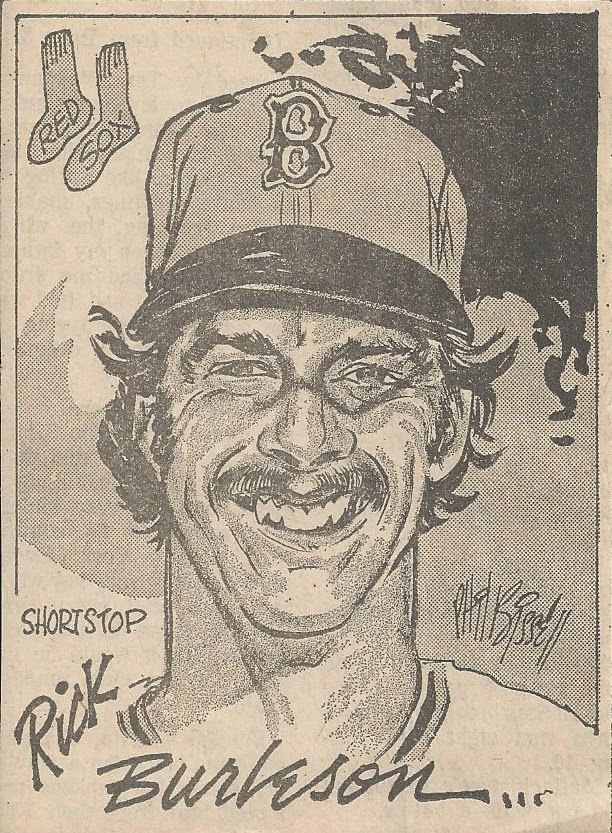 Perhaps my favorite of the five that I received is this Rick Burleson.  I just love the grin, and the fact that the drawing looks half realistic, half caricature. 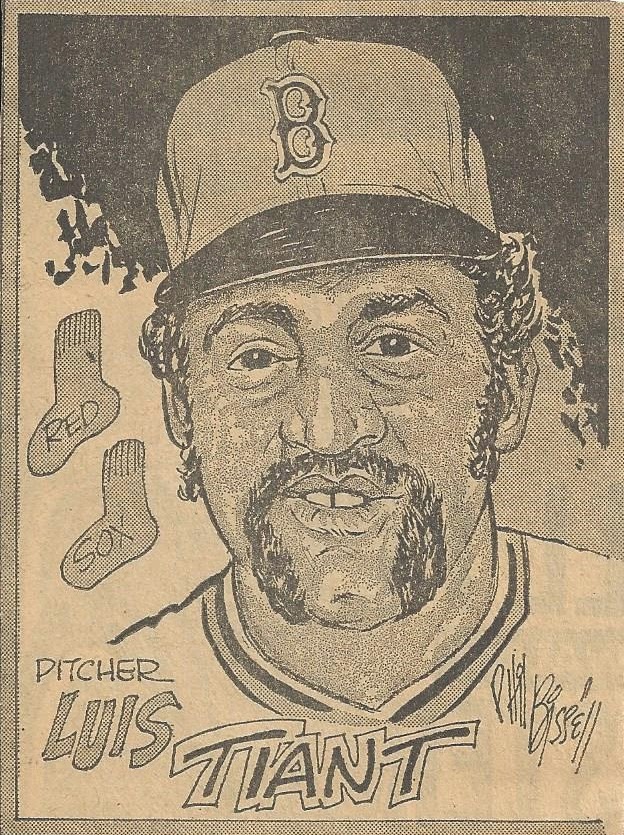 Closing out the '75 Boston Heralds is fan favorite Luis Tiant.  I used to be really into drawing back in the day, and these made me want to dust off my sketch pad and pencils again.  As if that weren't generous enough, Mark sent along two 2015 Topps Red Sox that he knew I was still missing towards my team set.  In fact, they were the impetus behind this particular PWE, and these great Boston Herald sketches were actually a surprise throw-in. 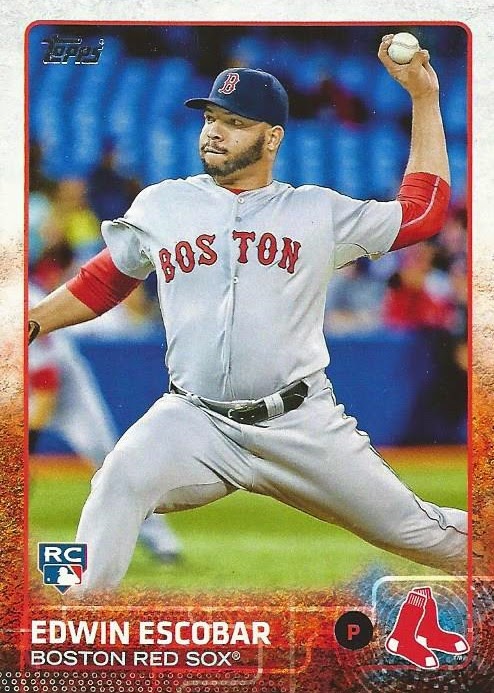 I consider myself a fairly devoted Red Sox fan.  Been to Fenway at least once every year for probably 13 years or so now and counting, saw my first MLB game there over 25 years ago now, watch probably 2/3 to 3/4 of the games in their entirety and always make sure to catch the highlights for the others.  That being said, I did not recognize Edwin Escobar at all.  When I looked him up I found that he's pitched a grand total of 2 innings in a Red Sox uniform since coming over last summer in the Jake Peavy trade.  I don't feel so bad now.  Gotta wonder why Topps decided to include this guy in Series 1. 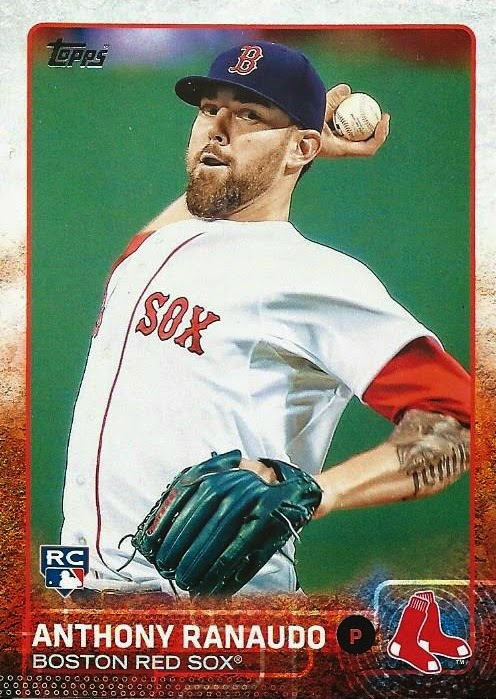 In one of my least favorite moves of this off-season, Boston dealt starting pitcher Anthony Ranaudo to Texas for pitcher Robbie Ross.  I can't really back it up statistically, but I thought Ranaudo was a decent, serviceable bottom of the rotation guy for stretches last season.  You can never have enough pitching depth, and at just 25 years old there seemed to be an upside there.  Time will tell I guess, for all I know Robbie Ross will be your 2015 Cy Young Award winner... 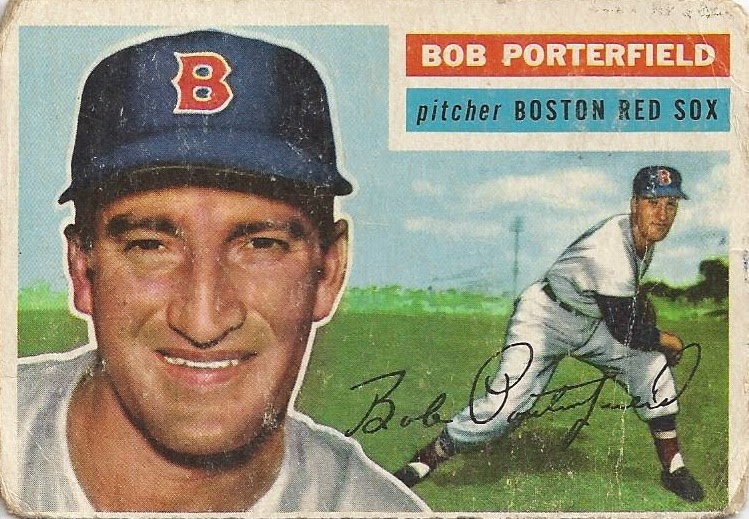 Oh yeah, and Mark tossed in a '56 Topps I didn't have as well!  Wow, any trade package with a surprise '56 in it is a winner in my book.  Thanks again for another thoughtful and much appreciated grouping of cards Mark! 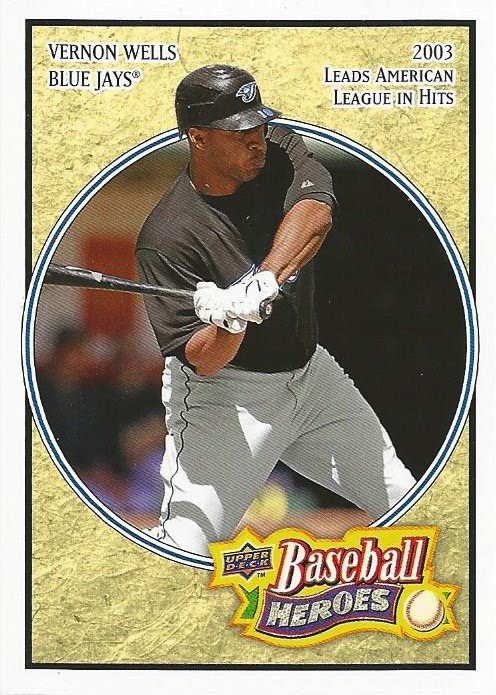 Now, just to knock a second group of cards off of the backlog, here's a simple and very small trade that I recently completed with Zistle user 'tbjc'.  I sent him a single Joe Carter insert, and in return got a couple of singles from a set I've been slowly amassing for years, 2008 Upper Deck Baseball Heroes. 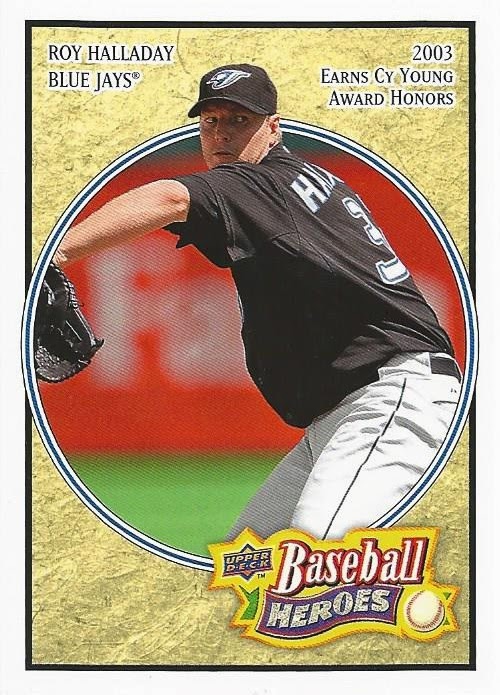 One card I didn't need or want out of my trade box, two base cards I needed in return.  The beauty of Zistle!
Posted by shoeboxlegends at 8:53 PM

Even the 'worst' trade on Zistle is a beautiful thing, for the exact reason you stated!