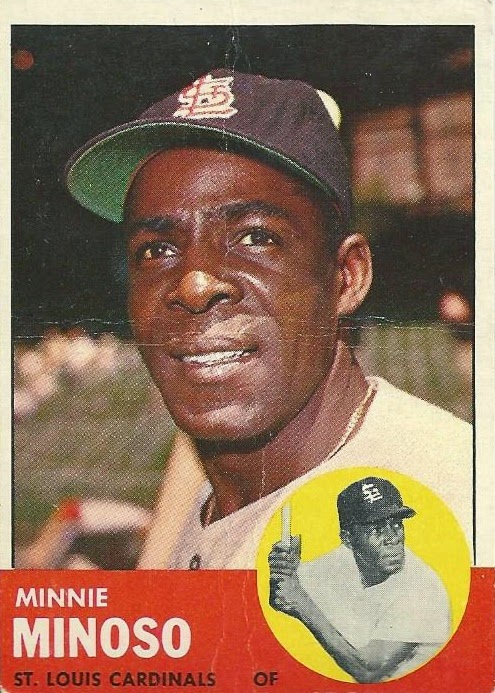 I'm not typically one to put up "in memoriam" posts here on the blog.  I figured today it was okay to make an exception though, given that I just received this great Minnie Minoso card in the mail on Friday.  It came from Brian at Highly Subjective and Completely Arbitrary, after I laid claim to it on a trade bait post that he had up a couple of weeks back.  On Sunday I was scanning this card, and the others Brian sent along, when I heard about Minoso passing away.  Minnie is one of my favorite old-time ballplayers, and I've talked about him before on this blog a couple of times.  I'm grateful that Brian was kind enough to send this one along for my collection. 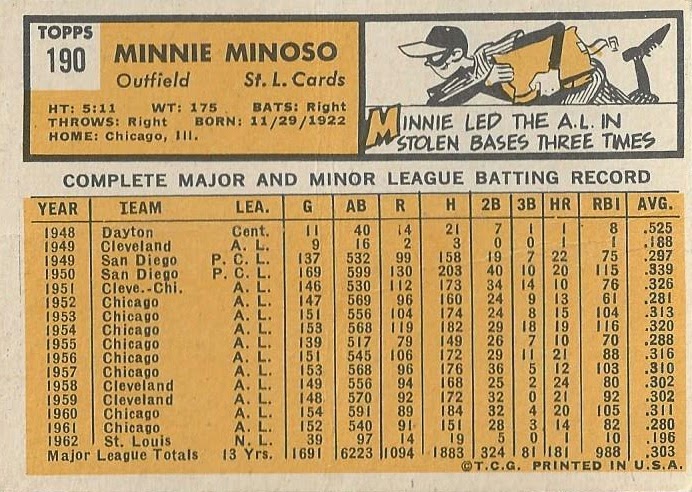 On a more positive note, let's see a few of the other great cards that Brian included in the package, most of which were a surprise to me... 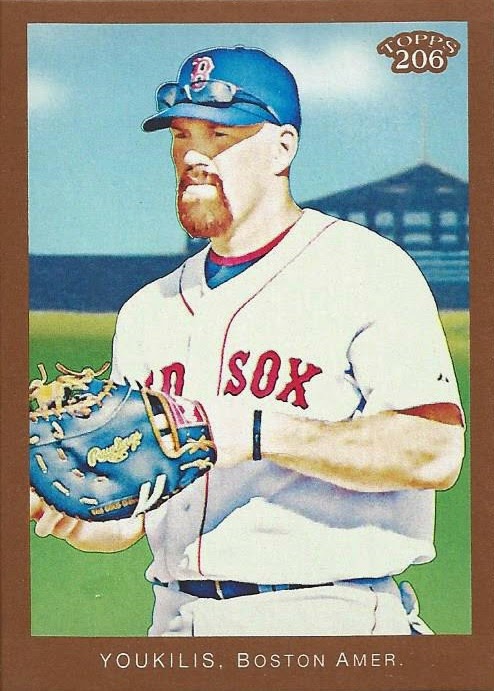 All the Topps 206 sets that came out a few years ago are sort of a blur to me, but it turns out this Kevin Youkilis Bronze is my first parallel from the 2009 edition.  For whatever reason my scanner really liked this card, look at those vibrant colors! 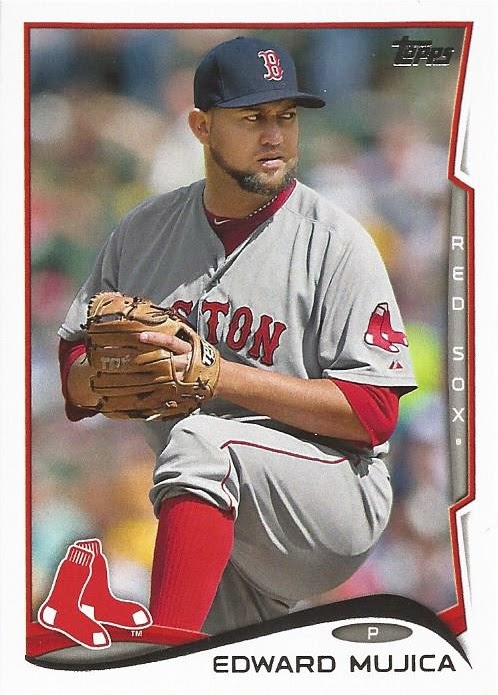 Brian tossed in a due of Red Sox cards that I needed for my 2014 Topps Update Series team set in the form of Edward Mujica... 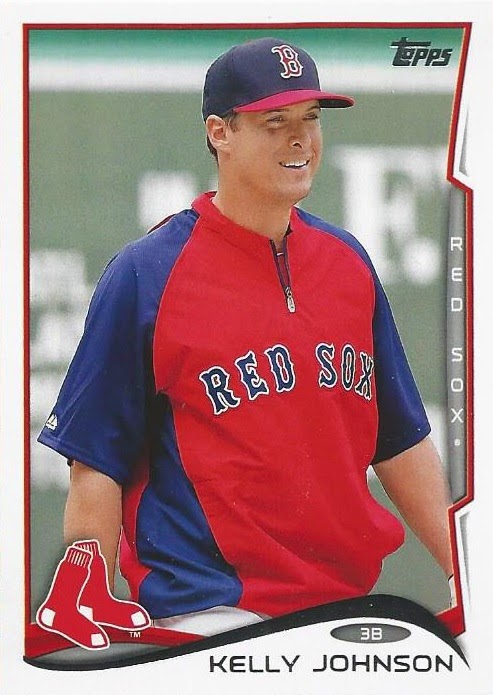 ...and Kelly Johnson.  Much appreciated! Here's one that goes back a few years, from 2009 Upper Deck Spectrum.  Remember that obnoxiously loud set?  I can't help but think sets like this are a large reason why Upper Deck ultimately lost their license for MLB trading cards.  Still, a new Red Sox card is a new Red Sox card regardless. 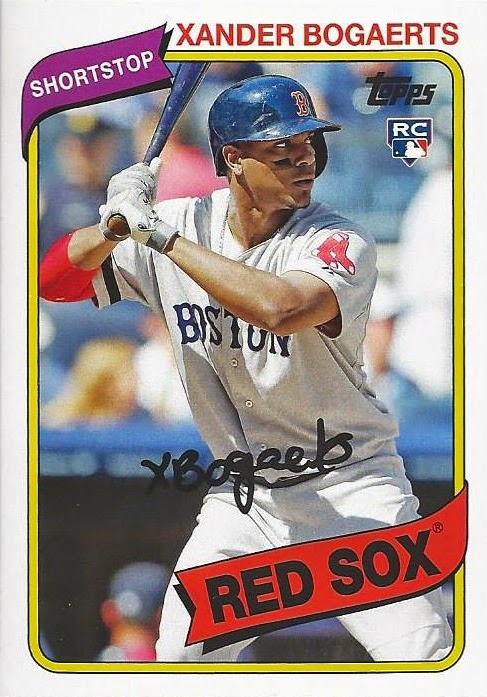 Score!  Any package that includes a new-to-me Bogaerts rookie is automatically a winner.  I'm really excited to see what Xander, Mookie Betts and Rusney Castillo can bring to the club in 2015. 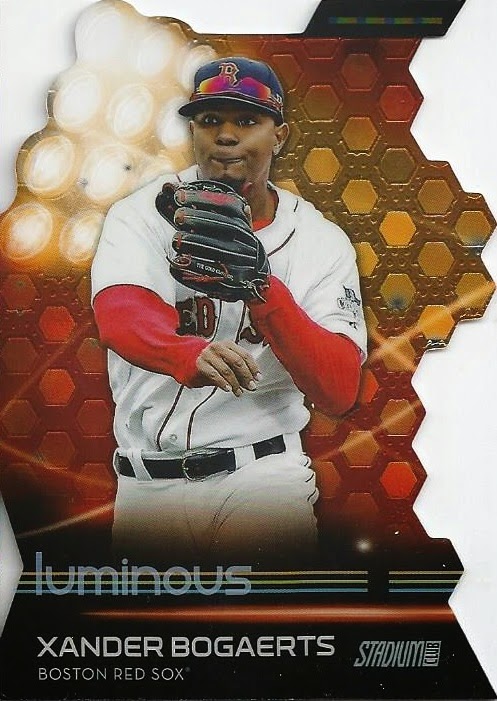 Here's another, even cooler, Bogaerts!  I was secretly hoping to pull one of these from my box of Stadium Club.  Alas, it wasn't meant to be, but thanks to Brian's generosity I ended up with one anyway! 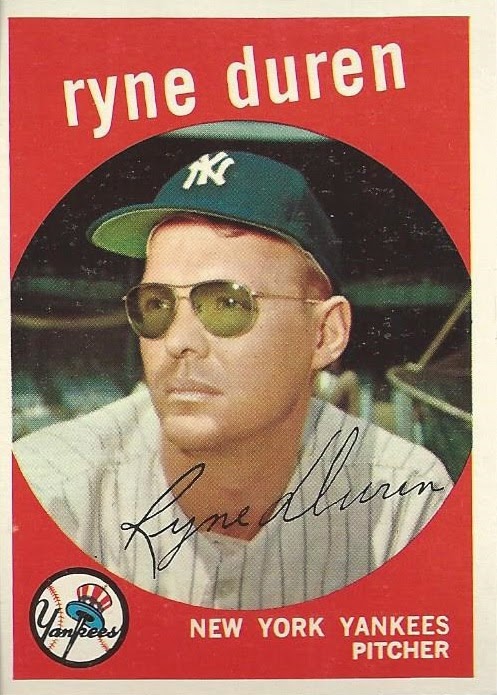 Last, but certainly not least, the other card I shamelessly laid claim to on Brian's trade bait post, a 1959 Topps Ryne Duren in pretty fantastic condition.  This card is in much better shape than many of my existing '59s, and filled a nice hole in the binder for the low condition set I'm (very slowly) working away at. 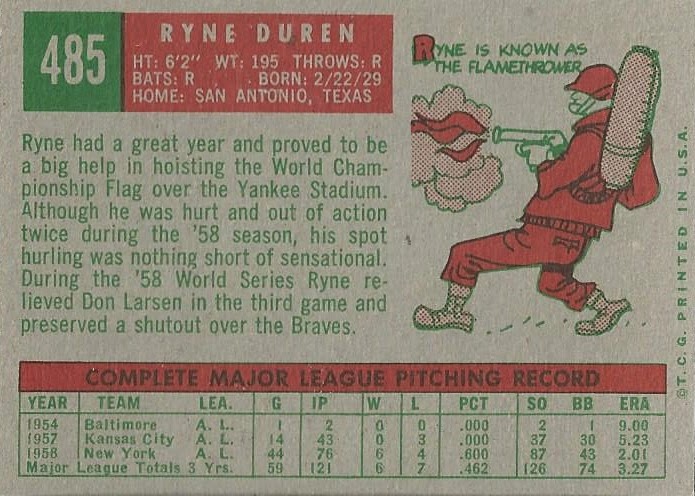 Brian, thanks for an awesome trade.  I never had a "Twins guy" until now, so hopefully this will be the first of many.  I hope you enjoy and need at least a few of the cards I sent in return, and I'm looking forward to sending you plenty more as part of your upcoming break!
Posted by shoeboxlegends at 2:00 PM

Great! I'm glad I had some Sox you needed.