I missed out on the card show today, looks as though my drought will extend past 6 months. That's alright though, I sort of view eBay as my 24x7, worldwide card show. In fact, today's card is a recent win that showed up in my mailbox yesterday morning! 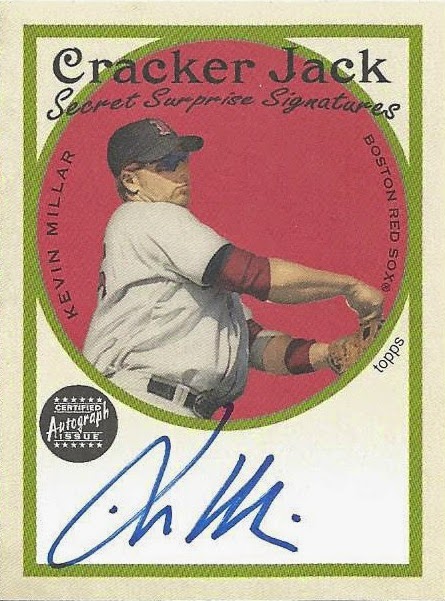 This is definitely one of my favorite autographs I've picked up so far in 2015.  I'm a big fan of the vintage Cracker Jack baseball cards.  While I obviously prefer the originals, they are fairly difficult to come by and very expensive, so the 2005 set produced by Topps is the next best thing.  I've known that Kevin Millar was on the autograph checklist for a while now, but I refused to pay $20 or more for this card so it took me a couple of years to find one at a price I was happy with ($11). 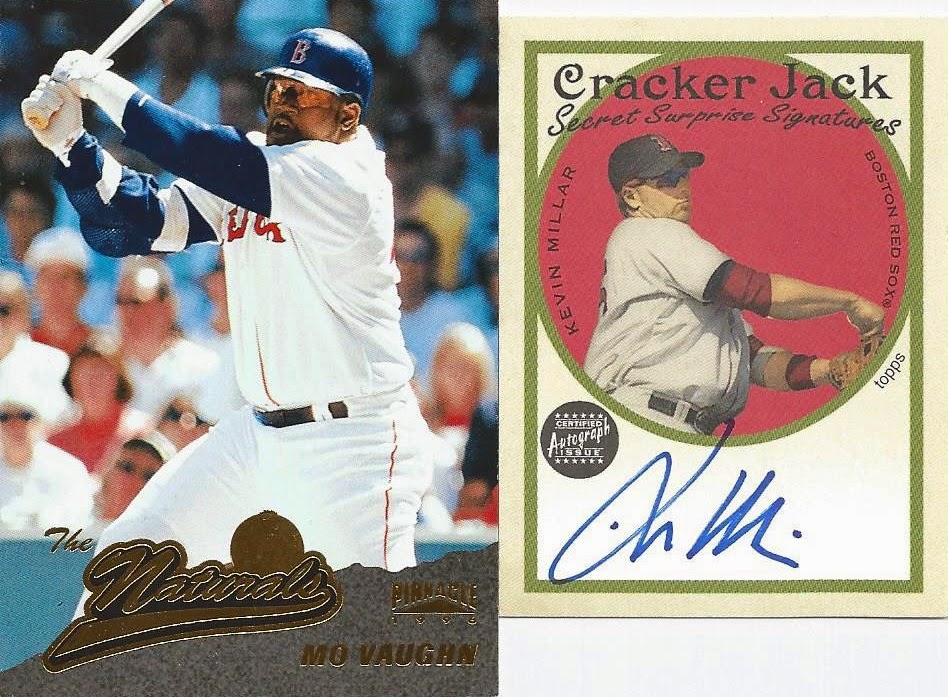 The card is smaller than your standard modern day trading card, just like the 1914 and 1915 Cracker Jack sets.  Obviously there weren't autographs in the original set, so Topps had to use some creativity with the design.  I think they did a wonderful job of maintaining the feel of the originals.  Secret Surprise Signatures is a good name for the autograph set, some nice alliteration there.

Kevin may not exactly be a magician with the pen, but I do like that he at least really took advantage of the space that was given to him.  You could never get an autograph like that on a sticker. Finally, here's a look at the back, which again does a solid job of conveying the feel of the original cards.  I'm impressed with this card for sure.  I feel like this is a case of Topps getting it right.  If they ever decided to produce a Cracker Jack set again I'm sure I'd buy a bunch.  In the meantime I'm glad to have this one in my Red Sox collection.
Posted by shoeboxlegends at 9:12 PM

Ah, Kevin Millar! Him and Chris Rose are so funny on Intentional Talk on MLB Network. Kevin Millar is one of my favorites: Awesome card!