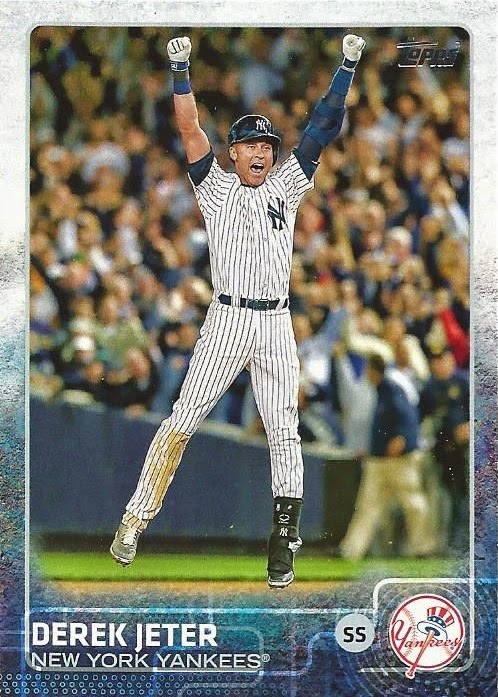 Three quick trade posts lumped into one this morning.  I'm determined to get caught up with trades soon here, and this should definitely help.  The first was a Zistle swap with user 'ironhorsecards'.  Sent him off a 2014 Allen & Ginter insert and a mini, and in return got 3 cards, including the Derek Jeter 2015 Topps card.  Wasn't fortunate enough to pull this one from the decent amount of product that I opened.  Nice to finally have a copy after seeing it posted about 500 times on other blogs. 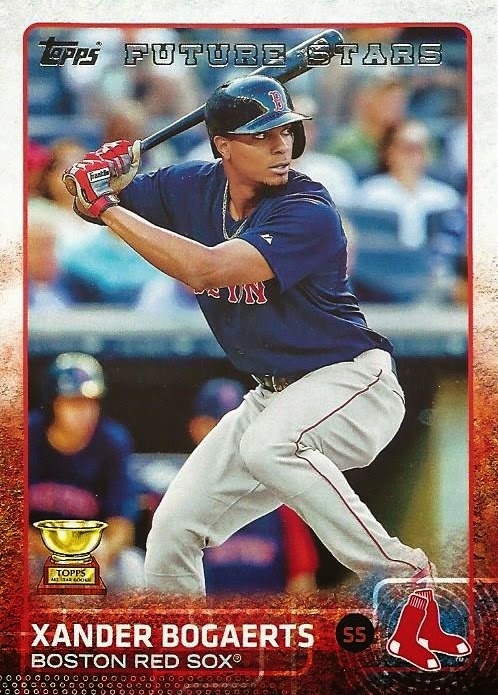 Also in the envelope was the last Red Sox card I needed to complete my 2015 Topps Series 1 team set, in the form of Xander Bogaerts' Future Stars/Rookie Cup card. 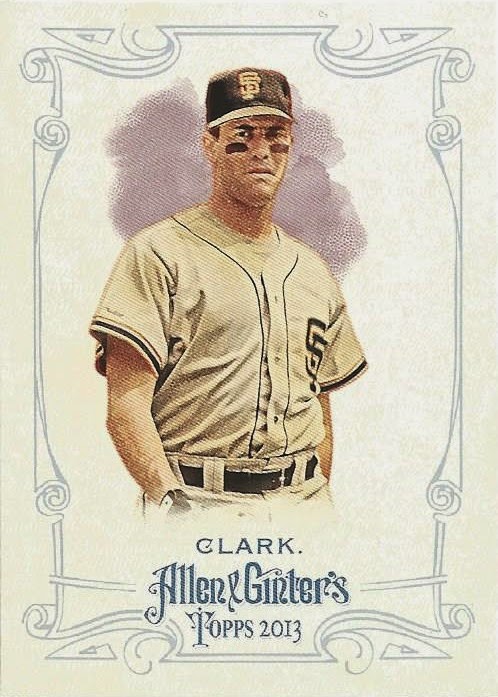 Rounding out the trio, a simple base card from 2013 Allen & Ginter for my Will Clark collection. 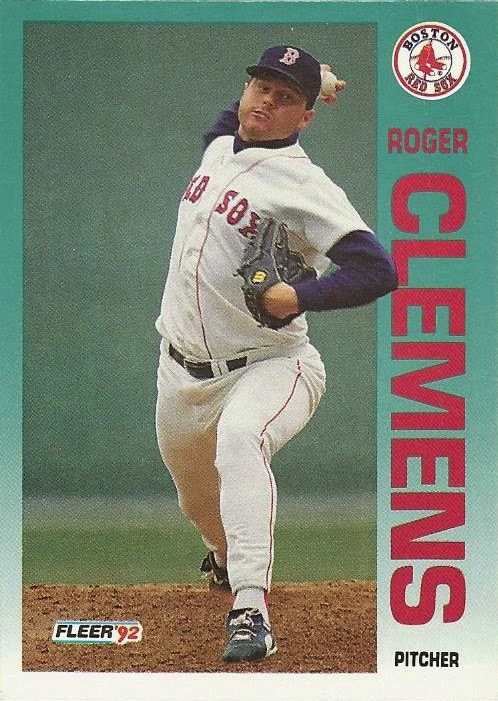 The results of another Zistle trade arrived in my mailbox last week as well.  This time, I sent two SPs (one A & G, one Gypsy Queen) to user 'sorphan10' for 6 cards off my want list.  Unbelievably, I still haven't completed the 1992 Fleer Red Sox team set yet.  With Roger Clemens here in hand, I think I'm just one or two cards shy now. 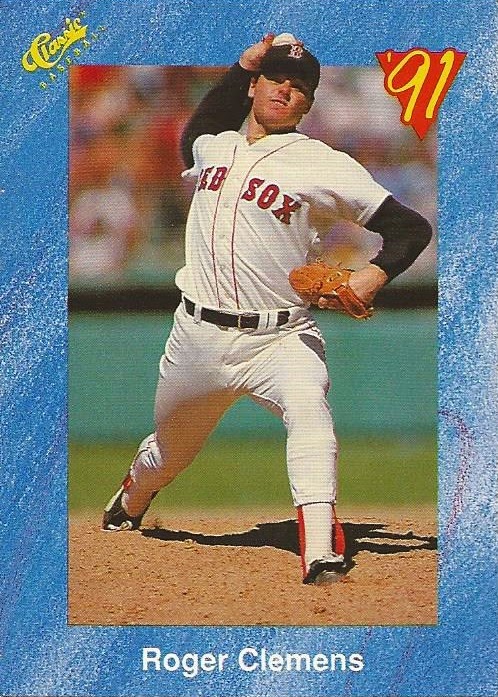 I've talked a few times before about my love for the late '80s/early '90s Classic cards, so I was very pleased to be able to land this one, from the 1991 Classic I set, via trade. 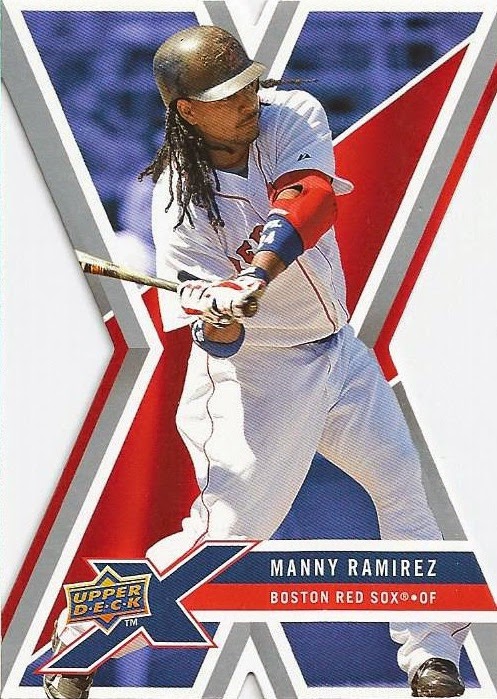 How about a couple of die-cuts from 2008 Upper Deck X? 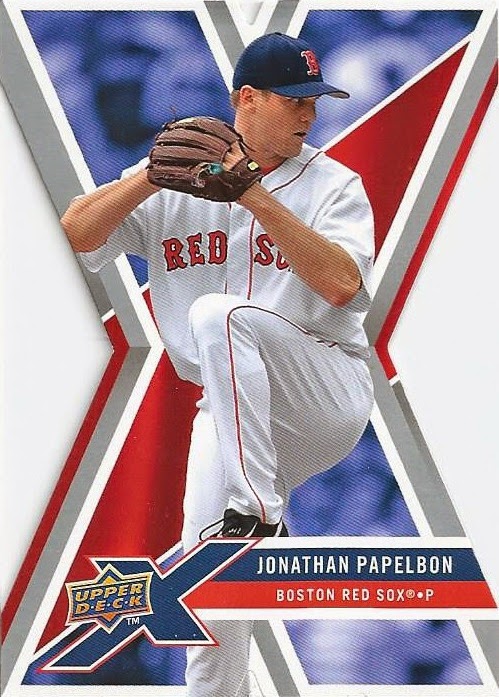 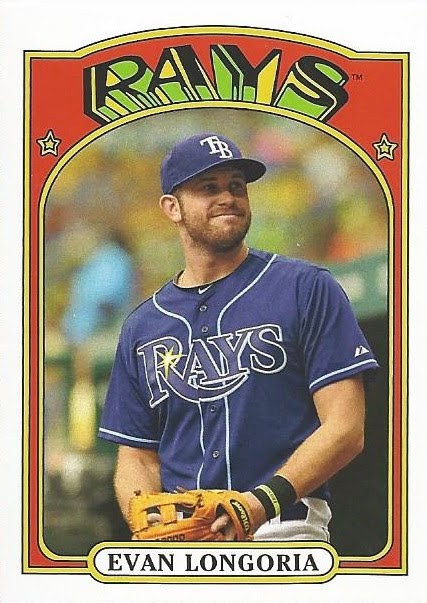 I'm half-heartedly working on the 2013 Topps '72 Minis inserts, so I couldn't turn down this one. 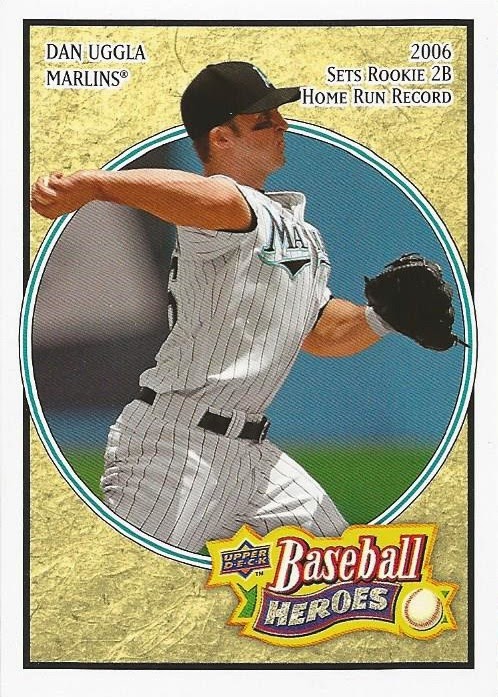 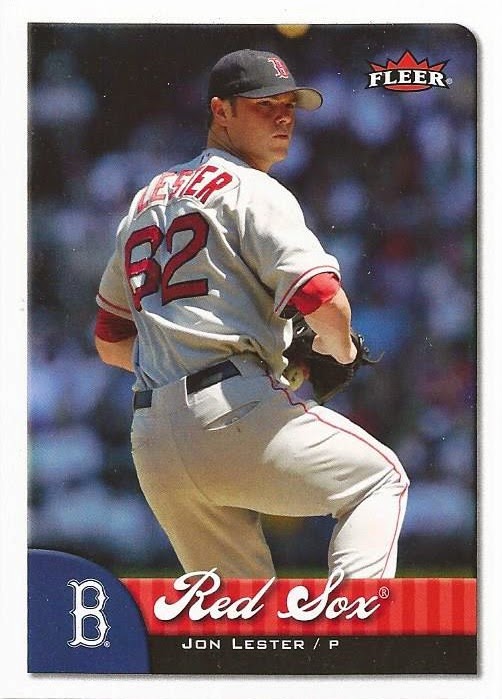 For today's final trade, I received a very unexpected envelope recently from Zach of The Underdog Card Collector.  Zach and I traded a couple of times years ago, but at one point his blog went dark and was eventually removed from my blogroll.  I had no idea that he's been back in action for nearly a year now! 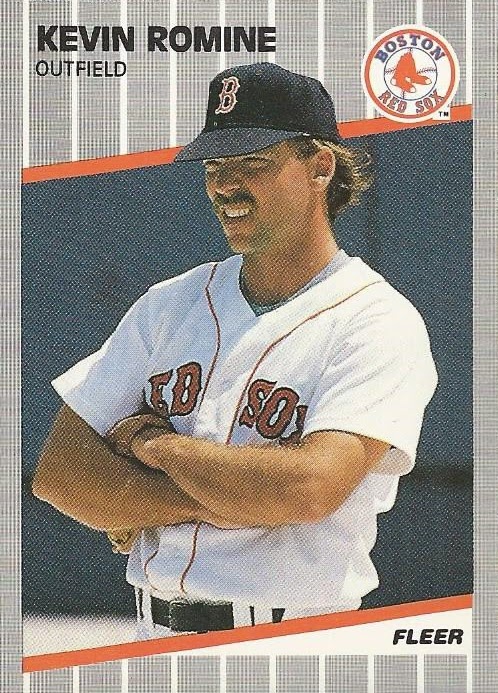 Zach sent a generous stack of Red Sox, probably 25 or more anyway.  In the end, I needed 7 of them.  Not bad actually for a blind trade, given how comprehensive my Red Sox collection is starting to become.  Besides, I have plenty of folks that I can send the dupes off to!

I could have sworn I already had the above Kevin Romine from '89 Fleer, but I found that this was a new card.  The one I had was the error version: 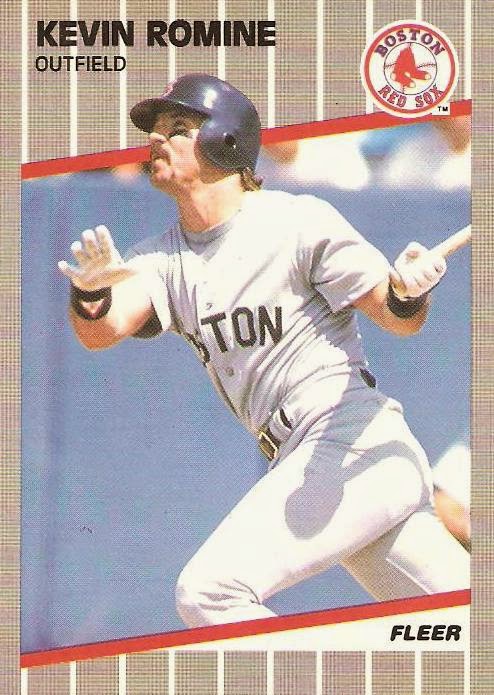 This card actually mistakenly shows teammate Randy Kutcher.  Fleer corrected it at some point, and began issuing the proper Romine card that Zach sent along to me.  Great to finally have copies of both. 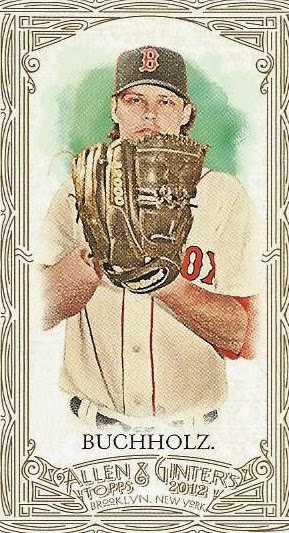 A nice gold mini from 2012 Allen & Ginter.  Clay's glove looks gigantic on this card for some reason. 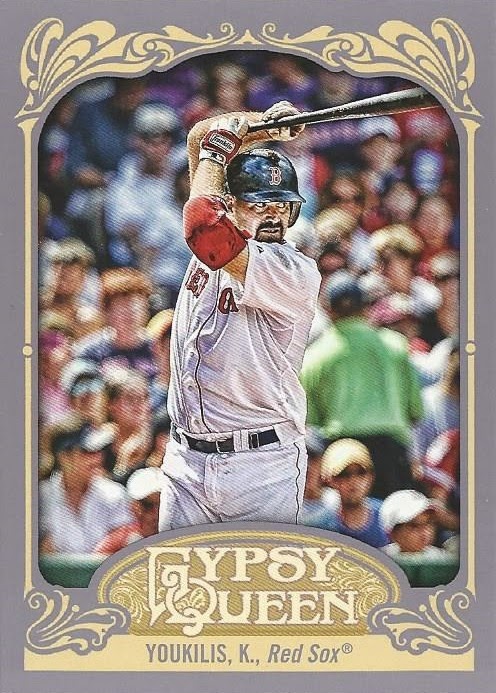 Here's a cool one, Kevin Youkilis from 2012 Gypsy Queen.  I never would have known this offhand, but when I entered this into my collection on Zistle I found out this is a short-printed image variation.  Kevin's standard card from this set actually shows him post-swing, and from a different angle. 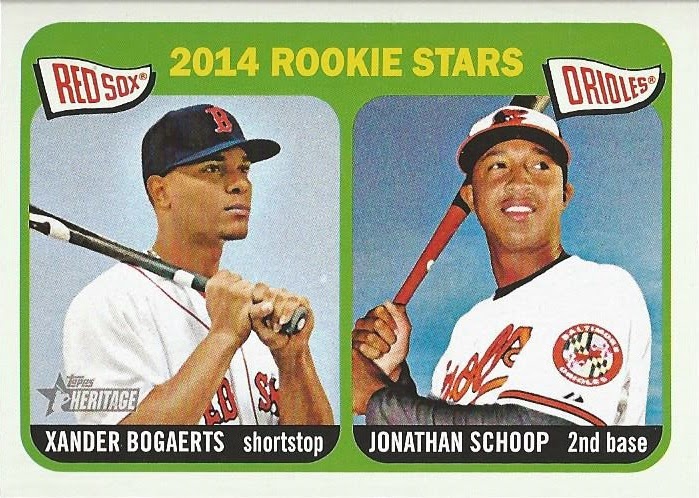 Zach also sent me one of the last basic Bogaerts rookies I think I need at this point, from 2014 Heritage.  This brings my tally up to 27 different cards of the young Sox shortstop.  Not too shabby! 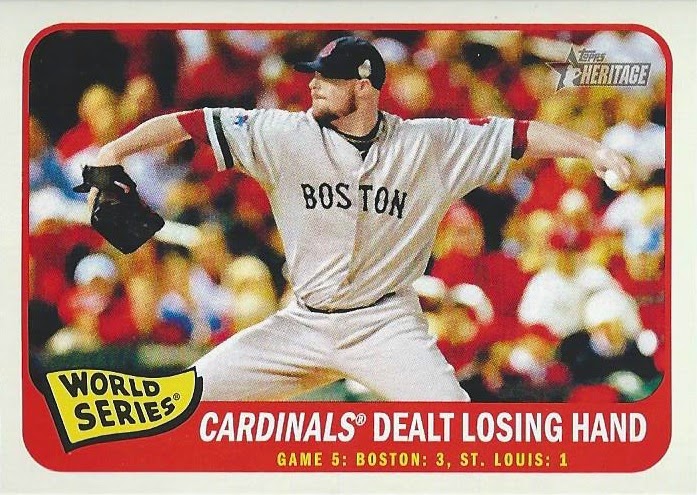 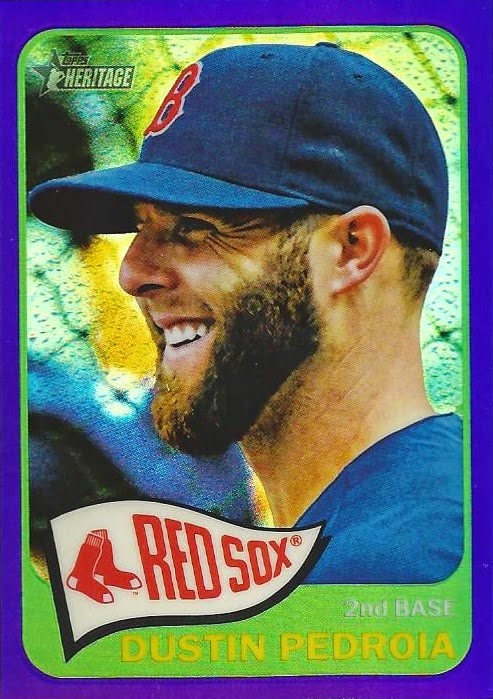 Finally, my favorite card that Zach sent along.  I love colored parallels and shiny cards, and this Chrome Purple Refractor combines both in a single piece of cardboard.  I should also mention that Zach was kind enough to include a great numbered Tim Wakefield card, as well as a Lester A & G Relic.  I didn't include scans of them here since I've already got copies of each, but I'll be shipping them off in my next package to Mark Hoyle so that they end up in a Sox collection where they'll truly be appreciated rather than sitting in my doubles box.

Awesome stuff Zach, and great to hear from you after all this time!  I've got a stack of Padres that I pulled this week which will be headed off in the mail soon...
Posted by shoeboxlegends at 8:49 AM

I'm super glad the cards made it to you as some of these were things I pulled especially for you at card shows over the past year+!

I'm glad you noticed the Youklis, and also super glad a few of the other Heritage boards filled holes in your collection. I thought you might like that schnazzy good looking Pedroia.

Thanks for including me in another great post of yours and I'll be sure to email you back in just a few...

Looking forward to getting back that trade momentum we were building up!