The Rest of the Red Sox from Alaska

A couple of days ago I posted the first part of an amazing trade package I received from David, who resides all the way over (and up) in Alaska.  Today I've got the remainder of that package to show you, in the form of half a dozen really slick cards.  Let's get started... This Matt Thornton is just my second or third 'Camo' parallel from last year's Topps baseball set.  These aren't all that easy to come by, and are serial numbered to just /99 copies each.  As a team collector, I love obscure cards like this (Matt pitched in relief just 20 total times for the Red Sox in the latter half of 2013, and has since spent time with the Yankees and Nationals). 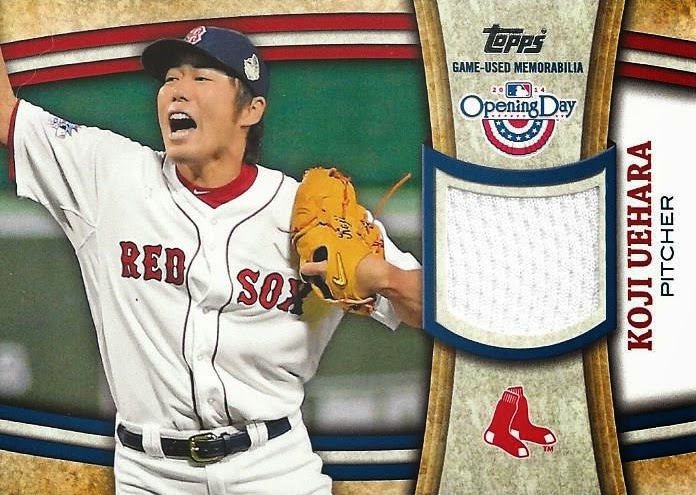 I hinted in the last post that there was an even cooler Koji Uehara card upcoming, and here it is!  This is my very first relic of the Sox closer.  Awesome stuff. 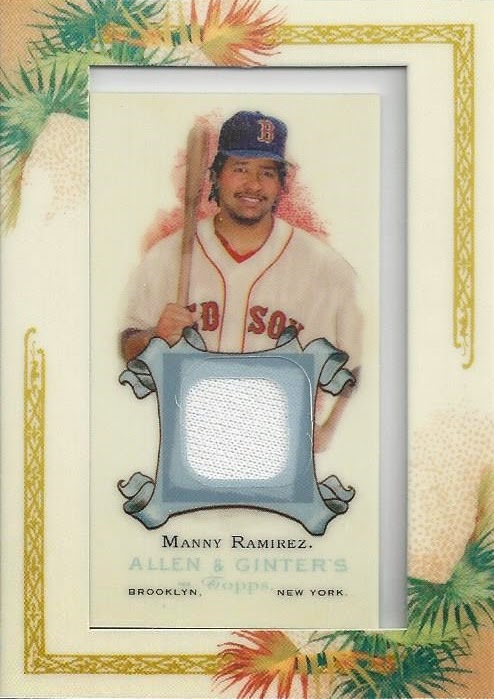 While we're on the relic portion of the package, here's a great one from 2006 Allen & Ginter.  I didn't start collecting cards again until 2007, so anything 2006 and prior is somewhat foreign to me.  The A & G framed relics sure are nice though, I should make it a point to pick up any and all of these that I'm still missing. 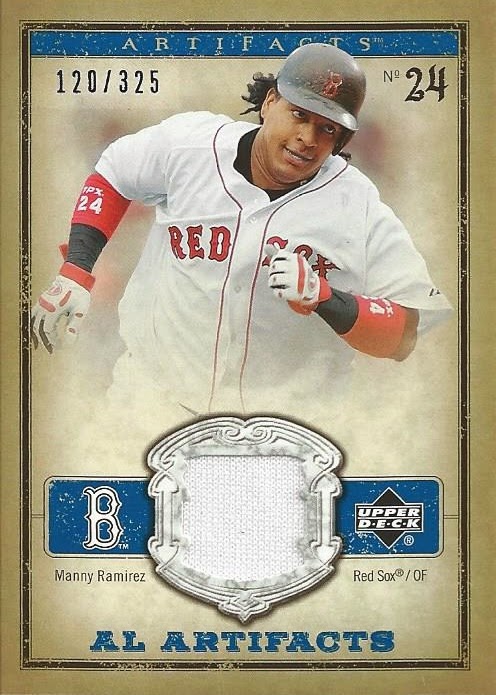 Another Manny!  This one is from 2006 Artifacts, serial numbered to /325 copies.  These represent my 7th and 8th Ramirez relic cards, and strangely enough my 99th and 100th Ramirez cards in total.  Thanks David for pushing me into the triple digits for yet another Sox star. 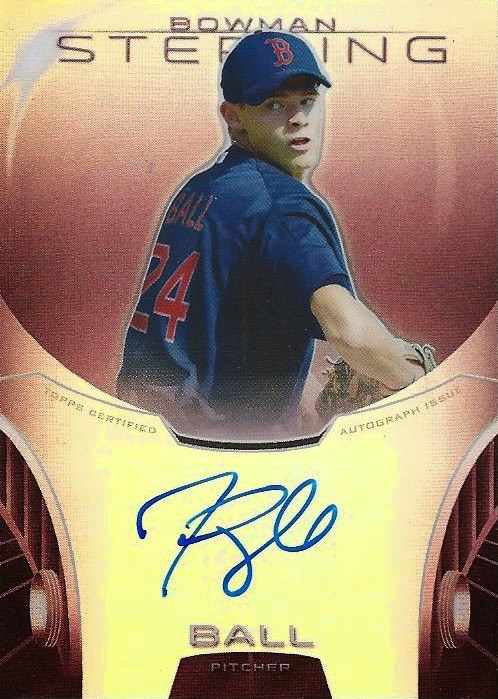 How about an autograph as well!  This is from the 2013 Bowman Sterling set.  It's a Ruby Refractor autograph, which aside from the coloring was easy to identify based on the fact that it's serial numbered to /99 copies.  Trey Ball made 22 starts with the Red Sox single-A affiliate last year and got clubbed around pretty good, but the kid's only 20 years old and is a highly touted prospect, so we'll see... 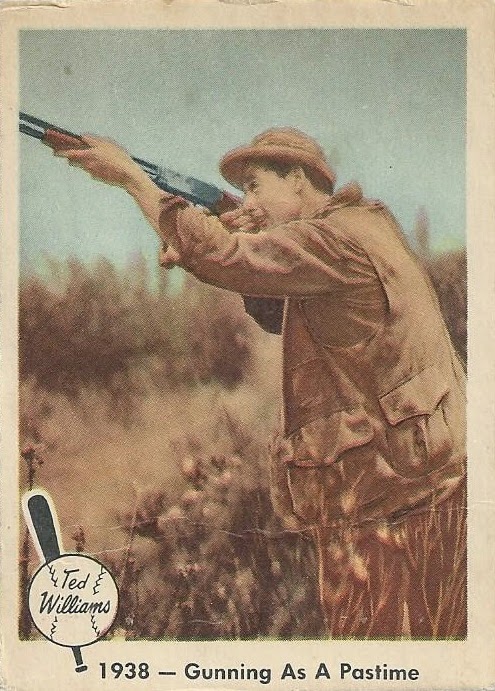 In closing, easily one of, if not the coolest card in the package.  Teddy Ballgame out hunting!  This is actually my first card from the 1959 Fleer Ted Williams set, period.  I can't believe how generous David was in sending this to me.  It's not every day that you get a Ted Williams card from the '50s in the mail by surprise!  I guess it's appropriate that I began this post with a camo parallel and ended it with a hunting card. 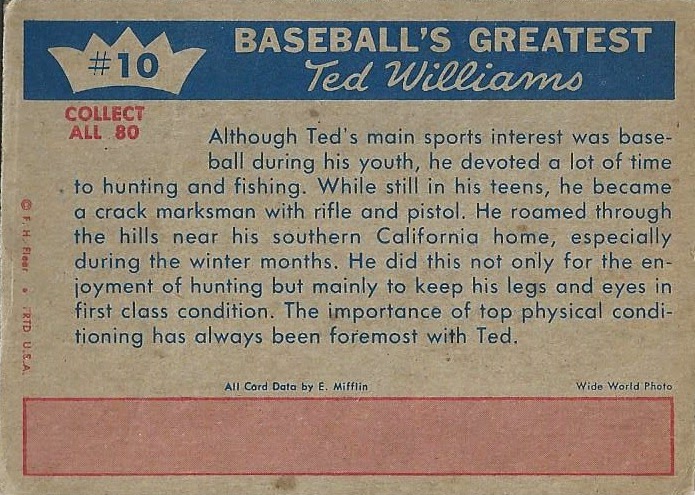 David, my thanks again for the wonderful bubble mailer.  These cards brought me a lot of joy, and will be welcome in my growing Red Sox collection for many years to come!
Posted by shoeboxlegends at 1:34 PM

The 59 Fleer Ted Williams set was an obsession of mine last year. Need one card for completion. Card # 68 possibly one of the toughest most expensive cards from the 50's to get your hands on.