Thanks to the generosity of all the wonderful folks in this hobby, the number of inbound packages that I've yet to show off is starting to grow to an uncomfortable number.  Let's make a little forward progress on that front anyway, and check out the contents of a PWE I received from the great Joe Shlabotnik, probably a few weeks ago now! 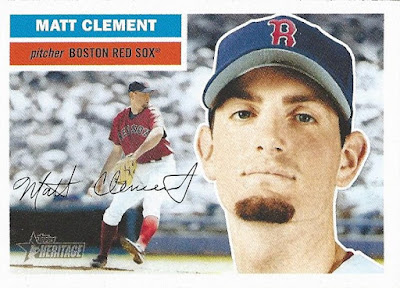 You can't go wrong with Topps Heritage as a team/player collector.  It's even better when it's a need from one of the earlier Topps Heritage releases, which came out during the period where I was not collecting cards whatsoever (1996/1997 or so, until late 2007).  Awesome. 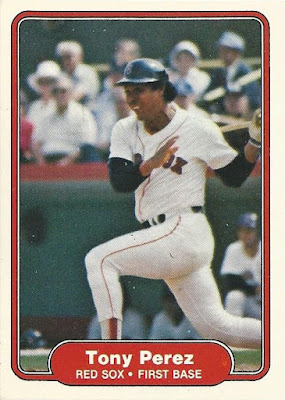 Amazingly enough, with well over 5,000 Red Sox and counting in my organized collection on The Trading Card Database, not a single one of those was from 1982 Fleer.  Joe helped me out on that front in this particular PWE, with a couple of big names too!  Tony Perez is the first. 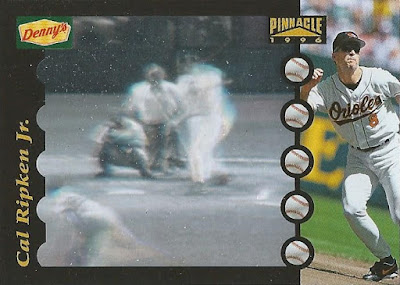 I love me some Cal Ripken Jr., and as a child of the late '80s/early '90s I'm also a fan of holograms.  Combine the two, and you've got a keeper for my collection.  Side note, there is actually a Denny's in my town today.  Tried it once for breakfast with my wife about five years ago, haven't been back since and don't plan to.  Let's just say I'm more impressed with their baseball cards than their omelettes and home fries. 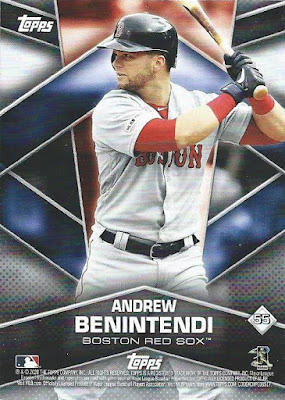 Here's one that's actually a back of one of the stickers in the 2020 Topps Stickers set.  Technically this doesn't increase my Red Sox count on TCDB, because for some reason only the players on the fronts of the stickers are noted in the database.  I hope that maybe someday a collector will take the time to request all the back players/teams to be added, but it's certainly not going to be me! 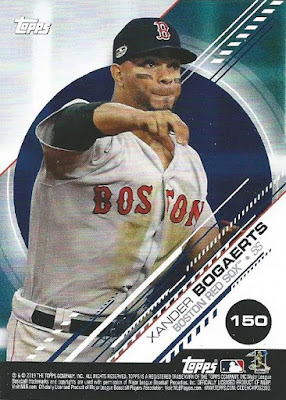 Same deal with the 2019 Topps Stickers set.  If you listen to TCDB, this is not a new Xander Bogaerts card... 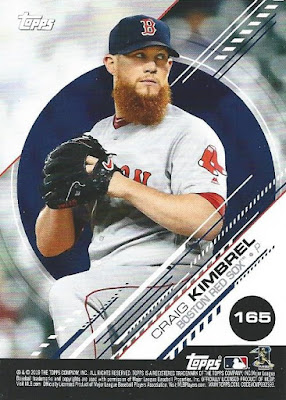 ...and this is not a new Craig Kimbrel, either.  They count to me though, and that's what matters. 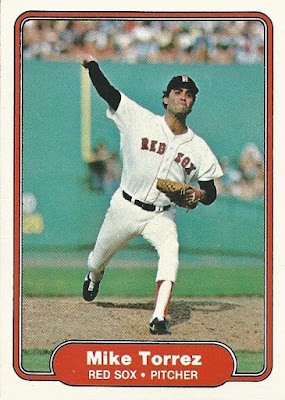 Back to the '82 Fleer well, but with all due respect to Mike Torrez he was not the other "big name" that I mentioned above.  That honor would go to... 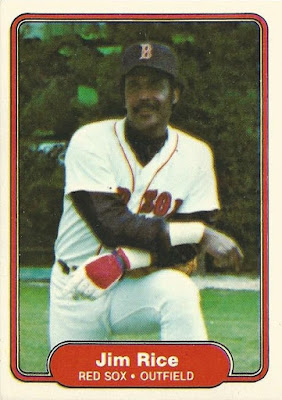 ...fuzzed out Jim Rice!  I feel like if I had three or four post-work beers tonight, then maybe Jim would come into focus.  Gotta love '80s Fleer.  It's great to have these three in hand to kick off my team set.  I say kick off, because Joe sent me a much larger package only in the past week that really gets me moving on this release!  More on that later though. 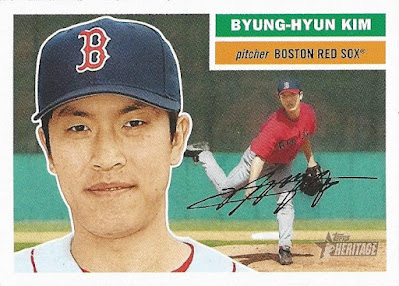 As far as this particular PWE goes, we'll close it out with another pair from 2005 Topps Heritage.  Submarine-delivery wonder Byung-Hyun Kim... 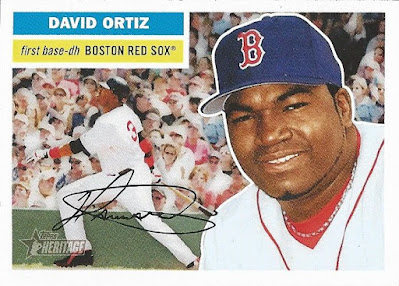 ...and arguably the greatest clutch hitter in team history, certainly the greatest in the current century anyway.  These are really sharp looking cards.  Even though I wish Topps had printed them oversized to match the original '56s, I get that a lot of collectors aren't into that (see 1989 Bowman).
Like the Fleer cards above, these 2005 Heritage singles are just the beginning of my team set build.  Joe also delivered more of these in that latest bubble mailer I talked about above.  I'll be featuring the contents of that one soon (just scanned them all in today), but until then thank you to Joe for this wonderful assortment of Sox, and thank you to everyone else for stopping by!
Posted by shoeboxlegends at 6:00 PM

Voting for the Jim Rice.

Big Papi got shot a while back.

I spent some time earlier this year refining my 2005 cards and the first thing I did with the unwanted-by-me cards is bounce it off of a few wantlists... It seems that whenever I check your wantlists to see if you have cards, you've already got ones I considered sending. I'm happy to finally fill some needs for you!

Most of those Fleer cards were ones I pulled from packs back in 1982... I loved 1981 Fleer and tried my best to love 82F, but it only went so far without beer goggles. :-D

My buddy and I went to Denny's after a card show a few years ago and it wasn't very good. But back in the 90's they had two things going for them... cards and the fact that they were open all night... so my buddies and I could go and study. These days they don't have cards and I graduated from college twenty-something years ago. Can't imagine I'll go back there anytime soon.

Isn't Clement the guy who took a line drive to the head?
Benintendi's stats are starting to look a lot like what Greenwell did.