Spent quite a bit of time tidying up around the house this past week, and over the course of this weekend.  Here are some baseball cards I rounded up, scanned, and added to my official, proper collection during that process... 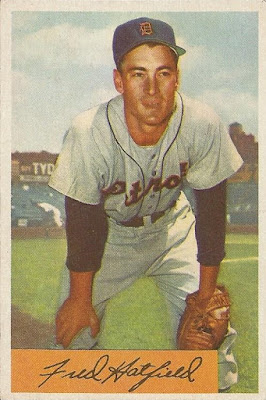 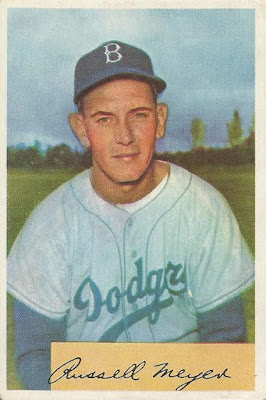 ...and Russ Meyer!  I'm particularly pleased to have landed this one, as I adore '50s Brooklyn Dodger cards.  Believe it or not, these were picked up in a small lot of cards that contained primarily football, about a year ago!  Most of those cards were used in my "one football card per Patriots game" posts last fall and winter, but these two baseball stragglers waited until now to be showcased on the blog. 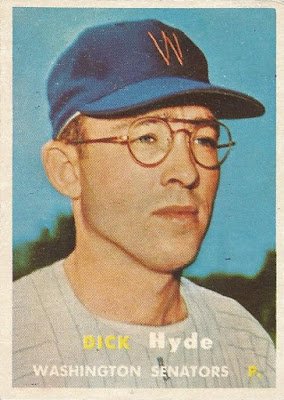 Here's one from a dollar box a long, long time ago.  A '57 in great shape with those awesome shades was absolutely coming home with me for a buck. 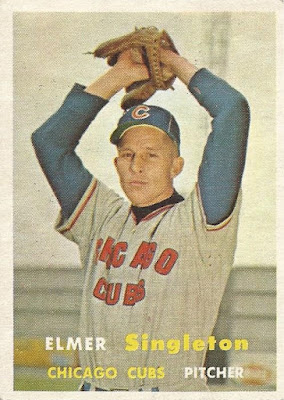 As was this Elmer Singleton, also in fantastic shape.  I've worked less hard on '57s than any other 1950s set.  It's not that I dislike this release at all, it's just that there are a few others I enjoy quite a bit more from the decade.  Either way, happy to have these two! 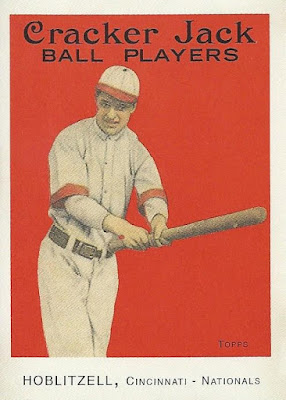 This is from one of the mid-2000s Topps Cracker Jack sets, scooped up years ago from a quarter bin.  While I've been fortunate enough to acquire a few legitimate pre-war Cracker Jack cards over the years, Dick Hoblitzell has eluded me (there's a version of this card where he's listed with the Red Sox that I'd love to acquire someday).  Probably always will elude me though, so I'm happy to have this one, which I almost consider a reprint of sorts even though it's part of a "new" modern set. 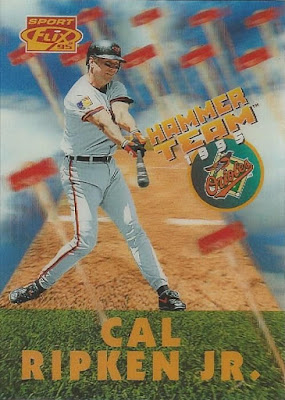 Love me some Sportflix Hammer Team!  Always been a big Cal Ripken Jr. fan too, so there's no way I was leaving this card behind in the same quarter box as the Cracker Jack Hoblitzell. 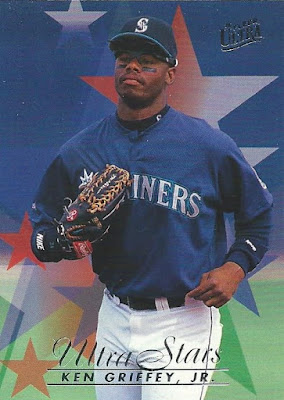 More from that quarter box, with a patriotic Fleer Ultra Griffey.  I won't be retiring based on the value of any of these cards, but they sure are pretty. 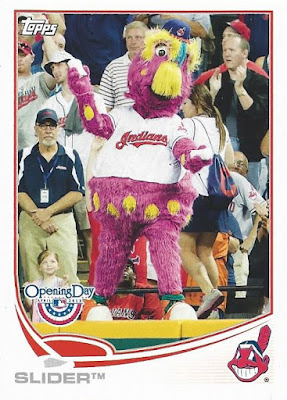 Any Opening Day Mascot insert that I don't already have was automatic "add it to my stack" fodder when quarter box browsing was a thing. 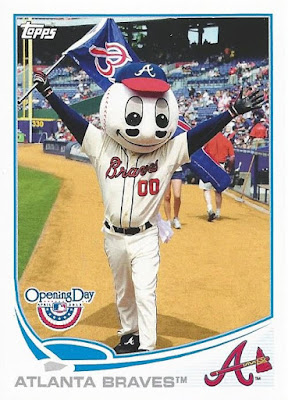 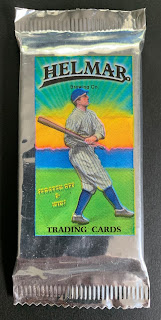 Let's close it out by featuring another of these cool Helmar packs I received for my birthday last year as a gift from my awesome parents.  Three mini cards in each of these packs... 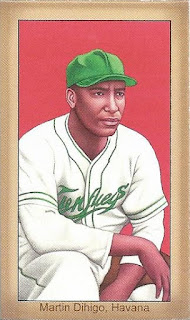 Cards like this one are what make this set so awesome.  I'm ashamed to admit that I'd never heard (at least as far as I recall) of Martin Dihigo before pulling this card.  He had a distinguished career in both Cuba and the Negro Leagues, and is actually enshrined in Cooperstown (elected by the Negro League Committee in 1977).  My first card of the man, and I'm very proud to own this one. 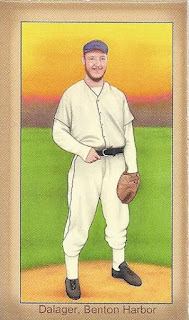 Lloyd Dalager was the last living member of the local Benton Harbor, Michigan traveling baseball team when he passed away a few years ago.  The folks that produce Helmar cards are from the Benton Harbor area I believe, in case you were wondering why there's such an obscure subject on the checklist. 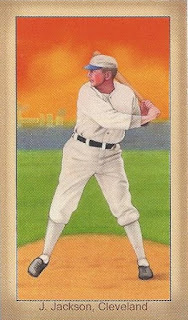 Last card for this evening, and it's the great Shoeless Joe Jackson!  It's not every day that you pull a Shoeless Joe card from a pack, and he's the perfect subject for a vintage-themed set like this.  Love that glowing orange summer sky.

An interesting trio there, easy to see why I enjoy this Helmar set so much!

Well, that's all I've got time for this evening, but I'll be back with more new content every day this week.  Until then, thanks as always for stopping by, and enjoy your Sunday evening!
Posted by shoeboxlegends at 5:50 PM

Love that Helmar series. Was trying to build that set... but it was hard to find a checklist and when I did, I discovered that I wasn't even close to completing it. They're still pretty awesome looking cards though.

Shoeless Joe was originally a pitcher. But when he broke a batter's arm with a pitch, nobody wanted to bat against him.